These 8 Countries Have Banned Wild Animals in Circuses…Why Can’t We Do it? 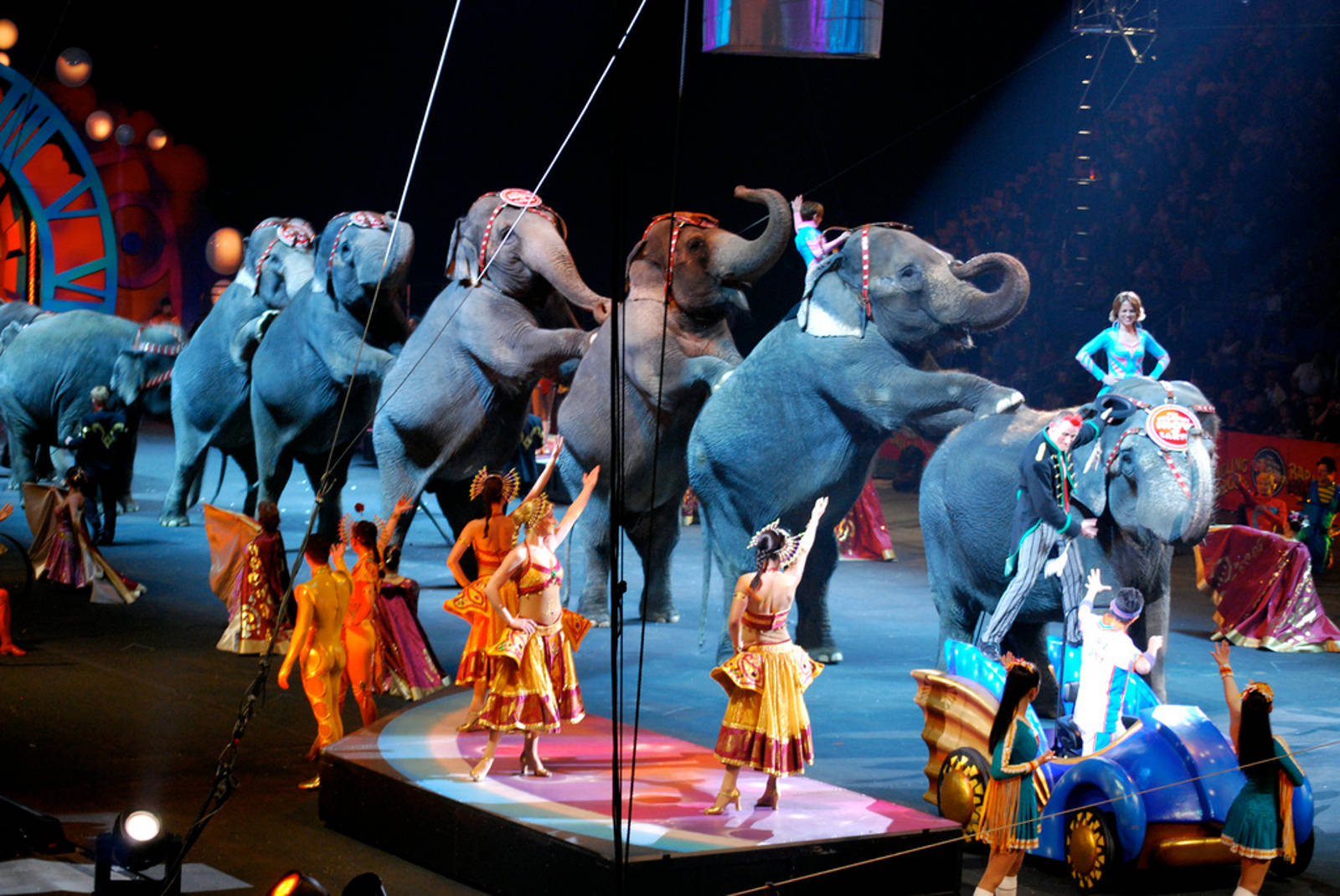 For a number of countries, circuses are a thing of a past; a dark page in the history of animal abuse. Yes, you read right, there are countries that have completely banned circuses within their borders. Unfortunately, the U.S. and a number of other countries are not among them, in spite of the various abuses that the animals are subjected to.

While some countries have banned the use of certain species in circuses, others have banned them in certain areas.  Animal Defenders International (ADI) has had a major role in many countries, and in many cases has been responsible for sweeping bans across continents like South America and Europe. The following list contains some wonderful countries that have banned wild animal circuses in their entirety:

Bolivia deserves a round of applause for being the first country in the world to ban the use of animals in circuses – both domestic and wild. According to Discovery News, under the Bolivian law number 4040, “it is forbidden to use wild and/or domestic animals in circuses throughout the country.” Co-author of the law, Anita Serrana Revollo, initiated a campaign that was responsible for the decision with support from a member of the Bolivian Congress, Ximena Flores, and ADI. According to The Guardian, the ban, which took effect on July 1, 2009, “was proposed after an undercover investigation by the nonprofit-making London-based group Animal Defenders International (ADI) found widespread abuse in circuses operating in Bolivia.”

Some of the abuses that were uncovered by the investigation were lions confined to cages for long periods of time, two pregnant lionesses being forced to perform, and three brown bears and a mandrill that were confined to miniscule cages, as reported by Zoo Check Canada.

According to ADI, the ban was won through a collection of evidence, the sharing of the footage on major television channels, and the push for national legislation.

Peru is welcomed in to the list as the second South American country to ban the use of wild animals in circuses after Bolivia. The city of Magdalena del Mar has a local ban on all animals.

“Representatives Alexander Rebaza (APRA) and Jose Urquizo (Gana Peru) introduced the bill and have championed it throughout the legislative process,” reported ADI.

According to ADI Chief Executive Jan Creamer, “Peru has looked at the evidence, the undercover investigations, the scientific reports and seen the suffering of the animals. The people of Peru have been adamant in their support of a ban, and both the Congress and President have listened.”

In February 2011, ADI “completed an enforcement operation with the Bolivian authorities and removed every single animal from circuses in Bolivia. 29 lions were moved from Bolivia to the United States.”

Tim Phillips of the ADI launched the Stop Circus Suffering campaign in Greece in 2006. The report states that the Greek Government “banned the use of all animals in circuses following a campaign by ADI and the Greek Animal Welfare Fund (GAWF), backed by over 50 local animal protection groups across Greece. The new animal protection law also addresses a number of important issues concerning stray animals.”

Six years later, the ban came in to place, and according to The Greek Reporter, it is “the first ban of its kind in Europe and it is putting a lot of pressure on neighboring nations.” Greece is the second European country and the first EU nation to ban all animals in circuses.

Cyprus followed Greece and Bosnia and Herzegovina as the third European country to have a ban on the use of all animals in circuses. The International Organization for Animal Protection (OIPA) reported that “other amendments to the law include the prohibition of surgical operations for the purpose of modifying the appearance of an animal or for non-curative purposes, as the removal of tails, ears and vocal cords.”

The ban came after 14 years of work by both the Cypriot Green Party and the animal rights nonprofit Animal Responsibility Cyprus, according to Euro Group for Animals.

Paraguay is the third country in South America to ban animal use in circuses. The ban resolution was passed by the Secretary of the Ministry of the Environment, as ADI reports. The Associated Press also reported via Yahoo that “local animal rights activists have also launched a campaign to swap horse-drawn carts used to collect household waste for carts pulled by cheap motorcycles,” in light of the circus animal ban.

Back in 2008, “the Dutch parliament nearly agreed on a ban, but (now,) in 2012, the new coalition finally states that the use of wild animals in circuses should end,” the Times of Malta reported. The Netherlands was the third European country to ban wild animals in circuses on Oct. 29, 2012, with Dutch News reporting that the town of Winschoten in the Northeast of the country became the first to do so, which was initiated by the group ChristenUnie.

Slovenia became the fourth EU country to ban wild animals in circuses, reported ADI. Although Slovenia itself had no circuses within the country, “there were tours by foreign circuces with wild animals in Slovenia every summer,” according to the blog Veganska Iniciativa. In the same animal protection law, farming and hunting animals for their fur, skin, down, and feathers and the practice of conducting religious slaughter without stunning were also banned. Slovenia joined countries such as Austria, Croatia, Bosnia and Herzegovina, the U.K., Serbia, and the Netherlands in passing bans on fur farming.

To read the worldwide circus bans other nations have, follow this link to the ADI website. To find out about the Stop Circus Suffering campaigns in certain countries, follow this ADI link.

Don’t see your country on the list? Then consider starting your own campaign to end animal circuses!