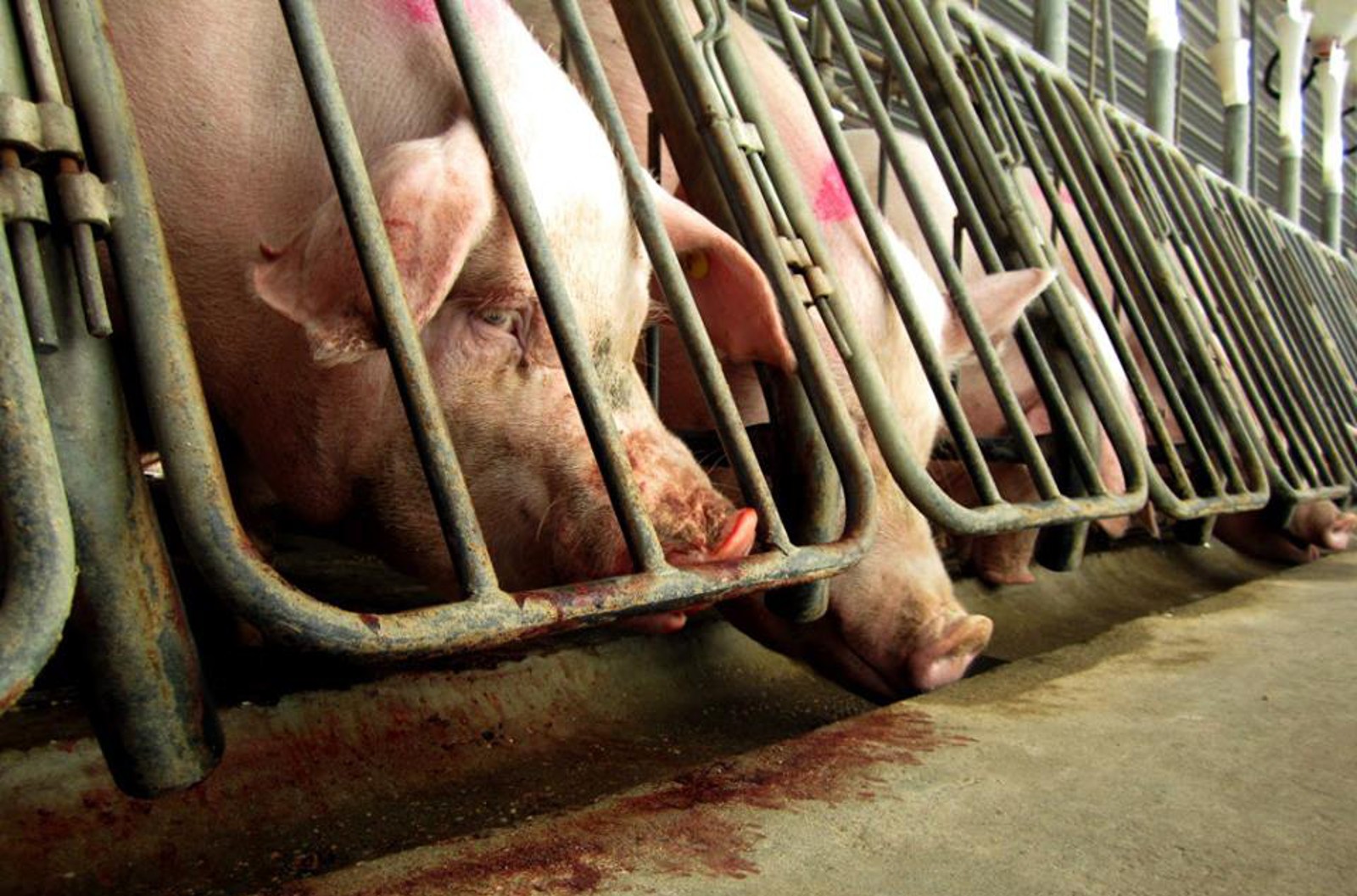 It’s no secret that industrial animal agriculture, or factory farming, is an incredibly cruel system and that the animals living in these facilities suffer greatly. Undercover investigations have revealed employees body-slamming piglets against concrete floors and chickens thrown, kicked, and beaten. Newborn calves are torn from their mother’s side just moments after birth. Even aquatic animals aren’t spared this abusive treatment. Footage shows workers ripping the limbs of live lobsters and skinning fish alive.

As if this wasn’t enough, the harmful effects of factory farming are far reaching and extend beyond the plight of animals. Though many don’t realize it, our health, the environment, and even our wallets are negatively impacted by modern day, industrial farming. The benefits of ditching the animal products and leaving factory farms in the dust far outweigh the benefits of burgers and bacon. And if we want to live in a cleaner, healthier world, then that’s exactly what we need to do.

The effects of factory farming aren’t contained within the walls of these facilities. Aerial views of industrial farms show large “waste lagoons” where urine and feces is funneled. According to the Natural Resources Defense Council (NRDC), “these cesspools often break, leak or overflow, sending dangerous microbes, nitrate pollution and drug-resistant bacteria into water supplies.” In addition to polluting the water, these lagoons also emit dangerous gases into the air, including ammonia, methane, and hydrogen sulfide. While we often think of cars as being the number one threat to the environment, we now know that these animal agriculture facilities are the real culprits.

It’s pretty well-known that eating excess meat and other animal products contributes to diseases like heart disease and cancer. However, this is not the only negative effect factory farmed meat has on our bodies. Farmers have been feeding animals antibiotics meant to treat human illnesses since they found that these drugs increase the weight the animals gain. Heavier animals equals more meat. The bacteria in the animals eventually becomes resistant to the drugs. “According to microbiologist Dr. Glenn Morris, the problem for humans is that if a person ingests the resistant bacteria via improperly cooked meat and becomes ill, he or she may not respond to antibiotic treatment,” PBS reported.

When nearly 870 million (one in eight) people are hungry, we have to ask ourselves what we can do differently. As countries develop and become wealthier, the demand for meat and other animal products increases. Meat is the rich man’s food. However, in order to raise animals for human consumption, we have to feed them. And what do we feed them? Soy, corn, and wheat. These crops could be put to better use by feeding the world’s hungry, rather than feeding the food of the wealthy. Since American livestock eats 70 percent of the grain and cereals we grow each year, one thing we can do differently is eat fewer animal products and send those crops directly to people who would otherwise starve.

In addition to our health and the health of the planet, factory farming also affects the health of our wallets, so to speak. Because heart disease occurs when “plaques of cholesterol and other substances…form in the artery walls…,” meat eaters have a 50 percent greater chance of developing heart disease. This is because cholesterol is made in the livers of animals (humans included), therefore only animal products contain dietary cholesterol.

The diseases that we get from eating animal products, heart disease and cancers in particular, are costly. Being at high risk for such ailments will hike your insurance premium if you have private health insurance. In addition to to insurance, consuming these cholesterol and antibiotic-laden factory farmed products will cost you at the pharmacy too. That pricey, name-brand cholesterol medication comes with a steep co-pay. And let’s be honest. Most of us don’t have a bunch of extra cash lying around to pay for heart surgery.

Think we have a right to know where our food comes from? Not everyone agrees. Some states are trying to pass laws, affectionately known as “ag-gag laws,” to make it a crime to take a picture of what goes on in these facilities. The punishment for gathering evidence, whether video, audio, or photography of animal cruelty is often far greater than the punishment for abusing the animals in the first place. Idaho recently passed this law, making it the seventh in the country. Essentially, it is now illegal to catch an employee doing something illegal on one of these so called “farms.”