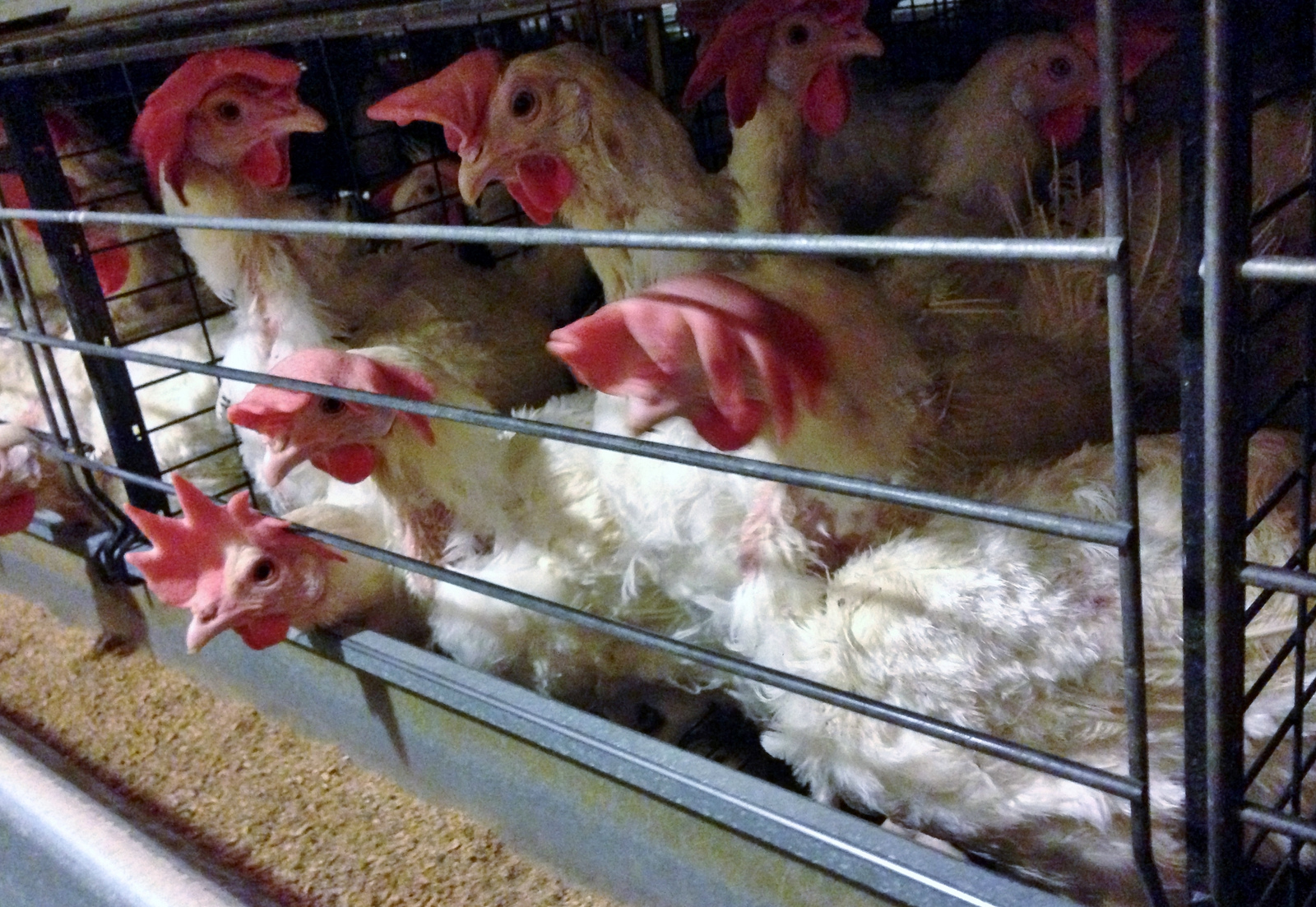 Ag-gag bills are being introduced all over the country in an effort to stop undercover investigations. These bills, to varying degrees, make it a crime to “blow the whistle” on unethical factory farming practices. This could mean jail time, a hefty fine, and other ramifications for taking a picture or video of what happens on a factory farm.

Idaho just passed an ag-gag law that will “punish violators with up to a year in jail or a $5,000 fine; critics note that’s the same as the state penalty for animal abuse.”

That’s some seriously backward thinking folks. Governments, groups of people supposedly looking out for the public interest, are instead passing these bills what would cover up abuse, rather then, oh I don’t know, stopping the abuse itself?

As a follow up to last week’s news story on two recently released undercover investigations by Mercy for Animals (MFA) and the Humane Society of the United States (HSUS), we thought the time was right to take a look at some other landmark cruelty investigations. As I’ve said before, we must come to understand that abuses like this are commonplace in factory farming.

Footage Documented: According to the HSUS, workers on the factory farm subjected cows to “repeated hot shots (electric shocks, including in the anus and the eye), tail twisting, shackling and dragging, ramming with forklifts, and, yes, even high-pressure water hosing in the mouth and nose to simulate drowning.”

The majority of animals processed at this plant were destined for the school lunch program, reports the 2008 press release.

Outcome: The HSUS filed a False Claims Act which, “empowers private citizens with knowledge of fraud against the U.S. government to present those claims by bringing a lawsuit, called a qui tam suit, on behalf of the United States to recover significant civil penalties and treble damages” against Hallmark Meat.

As a result. a partial settlement was reached in which, “Donald Hallmark Sr. and Donald Hallmark Jr. under the terms of the agreement, the Hallmarks will pay the bulk of their remaining personal assets to the U.S. Department of Justice, and also make structured payments over the next five years, for a total of $316,802.”

This case was the first of its kind to bring on a fraud charge based on farm animal cruelty. The fraud itself was in reference to the company defrauding the federal government “by violating and misrepresenting their compliance with the terms of their federal school lunch program contracts requiring the humane handling of animals.”

Later, this investigation lead to the largest recall of meat in U.S. History, 143 million pounds of beef, due to letting ailing animals enter the food supply.

Footage Documented: According to the HSUS, “Videotape from the investigation reveals that dairy calves only a few days old—many with their umbilical cords still hanging from their bodies—were unable to stand or walk on their own. The tape shows that the animals were kicked, slapped and repeatedly shocked with electric prods and subjected to other mistreatment.”

Outcome: The plant was closed a few months after the investigation was released, reports Ecoworld. Additionally, two workers were charged with animal cruelty. HSUS reports that “Vermont Attorney General William H. Sorrell announced a plea deal with Frank Perretta, one of the owners of the plant. Perretta was charged with criminal animal cruelty for excessive shocking of baby calves before they were slaughtered. Under the terms of the agreement, Perretta will pay a fine of $2,000 and complete 120 hours of community service. Most remarkably, he is banned from participating in any animal husbandry or slaughterhouse activity.”

Footage Documented: This investigation was talked about by the pork network, who wrote, “The video focuses on gestation-sow stalls and the workers mis-handling of sows and piglets. Among the images are downed and injured sows, a sow with a prolapsed uterus, piglets being tossed and swung by legs and ears.” Jimmy Siler, an investigator with the Wyoming Livestock Board told CBS4, “I would anticipate there might be charges.”

Outcome: And charges there were. Nine workers (including two managers) were charged with counts of animal cruelty and five eventually plead guilty to the charges. The HSUS reports that “an animal cruelty conviction in Wyoming carries a maximum penalty of up to two years in prison and/or a $5,000 fine.”

Outcome: In this case, five calves were saved from this horrific cruelty. They now live out their lives in peace at the Gentle Barn in California. All calves had a long road to recovery due to their hard start in life, but visit the link above to see them experiencing pure happiness. In addition, the owner of E6 Cattle Company “was handed down [a] one-year probation and ordered to pay a $4,000 fine after the judge entered a deferred adjudication on the Class A Misdemeanor cruelty-to-animals charge,” via MFA.

Footage Documented: North Carolina 2011 footage revealed workers “violently kicking and stomping on birds, dragging them by their fragile wings and necks, and maliciously throwing turkeys onto the ground or into transport trucks in full view of company management” in addition to “employees bashing in the heads of live birds with metal bars, leaving many to slowly suffer and die from their injuries.”

Only a year later similar cruelties were encountered including,”workers kicking and stomping on birds, dragging them by their fragile wings and necks, and maliciously throwing turkeys onto the ground or on top of other birds; birds suffering from serious untreated illnesses and injuries, including open sores, infections, and broken bones.”

Outcome: Both cases lead to action against those involved in the cruelty. These include: “Felony and misdemeanor animal cruelty charges against five Butterball employees by state authorities” and “Dr. Sarah Jean Mason, the director of Animal Health Programs with the North Carolina Department of Agriculture, … [pleading] guilty to obstruction of justice charges after admitting to leaking confidential information to Butterball and potentially compromising the criminal cruelty investigation by state law enforcement officials.”

Footage Documented: As seen in the MFA investigation:

Outcome: According to an ABC news statement by Weise Brothers Farm, “Two employees have been terminated. A third employee has been removed from animal handling responsibilities. Further action will be taken if the investigation warrants it. Additionally, three employees have been identified as specialists who will supervise the care and handling of any cow unable to get up without assistance.”

MFA is urging consumers to boycott Digiorno, in addition to all dairy, in response to the investigations ties to the company.

If all of this seems a little overwhelming, that’s understandable. In nearly every case, use of excessive force upon the animals occurs, and each time, we think how it’s unbelievable that this is happening.

I highly encourage you to visit Animal Visual’s map of undercover investigations and ag-gag laws to understand the scope of this issue. What’s more, taking action politically and reducing your consumption of animal products can make a difference.