10 Big Wins for Farm Animals in the Past 10 Years 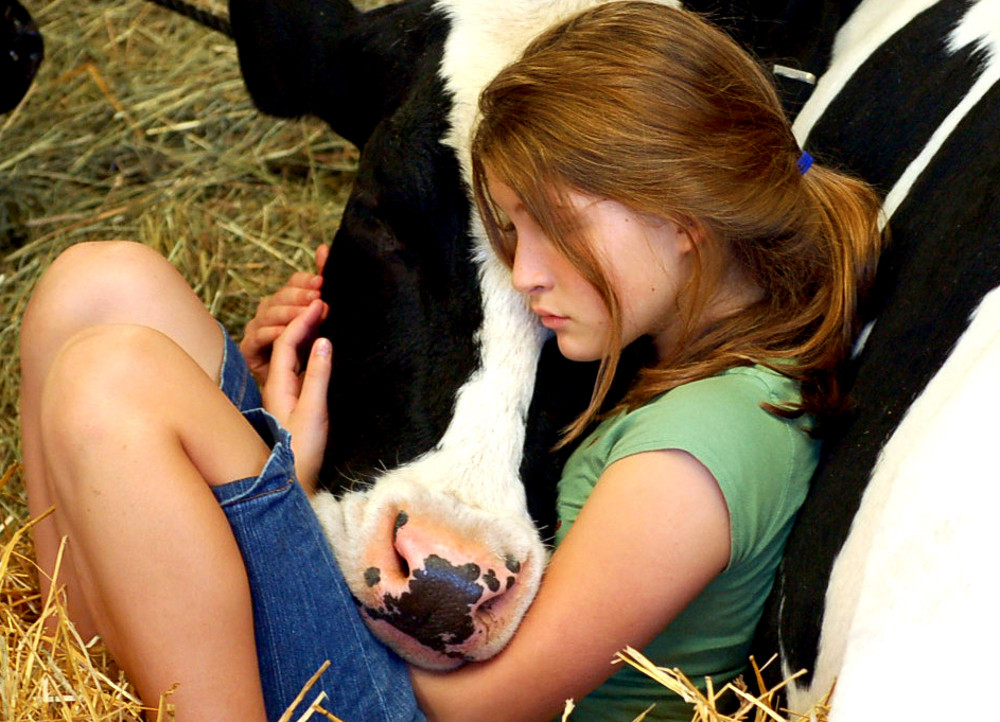 In the past ten years, we’ve seen trends with new technology and changes in pop culture, but for those of us keeping an eye on social change, you might have also noticed an overall positive increase in farm animal advocacy. We know that a plant-based diet is growing more popular everyday, that more and more animal protection agencies are being created, and that existing animal protection organizations are becoming more effective. It’s an exciting time to be a part of, and we encourage everyone to get involved in this important effort in some way.

Ten years is a large span of time, and I can not claim to have picked up on each and every milestone, but the ones that I have chose, I believe to be highly relevant to advancing farm animal advocacy. Let us know in the comments section what you think to be the greatest milestone on a national scale or even for you personally. Thanks for helping to make the world a better place for farm animals!

To create lasting change for farm animals, it certainly helps to have popular media reporting on gains in animal welfare as well as airing undercover footage. For example, in 2011, a Mercy for Animals undercover investigation into a Butterball Turkey farm generated, “extensive media coverage from CNN, FOX, NBC, CBS, and news giants United Press International, The Associated Press, Reuters, and USA Today.”

In May of 2013, The HSUS received a Webby Award, hailed as the “Internet’s highest honor” by The New York Times, for their undercover investigation of Wyoming Premium Farms, a pig factory farm.

In December 2013, a Rolling Stones article, “In the Belly of the Beast,” gained huge media attention for its honest look at undercover investigation and our food system.

Started in the late nineties with a vision of ending animal cruelty through the distribution of booklets containing information about factory farming, Vegan Outreach (VO) has become an incredibly effective farm animal advocacy organization. In August of 2003, VO launched their Adopt a College program, which – as of Jan. 17, 2014 – has handed out booklets directly to over 10.5 million students at college campuses and over 15 million people overall.

The Humane League, founded in 2005, works to help farm animals through humane education, vegetarian advocacy, and cage-free campaign. In the past eight years, the organization has expanded into seven offices across the country in Boston, Philadelphia, Maryland, Dallas, Charlotte, Seattle, and the San Fransisco Bay area. Each office works on the newly expanding Meatless Monday campaign trying to get big corporations, schools, and institutions to adopt the Meatless Mondays program. In 2013, they broke their outreach number record, leafletting more schools and young people than ever before. They also have expanded their Humane Education program and visit dozens of schools a year presenting to thousands of students about factory farming.

According to Effective Animal Activism, an independent group that evaluates the efficacy of animal protection organizations, The Humane League and Vegan Outreach, “offer the greatest positive impact for animals per dollar donated of the organizations that we considered for our first round of evaluations.”

With 5.8 billion religiously affiliated people in the world, according to Pew Research, there is a huge potential for religion and animal advocacy to become a positive force for good. In the past 10 years, some notable advancements between religion and animal advocacy include the creation of the Oxford Centre For Animal Ethics, directed by the Reverend Dr. Andrew Linzey, an Anglican priest who has been writing about animal rights from a Christian perspective for almost 40 years. The Centre publishes The Journal of Animal Ethics, a focus of inquiry, argument, and exchange dedicated to exploring the moral dimension of our relations with animals.

In addition, The Humane Society of the United States (HSUS), arguably the largest animal protection organization in the world, now has a Faith Outreach division which engages faith communities, leaders, and institutions with animal protection issues, on the premise that religious values call upon us to act in a kind and merciful way towards all creatures.

The academic journal, Interpretation, recently published the “Theology of Food” issue, entirely dedicated to a discussion of food ethics. One article in particular, “Knowing the Standard American Diet By Its Fruits: Is Unrestrained Omnivorism Spiritually Beneficial?” written by Calvin College Professor of Philosophy Matthew Halteman, discusses the Standard American Diet and its default status in church and among North American Christians generally. This paper is, impressively, the 14th most downloaded paper (out of 850,000) on the PhilPapers website over the past six months.

Ten years ago, you’d probably be out of luck if you wanted to study our food system or our relationship with animals at the college level. Now, courses like Animal Ethics or Food Systems are becoming increasingly available at colleges across the country as well as an increase in Animal Law studies.

Here are just a few examples:

Started in 2003, Meatless Monday was created in association with the Johns Hopkins Bloomberg School of Public Health. According to Johns Hopkins’ site, “In 2000, the Surgeon General released the Healthy People 2010 report outlining health objectives for the nation to serve as goals for the next decade. Healthy People 2010 specifically called for a 15 percent reduction in saturated fat in the American diet. Since saturated fat in the diet is almost exclusively of animal origin and one day of the week is just under 15 percent of the week, the campaign began by encouraging people to refrain from eating meat one day a week to help reach this goal.”

As the campaign says, “Skipping meat one day a week is good for you, great for your nation’s health, and fantastic for the planet.”

Meatless Monday has grown to a worldwide movement in the past ten years and is now active in 29 countries and growing because every nation can bring its unique culture, customs, and cuisine to the table in meat-free and vegetarian dishes. Check out the Meatless Monday website for resources and to see who participates in your area!

In the past few years, nine states – Florida, Arizona, California, Rhode Island, Colorado, Maine, Michigan, Ohio, and Oregon – have outlawed the use of gestation crates for breeding sows, and many individual companies have vowed not to buy from farms that utilize this cruel confinement system. These organizations include: Kroger, Safeway, McDonald’s, Wendy’s, Burger King, and producers Smithfield Foods and Hormel, to name a few.

This momentous bill prohibits the cruel confinement of farm animals, specifically cows in veal crates, pigs in gestation crates, and hens in battery cages and is slated to go into effect in 2015.

Not only did the legislation pass in 2008, it passed by an overwhelming majority of :over 95 percent of precincts reporting, and Prop 2 passing by a 27-point margin (63.3 YES to 36.7 NO),” according to the HSUS. With the passing of Prop 2, California showed that it is possible to move toward more humane farming practices, and it’s what the people want.

8. Legal and political gains for farm animals on the rise

Farm Sanctuary’s groundbreaking conviction of a U.S. stockyard in 1993 for mistreatment of a downed animal set the stage for more legal victories on behalf of farm animals every year since. Years later, the Humane Society Legislative Fund was formed in 2004 specifically focusing on passing animal protection laws at the state and federal levels, educating the public about animal protection issues, and supporting humane candidates for office. Statewide gains are happening each year, and organizations like HSLF produce the “Humane Scorecard,” letting you know how your political leaders stack up when it comes to animal advocacy.

9. Ag-Gag bills have been defeated

Ag-gag bills are defined by the New York Times as “legislation that restricts the use of undercover video in places where food animals are raised or slaughtered. From agriculture + gag law.”

In loose terms (since each ag-gag bill differs in intensity), these pieces of legislation aim to make undercover investigations on factory farms illegal.

In 2013, 11 such ag-gag bills were introduced, and ALL of them failed to make it into law. Why did this happen? Well, according to Matt Dominguez, HSUS Public Policy Manager of Farm Animal Protection (via NPR), “Ag-gag laws failed this year because of a large and broad coalition opposing them that tapped its grass-roots network to hammer legislators with emails, phone calls and online campaigns. The coalition included animal welfare groups, of course, but also environmental groups like Food and Water Watch, and organizations that advocate for a free press, like the National Press Photographers Association, and legal issues, like the American Civil Liberties Union.”

The public is in agreement, as, according to NPR, “a 2012 nationwide commissioned by the American Society for the Prevention of Cruelty to Animals showed that 71 percent of Americans support undercover investigative efforts by animal welfare organizations to expose animal abuse on industrial farms, and 64 percent oppose making such efforts illegal.”

Call it plant-based, call it vegan, call it whatever you want because it’s here and it’s delicious. There has been an explosion of plant-based products created by companies like Earth Balance, Daiya, Gardein, Tofurky, Teese, and Tofutti, to name just a few.

When it comes to eating at a restaurant, CBS News reports, “More than half the 1,500 chefs polled by the National Restaurant Association for its new ‘What’s Hot in 2011’ list included vegan entrees as a hot trend. Vegan entrees came in at No. 71 out of 226 trends (beating out organic beer and drinkable desserts) – that’s far from No. 1, but evidence of veganism making inroads beyond urban strongholds like New York City and Los Angeles.”