10 Reasons Why Whales and Dolphins Do NOT Belong in Tanks 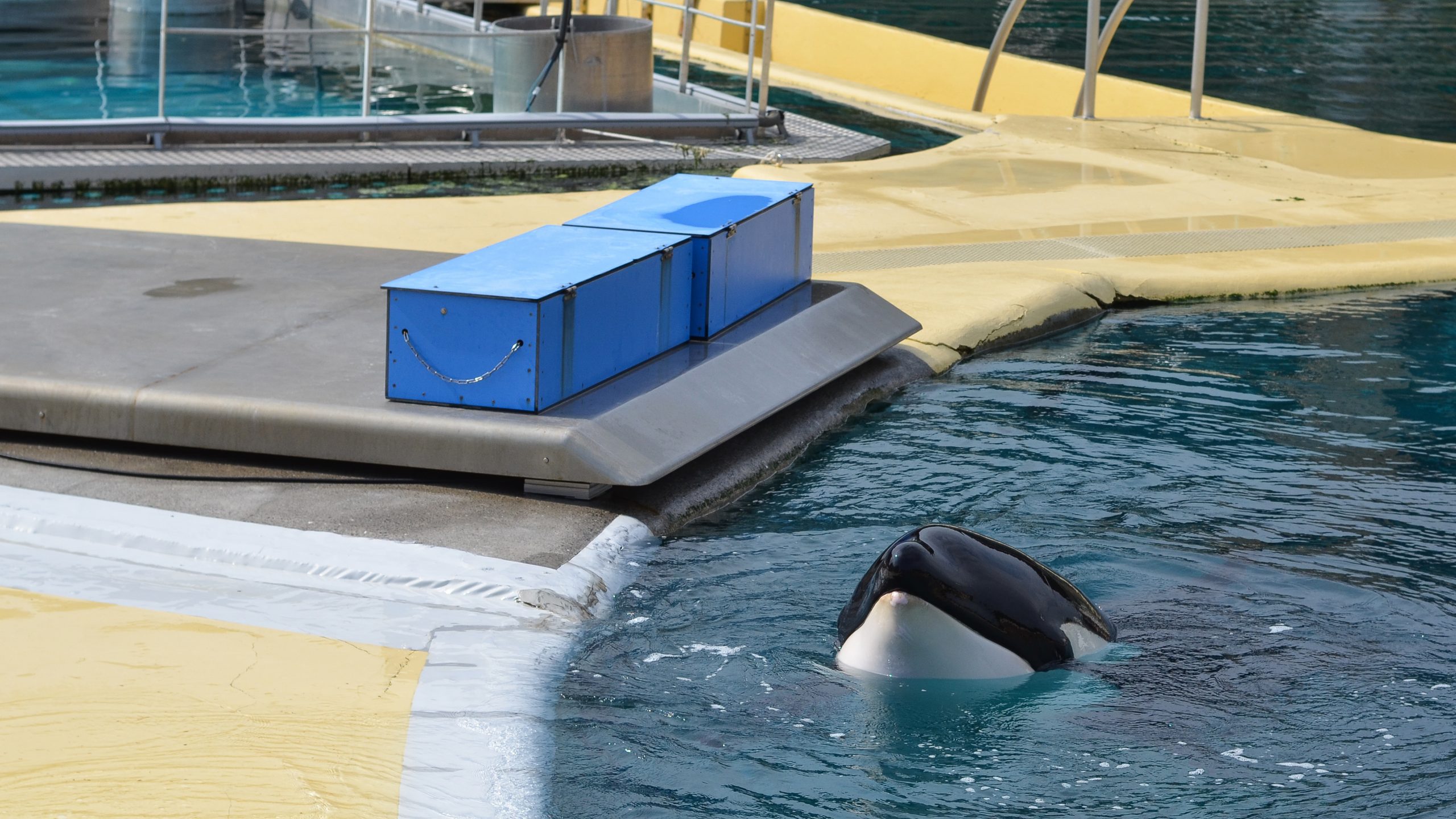 Can you imagine being born into a small cell? You spend all your days behind bars with other miserable captives. Sometimes they become aggressive towards you due to their own frustrations of being so tightly confined. Each day, you have the opportunity to leave your cell, but if you do, you have to work under the strict pressure of your guards.

As you work, you are watched by hundreds of spectators. You are provided food as a reward for positive behavior, but if you behave against the guards’ wishes, you could possibly suffer the consequences of missing a meal. Your survival depends on the care given by your guards. You don’t speak the same language as these guards, so you can’t tell them you don’t belong there.

What did you do to deserve such a life? Oh, nothing. You were born without freedom because you provide public entertainment. And you must like it because millions of dollars are spent on your “world-class” standards of care, you are given psychoactive drugs, and the thought of you ever being liberated is absolutely absurd…

Sound familiar? If so, you’re probably thinking of the lives of captive dolphins and whales. Though parks such as the famous SeaWorld try to convince the public that their cetaceans are content with their “spacious aquariums, restaurant-quality fish, exercise, quality veterinary care, and enrichment,” ultimately, profit is the priority. Don’t believe this? Here are some signs cetaceans were born to be wild.

Why does the orca doing the silly trick have a floppy fin? That certainly doesn’t appear to be natural. If you’ve ever seen videos or images of majestic wild orcas, you’ll notice their dorsal fins are vertically stable. According to a member of SeaWorld’s education department, orcas have collapsed dorsal fins due to genetics, gravity, and injury from play … not captivity.

Hmm … Does that make you wonder why the majority of captive killer whales have these collapsed dorsal fins, while only one percent of wild orcas have been observed with this condition?

Can you blame these amazingly intelligent and emotional beings for being frustrated with their confinement? In captivity, cetaceans have nowhere to escape conflict and thus, suffer from each other’s stress. Imagine being locked in a room with a spouse when you’re having an argument … rough.

We can all get a little crazy when we’re bored from time to time. But can you imagine being bored and stressed every day of your life?! With dolphins and orcas having brains quite a bit larger than humans in terms of weight and volume, it’s no wonder captive cetaceans display zoochotic (psychotic) behaviors, similar to symptoms of prison neurosis. Some stereotypic behaviors include swimming in circles repetitively, establishing pecking orders, and lying motionless at the surface or on the aquarium floor for relatively long periods of time.

4. Broken Teeth Due to Extreme Boredom

When you live in a concrete bathtub, what else is there to do besides bite down on bars separating you from other cetaceans? Unfortunately, this neurotic behavior results in serious dental issues. Captive cetaceans’ teeth are often chipped, broken, or have to have the pulp drilled out of the center of their teeth (Ouch!).

Dolphins have been known to slam themselves against the sides of their tanks’ concrete walls. Sadly, marine parks don’t offer emotional counseling services for their “much-loved” captive dolphins.

According to former SeaWorld killer whale trainer John Hargrove, “Nearly every single killer whale regurgitated their food after we ended our interaction.”

Cetacean researchers believe that captive environments could be resulting in a reduction of these animals’ brain size. Through lack of mental stimulation, the areas of the brain responsible for communication can atrophy. Cetaceans are degraded to playing with their own vomit.

From intentionally flinging themselves out of their tanks to swallowing inedible stones, many dolphins and orcas have decided a life in a tank is a life not worth living. There have been many records of captive cetacean suicide attempts. If this isn’t an absolutely determinate sign these animals don’t belong in confined spaces, what is?

Aren’t pharmaceuticals used to treat patients for physical or mental ailments? Drugs are apparently also used to calm mentally distressed captive cetaceans. SeaWorld has admitted to medicating their orcas with psychoactive drugs (similar to valium). Of course, the mental illness of these animals that caused them to swim in circles all day, play with their own vomit, or commit suicide couldn’t possibly be related to the fact they live in a tank…

Captive dolphins and orcas are kept in unusual environments, so is it a surprise they tend to suffer from unusual ailments? For example, unlike wild cetaceans, captive cetaceans spend a lot of time out of the water (remember, dolphins and whales often float motionlessly at the surface when they are bored).

Trainers at SeaWorld in Orlando have witnessed swarms of mosquitoes settle on the backs of killer whales. Kanduke, a large male orca passed away unexpectedly at SeaWorld as a result of a pathogen transmitted by mosquitoes. Dolphins in the Mirage Hotel in Las Vegas have suffered from a contagious disease called pox, caused by stress and poor general health according to the National Institute of Health.

Depression, aggression, poor dental health, self-mutilation, vomiting, suicide attempts, drugs, illnesses – don’t these all seem like signs ultimately leading to death? According to a research study conducted in 1995 by Robert Small and Douglas DeMaster, the annual mortality rate for captive dolphins was two and a half times higher than that of wild cetaceans. Sadly, not much has changed since then for the benefit of captive cetaceans. While wild killer whales have been known to live as long as 80 to 90 years, only two female orcas in captivity have passed the age of 40, and no males have lived longer than 35.

What Can You Do to End this Cruelty?

Are you now convinced cetaceans do not belong in tanks? Not yet? Read about what cetaceans might say about their life in captivity…

Help free our friends with fins by: