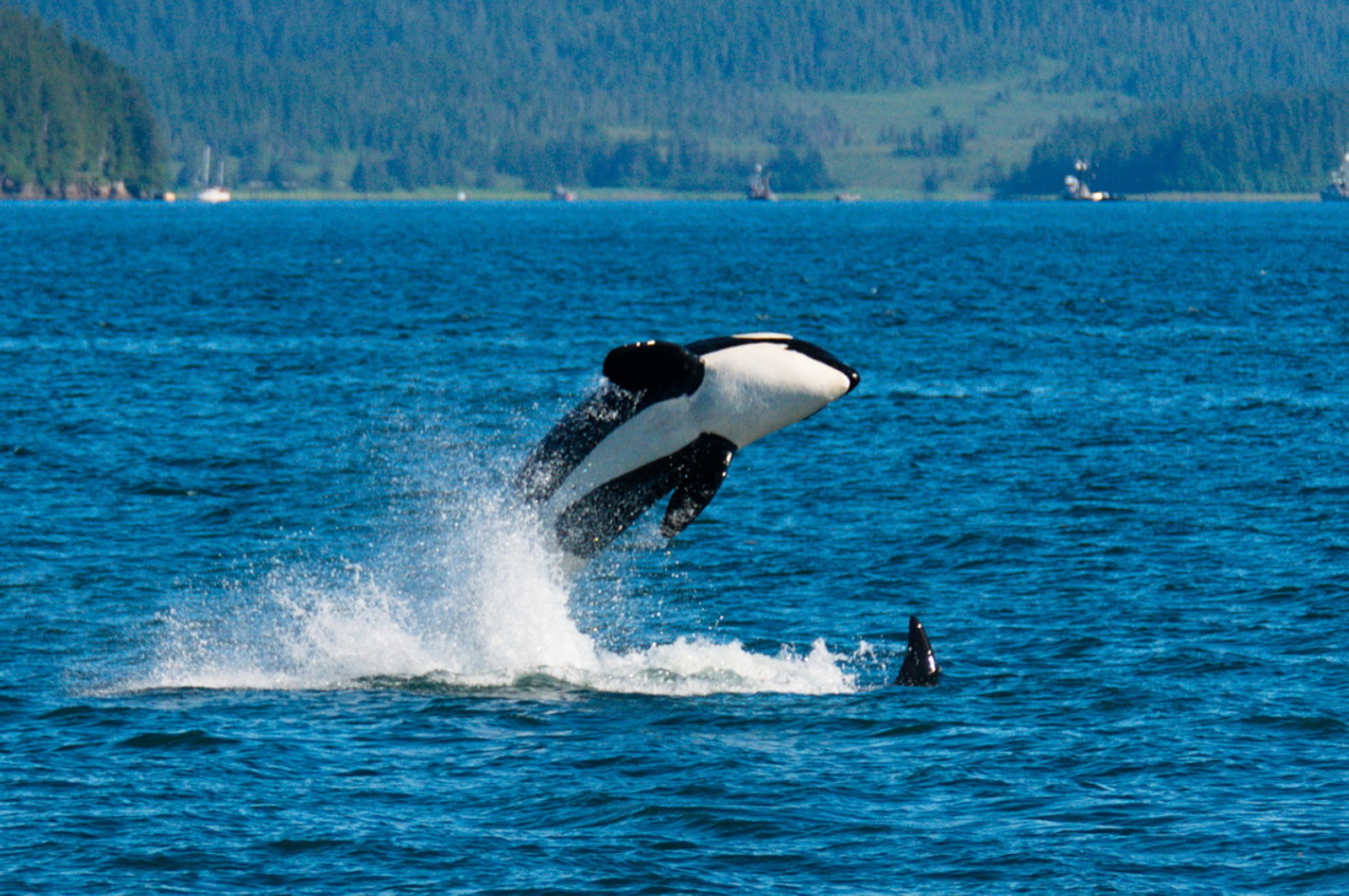 This July, I was lucky enough to attend Superpod3, a gathering of scientists, advocates, and volunteers brought together by a single desire – to end orca captivity worldwide. I was there representing Whale and Dolphin Conservation (WDC), the leading global charity for the conservation and protection of whales, dolphins, and their habitats worldwide. WDC has fought against captivity for decades, and recently established the Jessica Rekos Fellowship for Orca Conservation to expand our focus to protect orcas in the wild. The Southern Resident population of orcas (arguably the most famous population in U.S. waters) was declared endangered in 2005, partly as a result of being targeted for capture for the captivity industry. They are no longer caught and sold into captivity, but they still face a complex variety of threats in the wild, including prey depletion, toxic contamination, and an increasingly noisy habitat – all of which has impeded the population’s recovery.

Superpod began in 2011 with a collection of ex-SeaWorld trainers, many of whom appeared in the documentary Blackfish. It has grown in the years since – and will probably be even bigger next year – to include people from all over the world who travel to San Juan Island to share ideas and knowledge. Superpod began as a collection of anti-captivity advocates and activists, but has since adopted a broader goal of addressing threats to orcas in the wild as well, and this year we talked about everything from Blackfish, to the Taiji captures, to the state of salmon in the Northwest.

Always taking place on San Juan Island, Superpod is surrounded by the waters where the atrocity of wild capture hit the hardest. The Southern Resident population was heavily targeted in the 1960’s and 70’s, with about 45 members captured and sold into captivity. The captures singled out whales that were young and easy to transport, effectively removing an entire generation from this highly social, family-oriented population of whales.

“Inspired by the whales swimming free just off the coast of the island, ideas also flowed free between people from different backgrounds – scientists, advocates, ex-trainers, writers, and people who just really care about orcas.”

The recent increase in attention worldwide is truly indicative of the turning of the tide against holding complex and intelligent beings captive, and it is vital that we keep the momentum going. WDC and other groups that fight for the freedom of whales and dolphins are thrilled by the growing interest in the anti-captivity movement, and eager to take the next steps to end the practice.

Blackfish loomed large over the course of the event, including a screening and a Q&A with many key players in the story, and I was especially eager to hear new ideas about how to keep the “Blackfish effect” going – how do we continue to educate, inform, and inspire the public to fight against captivity, now that the documentary has brought so many issues to light? 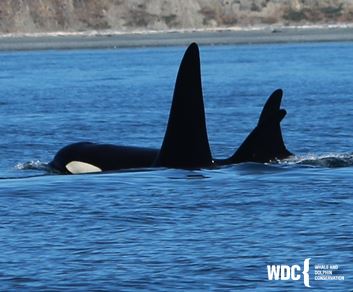 As a newcomer to the conference and looking to absorb as much knowledge as possible, here are seven key things I learned at Superpod3 about how we keep fighting captivity:

1. Keep Talking About It!

Blackfish has been seen by millions of people, aired on CNN multiple times, and enjoyed some serious social media attention. But millions more people still haven’t seen it. So pass it along, tell your friends and family to watch it, hold a viewing party – keep the conversation going.

Live near an oceanarium or other facility that has captive whales and dolphins? Let them – and others – know what you think by holding a peaceful protest right outside their door. Don’t live near one? Organize a social media event or a good old-fashioned letter-writing campaign.

Check out Empty the Tanks or Japan Dolphin Day for upcoming events.

Encourage your elected officials to support bills to end captivity – California and New York recently introduced measures that would ban holding orcas in captivity in each state. South Carolina and Maui County in Hawaii already have bans in place.

The U.S. is taking steps in the right direction, but parts of the rest of the world are still far behind. Russia still takes orcas from the wild to supply a growing captivity industry in Asia and the Middle East. SeaWorld has talked about forming international partnerships and increasing their reach on a global stage.

Some sponsorships and connections may surprise you. WDC has been involved in recent campaigns to encourage Virgin Holidays to stop promoting trips to SeaWorld, and Southwest Airlines to end their partnership as the “official airline” of SeaWorld. However, Southwest is still a sponsor of the Georgia Aquarium, which is currently trying to import 18 wild-caught belugas from Russia.

A common mantra for all things environmental, but it applies here, too. The Southern Resident orcas may no longer be directly under the threat of capture, but they face other issues in their ocean habitat, as do other populations of whales and dolphins. When the current captive individuals are released or retired to seapens (someday they will be!) they need a healthy ocean to return to. Conserve water, cut down on plastic use, avoid farmed salmon, and avoid products with toxic chemicals. All water eventually returns to the ocean, so remember that we all live in a coastal state!

Knowledge is our best weapon. The facts and information are there – orcas lead stressful, unhealthy, and bored lives in captivity. We are learning more about their intelligence and complex lives in the wild every day, further proving that they are a complex, emotional, and highly intelligent species that shouldn’t be doing tricks for our entertainment. Follow anti-captivity groups and advocates on social media or websites to stay up-to-date on information and campaigns, but also the latest science and research. Knowing how orcas live in the wild to compare to the hellish conditions of captivity is a great argument against the industry. 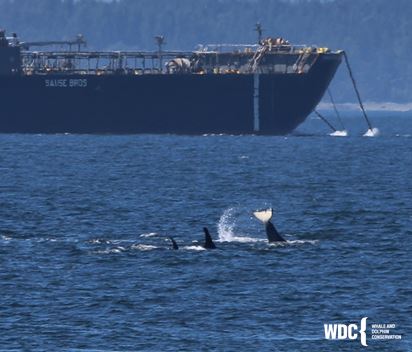 This was my first time attending the conference, my first time visiting San Juan Island, and my first time seeing Southern Resident orcas in the wild. The conference was inspiring, the island was beautiful, and I can tell you firsthand that the experience of seeing wild orcas feeding, socializing, and just living in their natural ocean home is infinitely better than seeing them swim in circles in a chlorinated, barren pool. 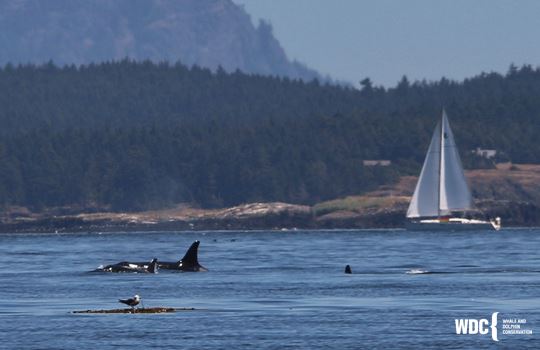 I am proud and lucky to be working for WDC and fighting against captivity every day, but we wouldn’t make much progress without our supporters and vast network of caring people who volunteer their time and effort to show how much they care.

“The most important thing I took away from the conference is that we can do this – I believe we will see an end to captivity soon, and in 100 years no one will even believe that these facilities ever existed.”

Superpod3 was full of people working towards the final goal of ending captivity worldwide, but the conference wouldn’t happen if there wasn’t a growing movement and increasing awareness against keeping intelligent, social, and complex beings in inhumane and cruel conditions.