What are the Roots of Freedom and Slavery? 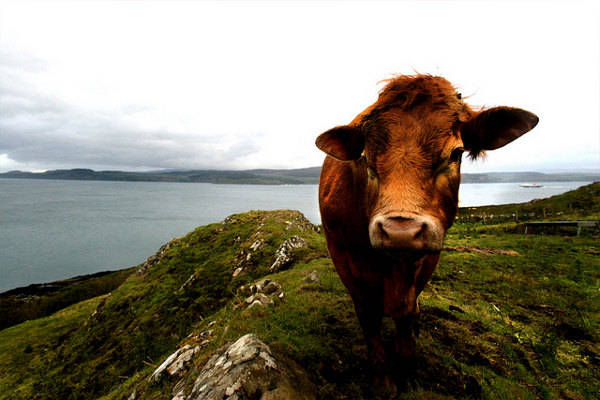 What is slavery, and why does it persist? Human slavery—the ownership of other human beings as property for one’s own purposes—is so repugnant to us that it has been strictly outlawed in every nation on this planet. And yet only 160 years ago here in the U.S. slavery was still widely practiced, justified, defended, and encouraged by mainstream religious, educational, governmental, and financial institutions. Looking back, we see this slavery as the devastating nightmare that, as Frederick Douglass often said, not only dehumanized the black slaves by reducing them to mere property, but also dehumanized the white owners by bringing out the worst in them, as they routinely shipped, branded, tortured, and beat their slaves into submission and confinement, raped them for valuable offspring, broke up their families, bought and sold their children, and overworked and exploited them for their own ends.

Driven by the abolitionist efforts of William Lloyd Garrison, Frederick Douglass, Harriet Beecher Stowe, John Brown, Elijah Lovejoy, Angelina Grimke, and many others, a terrible fratricidal war was eventually fought over this issue of slavery, culminating in Lincoln’s Emancipation Proclamation, and the subsequent passage of the Thirteenth Amendment to the Constitution. This outlawed involuntary servitude, and, in theory at least, freed over four million black slaves directly, and indirectly freed the white owners from the role of perpetrating relentless cruelty against other people because of the unjust social system they had been born into.

And yet today slavery persists in two forms. First, while de jure, or legal, slavery no longer exists, de facto slavery unfortunately not only persists but in many places thrives. It is well-recognized that human trafficking and black market slavery for workers—in prostitution and domestic worker rings, as well as in factories and agriculture—is so well-established that slavery is actually more widespread today than when it was practiced openly in the 19th century. Tyrannical governments, corporations, religions, and other organizations can also enslave us, as well as unhealthy relationships.

The second form of slavery is animal slavery. In just the U.S. alone, over nine billion animals enslaved on factory farms and family farms are killed for food and leather annually, as well as untold billions of fishes in aquaculture operations. Beyond the meat, dairy, and egg industries, many millions more animals are enslaved in breeding operations (such as dogs, birds, and horses), as well as in zoos, circuses, research and testing facilities, and for other products such as feathers, wool, and silk. The scope of animal slavery today is so vast that it is seemingly beyond human conception, involving billions of animals used for an almost limitless variety of products and services, and inflicting a relentless avalanche of depravity and cruelty on these animals who are seen as property objects existing merely to give us more milk, more offspring, more products, and more profits.

This animal slavery is more deeply entwined and ingrained into the fabric of our culture than human slavery, and it is this underlying pervasive and invisible violence of animal slavery that conditions our minds, feelings, and behavior to create a human society that mirrors the injustice and cruelty we routinely inflict on the animals we own. Historically, human slavery followed on the heels of animal slavery, and by stealing the sovereignty of animals, we historically created precisely the mindset of reductionism, domination, privilege, and disconnectedness that has led to and continues to generate slavery and injustice in our human society. How can we ever expect to create a society of freedom, equality, and harmony among humans when we routinely and heedlessly inflict the opposite on other living beings on such a large scale?

It is fascinating to see how difficult it is for even apparently conscious people to articulate this basic connection between animal slavery and human slavery. It is obvious that a creeping tyranny is spreading in our culture, under the guise of fighting terrorism and fortifying domestic security, and we find our privacy and rights eroded by the powerful forces that make up the military-industrial-meat-medical-pharmaceutical-media complex. And yet few seem to be discussing this or connecting the dots between animal and human slavery and tyranny, no matter where they are on the cultural spectrum. Progressives and people on the left, like Noam Chomsky, Amy Goodman, Michael Moore, and Bill McKibben, conservatives and those on the right like George Will, Karl Rove, Rush Limbaugh, and Bill O’Neill, popular spiritual teachers like Eckhart Tolle, Marianne Williamson, Deepak Chopra, and Wayne Dyer, and even the more radical truth-tellers who work to expose the continuing infliction of false-flag operations such as 9-11 and other so-called terrorist events, people like David Icke, Mike Adams, Rina Labow, Alex Jones, and Jesse Ventura: all seem completely unable to get to this root of the hydra-headed problems of inequity, war, unsustainability, and loss of freedom.

As long as we enslave animals, we will enslave each other. In fact, it is only because we are significantly enslaved already that we imprison animals in such vast gulags. Free people would never do this or allow it to happen. It is not difficult to see why this is so, because it is a universal principle. As we sow, we reap. And what we reap, it seems we tend to sow again.

All the institutions in our culture systematically hide this truth from us. We are taught from every angle that it is our right to own, eat, and use animals, and we are ritually injected with the cultural view that animals are so inferior to us that their interests are insignificant compared to ours. Even in religion, the cultural repository of spiritual and ethical wisdom, we are taught that paradise is a land of milk and honey, that Jesus is a good shepherd, and in the ancient Vedas of India, we have cow’s milk elevated to the status of a sacred food for humans. And yet shepherding and herding are activities of dominating and exploiting animals as property objects with the end being to kill them without mercy for food and profit. (This gives another twist to the “good shepherd” archetype!) It absolutely requires stealing animals’ sovereignty and their inherent purposes, and reducing them in legal systems to property status. Our culture today, for all its technical gadgetry, is still at its core a herding culture that defines itself and everyone in it by the pervasive practice of enslaving animals for food and products.

Thus while it certainly matters how animals are treated in their imprisoned state, the most fundamental and serious transgression we commit against them is stealing their sovereignty. Our essential violence is the act of believing and acting as we if we own them as property, and overpowering and imprisoning them for our own ends. We all know this in our bones. Imprisonment is a severe punishment. If we are forced to live the remainder of our lives in physical confinement, completely dominated in a system from which there is no escape, it is certainly less miserable if we are not forced to experience the additional pain of having our body tortured by mutilations, rapings, mandatory vaccinations, and extreme heat, cold, and confinement. But it is the confinement and stealing of sovereignty that is the primary and the greatest cruelty. It is stealing the one thing we have: our life, our time, and our freedom to explore and experience our lives. The ongoing cruelty we inflict on animals is not just the hot cruelty of shock prods, branding irons, rape racks, iron bars, and sharp throat-cutting knives. It is more significantly the cold relentless cruelty of being reduced to an object forced into dependency and deprived of freedom.

When we look into nature, we see animals celebrating their lives in a dazzling display of exuberance throughout the forests, fields, lakes, oceans, and skies of this planet. Above all, they are celebrating their sovereignty. They take care of themselves, engage in complex social relations, and as self-aware beings, defend to the uttermost their most precious possession: their freedom to live their lives. Trappers know it is common for foxes and other animals to gnaw off their own feet to escape from the metal jaws of their traps.

From the very beginning of animal agriculture ten thousand years ago, when our forebears first enslaved wild sheep and goats for meat, milk, and products, it has brought out the worst in us. It was a small and inevitable step from enslaving animals to then enslaving the fellow humans who were defeated in the first wars our planet ever saw, driven by, as Gavyaa, the first word for war we know of, indicates. It means “the desire for more cattle.”

It is long past time for us to be concerned only about the violence and bondage we inflict on other humans. We are called to understand and address the roots of our culture’s woes, which is our ongoing enslavement of animals and the mentality of entitlement, exploitation, and privilege it requires of us. Going vegan is the healthy, radical response to the radical cruelty we routinely inflict on all animals owned for food and other products. Both factory farms and small-scale dairies and other operations enslave animals and steal their sovereignty. If we are to evolve in a positive direction, beyond succumbing to being tyrannized the way we tyrannize animals, we are called to question the internalized programming, and bring our lives authentically into alignment with our values. This means not just going vegan and encouraging others to do the same, but also making a dedicated effort to free ourselves from the many layers of psychological numbing, disconnectedness, and manipulativeness that our herding culture has injected into us from infancy. The paths of spiritual liberation and cultural freedom and evolution call us first to embrace vegan living, and to continually deepen our practice of lovingkindness for all.

Animals are not, and can never be, our property, in any way. They are radiant expressions of life who are magnificently designed to celebrate their lives freely in the natural habitats they evolved in. As we open our eyes and see this, we can free them from the miserable prisons we have forced them into by no longer breeding them, and allow them once again to fulfill their lives in their native habitats. As we move to plant-based diets we won’t need to feed most of our grain and legumes to imprisoned animals, and we can live on a fraction of the land we use today. Precious habitats—forests, prairies, streams, and oceans—can come back to life, and we can live our lives in harmony, with each other and with the Earth.

Instead of enslaving the other animals here, we can dance with them. Giving them sovereignty, we will be worthy of sovereignty ourselves. Whole new frontiers will open up in our understanding of free-living animals. They will no longer fear us, and we will discover that we can communicate, share, learn from, play with, depend on, and be enriched by their presence as equal and free fellow passengers with us on this planet. This is the splendid future that beckons. There’s nothing stopping us. Freeing animals, we will finally free ourselves, and free our Earth from the greatest plague she’s ever experienced: the all-consuming and escalating violence of a high-tech herding culture.