Check Out These 15 Plant-Based Eateries in Chicago! 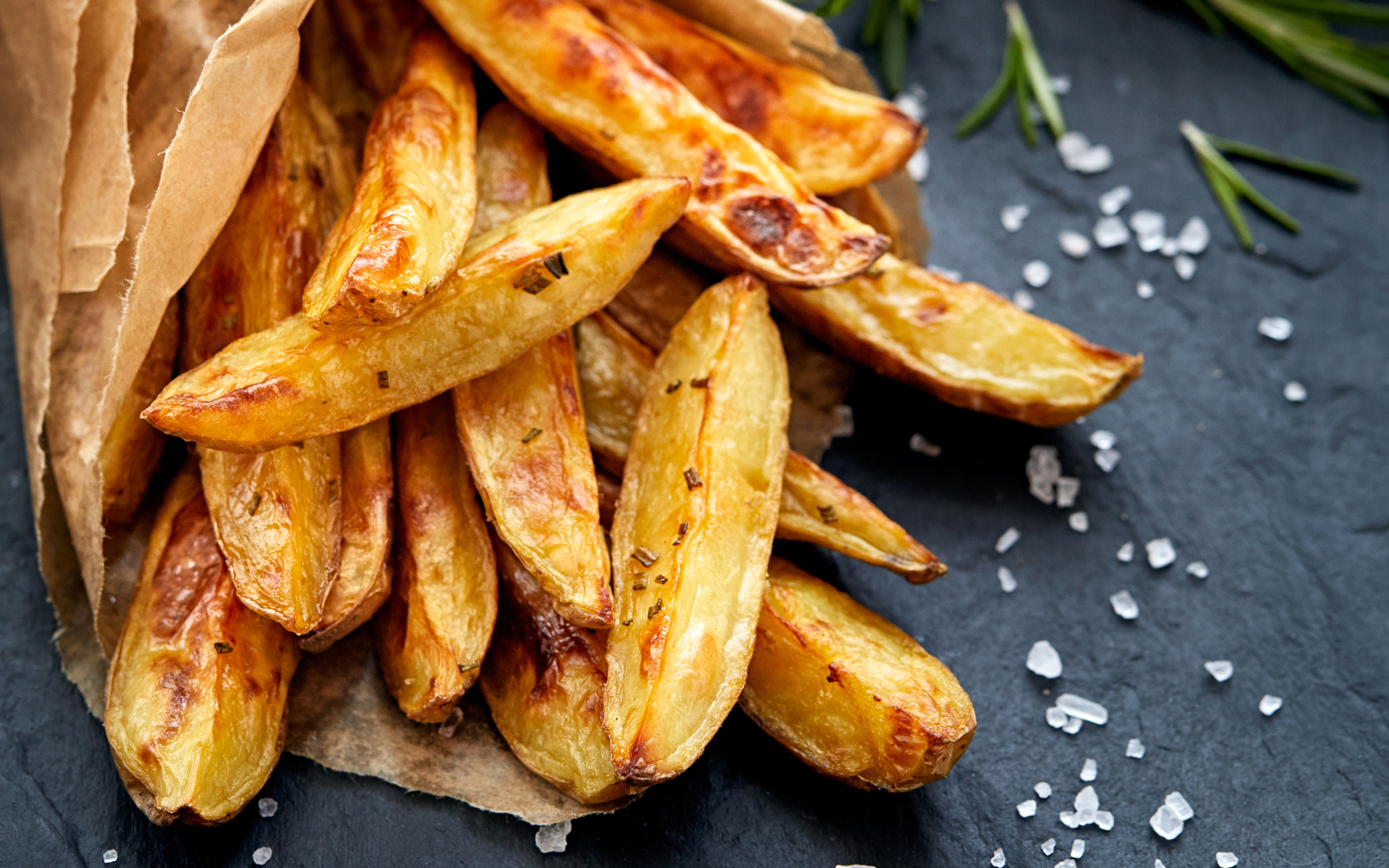 Have you ever traveled to Chicago, one of America’s largest cities? If you have, you may know that Chicago is loaded with tons of vegan and veg-friendly restaurants! Check out this list of plant-based eateries to explore the next time you visit the windy city. 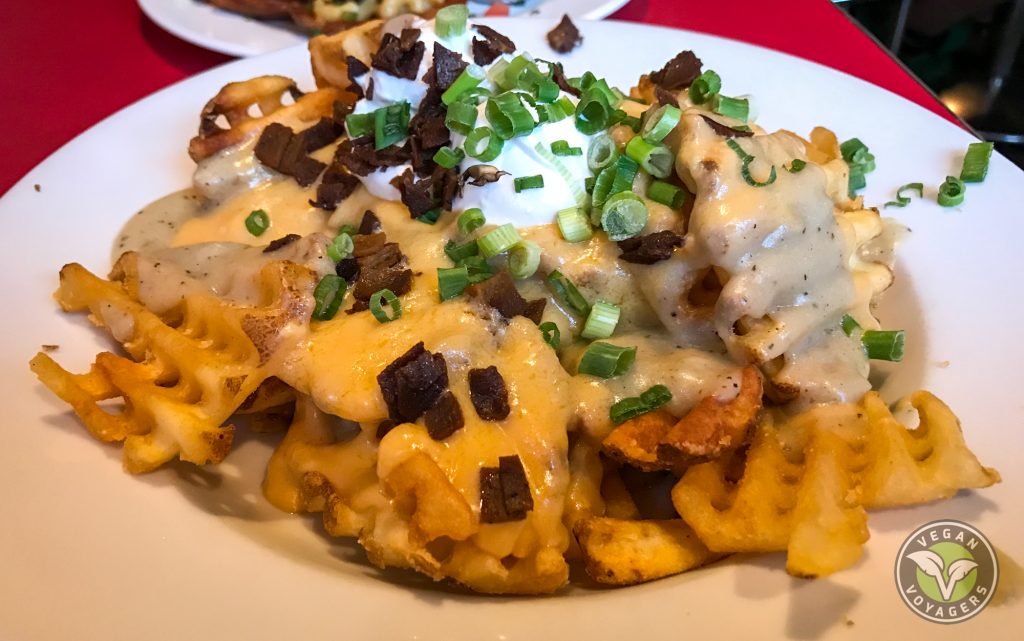 One popular Chicago veg restaurants in Chicago Diner. There are two locations throughout Chicago, and the menu consists of many vegan dishes. Guests can try the spinach artichoke dip, truffle mushroom lentil loaf, a crispy chicken sandwich, the soul bowl, and so much more! For dessert, try one of their delicious milkshakes, like pumpkin pie flavored, peanut butter cookie dough, and vanilla chai! If you can’t make it to Chicago, try out this recipe for Lentil Loaf. 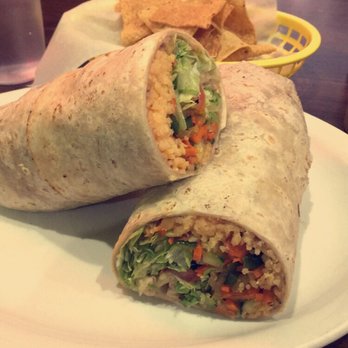 Another must when visiting Chicago is Quesadilla La Reina Del Sur, a casual Mexican restaurant serving up delicious, authentic, plant-based Mexican food. One of the most popular items on the menu is the super burrito, which is a huge burrito that is almost two-feet long! Try it with the chorizo, and you can’t go wrong. This huge burrito is only $9.99. Other options include nachos, tortas, quesadillas, huarachas, tacos, or one of their fresh, healing juices. You could always try making these Smothered Burritos. 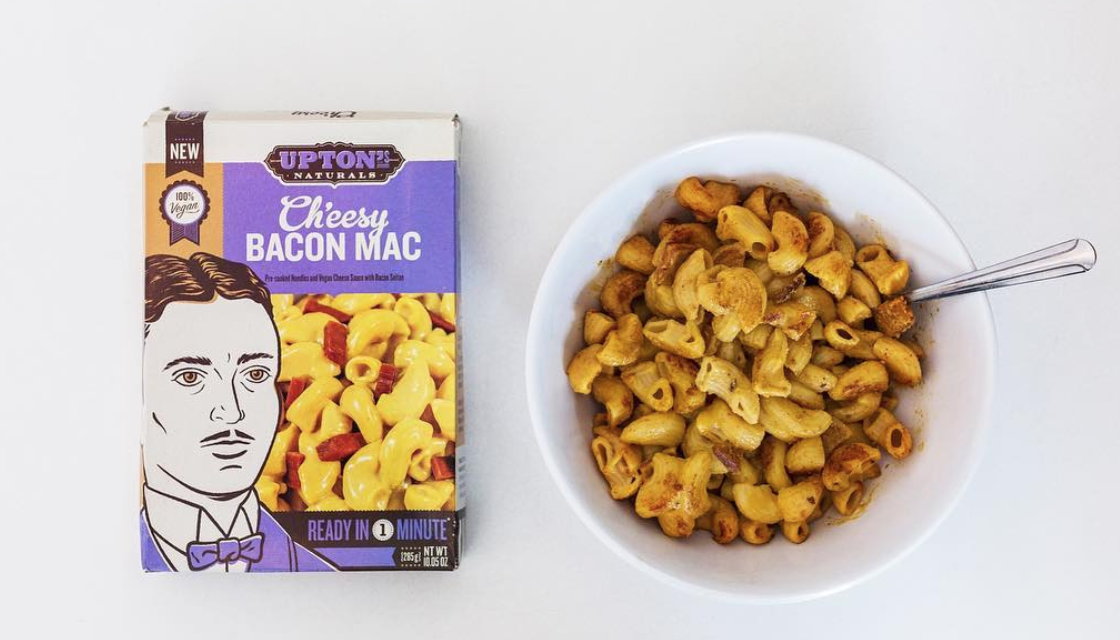 Ever heard of the popular seitan brand, Upton’s? Did you know that they have a vegan restaurant in Chicago where their delicious seitan is made? Upton’s Breakroom is 100 percent vegan and serves up popular dishes like bacon ranch cheeseburger, breakfast tacos, nacho plate, and more! One of the most popular items on the menu is the fried bacon mac n’ cheese, which consists of housemade mac n’ cheese with bacon seitan and is fried on the grill to order. You could always try making this recipe for ‘Chicken’ Sriracha Jalapeño Mac n’ Cheese. 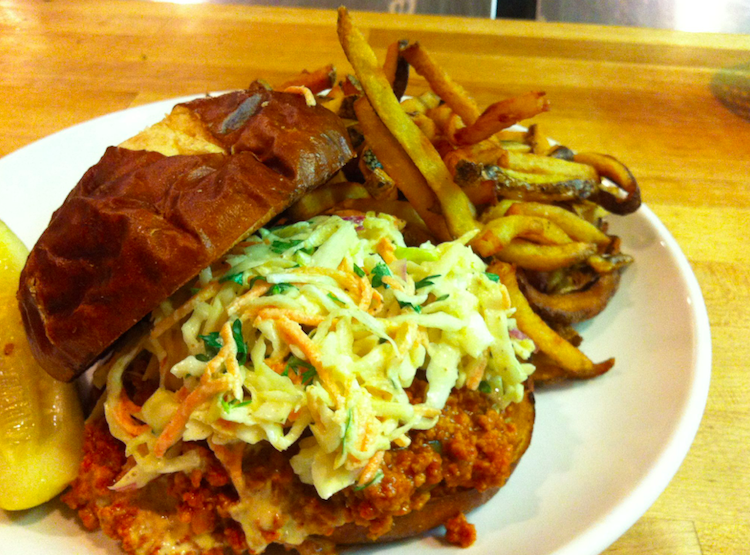 Handlebar is a vegetarian restaurant in Chicago that makes homemade breakfast, lunch, and dinner, seven days a week. Their menu has items like nachos, grilled cheese, a buffalo chicken wrap, and much more. You could also try the Sambal Tofu, which has spicy garlic chili sauce, kale, broccoli, collards, mushrooms, edamame, peanut sauce, and brown rice. If you can’t make it to Handlebar, check out this recipe for Buffalo BBQ Chicken. 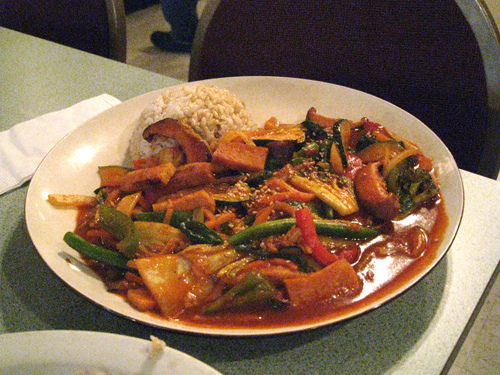 Amitabul is a restaurant serving popular Korean food dishes, and they are all vegan! Popular items on the menu are items like the Spicy Kimchi Bi Bim Bop, Zesty Noodles, Dark Side, of the Moon, and much more. You could also try ordering the Dr. K’s Cure All Noodle Soup, which is a  spicy noodle soup with heavenly veggies, seaweed and tofu served with wheat or rice noodles. It is said to be the ultimate cure for a cold, the flu, a hangover and even a sore throat. You could also try making this Anti-Inflammatory Sweet Potato Soup. 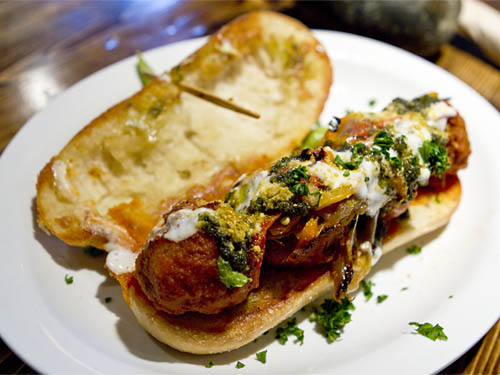 Another popular vegan destination in Chicago is Native-Foods, a vegan chain restaurant with locations all around the United States, that serves up salads, sandwiches, wraps, and more! The restaurant is counter service, and the menu has items like Southern Fried Chicken and Waffles, BBQ Chicken Salad, Jamaican Jerk Wrap, Thai Meatball Bowl, and more! For dessert, you could try a Oatmeal Creme Pie, which is whipped vanilla crème between two soft-baked oatmeal cookies — yum! If you can’t make it to Native Foods, try making these Gooey S’mores Brownies.

Native Foods has four different locations in the Chicago area.

If you can ever make it to Chicago, hit up Original Soul Vegetarian, a plant-based eatery that’s motto is that food should be medicine. The menu has items like the Noodle Stir Kai, Stir-Fried Vegetables, Down Home Green, and more. You could also try the Buffalo Tofu Wingz as an appetizer, which are served with celery sticks and creamy vegan blue cheese. You could always try making these Buffalo Tofu Wings. 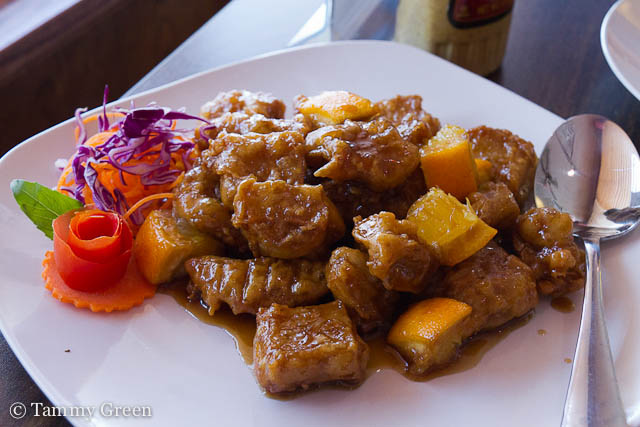 If you love Thai food, try eating at Urban Vegan, a plant-based Thai eatery. The menu consists of soups, appetizers, entrees, salads, noodles, rice, curry, and more! If you love curry, try ordering the Yellow Curry, which is with mild spicy yellow curry, coconut milk, sweet potato, onion, carrots and herbs. If noodles are more your thing, try out the Chow Mein, which is stir fried wheat noodles with bean sprouts, celery, carrot, cabbage and broccoli. If you want to stay in, try making this Super Simple Potato Curry. 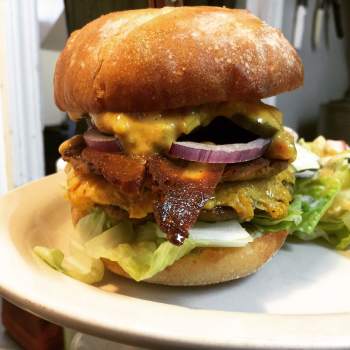 17 Kitchen is a vegan cafe serving up house-made seitan and burgers. Try ordering the Chik’n Sandwich, which is seitan, breaded and fried, and is served on a sesame bun with your choice of buffalo or barbecue sauce, and is topped with greens, tomatoes, onions. You could also try the Cheeseburger Pizza, which has tomato sauce swirled with mustard and sprinkled with burger meat, cheddar cheese, pickles, and onions. There are so many other delicious items on the menu, too! You could always try making this Cheeseburger Pizza. 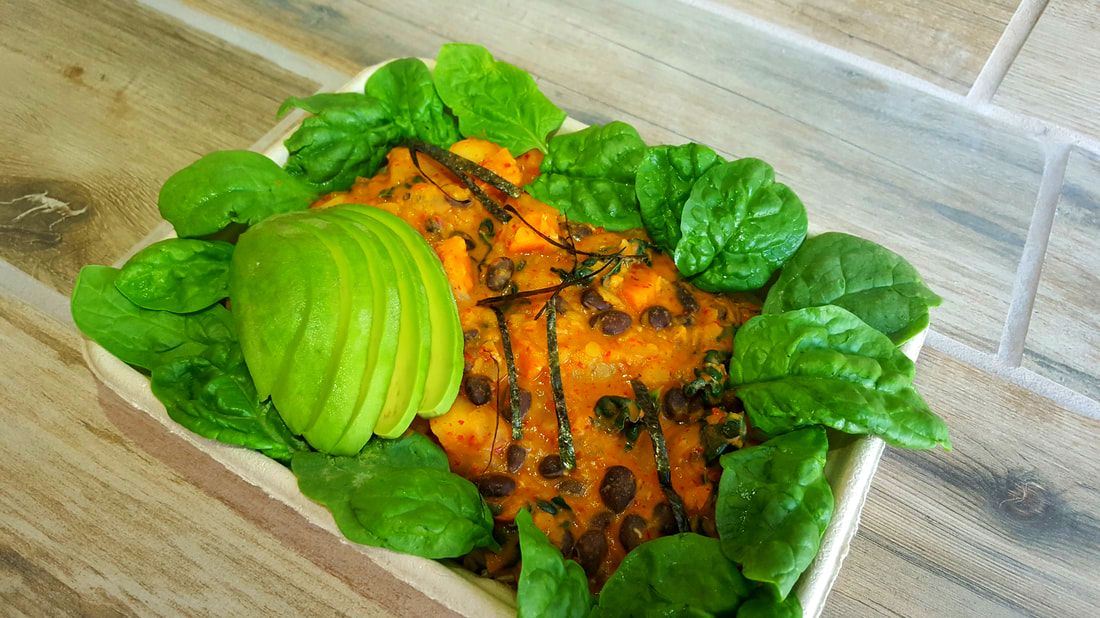 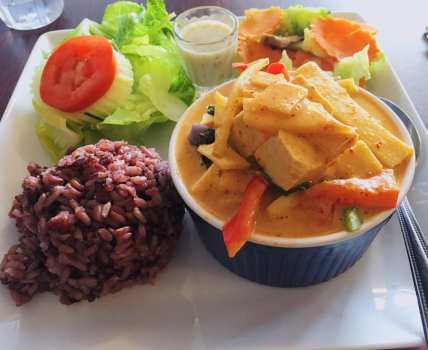 Vegan Plate is a vegan eatery in Chicago that is dishing out delicious Thai food. The menu consists of items like the gyoza, spring rolls, tofu satay, spicy seafood soup, and more. Try out the Red Angel Noodle, which is deep fried soy fish on a bed of lettuce topped with sweet chili sauce, carrot, bell pepper, white onion and pineapple. You could also try making this Seafood Pot Pie.

If you are craving some pizza, hit up The Chicago House of ‘Za Vegan Pizzeria. The menu has thin crust, stuffed crust, pan crust, and more. Try ordering the stuffed crust pizza, which is two layers of dough stuffed with cashew cheese, your choices of veggies, seitan and is topped with marinara sauce. You can also try out this recipe for Homemade Pizza Crust. 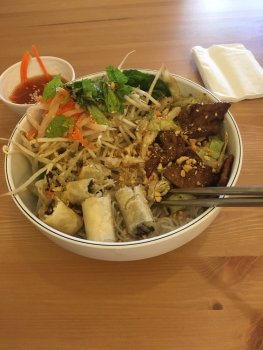 Another popular vegan restaurant in the Chicago area, is Alice and Friend’s Vegan Kitchen. The menu has a variety of different items, like popcorn nuggets, a rainbow roll, crispy spring rolls, Wonton soup, and more. You could try ordering the Tom Ka Soup, which is a traditional Thai soup containing spicy coconut broth, lime juice, and is seasoned with lemongrass, galangal, kaffir lime leaves. This dish is served with broccoli, carrots, baby corns, mushroom and cilantro. If you can’t make it to Chicago, try out this recipe for Spring Rolls With Spicy Peanut Dipping Sauce. 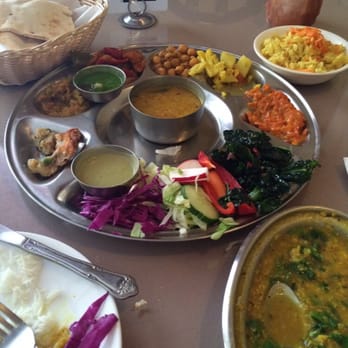 If you love Indian Food, try visiting Arya Bhavan, an all-vegan Indian food restaurant in Chicago. The menu has typical Indian dishes, like Samosas, Dalvada, Pakora, and more. You could try ordering the Masala Dosa, which is a thin golden crepe stuffed with spiced Potato and Onion, and is served with Sambar and Coconut Chutney. If you can’t make it to this lovely restaurant, try out this recipe for Curried Chickpea Dosas. 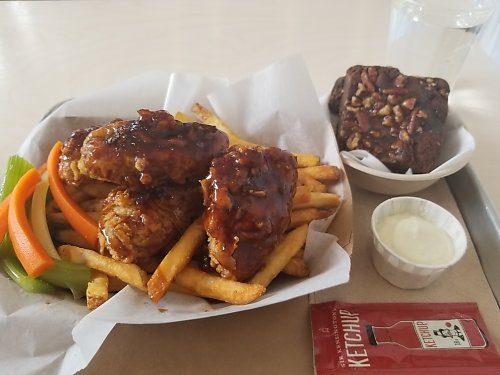 Kal’ish is a plant-based eatery, serving up delicious vegan fare. There is a lot of variety on the menu, and guests can order burgers, sandwiches, salads, Mexican plates, and more. Try the Avocado Mash Up Sandwich, which has leafy greens, radish, red onion, peppadew relish, and house made almond ricotta. You could always try making this Smashed White Bean Avocado and Basil Sandwich.

We also highly recommend downloading the Food Monster App, where you can find recipes for Cheesy Party Potatoes, Tempeh Tikka Masala, Mushroom and Lentil Pot-Pie With Olive Oil Biscuits, and so much more! The App is available for both Android and iPhone, and can also be found on Instagram and Facebook. The app has more than 10,000 plant-based, allergy-friendly recipes, and subscribers gain access to new recipes every day. Check it out!