Your Guide to Vegan Indian Food: What to Order Depending on Your Dietary Goals 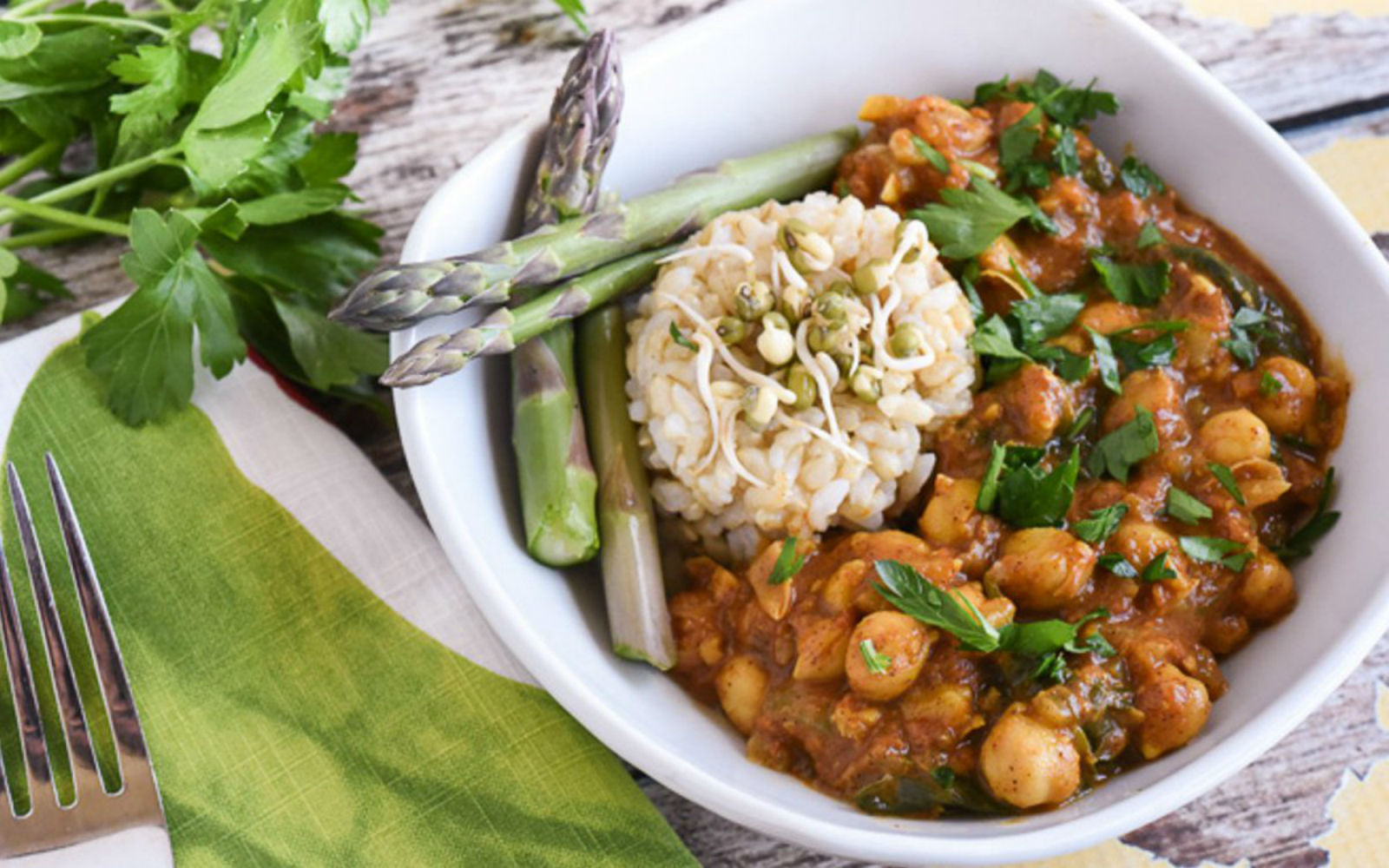 Even though Indian cuisine differs from region to region, Indian gastronomy is known at large for certain trademark staples that form the backbone of its culinary culture. There are the silky sauces, the fragrant spices, and the various kinds of bread and relishes that combine to create dynamic flavor profiles which appeal to nearly all five of our senses.

For many vegetarians, Indian restaurants stand out among the often times meat-heavy restaurant options. The good news is, Indian restaurants tend to be extremely vegan-friendly, so those looking for a flavorful plant-based meal need not miss out on enjoying a satisfying meal when dining out. But even though that Indian restaurant down the street has the potential to become your new go-to favorite, it’s important to be aware of a few things before you order the first vegetarian menu option you find.

Here are a few tips to help you make sure you’re ordering a meal that meets both your dietary and your taste preferences, too:

Watch Out For Ghee

For those who don’t know, butter is actually made of three components: butterfat, milk solids, and water. When you heat up butter over medium-low heat until it’s simmering, the water in the butter will slowly evaporate, leaving you with the milk solids and the fat. If you take all those remaining components and pour the mixture through a cheesecloth to remove the milk solids, you’ll be left with the pure butterfat, aka, ghee.

Ghee is one of the most ubiquitous ingredients in Indian cooking, in part because it doesn’t spoil easily. To be on the safe side, always inquire as to whether or not the dish you’re ordering from an Indian restaurant is made with ghee, and if it is, ask them to substitute a vegetable oil instead (although in some cases, the oil will already be peanut or safflower oil, so you’re in the clear). Most restaurants will be happy to honor your request.

While there are plenty of vegan recipes for Naan, a leavened white bread that’s found at pretty much every Indian restaurant out there, if you’re dining out, the naan is likely to have been made with yogurt. If you’re someone who craves bread with their meal, however, don’t despair: most, if not all, Indian restaurants serve vegan-friendly Roti, an unleavened whole wheat bread, and Puri, a deep-fried, puffed whole-wheat bread.

Vegan-Friendly Indian Options at a Glance

For bread, roti, puri, paratha, poppadom/papadum (a thin, crisp, disc-shaped cracker-like food), and chapatti are all traditionally vegan (although some restaurants do brush their chapatti with butter, so make sure to clarify you want it without). Poppadom is often served with a variety of chutneys and sauces. Most of these are vegan-friendly, although forgo dipping your poppadom in raita, a yogurt-based sauce.

For sides and entrées, look for the following words: saag, which means spinach or leafy greens-based, aloo, which means potato, dal, which means lentils, and chana, which means chickpeas. Most dishes with these words are veggie-based and easy vegan options. Steer clear of anything that contains the word “paneer” — that’s a fresh cheese.

For the Most Antioxidants, Order Dishes With These Common Spices

Indian cuisine is known for its liberal use of spices and herbs, such as ginger, turmeric, and cinnamon, as well as its

Cinnamon has anti-inflammatory properties, and has proven antibacterial and antifungal properties; check out this recipe for Cinnamon-Spiced Chana Masala for an idea of how it can be incorporated in vegan cooking.

Ginger is highly medicinal, known to combat stomach ailments of all kinds and has anti-inflammatory properties. You’ll find this special spice popping up a lot in different curries and entrées, like in this Methi Gobi: Indian Cauliflower With Ginger and Fenugreek.

Turmeric is a gorgeous spice that contains curcumin, which has been found to be comparable in efficacy to over-the-counter and prescription anti-inflammatory agents without the toxic side effects. Check out how vibrant it makes the rice look in this Easy Vegetable Curry dish.

Many Indian dishes also follow the principles of Ayurvedic nutrition, which you can learn more about here.

Looking to Up Your Protein Intake? Order These Meals

If you want to consume a high-protein Indian meal, you’re going to want to order something that contains either dal, rajma, or chana, which translates to lentils, kidney beans, and chickpeas respectively (you don’t want to miss this 15 Minute Chickpea and Spinach Curry — it’s one of our Food Monster App‘s most popular recipes!).

Lentils contain 18 grams of protein in just one cup, so options like the Northern India Masoor Dal or this Sweet Potato and Tomato Red Lentil Dal are flavorful, good choices for protein lovers.

Kidney beans have nutrients that provide significant protection against heart disease and 15 grams of protein per cooked cup. This recipe for Rajmah – Indian Red Beans will convince you to fall in love with them.

Cut Back on Fat With These Tips

If you’re looking to minimize your fat intake, we suggest skipping on the pakoras and samosas and puri; while delicious, all of those options are either traditionally served fried or deep-fried, so you’re better off sticking to a salad or veggie-based soup instead.

Additionally, many Indian curries use coconut milk to achieve a rich depth of flavor and mouth-feel; if you’re watching your fat intake, stick to something like Baingan Bharta, an eggplant- and tomato-based stew, instead.

Finally, order tandoori. Tandoori is a style of food named for the Tandoor, an Indian clay oven, that it is cooked in. If you order vegetable tandoori (and clarify you want it dairy and ghee-free), you’re ordering marinated vegetables that are skewered and then cooked in the oven, which means no extra oil! Check out this recipe for Tandoori Tofu for an idea, or this recipe for Tandoor Aloo: Marinated New Potatoes.

We hope this guide helped you understand the vast and varied world of plant-based Indian cuisine. If you’re interested in finding some more vegan recipes for Indian food, then we highly recommend downloading our Food Monster App, which is available for both Android and iPhone, and can also be found on Instagram and Facebook. The app has more than 8,000 plant-based, allergy-friendly recipes, and subscribers gain access to ten new recipes per day. Check it out!