The Biggest Wins for Animals in 2015 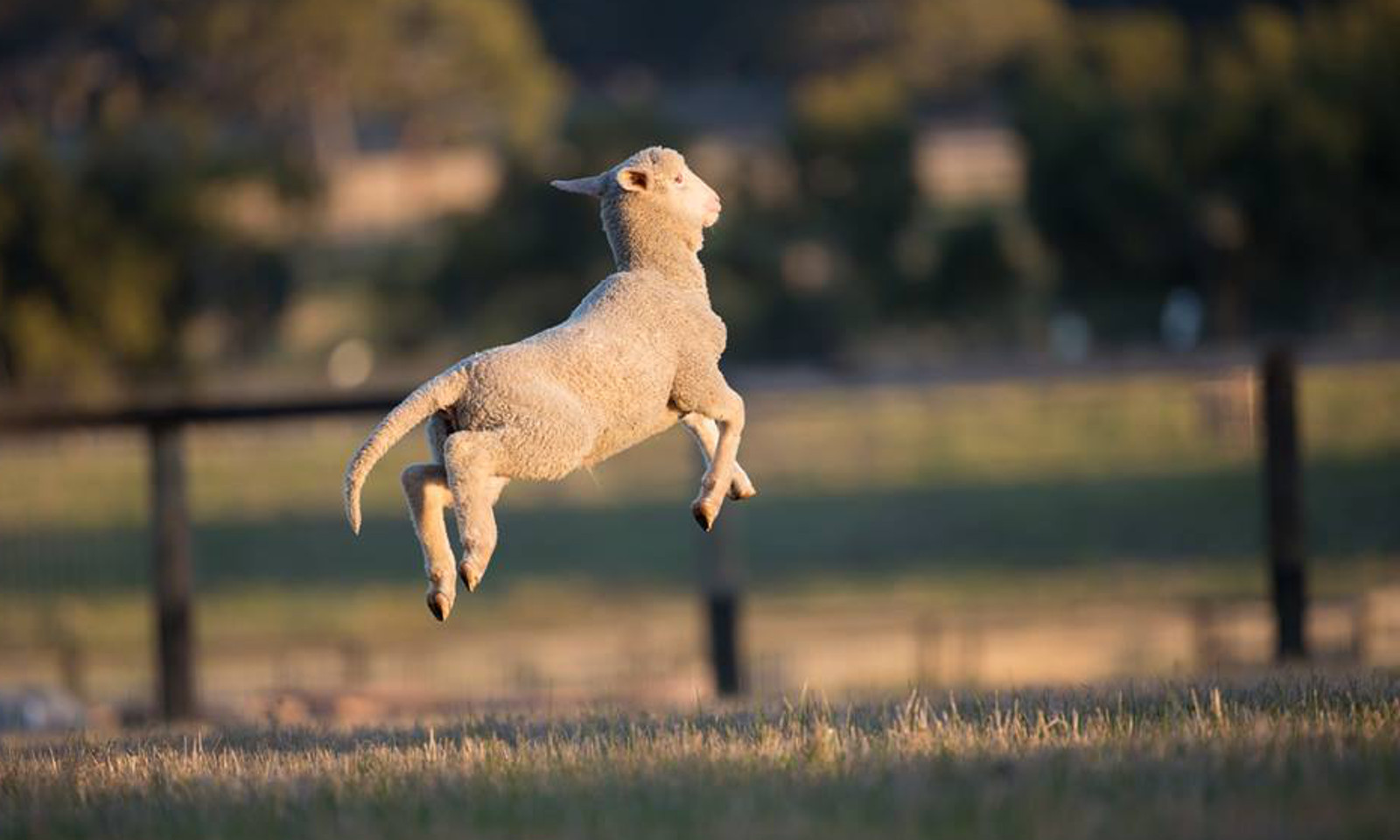 This year has a been a big one for animals. There have been hundreds of jaw-dropping rescues by good samaritans and amazing organizations. We’ve seen some unbelievable transformations and enough adorable furry friends to keep us smiling through the new year. As much of a difference as one person can have on the life of an individual animal, the ability to make widespread change to further conservation, wildlife protection, and animal welfare efforts, is largely in the hands of greater powers. That is why we’re proud to see our representatives taking big steps toward bettering the lives of the animals we share our Earth with. Let’s raise our paws and have a look back at some of the year’s biggest animal wins…

The U.S. Fish and Wildlife Service announced this year that it will list all chimpanzees as endangered under the Endangered Species Act – a move that will affect the futures of more than 1,800 captive chimps in the U.S. This is great news for chimps, as according to the Humane Society of the United States (HSUS), they “are often subjected to painful and distressing procedures, including liver biopsies, human virus infections, and frequent ‘knockdowns,’ in which a chimpanzee is shot with a tranquilizer gun.” Even when such experiments aren’t as extreme, HSUS reports that chimps may develop health and psychological problems, such as “depression, heightened aggression, frustration and even self-mutilation,” in such laboratory settings, where they may encounter any number of living arrangements, with some kept isolated and confined to cages for their entire lives.

The new ruling means that for the 733 chimps in labs across the U.S., research is far more limited. Having an endangered status means that anyone who wishes to use chimpanzees for research or entertainment will now be obliged to show how it will benefit chimpanzee conservation efforts, specifically. Plus, the law should curb the use of chimps for entertainment and pets. Hundreds of chimps have already been released to sanctuaries, and less than a handful of labs continue to hold chimps in captivity.

U.S. and China Band Together to Crack Down on Illegal Ivory Trade

Just days after President Barack Obama’s administration unveiled a set of efforts designed to restrict ivory trade in the U.S., the U.S. and China gave what may be the greatest gift to endangered elephants in years: the two countries came to an agreement in September to end the ivory trade, and, therefore, help save endangered elephants. In a fact sheet released by the White House on the meeting between President Barack Obama and Chinese President Xi Jinping, it is stated that the two countries plan to enact complete bans on the import and export of ivory. Considering that the U.S. and China represent the majority of the demand for ivory, this will greatly impact the market and hopefully cut down on poaching of these amazing animals. With this agreement in place, we are hopeful for a future with many more elephants!

Congress cleared a year-end spending deal on December 18, 2015, which includes special protections for elephants. Previous versions of the budget were laced with potentially disastrous consequences for animals, including a provision that would have blocked efforts to crack down on the illegal ivory trade in the United States. Considering that the U.S. and China just made an agreement to enact complete bans on the import and export of ivory, this could have been a devastating step backward. Demand for ivory has led to an elephant poaching crisis, with more than 100 elephants killed for their tusks every day. Africa has already lost 60 percent of its wild elephants, and if this rate continues, the species is expected to go extinct within the next 10 years.

Fortunately, riders to block efforts that crack down on ivory imports, exports, and commercial sales were not included in the latest omnibus budget, making way for the U.S. Fish and Wildlife Service’s Office of Law Enforcement to take a stronger stand against ivory trafficking. The spending bill also retained the Endangered Species Act protections for gray wolves.

Cats and dogs are wagging their tails over the Beagle Freedom Legislation, passed in California in October 2015, which now requires healthy cats and dogs, who are retired from use as lab animals, to be made available for adoption. Previously, California research labs had been able to euthanize the animals once they had outlived their “usefulness.” The law addresses the lack of protection for animals who are used as test subjects in California, particularly Beagles, whose gentle and easygoing nature has sadly led them to be a preferred breed for laboratory and pharmaceutical testing. More than 65,000 dogs are used in U.S. laboratories every year, often for toxicology studies, in which they are frequently  poisoned with experimental medications, pesticides, or food additives, in order to test their toxicity, with many left dying or maimed in the end. However, not all dogs and cats are irreversibly harmed and many can very well be adopted by loving families. As part of the ruling, the LA-based animal rescue organization Beagle Freedom Project (BFP), which had been on the forefront of the campaign to free lab Beagles, will help these sweet pups find their forever homes. We’ll raise a paw to that!

How can anyone harm this face?

Orcas and animal rights advocates rejoiced in October of this year when the California Coastal Commission, which regulates land and water use along the state’s expansive coastline, approved a planning permit that would prohibit captive breeding at SeaWorld’s San Diego aquarium. According to the Guardian, this measure, which will go into effect in 2018, will also ban the sale, trade or transfer of SeaWorld’s current 11 captive orcas. The move comes after massive backlash from the 2013 film “Blackfish,”  in which the documentary exposed the nature in which the park obtains and confines and breeds its whales and other marine animals. The film reached huge audiences, and customers have since deserted the tourist destination after being exposed to the park’s mistreatment of its orca whales, including its captive breeding practices. Ticket sales have collapsed at the park and SeaWorld has suffered an 84 percent fall in profits, according to the Guardian. Exposure of SeaWorld’s practices and low consumer demand helped lead to this breakthrough legislation.

Undercover investigations from inside factory farms and slaughterhouses around the country have exposed vicious cruelty to animals, including workers punching, kicking, stabbing and even sexually molesting animals. While much of the footage is difficult to even watch, the suffering is greatest for the farm animals that must live through it.  While factory farms often want consumers to believe that their animals are treated well, the unfortunate reality of the animal agriculture industry is that it is often full of abuse and shocking mistreatment. Animal advocates have been able to expose the horrifying mistreatment and abuse of farm animals by documenting factory farming practices by using undercover footage in order shed light on these practices.

However, rather than passing stronger laws to improve animal welfare and oversight of these industries, the food conglomerates have fought back with attempts to pass “ag-gags” laws designed to silence whistleblowers and anyone who dares to document such abuse. The laws are designed to protect the industries and its perpetrators, rather than the animals or consumers. Most ag-gag bills have been defeated, except for in a few large farming states including Iowa, Idaho, Utah, and Missouri. In the earlier part of the year, it seemed as though the multi-billion-dollar industries would win out in these states until this summer when an ag-gag law in Idaho was struck down and ruled blatantly unconstitutional. In his ruling, Judge B. Lynn Winmill said that the ag-gag law would violate First Amendment rights to free speech and the Equal Protection Clause as the legislation was obviously intended to silence only those who are critical of factory farms. In his ruling, he wrote:

“The recording prohibition gives agricultural facility owners veto power, allowing owners to decide what can and cannot be recorded, effectively turning them into state-backed censors able to silence unfavorable speech about their facilities…Protecting the private interests of a powerful industry, which produces the public’s food supply, against public scrutiny is not a legitimate government interest.”

We’re hopeful that the ruling in this key state signals that ag-gag laws may soon be history.

Starting in January, the FBI will start tracking animal cruelty cases, in which police departments and law enforcement agencies around the country will be required to report cases of animal abuse through a national database. The FBI will use the information uploaded onto its National Incident-Based Reporting System to provide nationwide statistics on crimes committed to animals. These cases will also newly be categorized as “crimes against society,” and will now be regarded as Group A felonies, a grouping which also includes murder, arson, assault and drug trafficking. This new classification will hopefully help justify harsher sentences. Not only will this law hold animal abusers responsible for their crimes, but it may also help prevent them from abusing animals in the future, and there is a chance that shelters could be given access to the data in order to ensure animals are not adopted by offenders, who may be more likely to subject them to neglect or abuse.