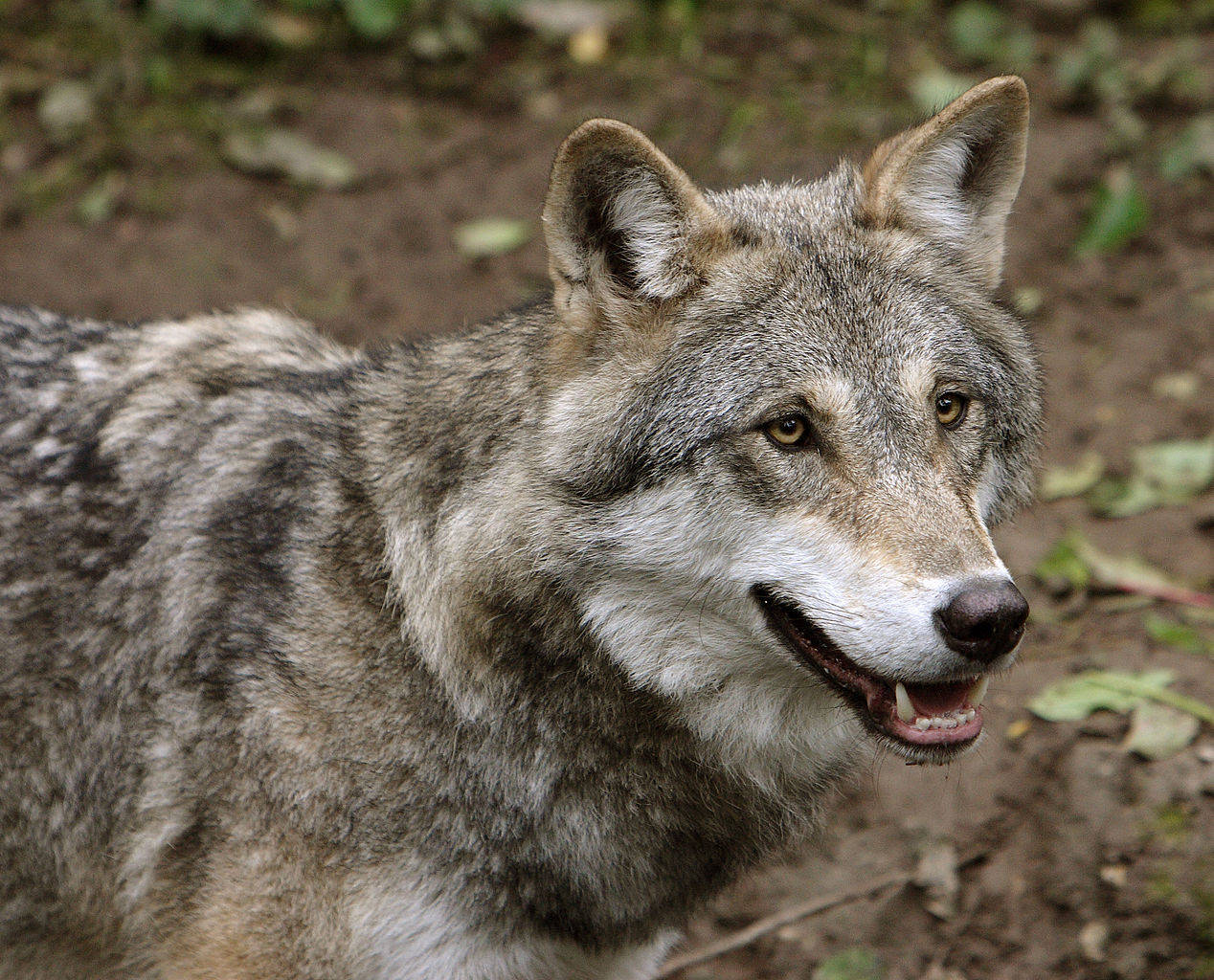 Gray wolves are endangered and have recently been brought back from the brink of extinction. In 1978, the U.S. Fish and Wildlife Service (USFWS) declared all species of canis lupus south of Canada as endangered. Now, the USFWS wants to remove the wolves’ protected status. The gray wolf is protected under the Endangered Species Act, and while conservation efforts have been very successful, scientists believe that removing their protected status is a premature move.

In 2012, a resolution was offered to both Congress and the Senate requesting that gray wolves in Michigan be delisted and established as a game species. In both resolutions, there was a paragraph stating a fictional account of wolves attempting to prey on young children. The account was entirely false. Children were never in harms way, and the wolf that had been sighted fled after the family dog barked at it. The resolution cited this incident as the main reason for delisting the gray wolf because the author(s) did not “want to wait for a tragedy” to happen. They suggested that due to the increasing wolf population, or conservation efforts, an attack on children would eventually occur.

Many have argued that this false statement played a large role in the decision to delist the gray wolf as an endangered species in Michigan. The senator responsible for this falsehood eventually made a formal apology. Unfortunately, the resolution was not revoked.

Setting Wolves Up for Failure

Included in these resolutions were reports of wolves attacking cattle at an alarming rate, but 96 of the 149 cows reportedly killed, were killed on a single farm. On this particular farm, the animals were left unsupervised and when they died of causes unrelated to wolves, their bodies were left rotting in the fields. (Dead animals attract wolves.) The property owner did not follow the protocols put in place by authorities for deterring wolves. Furthermore, the owner failed to care for the donkeys given to him by authorities as part of the wolf-deterring protocol. The donkeys eventually died of dehydration. The environment provided by the landowner was an invitation to wolves. The bodies were eventually removed by the state and no charges were brought against the owner of the farm.

According to a report in the Huffington Post, Montana has sold over 6,000 wolf-hunting licenses that give hunters permission to kill five wolves each. The current wolf population is just over 600. Clearly, there aren’t enough wolves to accommodate 6,000 hunters, but when one takes a look at the numbers, the math makes perfect, unethical sense.

Yellowstone National Park generates about $30 million from wolf watching, but it costs about $150 million to reintroduce and recover wolves into the Northern Rockies. Montana generated over $100,000 from selling 6,000 hunting licenses; licenses that are valid per season. The state of Montana’s Fish, Wildlife, and Parks is holding a public comment hearing now, through Dec. 20, 2013. You can make your comments heard here.

Why You Should Care

Wolves are essential to maintaining a balanced ecosystem. They keep deer and elk populations in check, preying on the weak and sick, thus keeping the herds healthy. Without a large natural predator, herds can ruin ecosystems and cause an imbalance in a region’s flora and fauna. For example, in Yellowstone National Park, elk populations sky rocketed after the gray wolf was exterminated, as a result, the aspen tree became endangered. When wolves were reintroduced to the park, the elk populations became balanced. Now, both the aspen tree and the wolves are making a come back.

Get to know the wolves here.

Say “No” To The Anti-Wolf Agenda

Are you a registered Michigan voter? Sign the legal petition to give Michigan voters a say in the matter here. You can also sign this petition if you want to help launch a second referendum in Michigan to preserve the first one. Not a Michigan resident? You can still help. Have your comments heard by the USFWS here.

People do not eat wolves, and they are not game animals. Trophy hunters, who just want to kill wolves for fun, hunt them. Wolves have an important place in the American landscape. Conservation efforts were launched to help restore balance to our country’s ecosystem, not so that fun-hunters could have another pelt to add to their trophy collection.