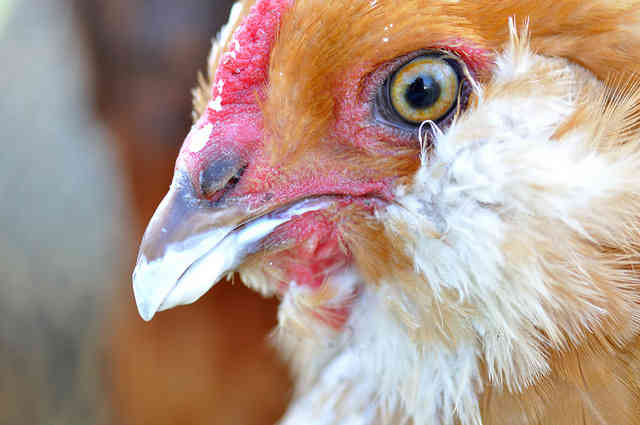 A new op-ed by Nicholas D. Kristof in the New York Times broke the news of an undercover investigation conducted by the Humane Society of the United States at Kreider Farms, a battery cage egg production facility in Pennsylvania. According to Kristof, the investigator, who says he worked for Kreider between January and March of this year observed an operation that had “little concern for cleanliness or the welfare of hens.” Mice ran down egg conveyor belts, barns were thick with flies and three barns tested positive for salmonella. In some cases, 11 hens were jammed into a cage about 2 feet by 2 feet.

According to the HSUS, at Kreider, the birds have even less space than the industry standard of 67 square inches per animal. Kreider Farms is not a member of United Egg Producers, who joined with the HSUS in 2011 to support new federal standards that would provide more space for hens. Hmm…we wonder why?

This is not the first time that Kreider Farms has been the subject of a cruelty investigation. According to Farmed Animal Watch, a Pennsylvania activist group called Hugs for Puppies investigated three of five egg production facilities owned by Kreider Farms in 2005 and captured graphic photos and videos of overcrowded cages with dead and dying birds, as well as “disposal” bins where sick or injured burred were discarded. The group also filed a complaint with the Better Business Bureau, alleging that Kreider Farm’s use of the phrases “first rate animal husbandry care” and “happy chickens lay lots of top quality eggs” on its website were clearly false.

But don’t worry about the complaints of silly activists, because Kreider Farms was awarded the U.S. Poultry & Egg Association’s 2008 ‘Family Farm Environmental Excellence Award,’ for apparently investing millions of dollars into high-tech egg facilities, which enhance bird welfare and improve food safety. Wait, what? Where? I guess we just have to take Kreider’s word on this front. Moreover, their website describes the company mission as follows: “To achieve excellence in delivering low cost, safe, high quality products and services to our customers while being good neighbors and stewards of the land, operating clean, efficient and state-of-the-art facilities and creating a work environment of openness, honesty, trust, and personal satisfaction.” The site also feature videos of their egg-laying hens, but our guess is they won’t be posting any undercover HSUS videos in the company spirit of “openness, honesty and trust.”

So, What Can You Do?

Supporting H.R. 3798, the federal bill aimed at improving the lives of egg-laying hens should seem like the logical response to all this cruelty and deception. But it really depends on who you ask, because animal groups are not unified on this front either. The Humane Farming Association has dubbed H.R. 3798 the “Rotten Egg Bill.” They have even launched a website, which explains that if the new law is enacted it would forever keep hens locked in cages, despite the wishes of the vast majority of the American public. Specifically, they claim that the law would nullify existing state laws that ban or restrict battery cages, deprive voters of the right and ability to pass ballot measures banning cages and deny state legislatures the ability to enact laws to outlaw battery cages or otherwise regulate egg factory conditions.

Confused, yet? Well, read HSUS’s position, as well as Humane Farming Association’s take on the Federal Egg Bill and decide for yourself! In the interim, there’s one clear choice we can recommend: ditch the eggs and try some tofu scramble instead. The abused egg-laying hens, your health and your taste buds will be very grateful!