Wild and Captive Chimpanzees to Get Strongest Protections Under the Endangered Species Act! 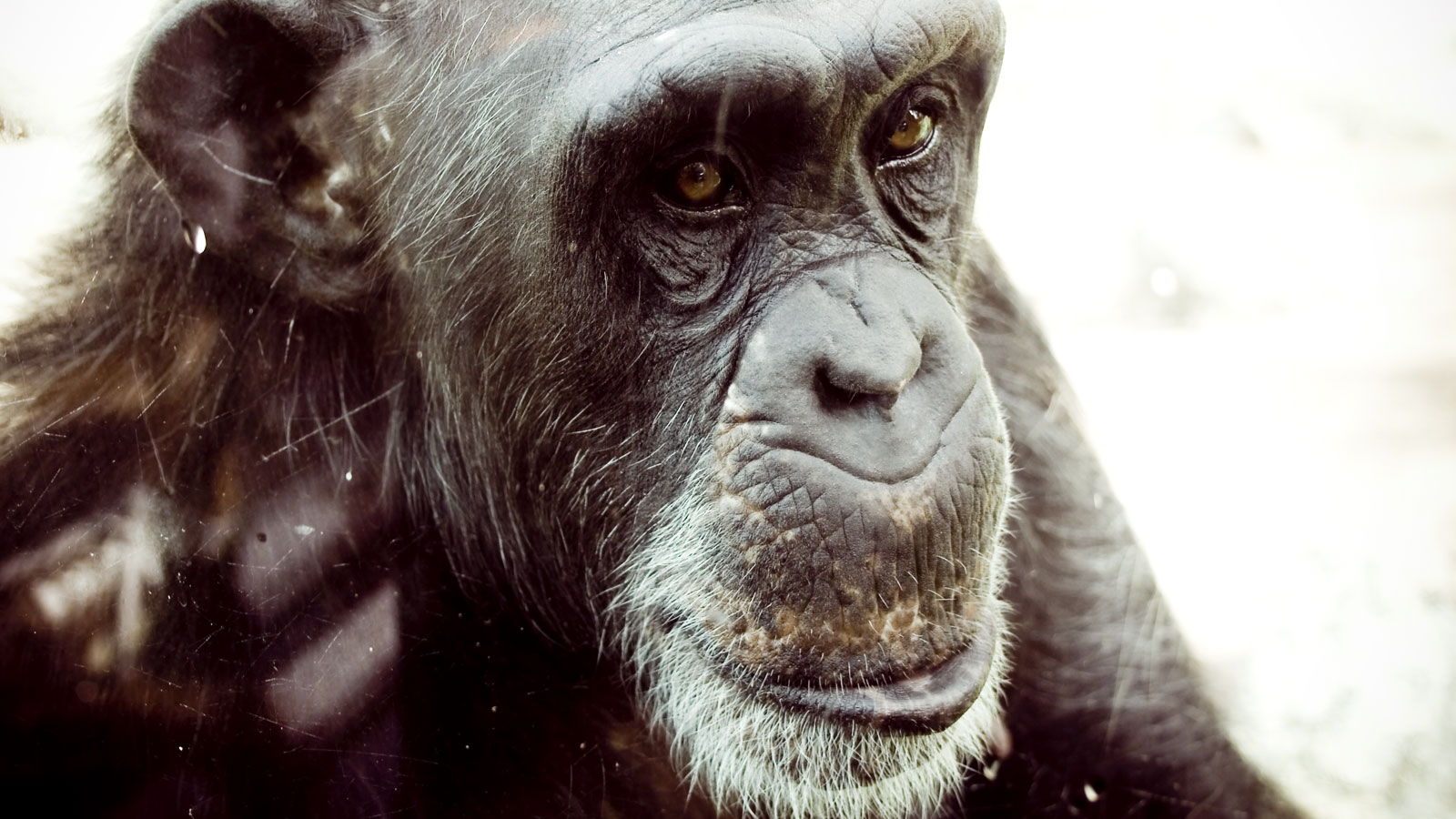 In a tremendous and long-awaited advance, the U.S. Fish and Wildlife Service announced that it will list all chimpanzees as endangered under the Endangered Species Act – a move expected to significantly affect the fortunes of perhaps 1,800 captive chimpanzees in the United States. Since 1976, captive chimpanzees have been wrongly denied much-needed federal protection under the ESA. Several years ago, The HSUS, Jane Goodall, and a number of others petitioned the federal government to correct what we argued was an unlawful regulation. I participated in a press teleconference today with Service director Dan Ashe and Jane Goodall to announce this upgrade in legal status that will now give captive chimps new protections.

Any use of chimpanzees that would involve harming, harassing, or killing them will now require a permit demonstrating that such use will enhance species conservation, as required by the ESA. The final listing was issued in direct response to a legal petition filed with the Service by The HSUS and a diverse coalition of organizations. Among the petitioners were the Association of Zoos and Aquariums, the Jane Goodall Institute, the Wildlife Conservation Society, the Pan African Sanctuary Alliance, Humane Society International, The Fund for Animals, and the New England Anti-Vivisection Society.

Though their wild counterparts were listed as “endangered” in 1990 amid concerns of dwindling populations, the Service made a controversial and unusual decision to “split-list” the species by depriving captive chimpanzees of the endangered status. Captive chimpanzees were only recognized as “threatened,” a status which carries far fewer protections. To make matters worse, this less stringent protection for captive chimps was accompanied by a special rule which essentially stripped away even the few protections generally afforded to “threatened” species.

As a result, these intelligent and emotionally aware primates have long been exploited by a number of industries in the United States known to cause them harm. They have been bought and sold as part of the interstate exotic pet trade. They have been forced to perform in films and silly TV commercials and in circuses by the entertainment industry. They have been used as unwilling subjects in invasive biomedical research, a practice that was deemed largely unnecessary by a 2011 Institute of Medicine report.

In our legal petition, we submitted scientific evidence showing that “split-listing” of chimpanzees was not only bad for captive chimps but that it was also bad for wild chimpanzees. In the last 30 years, populations of wild chimpanzees have fallen by 66 percent primarily due to habitat loss and poaching, which is driven in part by the exploitation of captive chimpanzees in the United States. Furthermore, there is evidence that their exploitation leads people to think that this majestic species doesn’t need to be conserved. After all, animals dressed in tutus couldn’t actually be under threat of extinction, right?

In response to our petition, the Service announced in 2011 that sufficient evidence was presented to warrant an official review, and in 2013 issued the proposed rule, finalized today, to list all chimpanzees as endangered under the ESA. Again, this was a campaign years in the making – like so many of our efforts – and we stayed the course and made a case that was hard to deny.

The last few years have brought amazing progress toward ending invasive research on chimpanzees and now our sights are set on retiring those chimpanzees to sanctuary. Last summer, we celebrated the retirement of all 110 federally owned chimpanzees from New Iberia Research Center to Chimp Haven, the national chimpanzee sanctuary in Louisiana. These chimpanzees are now able to bask in the sun and form lasting bonds as part of large social groups. Witnessing their transition from lab to sanctuary is truly heartwarming and it reminds us why we work so hard to make a difference in the lives of animals.

The Fight Isn’t Over

Unfortunately, as we are in the midst of this great progress, we have come up against new battles: since March The HSUS took up an effort to come to the rescue of chimpanzees abandoned in Liberia by the New York Blood Center (NYBC). NYBC used these chimpanzees for profit for decades and then precipitously pulled funding for their care, despite a public promise to provide lifetime care for these animals in their retirement. We are calling on NYBC to reinstate funding immediately and work with us and chimpanzee experts on a long-term, sustainable solution that is best for these chimpanzees. We are thankful to the tens of thousands of people who have joined our effort by pressuring NYBC and donating to these deserving animals who have been through so much.

There is still much to do to help chimpanzees in U.S. laboratories as well. To its great credit, the National Institutes of Health announced its intention to retire more than 300 additional federally-owned chimpanzees and we are working to see that through. Our team is diligently working with stakeholders to address the remaining challenges to getting chimps out of labs for good. (Your support of our Chimps Deserve Better campaign will help get these chimps to sanctuaries sooner than later.)

Finally, many chimpanzee populations are seriously endangered in the wild. Through Humane Society International, we’re doing more to extend protections to chimpanzees in their home ranges. In all of these efforts, it’s been our great pleasure to partner with the Arcus Foundation, which is deeply dedicated to the protection of all great apes, in the wild and in captivity. Tremendous thanks to U.S. Fish and Wildlife Service director Dan Ashe and his team for taking this critical step.

Please join me in celebrating this long-awaited victory—we couldn’t have done it without you.