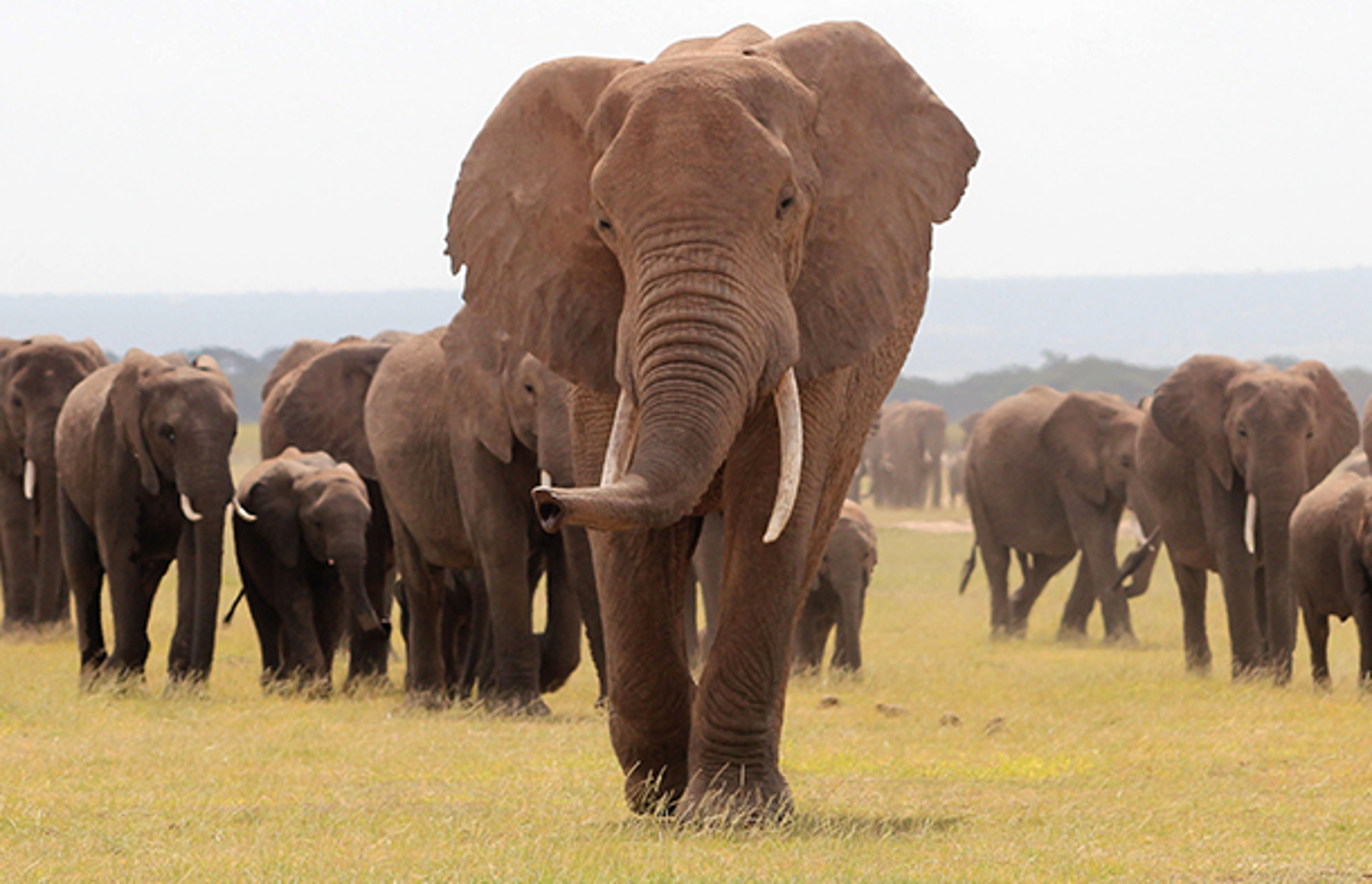 Where do the elephants of Amboseli National Park go when they leave the protected boundaries of the park?

Previous research has shown that Amboseli elephants spend as much as 80 percent of their time outside the park, which is mostly surrounded by owned by Maasai group ranches.

Unfortunately, no one knew just how far throughout the Amboseli ecosystem elephants traveled and where they most were in danger of conflict with human settlement because of their migratory patterns. 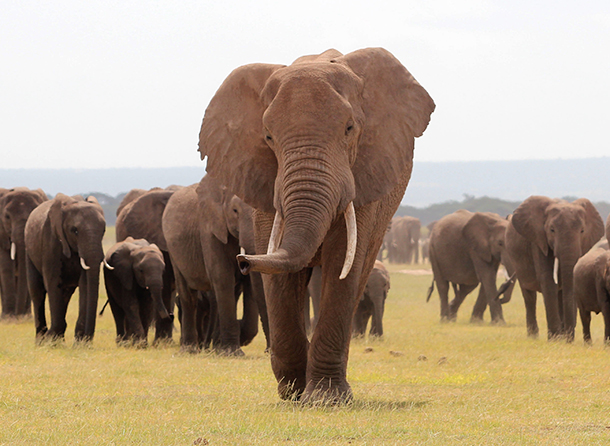 IFAW, in partnership with the School for Field Studies and the Kenya Wildlife Service, collared 12 elephants from a geographically diverse set of family units between February 2013 and April 2014.

Our strategic collaring of those 12 elephants — monitored daily for more than two years—has yielded a detailed scatterplot chart that gives us the best view of elephant use of the Amboseli ecosystem to date.

Our research shows that the elephants use land from four different Maasai group ranches. 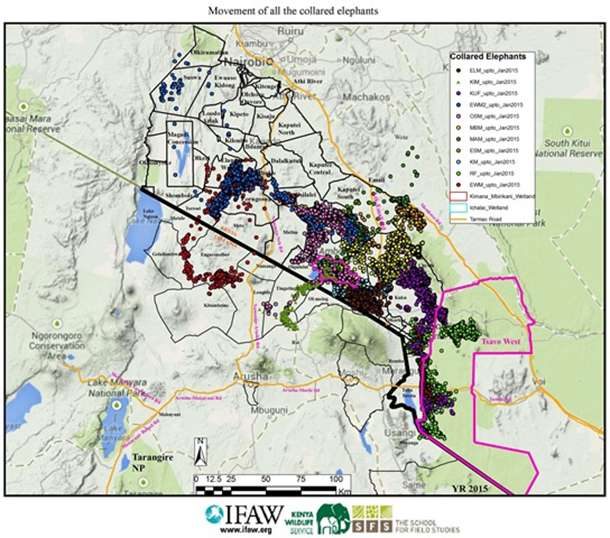 We have also learned that elephants in and around the Torosei, Elangata Wuas, Lorngosua and Meto group (represented in the charts through the data points of EWM & EWM2) migrate in very specific patterns around human settlements. This implies that they have very little natural habitat space, particularly in cases of prolonged drought as have been experienced recently due to delayed rainfall.

Under normal circumstances, elephants steer away from human settlements and other intrusion by humans. However, recently we have witnessed an escalation in human-elephant conflict due to various reasons among them competition for water and pasture.

In addition most land owners in the group ranches are interested in crop farming as opposed to extensive livestock rearing or creation of wildlife conservancies. Farmed crops will naturally attract elephants, increasing chances of human/wildlife conflict.

Conflicts experienced recently in this northwestern area have resulted in the translocation of some elephants to other areas. 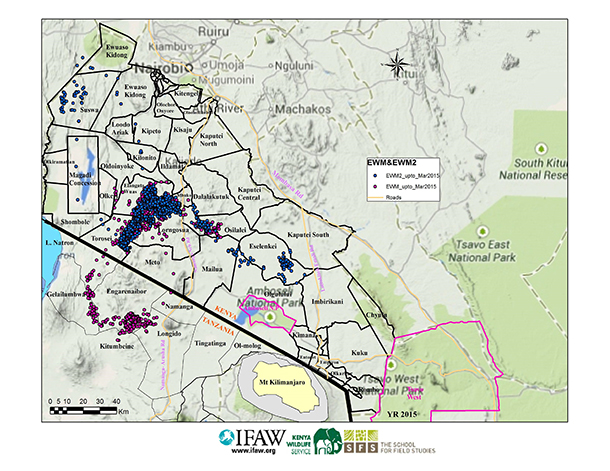 Today we are talking about this area, but soon the same fate of elephant conflict could befall Osilalei – which is the only natural link between the Maasai Mara region in Narok County and Amboseli. Currently more than 50 percent of the Kimana Group Ranch which was wildlife habitat has been turned into human settlement.

What can we do to stop this gradual but sure loss of elephant and wildlife habitat?

It is cases like these that drove IFAW to lease 16,000 acres of land from OOGR community to secure habitat for elephants and other wildlife. This land is invaluable wildlife habitat that if lost will delineate Amboseli National Park from Longido Game control area, Enduimet Wildlife Management Area, Tanzanian Kitenden Corridor that leads to Kilimanjaro Forest Reserve and National Park in Tanzania and Kitirua and Elerai conservation areas at the south of Amboseli National Park.

This research and continued monitoring of the 12 chosen elephants will help us develop future projects with local landowners and further secure habitats for Amboseli elephants.