When the Elephants Go, Will We be the Next to Follow? 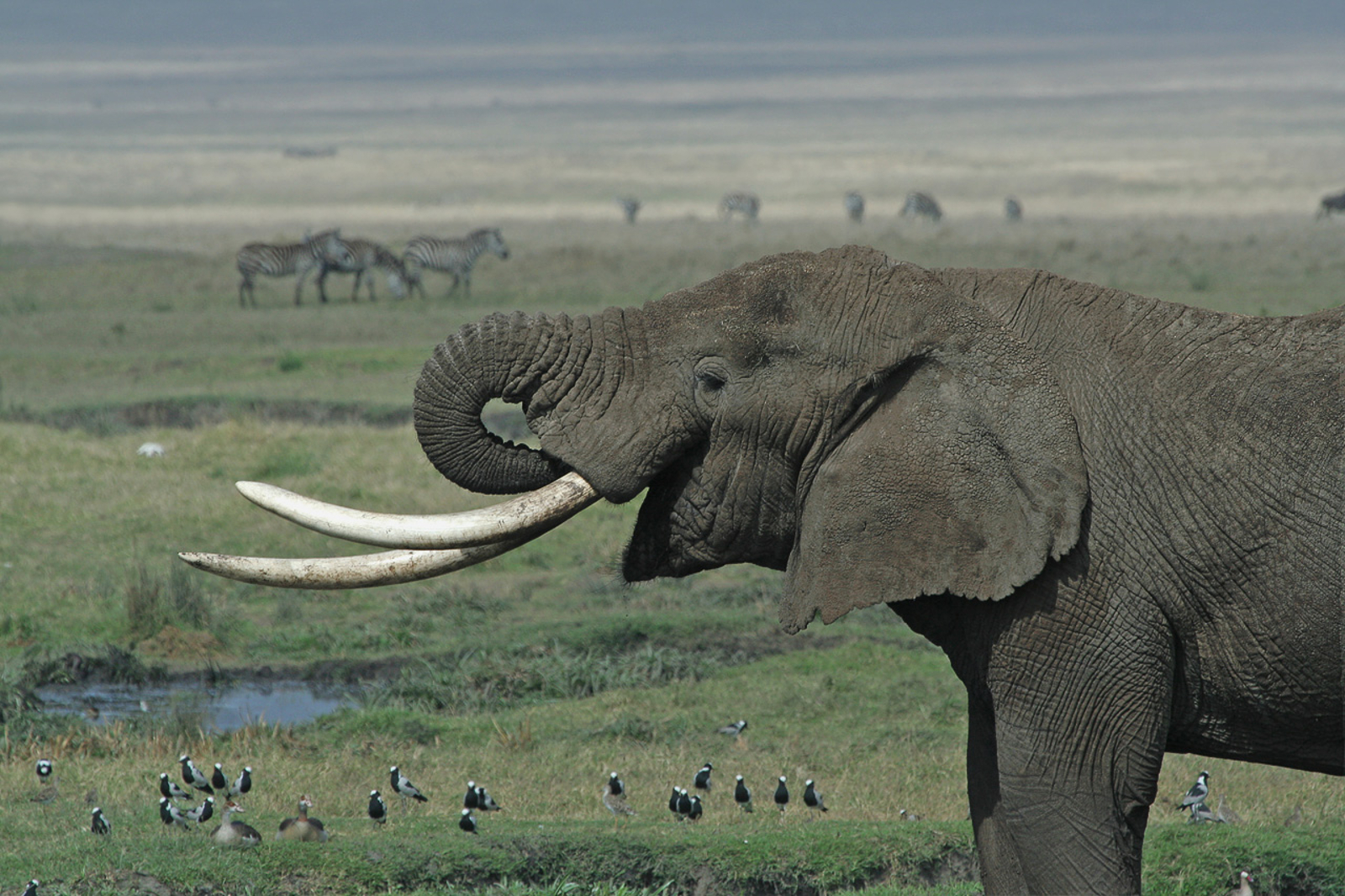 There are many incredible and wondrous feats that human beings have accomplished in our relatively short history on this planet. We’ve created art that would bring you to your knees with beauty and inspiration, we’ve built buildings larger and more breathtaking than you can imagine, and proven resilient time and time again when faced with major crises and drastic change. But we are now faced with something that we’ve created that may be not so quite as awe-inspiring.

Shrinking ice caps, air pollution, and a rapidly warming planet are the symptoms of one of the largest creations humankind have wrought on the planet, the creation of climate change. And unlike any nebulous “thing” we’ve created before, this phenomenon effects not only us, but every living being that calls this planet their home.

A new report from the journal, Science, confirms that the sixth mass extinction of species is well underway. There is no arguing with the facts on this one; in the past 200,000 years humans have spent on the planet, nearly 1,000 species have gone extinct. Since the year 1500, we have killed off 322 animal species, and the remaining animal species on Earth have shown an average of a 25 percent decline in abundance. Additionally, in just the past 35 years, the human population nearly doubled while the number of small insects and invertebrates fell by half. Could these trends be related?

The loss of species is moving at such a rapid pace that it has been termed “defaunation” connoting a process similar to deforestation. Incredibly aggressive, and distinctly human. Current extinction rates are occurring nearly 1,000 times faster than the average pace in Earth’s history.

While this rapid disappearance of species may seem like a far off problem to a person who lives in a city or far separated from any sort of wildlife, the trickle down effect of the disappearance of these species will likely come full-circle, impacting human life as well.

When the Elephants Go…

The African elephant has been poached into near oblivion in recent years due to the prevalence of the illegal ivory trade. Every year between 35,000 and 50,000 African elephants are slaughtered for their ivory tusks, which have a market value that is notably higher than gold.

By examining the greater impact that the disappearance of one this single animal, the African elephant, has already had on the social and environmental health of its native regions, we can begin to understand the breadth of the impact we are set to see with the further collapse of the world’s species.

The illegal wildlife trade ranks among the top grossing illicit trades on Earth, and just as drug cartels use profits from sales to purchase ammunition and fund criminal activity, the leaders of illegal wildlife trades use their profits to similar ends. Boko Haram, al-Shebab, and the Lord’s Resistance Army, are all known to use wildlife poaching to fund terrorist attacks. The result are not only wreaking havoc on wildlife populations, but also driving violent, social unrest.

However, the criminal activity that spawns from poaching the African elephant is not the only negative impact that the disappearance of this species has on humans.

Elephants are largely considered the architect of the African ecosystem. In “The Human Ecology of World Systems in East Africa: The Impact of the Ivory Trade,” N. Thomas Hakansson asserts that aside from the human, no other mammal has such a profound effect on their environment than the elephant as flora and fauna trends alter greatly depending on their presence.

Elephants dig deep wells in dry riverbeds to form watering holes for other animals, without the elephant, droughts cause mass deaths for other animals and disease from rodents and insects runs rampant. Further, this species is responsible for maintaining open grasslands in the African savannah. Areas where the elephant have been removed exhibit thick wooded vegetation. This sort of vegetation is an ideal habitat for the tsetse flies, which, like the mosquito, spread blood-born pathogens amongst humans.

If vegetation is not properly controlled it causes soil erosion, allowing rivers and other much needed water resources to dry out putting even more strain on a struggling water cycle. To paraphrase the FAO, soil erosion has the ability to destroy entire civilizations. The IPCC estimates that one billion people already living in dry conditions will face increasing water scarcity as the environment continues to degrade. Clean, potable water is already hard to come by  in many regions of the African dessert.

If by protecting the elephant we could help to restore dying ecosystems, prevent the spread of infectious diseases, and prevent social unrest and criminal activity, then would a tusk be worth more than just its dollar amount?

Could the Prevention of the Sixth Mass Extinction be in Our Control?

It is a series of human actions that has driven us to this crossroad: on one side there is a categorical cliff, but on the other there is a slow road to recovery. Luckily, of all human strengths innovation has never been an area of difficulty. Knowing what we do about the cause of species extinction there are very effective actions we can take to change the course of our human “meteor.” This is not a situation that we can look back on and say, “well, if we had known what was going on, we would have done something.”
It’s a time for action.

If we can manage to counteract the effects of “defaunation” with “refaunation,” we can save these three species from extinction and slowly work our way toward helping others. The sixth extinction is underway, but the difference between now and when it began is that now people are waking up. By making the connection and seeing that this disappearing species will inevitably one day be us, we can change the course of this barreling storm. If we were powerful enough to start this ripple, we are certainly strong enough to stop it.

What YOU Can Do for the Elephant

One of the most vital steps in saving the African elephant is to ban the trade and sale of ivory across the board. In the United States, bans are decided on a state level. New Jersey is the most recent state to all out ban the trade and sale of ivory within its borders, to learn how you can take action to see New York follow, click here. To take action in your state, contact your local legislator and urge them to propose an ivory ban within your state’s borders.

Share this infographic to spread the word about the illegal ivory trade and urge your friends to pass it along as well.

There is no question that the fast progression of the sixth extinction is driven by human causes, but there is still time. In this scenario, we are the “meteor,” though our destructive abilities may be akin to a giant space bolder, the difference is that a meteor can’t change its trajectory … we can. This is not a hopeless, inevitable line, there are, in fact, many choices we can make that will make a difference.

A series of small actions can lead to a big change. If after this species goes extinct, we could be next then the only logical step to protect ourselves is to start by protecting them.