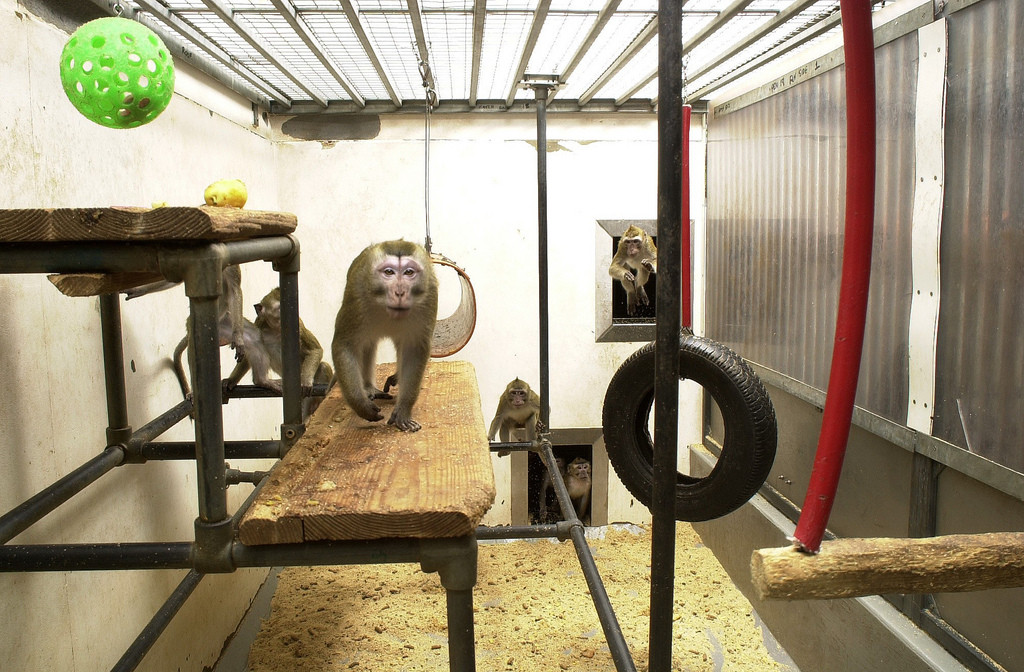 The animal testing debate, as I’ve often said, has voices on all sides, and though I’ll be placed in the animal activist camp, that doesn’t make me an “extremist” or cloud my judgment. In researching for this piece, I was intrigued by this statement I read in a Slate article, “Since the alternative [to animal testing] is to experiment on people, most everyone other than hardcore animal lovers accepts animal testing. Periodically, however, a spectacular failure raises new questions about the enterprise—not for ethical reasons, but scientific ones.”

There are a few things here I find interesting, first, the alternative to animal testing would absolutely never involve the kind of pain that we inflict on animals, to be inflicted on humans. It would (and does) involve clinical observation, clinical research, in vitro research with human tissue, autopsies, computer modeling, technology, human drug surveillance, epidemiology, pathology, preventive medicine, among other methods. Second, you don’t have to be a “hardcore animal lover” to reject the practice of animal testing. Lastly, I appreciate the concession that there are scientific reasons that animal testing should no longer be the status quo. Let’s take a look at some of them.

According to Doctor Aysha Akhtar, M.D., M.P.H. a neurologist, public health specialist, and author, “If you were volunteering for a clinical trial, there is more than 90 percent chance that the drug that tested safe and effective in animals will be ineffective or unsafe in you.”

There are numerous examples of animal-to-human clinical trials going wrong for the specific reason that the animals reacted positively to the treatment, but the humans did not, because they are not the same species. A few are listed in the article “The Top 3 Ways Animal Experiments Hurt Humans.”

So just how often do animal tests predict side effects in humans? According to Slate, “Although it is central to the legitimacy of animal testing, only a dozen or so scholars over the past 30 years have explored this question. The results, such as they are, have been somewhat discouraging. One of the scientists, Ralph Heywood, stated in 1989 that “there is no reliable way of predicting what type of toxicity will develop in different species to the same compound.” The concordance between man and animal toxicity tests, he said, assessing three decades of studies on the subject, was somewhere below 25 percent.”

This is a stunningly small amount of research on a subject that is so central to our scientific community.

2. Laboratory animal caretakers are faced with a huge moral dilemma

We will make the assumption that the majority of people involved in animal experimentation are not inherently evil, but are simply doing what they believe will most greatly benefit humankind, like the researcher featured in this OGP article. And so, because of this, they are faced daily with the emotional trauma between what they believe is right, and the face inside the cage.

An article posted on the Happy Cow blog in response to a New Scientist article on the lives of lab animal caretakers provides this insight on the issue: “While in the captivity of the lab, animals are tended to by trained professionals who feed, clean and care for them as best they can … Feelings of attachment and affection are natural in these situations, much as anyone with a pet at home who they care for can attest to. Therefore, with a routine part of the carer’s job being to end the life of an animal they’ve cared for there’s bound to be some unresolved internal struggle and conflict. Especially when the modes of euthanasia administered include: lethal injections, suffocation by carbon dioxide or breaking the neck of the animal.”

For some eye-opening first-hand accounts of what it’s like in a research lab, check out the documentary, “Maximum Tolerated Dose.”

3. We’re supporting animal testing with our tax dollars, even if we don’t want to be

Yes, our tax dollars go to many things we probably don’t support, but we should be doing everything we can to know where our money is going and how it’s used. Only then can we hope to do something about it.

The White Coat Waste Project is just one organization dedicated to exposing the government’s $12 billion a year animal experimentation budget. Check out their website for a multitude of examples of what’s going on behind the government’s closed doors.

Their bottom line? “We’re pro-animal and pro-taxpayer. If you support either – or both – of these values, then welcome aboard! … Even if you support animal experimentation in principle, you have the right and responsibility to know what occurs behind the closed doors of the government’s animal labs that you’re paying for.”

4. Drugs that fail in animal models cause us to potentially ignore real cures

According to Dr. Aysha Akhtar, “Of every five to 10,000 potential drugs tested in the lab, only about five pass on to clinical trials. Many don’t pass the animal tests because of species-specific results. Yet many of these agents would likely have worked spectacularly and been safe in humans.”

One of the best-known examples of a drug that failed animal tests but is quite effective in humans is aspirin. According to the Physicians Committee for Responsible Medicine, “One of our most relied-upon pain relievers, Aspirin (Acetylsalicylic acid), causes teratogenic malformations in mice, rats, dogs, cats, rabbits, and monkeys.”

We’re just different creatures, and deserve a better method of medical research. This Slate article provides a similar insight from Edward Calabrese, a University of Massachusetts toxicologist. He stated, “It seems almost incredible that the rat is the model so heavily relied upon when predicting human responses to toxic carcinogenic agents” given the “profound differences between the values of the human and the rat” in many bodily processes.

5. What does it show us about humanity?

There are many individual doctors and entire organizations that have demonstrated that we do not need animals to create medical breakthroughs. Regardless of if animal testing has created advances in medicine or has the potential to do so, the core reason of why this practice began still hangs in the air. When did we decide that it would be acceptable to use a mouse as a test subject for a human disease? Was the decision taken lightly, and what does the continuation of this practice show us about humanity decades later?

In the past, I’ve had someone ask me, “Would you save the life of a mouse over the life of a human?” To ask this question completely oversimplifies the problem of animal testing, dumbs down the situation, and ignores the fact that animal-free alternatives exist, and are regarded as scientifically sound. So, if anyone asks you that hypothetical question, now you have something to start a real discussion with.