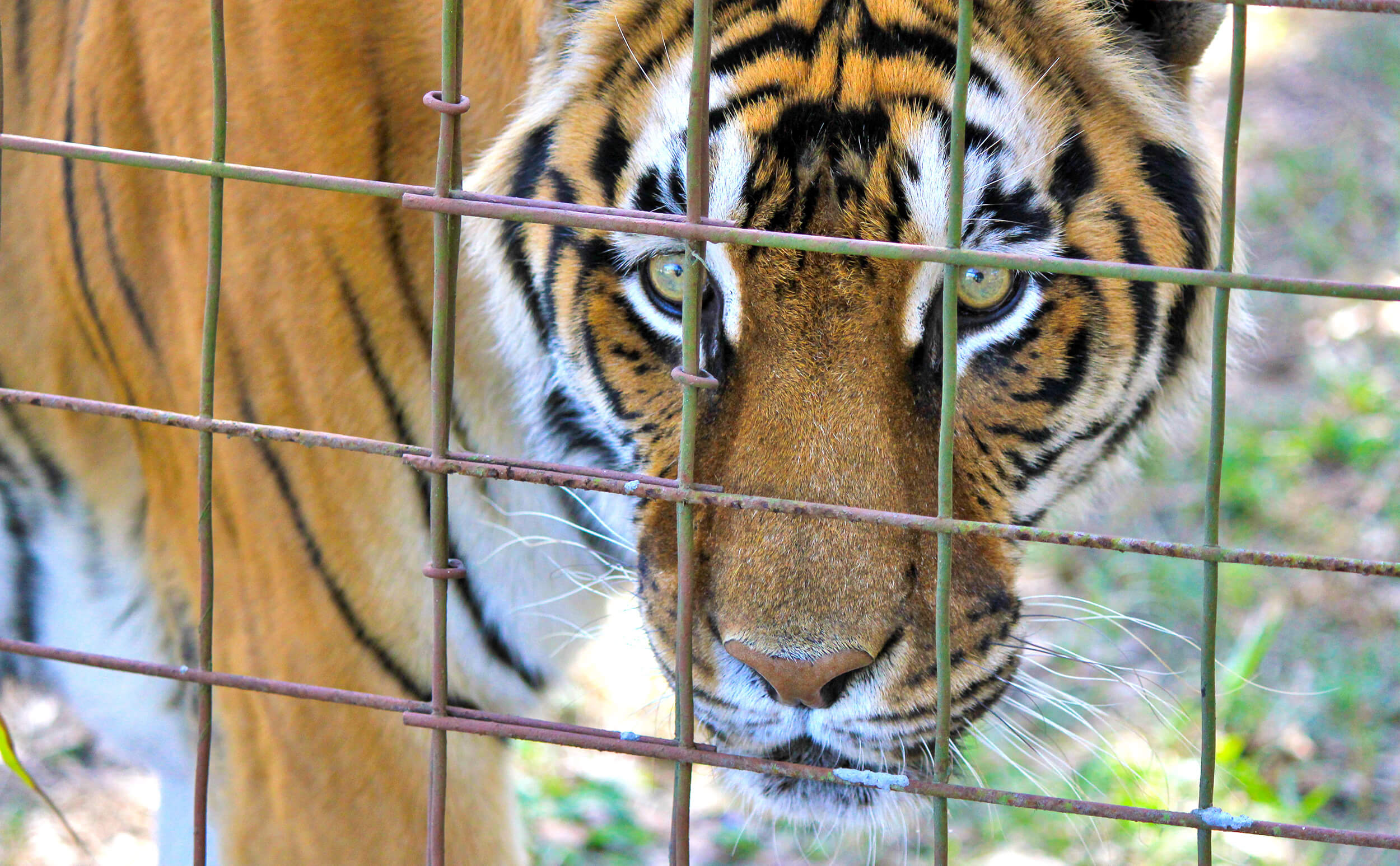 Immediately upon the release of Tiger King on Netflix on March 20, 2020, audiences binge-watched the show, which documented the life of the owner of a roadside zoo in Oklahoma. Presented as an eccentric whose personal life was as eventful and colorful as his work, the finale saw the main character, Joe Maldonado-Passage, sentenced to 22 years in prison for offenses under the Endangered Species Act, the Lacey Act, and for plotting murder-for-hire. Ratings suggest that a staggering 64 million households globally have watched the seven-part docu-series.

The show depicted repeated examples of Maldonado-Passage’s overt animal abuse and his former partner and colleagues spoke of him as the perpetrator of domestic abuse. There was the insinuation of insurance fraud, and repeated instances of misogyny and threats of violence directed towards a female sanctuary owner whom he saw as a rival. These threats culminated in a murder-for-hire plan to kill the sanctuary owner. Despite the litany of evidence in the series of these various abuses, Maldonado-Passage emerged from the show, not as a pariah, but as a cult hero. Indeed, there is a Facebook page to demand his release which currently has over 353,000 “likes.”

Born Free USA and other organizations have worked for decades to educate the public on the suffering of wild animals at the hands of unscrupulous business-people like Maldonado-Passage. We have, alongside partners, fought to see laws such as the Big Cat Public Safety Act, introduced to protect animals from abuse and people from harm. It was hugely disappointing for us to see the makers of Tiger King fail to use their unprecedented access into the world of roadside zoos to highlight the serious and systemic abuse of animals. Instead, they chose to focus on what was presented as a sensationalist story of “tit-for-tat” rivalry between the zoo and the sanctuary. In this article, we hope to highlight what the series failed to share with its audiences.

Zoos and Sanctuaries: Both hold animals captive, so what is the difference?

The docu-series went to lengths to present the roadside zoo at the center of the story and the sanctuary that was the target of Maldonado-Passage’s abuse, to be rival businesses. After all, it was suggested, both hold animals captive, both have big cats in enclosures, and both open to visitors. But, these superficial comparisons failed to express the fundamental differences between a zoo and a legitimate sanctuary.

At their core, zoos are businesses that exist to display animals for profit. A lot is made of the difference between “good zoos” and “bad zoos” in public narrative, with those zoos accredited by the Association of Zoos and Aquariums (AZA) representing the former and what are referred to as “roadside zoos” the latter. In reality, while some zoos are unarguably better than others (some veterinary care is clearly preferable to nothing at all and larger, more complex enclosures are better than tiny, barren cells, etc.), the governing principles of zoos do not differ from the most well-funded to the most rundown. Zoos deliberately breed wild animals to spend their entire lives in captivity. Moreover, zoos are designed in such a way to balance the needs of the animals with the desires of paying visitors to see and interact with those animals. This has serious ethical and animal welfare consequences for the animals in every zoo.

Legitimate sanctuaries, on the other hand, are not-for-profit endeavors that exist to provide a home for life to animals who have nowhere else to go. For example, the Born Free USA Primate Sanctuary – the largest in the United States – rescues monkeys from the pet trade, from zoos, and from laboratories. We currently provide a safe haven to more than 450 monkeys. We do not deliberately breed animals into a life of captivity; indeed, we wish there were no need for sanctuaries like ours because we believe that all wild animals belong in the wild. Sanctuaries are designed with the needs of the animals, and only the animals, in mind. Along with no breeding, this means that sanctuaries are rarely open to the public. Some sanctuaries may allow limited, controlled visits. Our sanctuary is not open to the public. 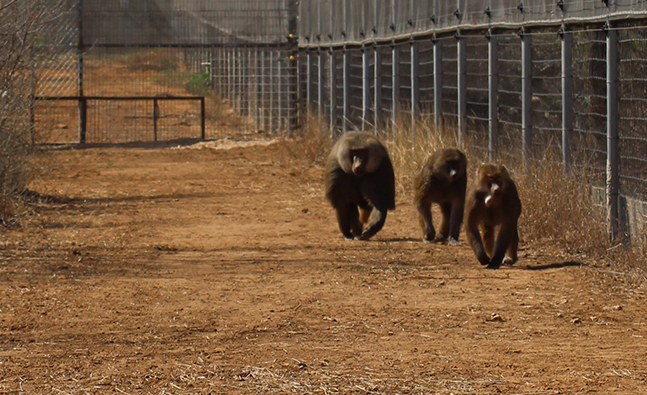 Baboons Marlin, Presley, and Violet were recently rescued from a roadside zoo. They are now starting a new life at Born Free USA’s Primate Sanctuary, a legitimate wildlife sanctuary where the needs of the animals come first. Photo: Born Free USA.

Some argue that places that refer to themselves as sanctuaries can, in fact, be cynical attempts at branding by what is effectively a roadside zoo. Of course, those places do exist, and we are just as concerned about these “pseudo-sanctuaries” as the next person. This is why we recommend supporting only sanctuaries that have achieved relevant accreditation. For example, our sanctuary, and the sanctuary featured in Tiger King, are both accredited by the Global Federation of Animal Sanctuaries (GFAS). This means that we have been through the rigorous process of assessment and been deemed to meet the high standards required by GFAS to be included in their membership.

While accreditation is the most effective way to know if a sanctuary is legitimate or not, there some major giveaways that you can look for if concerned that somewhere that calls itself a sanctuary is not all that it seems. As mentioned, being open all year round with no visitation restrictions is a red flag, which should be queried. If there is active breeding of animals, and particularly if there is a promotion of practices like cub petting or others that allow visitors to interact directly with wild animals, this is a clear sign that this is not a true sanctuary. Cub petting is a cruel practice, which involves removing babies from their mothers at just a few days old and hand-rearing them to be used as petting and photographic props. In Tiger King, a baby tiger is seen dragged crying from their mother while she is still in labor. Hand rearing big cats has been proved to cause serious developmental issues for the youngster and is deeply traumatic for both baby and mother. While sanctuaries certainly rescue baby animals in some circumstances, they will never allow visitors to handle or pose for photos with them. 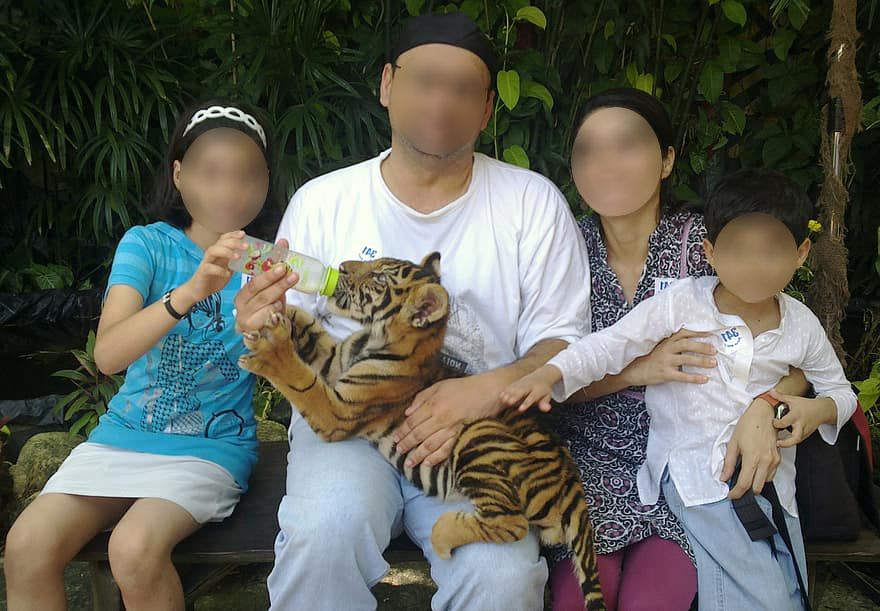 If a facility allows cub petting, feeding, or other “close encounters” with wild animals, it is most likely a zoo, not a legitimate sanctuary. Photo Source: Pikist

But tigers and other wild animals are endangered, surely breeding them is good for conservation.

Tiger King gave significant airtime to the fact that Maldonado-Passage and others were breeding tigers. Tigers are threatened in the wild, therefore, it was suggested by the series’ protagonists, captive breeding is saving the species from extinction. This is, of course, one of the main arguments put forward by zoos generally to justify their existence, but the reality does not match up to the industry’s claims of conservation.

Tigers are globally listed as “Endangered” by the International Union for the Conservation of Nature (IUCN) with the Malayan and Sumatran sub-species considered to be “Critically Endangered,” but breeding tigers in zoos are doing nothing to prevent the rapid species decline. Few, if any, individual animals born in zoos are ever released to their natural habitats and the industry relies on the same small handful of case studies – many dating back decades – of successfully released animals, to justify their ongoing breeding programs. The Tiger King docu-series clearly underlined the farce of Maldonado-Passage’s claims of breeding tigers to bolster numbers for conservation purposes when it revealed that he had shot dead five of his tigers to make room for different animals.

In addition to the false claims of breeding for conservation, observant viewers will have noticed that many of the tigers kept by Maldonado-Passage were white tigers. White tigers are a genetic aberration caused by a condition called leucism, an anomaly that is perpetuated by inbreeding. As a result of this inbreeding, white tigers may suffer cranial and other bone deformities, blindness, and respiratory problems, among other conditions. As such, the mere presence of a white tiger in a zoo represents a serious lack of concern for the welfare of these individual animals and categorically serves no practical or potential conservation purpose. Indeed, the reason that they remain in zoos is simple – paying guests like to see them and, thus, they are good for profit. 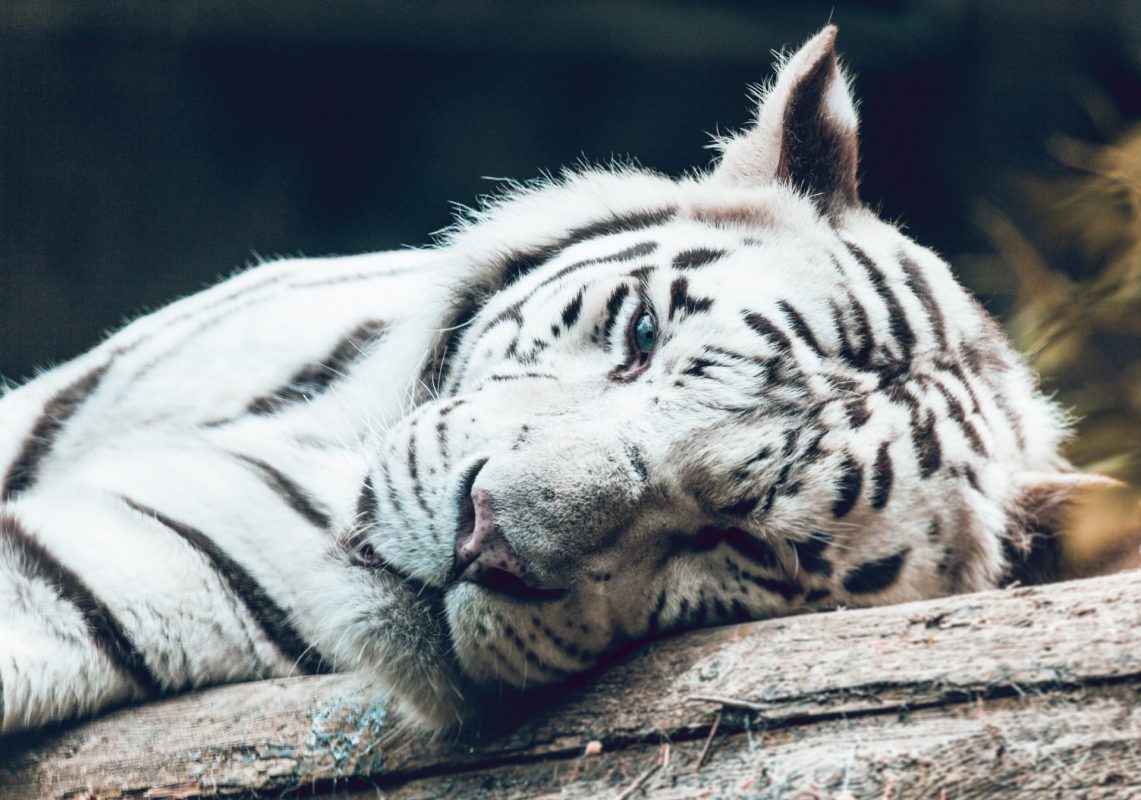 White tigers are a genetic aberration caused by a condition called leucism, an anomaly that is perpetuated by inbreeding. As a result of this inbreeding, white tigers may suffer cranial and other bone deformities, blindness, and respiratory problems, among other conditions. Photo Source: Petr Kratochvil/Public Domain Pictures

How you can help to end big cat cruelty

Born Free USA is very glad to learn that the Greater Wynnewood Exotic Animal Park, the roadside zoo once owned by Maldonado-Passage, is now closed permanently following a court decision that awarded the park and its land to the very sanctuary owner Maldonado-Passage threatened and plotted to kill. The fate of the park’s animals is still unclear but one thing is for sure: unscrupulous people like Maldonado-Passage will continue to use and abuse big cats and other wild animals for profit.

There a number of ways that Green Monsters can help to bring an end to cruelty towards big cats held captive in zoos and support legitimate sanctuaries. Here are a few suggestions:

The most important step that you can take to help big cats is supporting the Big Cat Public Safety Act! This bill is crucial for the health and safety of big cats as well as the people who live near big cat owners. It would amend and clarify the already existing Captive Wildlife Safety Act “to prohibit the possession of lions, tigers, leopards, cheetahs, jaguars, cougars, or any hybrid of these species by individuals who are not licensed by the US Department of Agriculture.” Universities and zoos are left out of the bill, and although these places can also have terrible conditions for wild animals, the bill is a positive and necessary step.

Contact your lawmakers to ask them to support the Big Cat Public Safety Act!

Resources on the cruelty that goes along with taking selfies with tigers:

Resources to learn about the exploitation of white tigers:

Resources that show how different the experience is at a sanctuary:

Resources on how tigers are exploited and abused for entertainment: