10 Global Sanctuaries That are Transforming the Lives of Animals 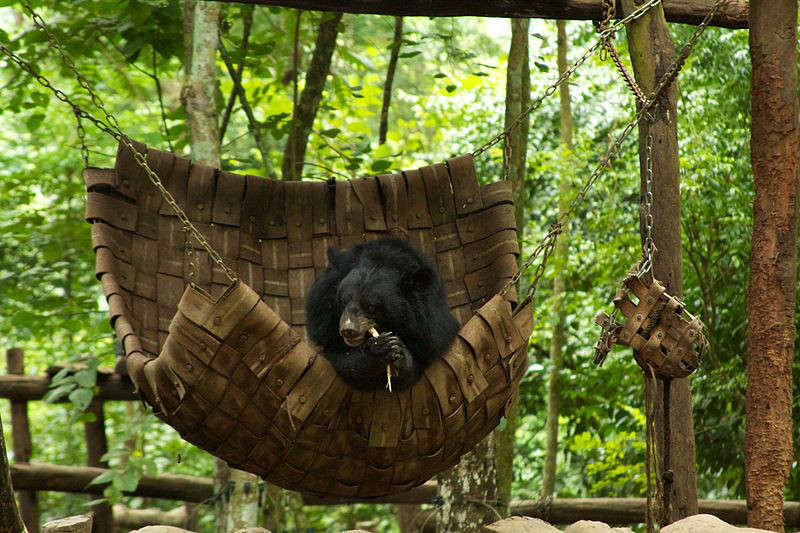 Planning a holiday at home or abroad? Consider making your next trip to an animal sanctuary.

Sometimes it seems like there is so much pain and suffering caused to animals around the world, that there is no hope that things will get better. But there are many organisations around the world fighting for animal rights, and these range from small endeavours at home to large projects that spread across the world. They all make a difference, and pave the way for a better future for animals.

We’ve put together a list of 10 amazing animal sanctuaries to remind you that there is still hope for our animal friends.

Tiggywinkles is based in Buckinghamshire, England, and calls itself the world’s business wildlife hospital. This animal sanctuary treats sick and injured hedgehogs, badgers, wild birds and other creatures in need.

Tiggywinkles has a visitor centre that is open to the public, where you can feed hedgehogs, learn to make hedgehog homes, have a picnic, visit a bone exhibition and visit the gift shop and café. Tiggywinkles is on twitter and accepts both monetary and physical donations.

Woodstock Farm Animal Sanctuary is based in New York, USA. This sanctuary cares for animals that have escaped ill treatment on farms, slaughterhouses, in stockyards, and at auctions. It also provides a hospital facility to sick and injured farm animals.

School visits allow children to get up close to the animals and see what healthy, well cared for farm animals should look like. Woodstock Farm Animal Sanctuary was founded largely on public donations, attempts to have a small carbon footprint, and is run on a foundation of strong vegan principles.

Lone Pine Koala Sanctuary is based in Brisbane, Australia, in a large woodland reserve. This sanctuary calls itself the world’s oldest and largest Koala rescue centre. Other animals in the sanctuary include kangaroos, birds of prey, and platypus.

Visitors to the Lone Pine Koala Sanctuary get to handle snakes, feed kangaroos and lorikeets, and cuddle koalas. There is also the opportunity for juniors, teenagers and adults to become ‘keeper for a day’ to experience first-hand what being a wildlife keeper involves.

Boon Lott’s Sanctuary is based in Northern Thailand, and was founded by Katherine Connor in memory of the baby elephant, Boon Lott – ‘survivor’ in Thai. You can read Boon’s heartwarming tale here. This sanctuary rescues and rehabilitates elephants and is strictly against elephant shows (which you will find at some ‘sanctuaries’ in this part of the world).

Guests can visit and “observe the elephants be elephants.” The sanctuary also takes donations, has an online store, and allows animals to be adopted via its website.

Cedar Rowe Farm Sanctuary is based in South Western Ontario, Canada. This small family-run sanctuary has veggie/vegan credentials, and animals on the farm have been saved from the meat and dairy industry. The sanctuary holds fundraisers, takes donations, has an online shop, and animals can be sponsored through the website. Other updates can be followed via the blog or Facebook.

Visitors are encouraged to make working visits, as the sanctuary is not otherwise open to the general public. The family also hosts monthly vegan potlucks.

The Donkey Sanctuary is based in Devon, England, and calls itself the world’s largest donkey and mule charity. This animal sanctuary cares for donkeys and works to educate people on donkey and mule welfare worldwide. The sanctuary is open to members of the public and hosts educational visits featuring a tour of the sanctuary, grooming and walking the animals, and learning about veterinary care.

The Donkey Sanctuary thrives on public donations. You can also become a fundraiser, foster or adopt a donkey, or visit the online gift shop.

As we reported a year ago, orangutans are under threat of extinction due to deforestation caused by palm oil. Sepilok Orangutan Sanctuary helps to rehabilitate these animals. Based the Malaysian Sabah District of Northern Borneo in 43sq km of virgin lowland equatorial rainforest, this sanctuary cares for orphaned and injured orangutans, and is currently home to 60-80 freed treetop swingers. The facility also provides medical care for other wildlife species, including sun bears, gibbons, Sumatran rhinos, and elephants.

Visitors are encouraged to visit but restricted to walkways, and are not allowed to approach or handle the apes, as orangutans are susceptible and vulnerable to human diseases. The visitor centre offers a range of educational activities, and orangutans may also be adopted.

The Agra Bear Rescue Facility is based in Agra, Northern India, and is part of the Wildlife SOS network, which calls itself one of the leading conservation organizations in the Indian subcontinent. Co-founders Geeta and Kartick are animal lovers who rescue bears, elephants, reptiles, leopards and other native animals found in states of distress. The charity is mainly known for rescuing ‘Dancing Bears’, but it also works towards protecting the Indian wildlife, conserving habitat, and creating alternative and sustainable livelihoods for former poacher communities.

The sanctuary welcomes visitors to enjoy the site’s Education Conservation Walkway, meet bears, and learn about SOS’s conservation efforts in India. Visitors can also call at the rescue centre, although proceeds from the centre do not go to Wildlife SOS. The sanctuary accepts donations.

The bear bile farming industry is also a problem in China. The China Bear Rescue Center is based is run by Animals Asia. The sanctuary calls itself the first of its kind in the world, as it allows animals to be wild but also protected, in a ‘safe, semi-natural environment’. Bears are rehabilitated and provided with veterinary care, then released into the sanctuary area.

Visitors are allowed up close access to the bears via specially created zones. The rescue centre holds Open Days twice a month.