My Life in Captivity: Through the Eyes of Nikita the White Tigress 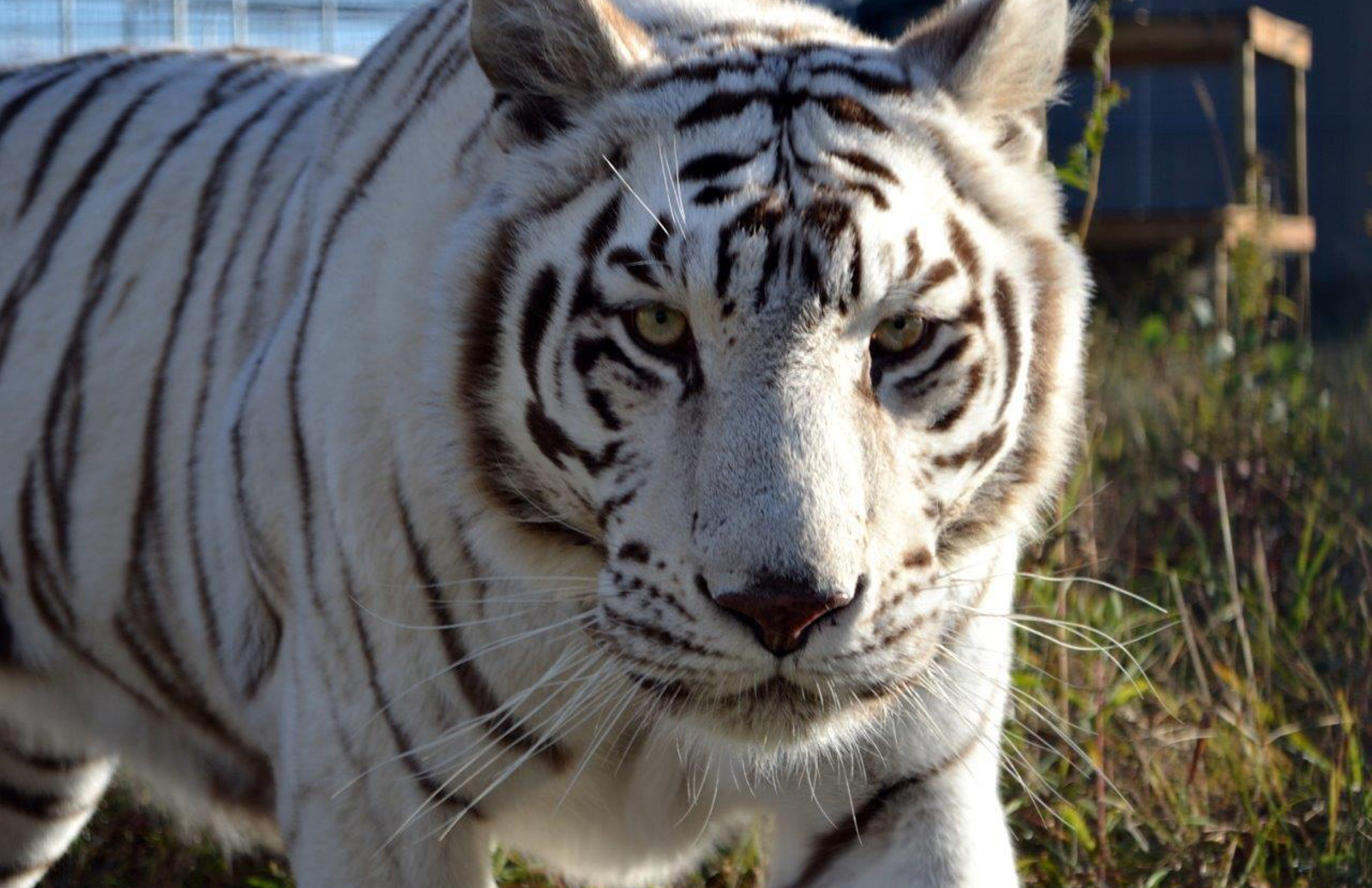 A tiny, adorable, white tiger baby. Who can resist? Everyone wants this thrill of a lifetime; to hold one, to play with one, to bottle feed one, to take photos with one – right?

That’s exactly what exhibitors are counting on when they offer cubs for petting or posing for photos – for a fee. But, if you knew the bigger picture, what life will be like for that cub when you’re gone, would you still do it?

It’s a very lucrative business and one that’s responsible for filling countless cages with unwanted, full-grown tigers. White tigers aren’t a separate species and they’re not albinos. They’re a genetic mutation caused from inbreeding regular tigers, father to daughter, brother to sister, etc. Along with the white coat you see, these tigers are usually afflicted with many genetic and medical problems like cleft palates, scoliosis, crossed eyes, mental impairments, and so much more. Sadly, the ones with gross deformities will be disposed of at birth. The breeding of white tigers is such a cruel practice that the Association of Zoos and Aquariums (AZA) has issued a policy against it, and yet it continues by private breeders and unaccredited zoos.

The white tiger business is a major contributor to the surplus of regular tigers every sanctuary deals with. Since litters have several orange tigers, too, where will they all go? Breeders pick the white cubs that bring in lots of money and euthanize, inhumanely destroy or neglect cubs that aren’t white. When we see a white tiger, we see the lost souls of all the tigers that have died or suffered in order to create this mutation, the one the public is clamoring to hold and play with.

Nikita, a white tiger at The Wildcat Sanctuary, was one of the unfortunate tigers bred for photos and interaction. This is her story:

I was born into a sea of light. What a strange world, one that would light up with camera flashes whenever I was around. People would line up to take pictures of me. These humans seemed to think I was something strange. Was I? Is that why my mommy wasn’t with me? Where is she?

My first year of life, I was so tired. All I wanted to do was sleep like a baby. But, I was dragged out whenever people came to visit. It seemed everyone wanted to touch me. As I got bigger, the man would chain me down so people would still be able to take a picture with me. I hated this.

But, soon, I guess I was too big because he stopped taking me out for pictures. Instead, he forced me to have babies – over and over again. My heart broke as I watched him take away my cubs. I never knew where they went. He sold them to make money, saying we were expensive to take care of. 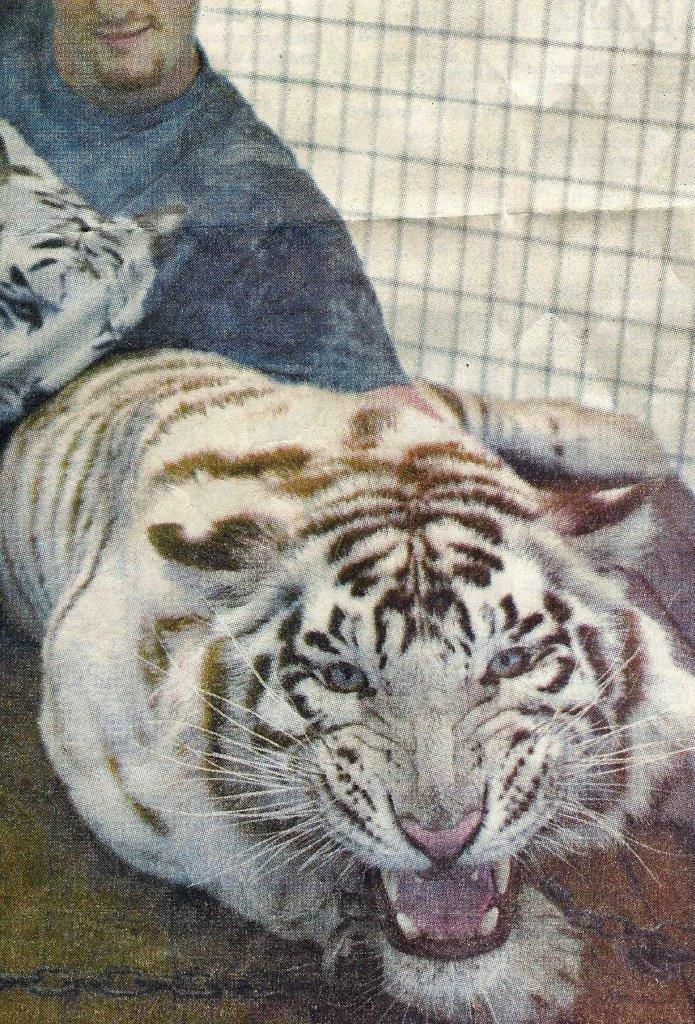 He put me in a tiny 10×10 cage with a male tiger. We were starving. He’d throw food into our cage and we’d fight for it. Thank goodness, I was strong enough to survive and fight for my share. But, I always looked over my shoulder, wondering when this big tiger would kill me. Our cement floor cage was filthy, covered in our feces, and our drinking water was green and slimy. For almost 7 years, this was my life.

Then, one day, everything changed. Our cages were surrounded by many people with trucks, transport cages, and cameras. I heard them saying the man had died. They loaded us all up and drove away. Where were we going? Would it be even worse? 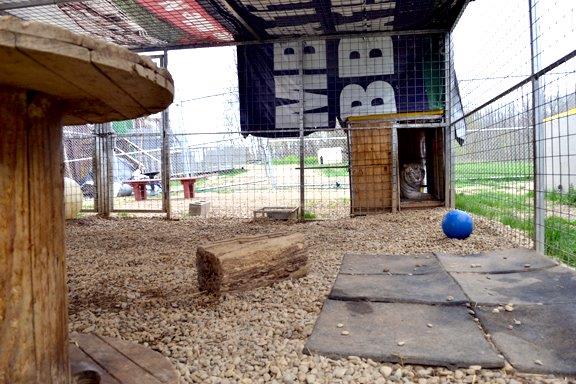 Miles and hours later, I stepped out into my new home. It was a bigger cage, but still pretty small for a big tiger like me. I lived by myself now, but there wasn’t much room for me in this backyard either. Though the family wanted the best for me, times were hard for them. They called a sanctuary they heard of to ask if I could come there.  More miles on the road, but this time when I stepped out of the trailer, I couldn’t believe my eyes! 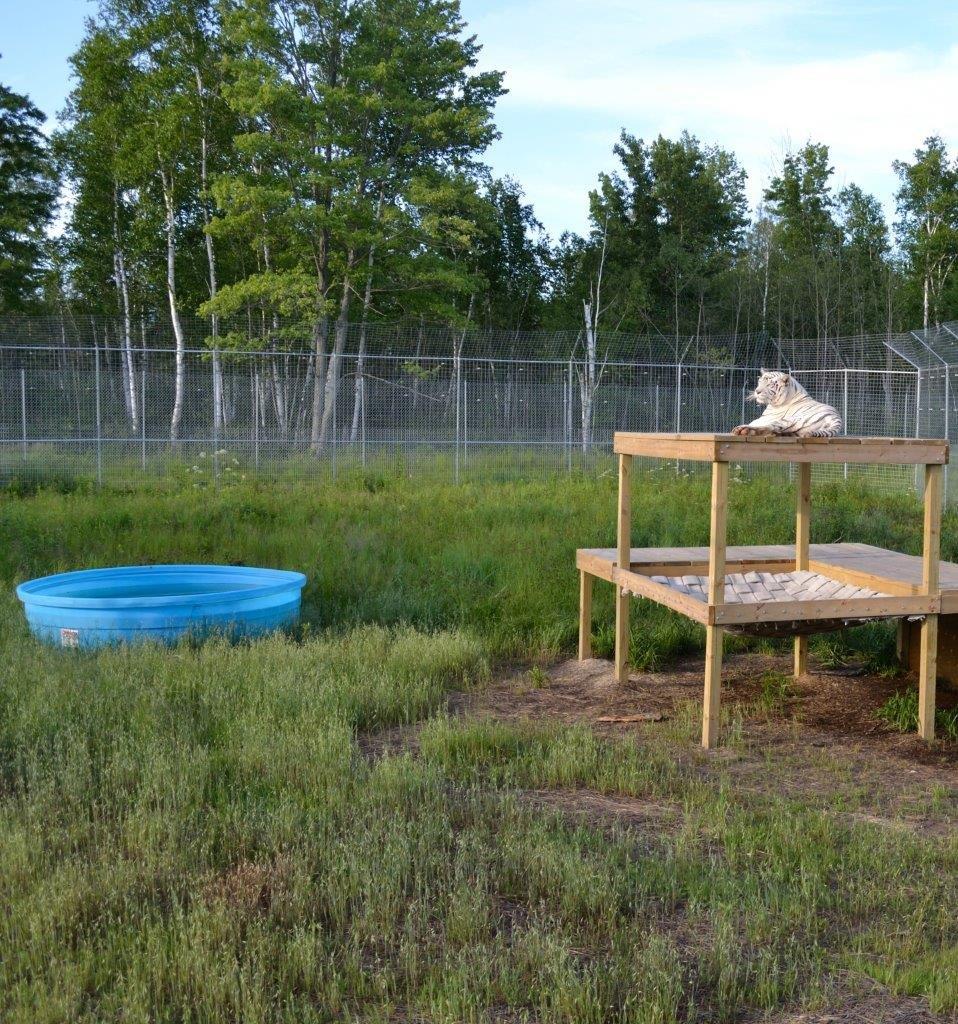 I crept out into the most beautiful area I’d ever seen – and it was all just for me! 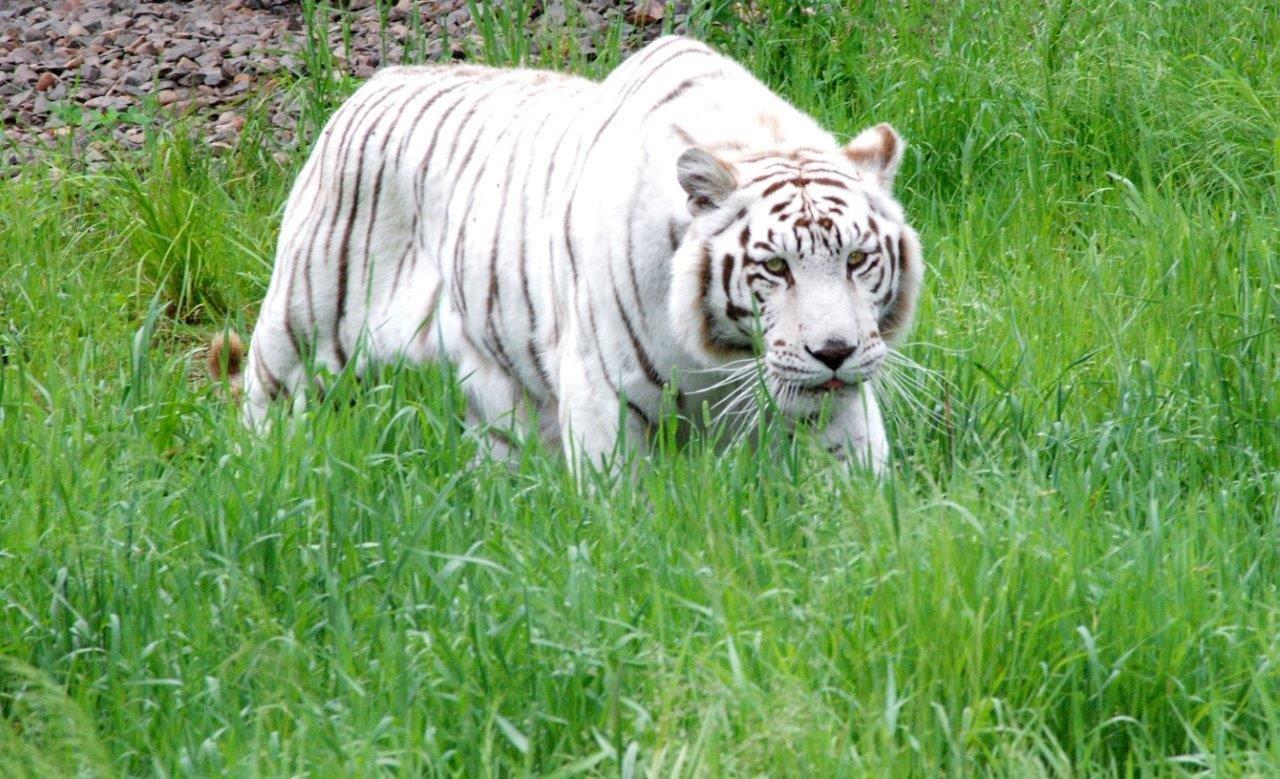 Now, I have a huge natural habitat where I can run free. 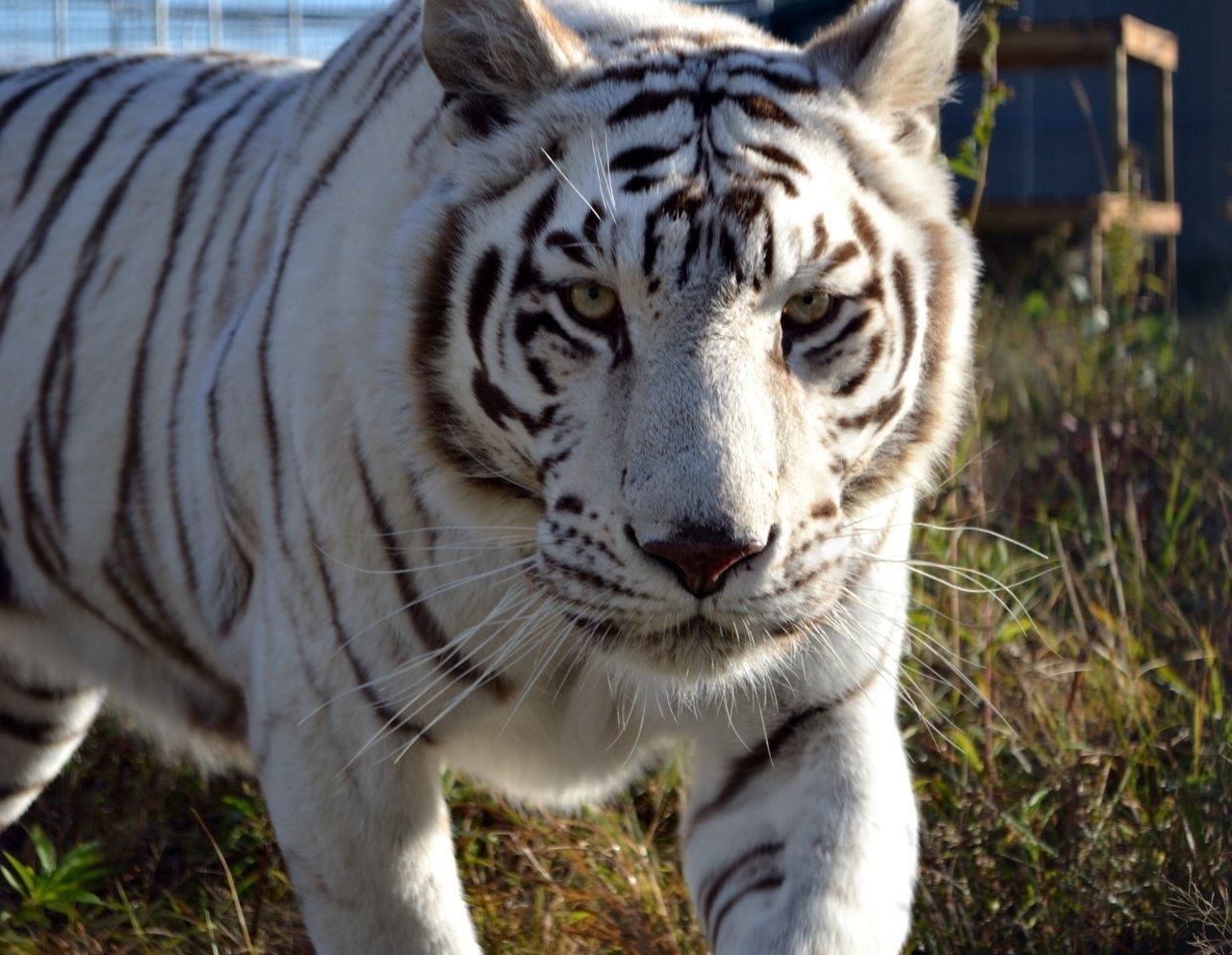 I have a pool to splash in, a warm building to snuggle in, a hammock to soak up the sun in, and perches to climb high. 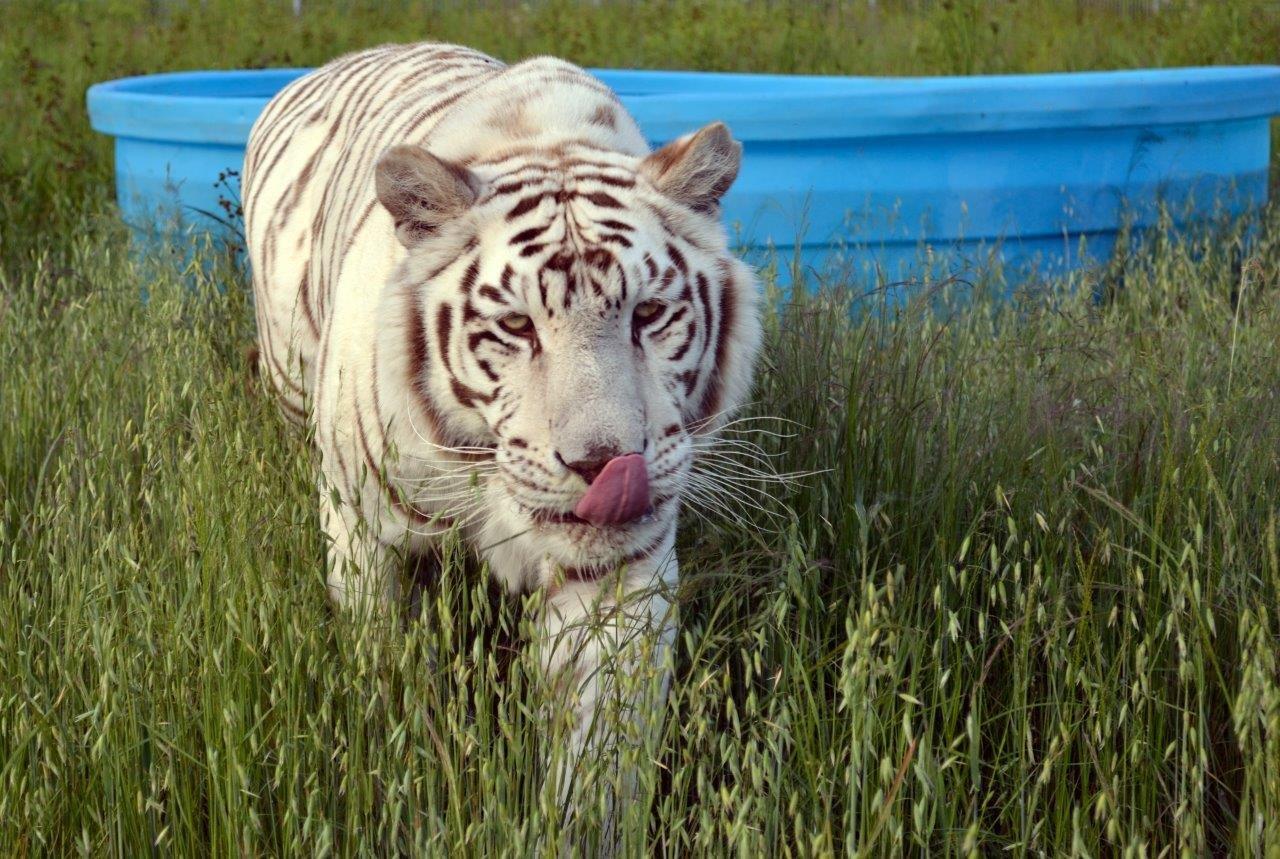 I can finally choose my own path to walk and I’m living wild at heart at my forever home, The Wildcat Sanctuary. I’m definitely one of the lucky ones! 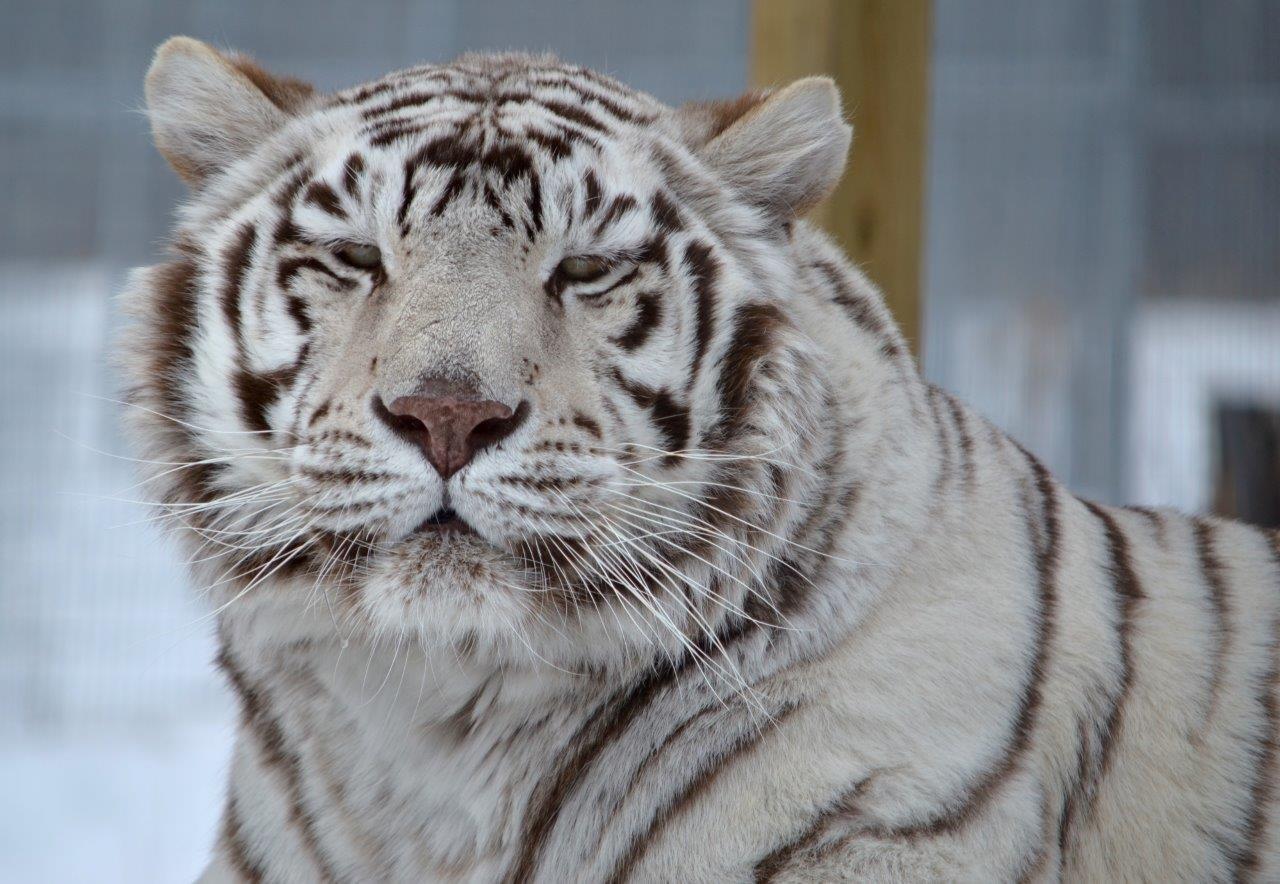 Please remember, when you pay to play with a cub, you’re sentencing them to a horrible life in a cage – forever. For your thrill, they pay with their lives. 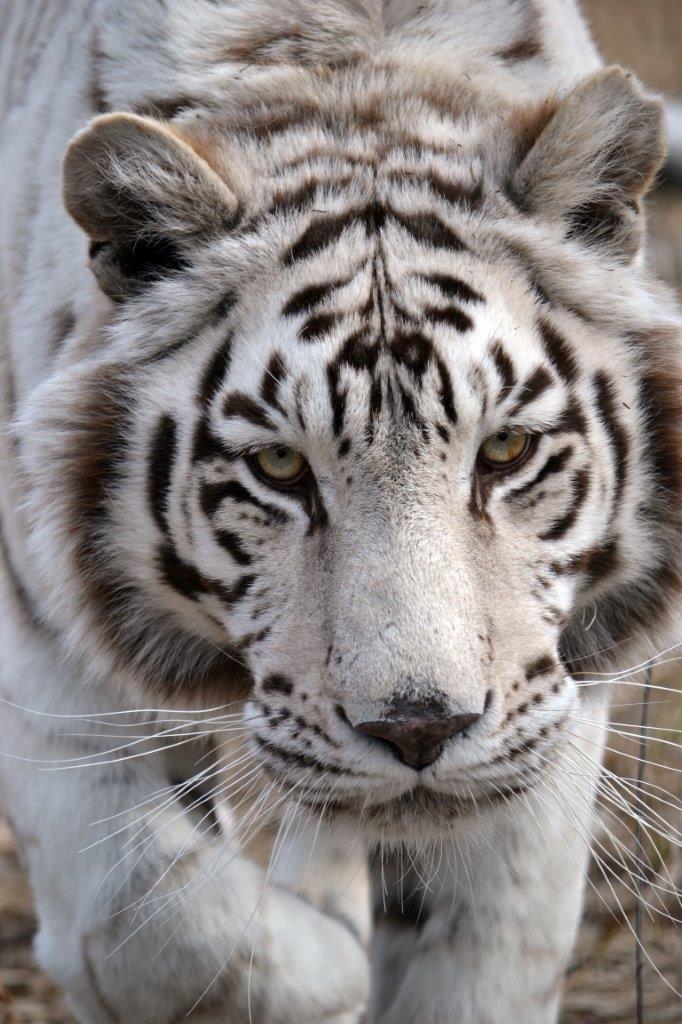 Please help us educate others about the sad reality and never support this form of abuse.

To learn more about The Wildcat Sanctuary and Nikita’s story, click here.

All images courtesy of The Wildcat Sanctuary