Why the U.S. Needs to Ban Big Cat Ownership

Where in the world can you find a black panther, lion, and a Siberian/Bengal hybrid tiger mix? Would you guess that perhaps this broad array of big cat breeds might be found in a vast jungle somewhere? While these cats all come from different sections of the Northern Hemisphere, you would think you’d only be able to come across these ferocious animals out in the wild, MAYBE in a zoo…but what you probably wouldn’t guess would be that any number of these big cats could be found in your own neighborhood or even backyard.

After all, if you see a lion in your backyard (and you’re not overzealously referring to your cat) then all signs indicate something is wrong. That, or Jumanji is real…though one could argue these situations are one in the same. However, the sad truth is that across the United States there are thousands of big cats living as privately owned “pets;” it is estimated that there are 7,000 tigers in the country and fewer than 400 of these reside in a zoo.

Moreover, big cats can be purchased just as easily as you can adopt a kitten from your local shelter. In fact, in some states, to purchase an endangered cat all you need is a valid state drivers license. But the question remains, why would you even want to bring home a  dangerous wild animal? The reasons vary, some people use the cats as tourist attractions to turn a profit, some people just want the ego boost, and others purchase big cats just to kill them and mount their heads as a trophy.

Not only is it currently legal to own a big cat in 20 states, seven states do not even require a license or permit.

Carole Baskin, founder and CEO of Big Cat Rescue, explains, Under current law, USDA is charged with setting “minimum standards” for how big cats that are “exhibited” are to be treated and kept. USDA rules only apply to those owners who show their cats to the public, or in many cases claim to show the cats to the public in order to obtain a license to evade State prohibitions.

Meaning that even if you reside in a state where there is a ban or partial ban on big cat ownership, this law can be avoided if the cat is part of a public show or attraction, “Many of the states that prohibit ownership unfortunately exempt those who hold a USDA license.  This has become a huge ‘loophole.'”

The major issue with this loophole, is that the majority of big cat owners are very poorly prepared for the actual responsibility of caring for a big cat. While the USDA is meant to monitor the conditions there is simply not enough funding or manpower to keep up-to-date track of all the facilities that own big cats.

According to Baskin, “the inspectors who monitor big cat facilities are also charged with inspecting pet stores, dog, cat and other pet breeders and dealers, farms, slaughter houses, laboratories and other animal related businesses.”

And as a result, the animals suffer. Baskin has seen first-hand the abuse that goes on in facilities that house big cats, as the majority of the residents she cares for at Big Cat Rescue have come from deplorable conditions.

The Rule, Not the Exception

Not all those who purchase big cats do so maliciously, in fact Baskin was at one time the owner of a wild bobcat. Baskin bought the bobcat from an animal auction, outbidding a taxidermist who had grand plans to kill and stuff the cat as a den ornament. After rescuing this wild cat, Baskin and her husband purchased 56 bobcats and lynx to save them from becoming fur coats.

Baskin was able to find homes for these cats and even explains, “I thought they could make good pets and began placing them in homes.  In those early years I believed the lie told by breeders and exhibitors that breeding big cats in captivity did something for conservation.”

However, she learned this was not the case when the cats reached adulthood and became incredibly unruly and many of their current caretakers wanted to return the cats. A few years later, after witnessing the “nightmare that private ownership creates for these amazing animals,” Baskin founded Big Cat Rescue, where she now cares for the cats that have become victims of this cruel trade.

Here are just three of the many cats that are currently living at Big Cat Rescue:

Sabre was brought to Big Cat Rescue when he was three years old, to stay “temporarily” while his caretaker moved, however, he was left without any forwarding address or contact information. Abandoned by an owner who had either grown tired of the leopard or couldn’t bother to return for him, Sabre is now 22 years old and thriving in his sanctuary home. 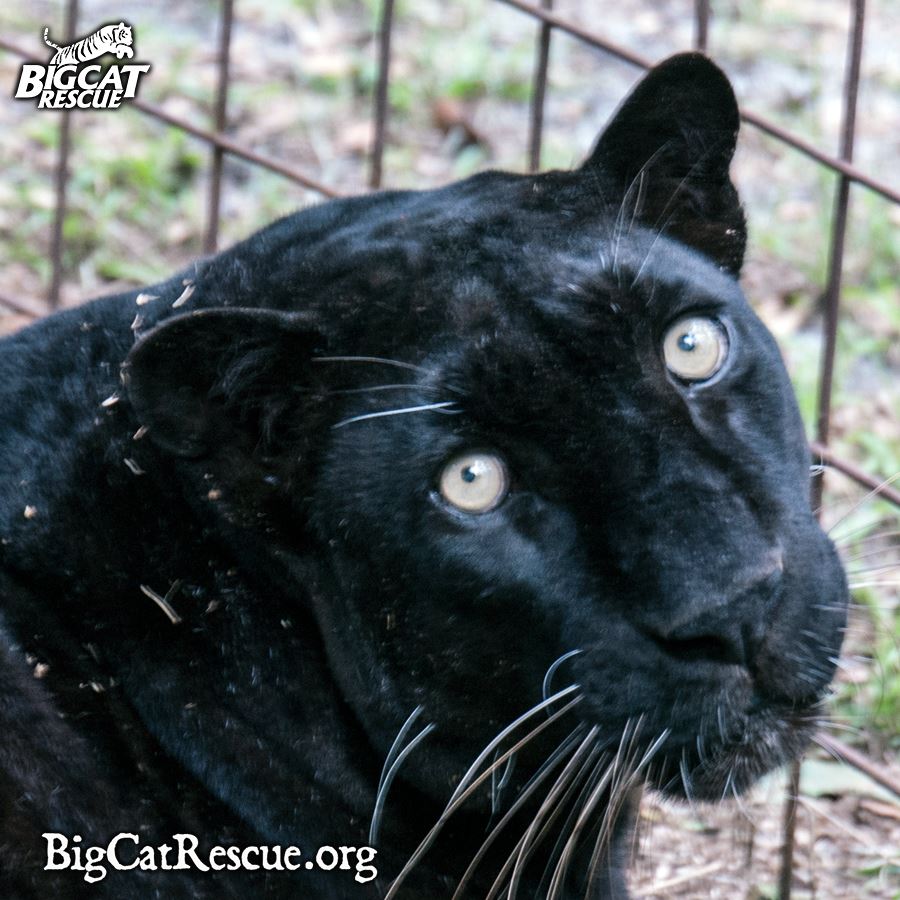 Cameron was born in a run-down roadside zoo in New Hampshire.  By the time Cameron made it to Big Cat Rescue, he had lost 200 pounds due to starvation. He now is healthy and lives with his white tiger companion, Zabu. 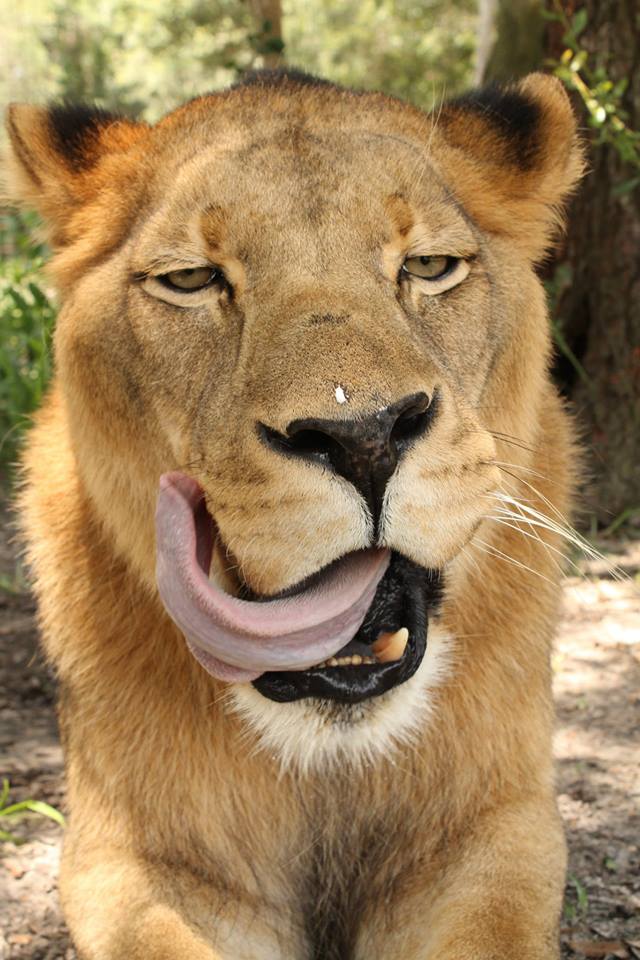 TJ was rescued from a Florida breeding facility called “Savage Kingdom,” where he was kept by a former circus performer who believed the only way to train a big cat was to “chain them to the wall and beat them without mercy until they learned that no matter how much they tried to retaliate, they could never succeed.  Once they were broken they were safe to use in performances.”

Thankfully, TJ was rescued by Big Cat Rescue in 2007 and now lives free from chains and pain in his sanctuary home. 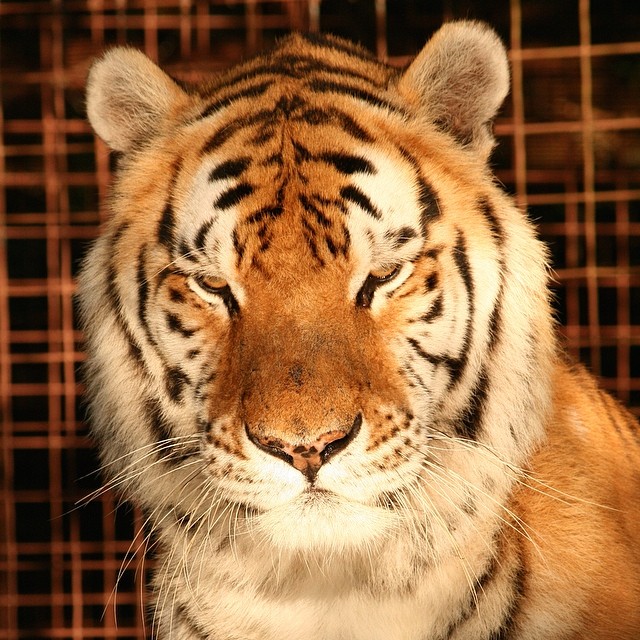 Baskin and the trained team at Big Cat Rescue have seen their fair share of what happens when big cats are allowed to be privately owned. Caring for a wild animal requires an in-depth knowledge of the animal, their diet, and behaviors, and can prove dangerous for the animal and human alike.

Since 1990, there are a reported 742 “incidents” involving exotic cats in the United States, including the death of 23 people, mauling of 253 people, and the death of 146 cats.

These numbers alone speak to the public safety threats that private ownership poses to the general public. Not to mention the fact that holding a wild cat in a backyard is an incredible injustice to the animal and a threat to wild conservation efforts.

The rescued cats living at Big Cat Rescue are exceptions, they are big cats that have been pulled out of deplorable conditions and are now living the happiest life they can. While ideally, these cats would have never been pulled out of the wild, they are given the best care available, something that cannot be said for the vast majority of exotic cats living in the United States.

If proper legislation were in place to protect these animals from falling prey to the exotic pet trade, they would have never be placed in a situation from which they needed to be rescued. Carole Baskin, and over 200,000 others agree that the U.S. has a duty to pass, The Big Cat Public Safety Protection Act, legislation that put an end to private ownership of big cats.

The bill would effectively resolve the flawed USDA checks system, and prevent the reckless sale of big cats. Wild cats belong in the wild, not in our backyards and it is time that legislation was put in place to protect these amazing creatures, as well as the people who care for them and their neighbors.

You can help see this bill come to fruition, by supporting the work of Big Cat Rescue and taking action here. Big cats need a voice to keep them from a life of abuse and captivity, be a Green Monster, be that voice.