8 Reasons Why There is No ‘Fun’ in Animal Circuses 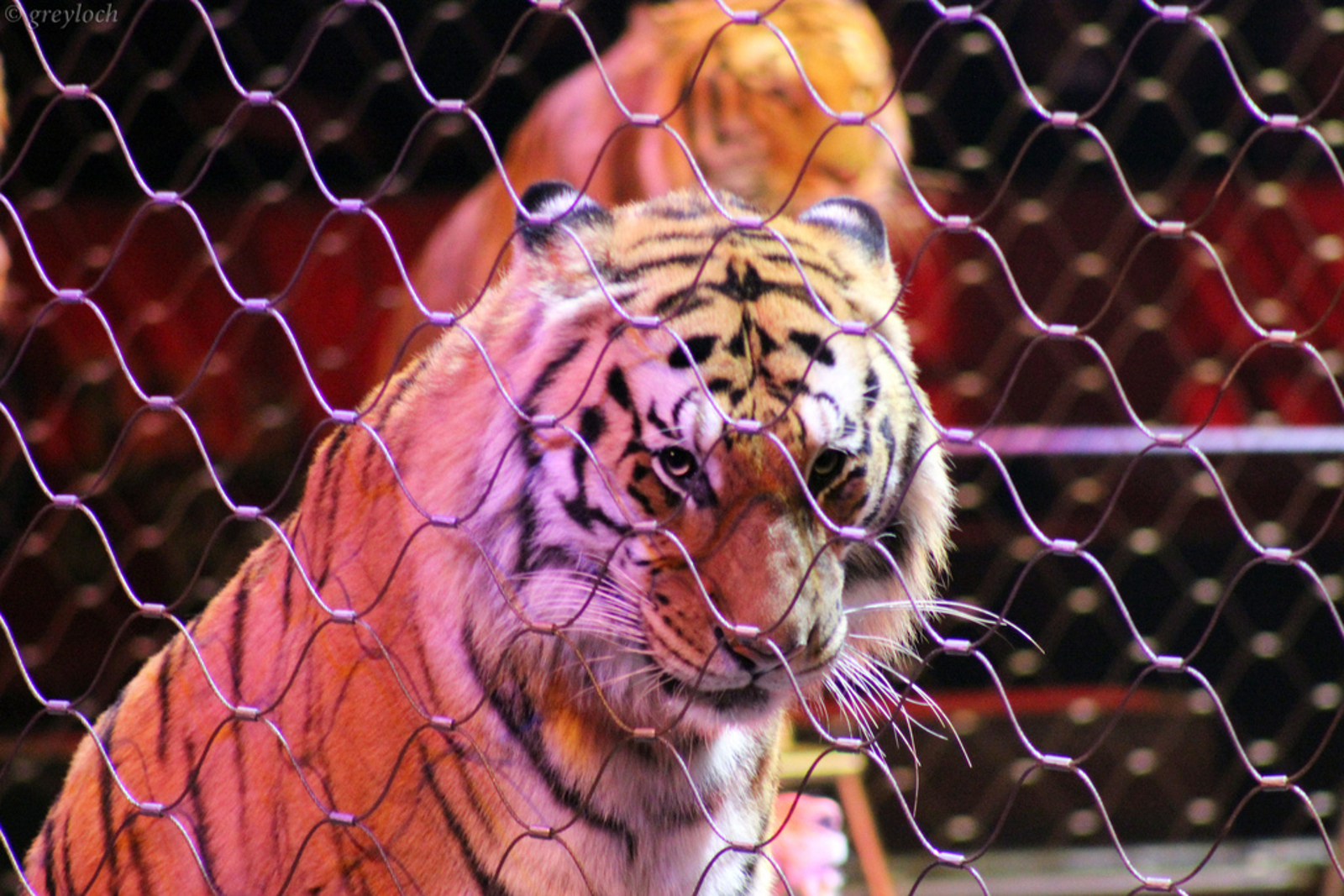 When most people hear the word “circus,” some of the immediate images conjured up in their minds – clowns and trapeze artists, cotton candy, and face paint – are symbolic of innocent, playful fun. But how about captive elephants, lions, and other unfortunate circus animals? Their experience is not so fun. Here are eight reasons why:

1. Female elephants in the wild are highly sociable creatures, forming close-knit matrilineal herds, while bulls are more solitary. Both males and females can expect to travel up to 25 miles per day in their natural habitat. Circus elephants, however, are confined to tiny cages and frequently trained using cruel bullhooks, whips, and electric prods.

2. Lions and tigers, too, are forced to endure unnatural forms of confinement. They are often forced to stand in their excrement, remain caged for long periods without food or water, and endure extreme temperatures.

3. Circus animals spend up to eleven months of the year on the road or even on planes, adding to their already highly stressful lives.

4. Circuses have also been largely responsible for the breeding of unhealthy white tigers, in addition to lion / tiger hybrids such as “ligers” and “tigons.” Big cats with an unusual pedigree or coloring are regarded as attractive purchases by large circus companies, who use the animals’ “exotic” appearance to draw in crowds.

5. No animal born as a result of a circus breeding program – which are often falsely trumpeted as “conservation” initiatives – has been released into the wild.

6. Animal welfare nonprofit Born Free USA states that EVERY major animal circus operation in the U.S. has been cited for violating the minimal standards of care set out in the United States Animal Welfare Act.

7. From 1994 to 2005, at least 31 circus elephants are known to have died prematurely and often painful deaths as a result of their work or training. Other circus animals, such as horses and lions, have suffered a similar fate.

8. Captive elephant and big cat attacks in the U.S. have cost the lives of many humans over the years. From the infamous death of lion tamer Thomas “Massarti” Maccarte in 1872, who was torn apart by some of his own captive lions, to the more recent tragedy of Tyke – a circus elephant in Hawaii, who killed her trainer and rampaged through the streets of Kakaako for over thirty minutes before being shot dead in 1994 – the history of circus animal attacks is anything but pretty.

Circuses that are composed entirely of human performers still hold the wonder, innocence, and family-friendly fun that every good circus should provide. Why not check out our list of awesome animal-free circuses today?