Death of 86 Tigers Rescued From Tiger Temple Further Proves They Should Never Have Been in Captivity! 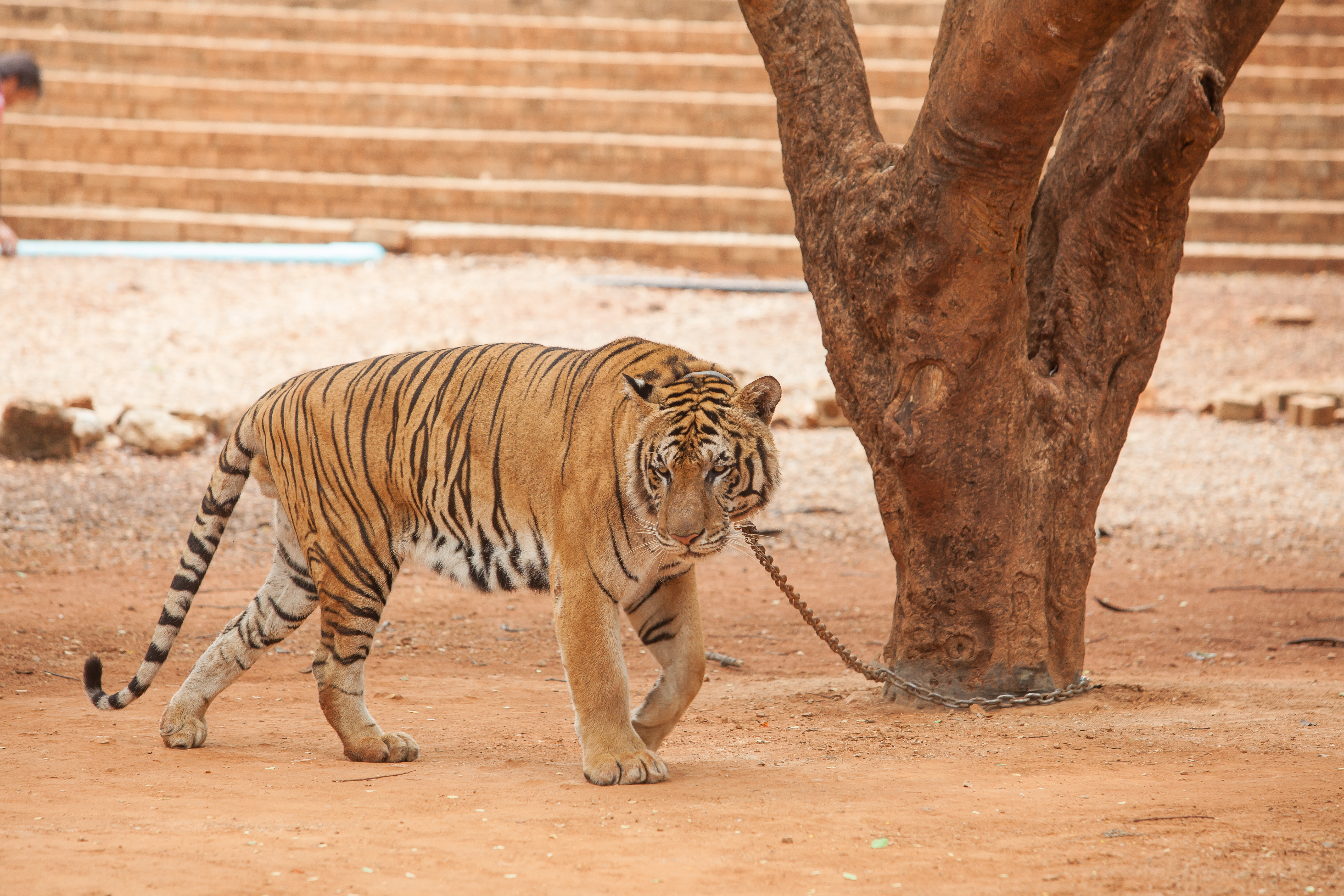 Tiger Temple was a very controversial facility in which tigers were kept in captivity in absolutely horrible conditions. They claimed to support tiger conservation and take good care of the animals, but they were exposed as being a terrible place where there was flagrant abuse. They profited from the exploitation of the tigers they bred and abused by making a lot of money via tourism. The tigers there were raised by monks, not wildlife experts or conservationists and they had a zoological license which is pretty clear evidence that they could not have been a sanctuary as they claim.

The conditions at Tiger Temple were completely unfit to keep tigers healthy. They were kept in cages for 20-21 hours a day and many of them exhibited zoochosis. Fortunately, four years ago, the government announced that they’d confiscate all 146 of the tigers held captive at Tiger Temple. The government planned to divide the tigers between sanctuaries, but it was unclear what exactly would be done with the tigers because it’s impossible to move them all at the same time and especially to release them from the wild since they were bred and born into captivity.

As of recently, the tigers have still been kept in government custody, and sadly 86 of them recently died. According to CBS News, the tigers were already weakened by the stress of relocation and caught a virus. Authorities also said they believe the tigers had genetic problems due to inbreeding. Many of them also developed laryngeal paralysis and some had canine distemper.

Founder of the Wildlife Friends Foundation Thailand (WFFT), Edwin Wiek said the tigers “the tigers were being kept in cramped cages, facilitating the spread of disease.” The truth is it would have been difficult for any facility, organization, or government to move, house, or relocate so many tigers. The reality is that these tigers never should have been in captivity in the first place. If they hadn’t been bred in captivity and confined to a place where they didn’t belong to be exploited by humans, they never would have suffered such a tragic fate.

The amount of tigers reveals the extent of the problem too. If there had been just a handful of tigers to rescue, the relocation to a sanctuary would be easier, but Tiger Temple was allowed to exploit and breed tigers for far too long. Facilities like them need to be shut down.

Wild animals suffer immensely at the expense of the tourism industry. In Thailand, a tiger is kept on chains all day for people to take selfies with. Sign this petition if you want to add your voice to the cause and demand that he be freed!