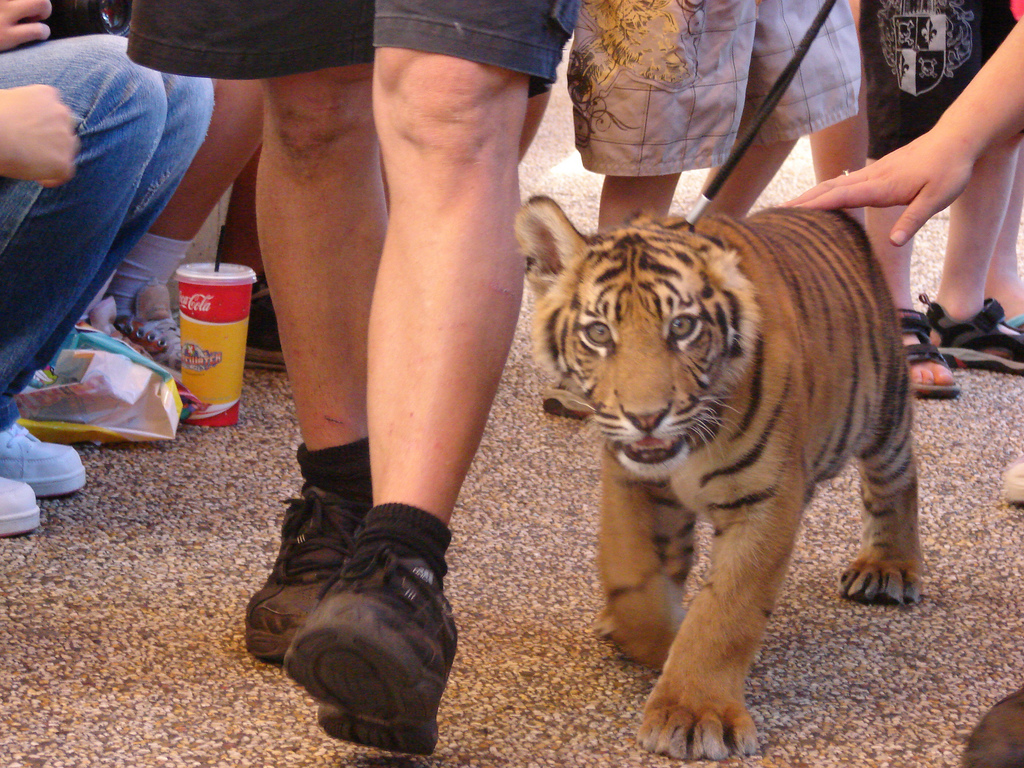 Anyone who has taken a long road trip understands the need to stop and take a break once in a while, especially if you’re traveling with young children. In addition to your typical rest stop with picnic tables, you’ll pass scenic overlooks and billboards beckoning you to check out a town’s quaint little shops. But there’s another attraction that, unfortunately, is found along far too many travel routes. They draw you in with catchy names and photos of happy animals, promising the opportunity to see wildlife up close—and maybe even the chance to interact with them. Sounds fun, right? And after a bit of pleading from your adorable children who probably won’t take “no” for an answer, you decide to pull off at the exit to check it out.

Roadside zoos and attractions are meant to be a quick stop for tourists, conveniently situated on the side of the road so people can take a break, stretch their legs, and take selfies with animals — for a small admission fee, of course. A truly interactive experience, they lure people in with opportunities to feed animals or participate in hands-on photo ops.  But what so many don’t know is that these attractions are often the worst of the worst; a place where profit comes first, and the well-being of the animals comes in dead last.

The Hidden (Or, Not So Hidden) Cruelty 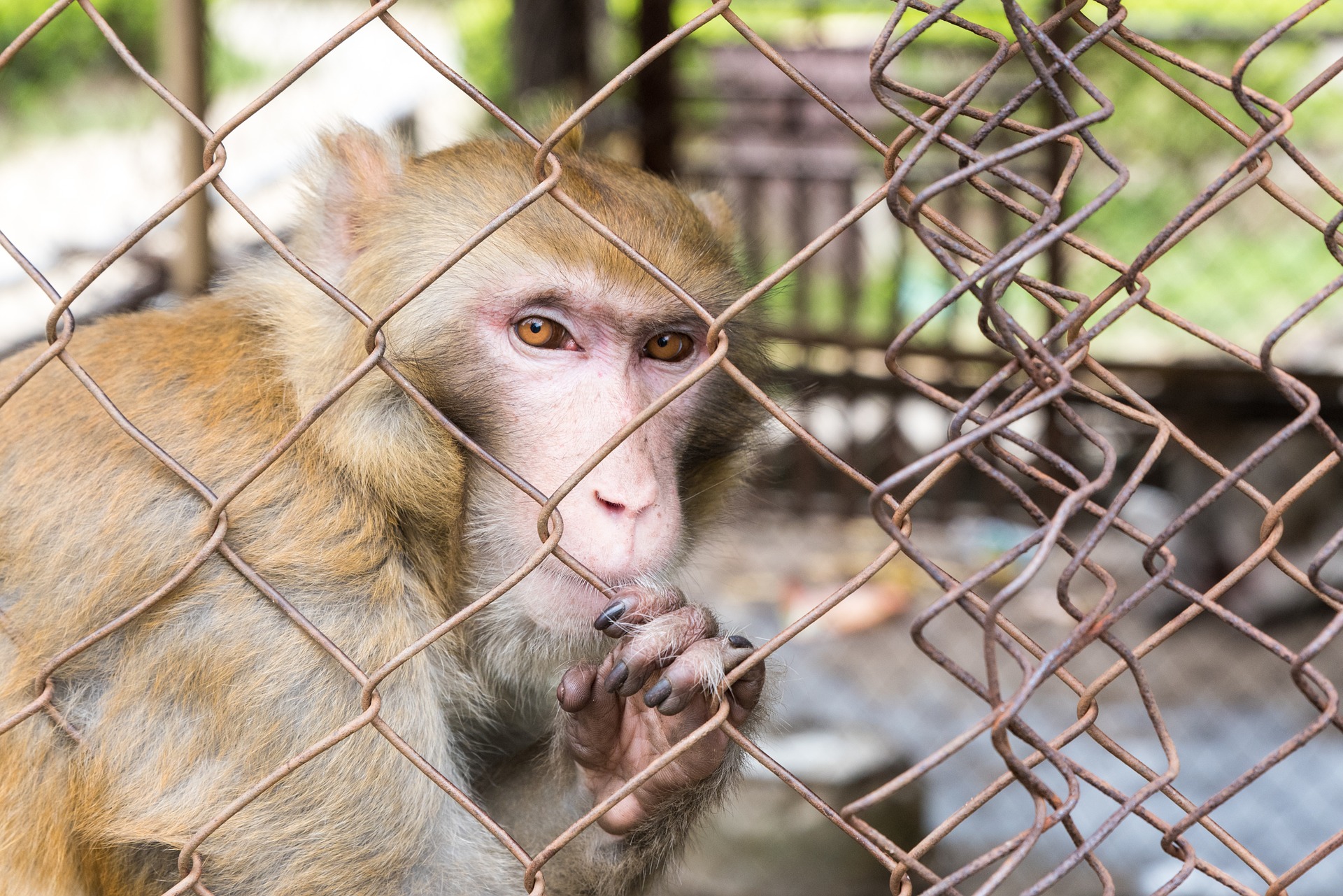 We know that keeping animals in captivity is controversial to being with, but what’s scary is most roadside zoos and attractions aren’t even accredited by the Association of Zoos and Aquariums (AZA), who works to ensure standards of care are met in zoos and aquariums. In the U.S., less than 10 percent of the 2,800 animal exhibitors licensed by the United States Department of Agriculture (USDA) are accredited by the AZA. And while the USDA does inspect licensed facilities, having a limited staff makes it extremely difficult for them to ensure everyone remains in compliance with the laws.

The conditions in roadside zoos are deplorable; bears, tigers, lions, and other exotic animals or wildlife are held captive and placed in uncomfortable situations for the sake of entertainment. Those who are made to “perform” or participate in photo ops are often chained, and sometimes sedated to make them easier to handle. Tired and scared, they’re subjected to long days where they’re handled by countless people. And once the day is done, it’s back into the cage to await the next round.

An investigation by the Humane Society of the United States uncovered horrific abuse at roadside zoos in Oklahoma and Virginia. Cubs were taken away from their mothers at an early age, then forced to endure hours of handling by humans. And when the tiny cubs wouldn’t “cooperate” for the photoshoots, they were hit, punched, and aggressively handled. The cubs were also found to be malnourished and suffering from parasites. And a roadside zoo in Indiana was found to have multiple USDA violations, including unsanitary living conditions and animals in distress while being handled by humans.

It’s No Life for a Wild Animal

One of the more well-known cases of roadside zoo captivity is that of Tony, a Siberian-Bengal tiger who has been living in a cage at a Louisiana truck stop for his entire life: over 16 years, to be exact. People have banded together in an effort to have him freed from captivity, including the Animal Legal Defense Fund, who even sued the Louisiana Department of Wildlife and Fisheries. The battle to free Tony the Truck Stop Tiger is ongoing; meanwhile, he remains in his tiny enclosure waiting to be saved.

Some roadside zoos, and those who source the animals, may claim they’re helping them by assisting conservation efforts, but keeping animals in crude living conditions and breeding them so you can make a profit does nothing to preserve the species or ensure the survival of their populations in the wild.

In these subpar conditions, animals are not able to exhibit their natural behaviors, which can lead to “zoochosis,” a condition resulting from the stresses of their unnatural captive environment. Animals suffering from this condition will constantly rock and pace, excessively chew or even mutilate themselves or pull out their hair. It’s painful to think of a beautiful, wild being living under that amount of stress day after day, year after year.

A Continuing Cycle of Cruelty and Despair

Like any other animal used for the purpose of entertainment, there comes a time where they are no longer viewed as profitable. The cubs used in photo ops are bred into captivity, then sold back into the exotic pet trade once they become too old — and dangerous — to be used for photo ops. And adult animals who become old and sick, or begin to “act out” towards handlers and people will be either sold off or killed.  It’s a sad and terrible cycle of abuse that rarely ends well for the animals.