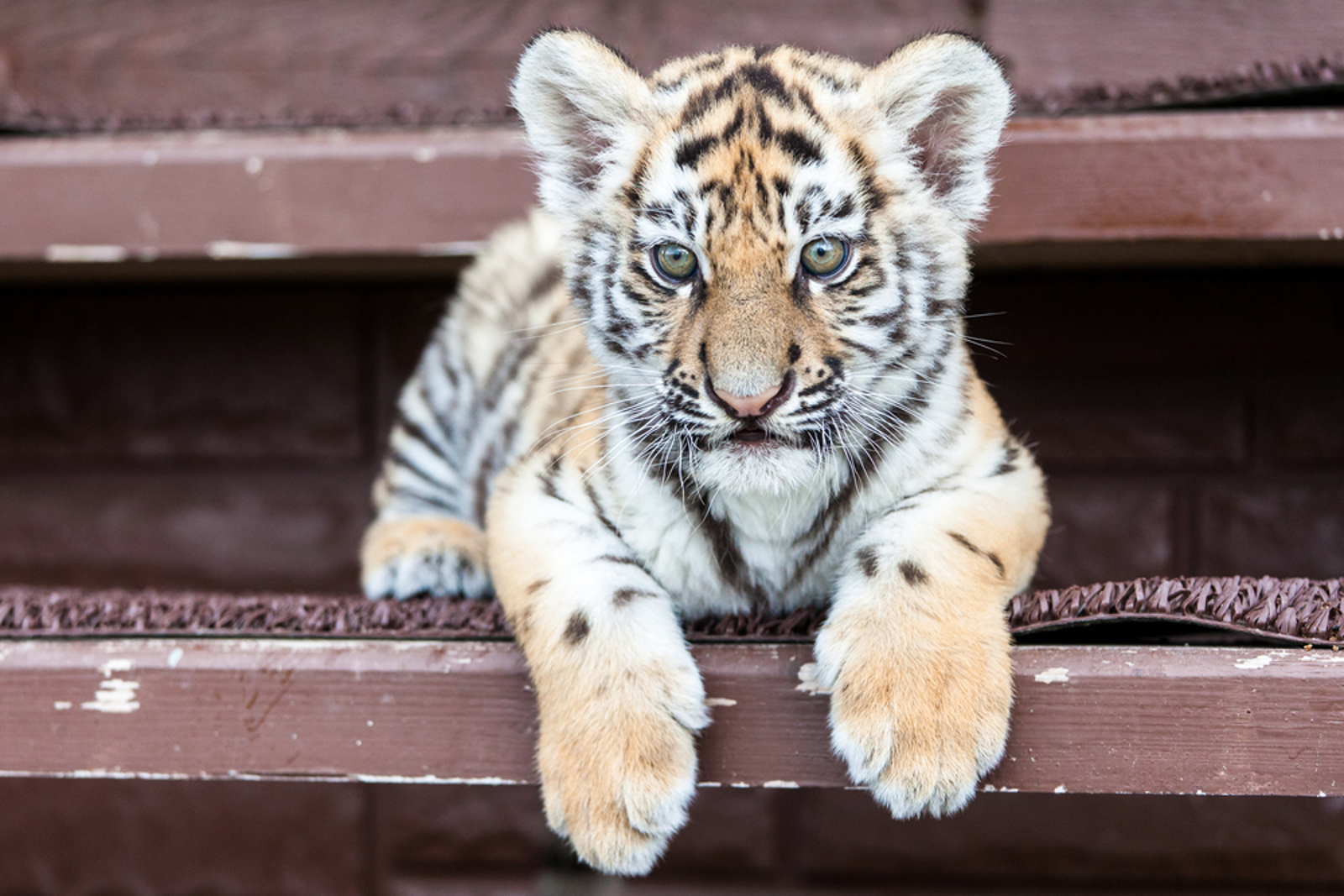 The picture below shows me in high school, swimming with a tiger cub. Her name was Petra, and I paid a roadside zoo roughly a paycheck’s worth at my summer job to meet her. It turns out tigers are good swimmers. Pretty cool, right?

I thought it was awesome, and I’m never going to forget the time I met a tiger. Here’s the thing, though, I wish I hadn’t done it. 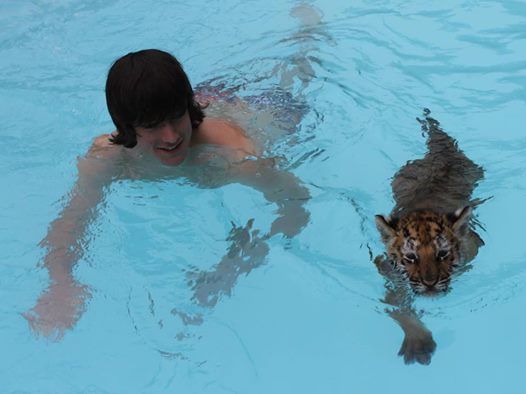 In the years since this picture was taken, I’ve done a lot of learning about what I’ll refer to as institutionalized animal abuse — animal abuse that is deeply ingrained in our society and sometimes even celebrated. One of these forms of animal abuse is entertainment abuse. In entertainment abuse, an animal is put into an unnatural environment and forced to perform certain acts for the sake of entertaining the humans who pay for it. Often, this is done with wild animals, and it generates a nice sum of money for those keeping the animals captive.

I didn’t know it at the time, but Petra was likely taken from her mother at a very young age. I never saw or heard any mention of Petra’s mother, and I doubt Petra ever had contact or much contact with her. A mother tiger would never stand idly by while strange humans took her baby away every day for other strange humans to play with, and chances are that it caused significant distress for both Petra and her mother. They were likely locked in enclosures on opposite sides of the zoo, all so the business could sell time with Petra.

None of this was for the tigers’ benefit. Animals are often captured or bred into existence solely for these types of businesses and activities and are rarely “rescues” who can’t survive in the wild. Paying for these things may mean thirty minutes of fun for us, but for the animal, it means an entire lifetime of deprivation and unnatural treatment.

Though Petra seemed willing to swim when I visited, she was likely forced to swim with groups of visitors several times each day, regardless of whether or not she wanted to. She will spend her entire life in an enclosure much too small for tigers, who can have a territory ranging in size from 7 to 60 square miles in the wild.

Keeping an animal suited for such a large territory in such a tiny space causes boredom, frustration, and a wide array of health problems, including a maladaptive behavior known as a stereotypy. Captive animals exhibiting stereotypies perform pointless, repetitive actions due to a lack of stimulation, and sometimes these actions even involve self-mutilation. A life capable of so severely damaging an otherwise healthy animal’s mind is never in their best interests.

I had already written the bulk of this reflection on my time with Petra when a video of a PETA undercover investigation surfaced online. The video captured awful things happening at Dade City’s Wild Things, which is the same place I paid to meet Petra. The video confirmed most of what I already suspected: animal abuse is at the heart of this zoo’s operations. Employees were caught hitting tiger cubs, pulling on their tails, and shoving them into the swimming pool. Tiger cubs in the video were taken from their mothers at only a few days old. One was even left on the ground, dead. And after the tigers get too big to be profitable, they’re either sold or locked into tiny cages.

I met Petra nearly four years ago. I have no doubt that she’s suffering right now, languishing in a cell or sold from one form of captivity into another. And it isn’t lost on me that I helped fund her misery. It’s something I deeply, truly regret. If I could find her, I would gladly do everything in my power to rescue her and bring her to a sanctuary, where she can roam over wide expanses of land and live a happier life. She wouldn’t know it was me, but she would know the joy that comes with freedom. That would be enough for me.

Until then, I’ll do the best I can to make up for my mistake. I’ll honor Petra by educating those around me about entertainment abuse so that maybe someday, this won’t happen to animals anymore.

Other common forms of entertainment abuse include rodeos, animal fights (like dogfighting, cockfighting, or bullfighting), elephant riding, animal use in circuses, and keeping wild animals in zoos or aquariums. Most of these operations are legal and will claim that the animals are either treated well or that they even enjoy their abuse. In cases of less obvious abuse like zoos, the abusers may not even realize how much harm they’re causing. If fact, many people go into these lines of work because they love interacting with the animals.

However, when exploitation is the basis of a business, the animals always lose. As we can see from the now-exposed SeaWorld empire, businesses built on animal abuse may claim to be for education or conservation, but at the end of the day, their purpose is just to make a few people rich. The animals suffer, and though some situations are worse than others, all instances involve depriving animals of their natural lives.

Often in cases of entertainment abuse, that tiny voice in the back of our heads will whisper “this is wrong.” However, when those who profit from abusing animals loudly proclaim that all is well, it’s all too easy to squash that little voice down.

Listen to that voice. When it tells you that calves don’t like being slammed to the ground and tied up in rodeos, it’s telling the truth. When it asks if you truly think it’s natural for a whale to be living her whole life in a veritable swimming pool, it has a good point. Deep down, we know that tigers don’t belong in pens the size of a bedroom. We know that elephants don’t learn circus tricks without being beaten. We simply need to listen to our consciences instead of pushing them away.

And now, I do love her. She’s always going to have a place in my heart, and that’s why I’m fighting to free those like her. It’s why, if by some miracle, I ever learn where she is, I’m going to fight tooth and nail to rescue her. It’s why now, I think of how she felt, not just how I felt. It’s why I’ll never aid these exploitative businesses again.

I am sorry, Petra.