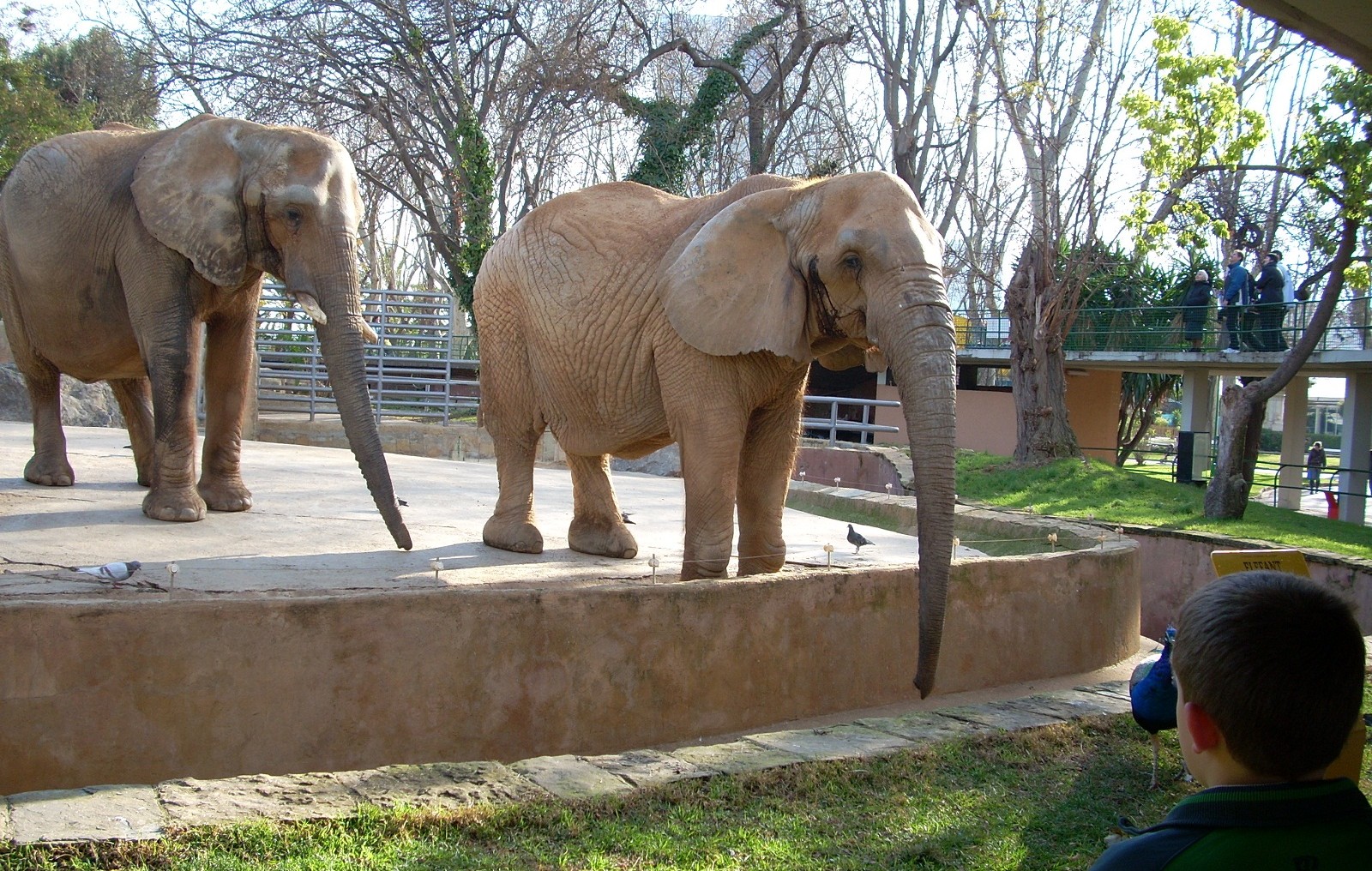 Roadside zoos and public menageries can be found all across the U.S. These facilities are often advertised as “fun” or “exciting” pit stops along the highway that offer a “one-of-a-kind” chance to interact with wild, exotic animals.

Although most are not licensed or accredited by the Association of Zoos and Aquariums (AZA), these spectacles display animals such as primates, bears and big cats for paying customers. Existing outside of the standards (albeit, lacking standards) of the AZA, roadside zoos and menageries are hotbeds for animal cruelty and abuse.

The U.S. Department of Agriculture (USDA) does have regulations that are meant prevent abuse and enforce the standards of care for exotic animals at roadside zoos. Unfortunately, state laws regarding the ownership of wild animals vary and laws in the south are particularly lax. In places where people can purchase exotic animals, they only need to undergo a simple application process through the USDA to exhibit their animals to the public. There is no requirement for exotic animal owners to have knowledge of proper care or needs for their animals; most are entirely unqualified and unprepared to provide animals with even basic dietary needs.

Roadside zoos and menageries often allow the public to interact with the animals – a ploy that makes these facilities seem “more fun” than your typical zoo. Photos with lion and tiger cubs are a common offering. These cubs are bred at the facilities; when they get too old to be “cute” and profitable, they can be bought and sold through the extremely lucrative wildlife trade.

Sadly, many cases of abuse at roadside zoos go undocumented until animal welfare groups provide proof from their own undercover investigations. The USDA will perform routine checks, but they rarely have the funds or staff to effectively check or enforce rules.

While these places can seem like fun, they are anything but for the animals. As Green Monsters, it is up to us to put an end to this cruelty. The best way to shut these businesses down is to cut their funding. If people stop paying to see these animals or take photos with them, the cruelty can stop.

With this in mind, here are five of the worst roadside attractions in the U.S. you should avoid at all costs. 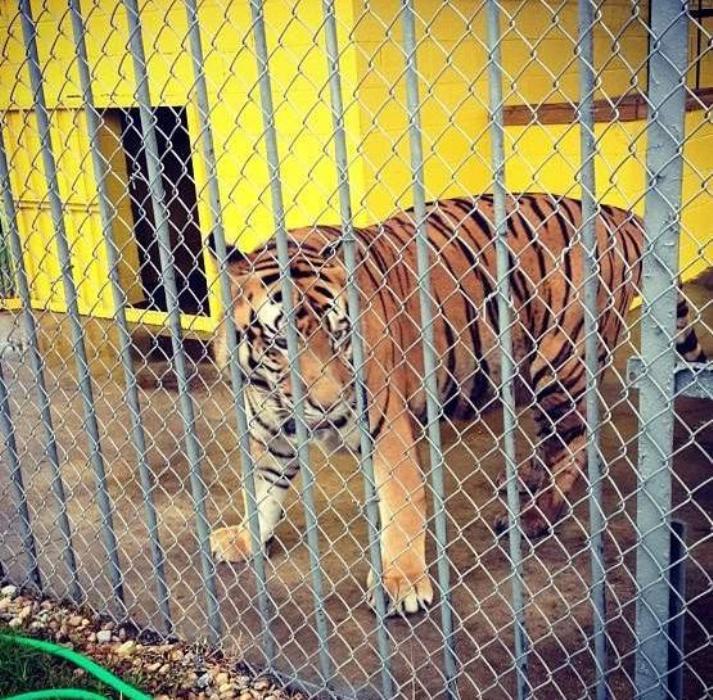 Perhaps one of the most well-known instances of an animal being held at a pit stop is Tony, the truck stop tiger, who has been living at a gas station in Louisiana for the past 12 years. Michael Sandlin, the owner of Tiger Truck Stop, has long battled animal rights groups in court over Tony’s fate. In 2003, three of Sandlin’s tigers were removed from his care due to a number of violations. Still, Tony remained at the truck stop.

Sandlin challenged a 2006 statewide ban on the private ownership of exotic cats in 2009. And in 2014, he conspired with a Louisiana lawmaker and produced an exemption to the 2006 ban (Senate Bill 250), one that frees Sandlin from the ban and allows him to keep Tony in captivity.

Sandlin’s website, SaveTony, pleas for his followers to help save Tony from the activists trying to take his tiger away from his home and for private citizens to stand up for their rights to own exotic animals.

Luckily, there are many people who see right through this shameless ploy and oppose Tony’s captivity. The Animal Legal Defense Fund continues to campaign for Tony’s freedom, click here to learn more about their work. 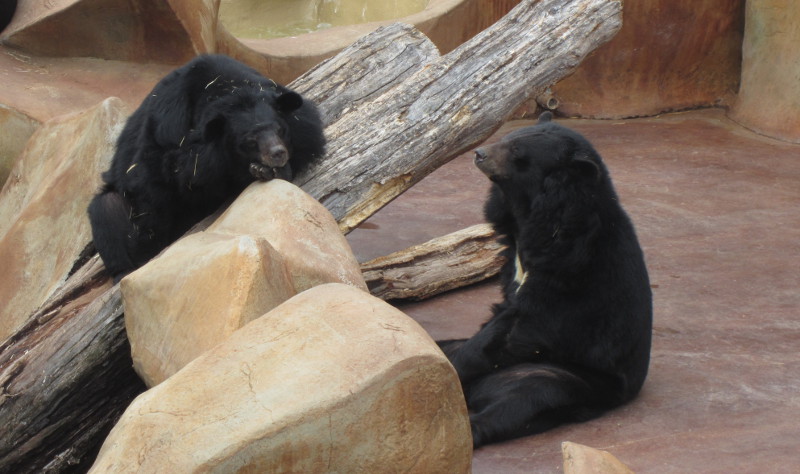 In December of 2014, with the help of The Simpsons co-creator Sam Simon, two Himalayan black bears were removed from their concrete home at the Three Bears General Store in Tennessee, and sent to live out the remainder of their lives in a natural habitat at The Wild Animal Sanctuary.

Three Bears General Store has received a number of USDA violations. Most notably, in 2010, for the “failure to allow the bears to enter their shelters during the day in order to escape from public viewing or extreme weather.” Three Bears was also cited for not supplying the bears with an appropriate diet. The animals were being fed an array of Milk-bones, apples, melons and grapes. 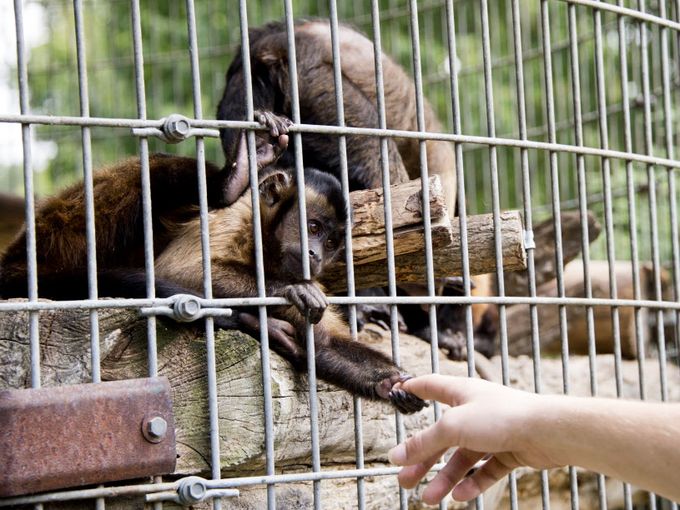 After a six-month undercover investigation by the Humane Society of the United States (HSUS) and a number of complaints, the Virginia attorney general’s office is reviewing numerous accounts of abuse, neglect and death at the Natural Bridge Zoo; including the use of bull hooks on the zoo’s solitary elephant Asha who has been without a companion for 10 years.

HSUS investigators also documented a primate who was killed with rat poison; tiger cubs ripped from their mothers and bottle fed by zoo patrons; the death of malnourished giraffe who had been bred too many times and many other horrors.

The sad and disturbing allegations made against the Natural Bridge Zoo call into question the quality of care they’re providing for their animals. Some have come to defend the zoo, while the owner of the zoo calls the entire situation a “witch hunt” brought on by animals rights groups in an effort to boost donations, but we think the video speaks for itself. (Warning, it’s graphic.) 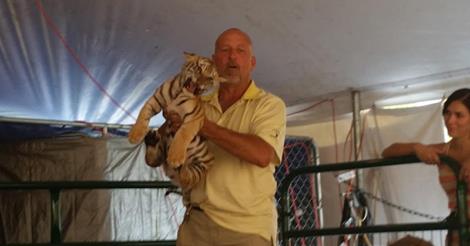 Owner of Wildlife In Need, Tim Stark, is a self appointed expert in the field of big cats and other wild animals. Stark’s operation has been open in Indiana since 1999 and has faced controversy over the years. In fact, Stark has been cited by the USDA for at least 22 violations in the past several years, including a number of violations pertaining to Stark’s “Tiger Baby Playtime” in which he charges the public, on average $20-$25, to interact with the animals and take pictures with them.

In 2007, Stark struck a plea deal after being charged with selling and transporting an endangered ocelot to a buyer in Texas. Most recently, volunteers have come forward with graphic accounts of exactly how Stark runs his operation.

He’s accused of hiring volunteers with little to no experience working with wild animals, and disregarding the advice of his veterinarian. In the same account, Stark came under fire for bringing a 250-pound tiger directly in front of the public during a standard show with no barrier to separate them. During one show, the tiger became aggressive, an incident that Stark “played off” to keep the audience calm. 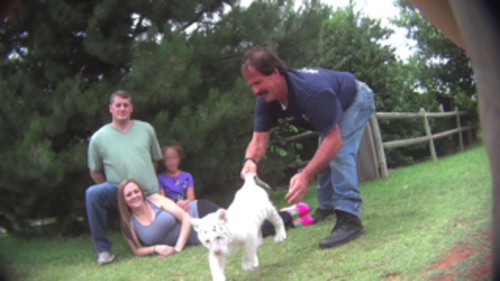 An undercover investigation by HSUS of the tiger safari in Oklahoma is an example of the kind of abuse and trauma young cubs go through in order to turn a profit for roadside zoos. Owner Bill Meadows refutes the allegations, but the video which graphically shows Meadow’s apprehension of his upcoming USDA visit and the exploitation and abuse of his cubs, including one in particular, Maximus, being dragged and slapped by employees, speaks volumes about his credibility and compassion.

According to the HSUS, Bill Meadows has received two official warnings since 2012 and over 14 pages of violations during the most recent inspection.

Although the outlook for many of these animals seems dismal, there is still hope. Ricky the bear was recently relocated to the Wild Animal Sanctuary after living at an ice cream parlor in Pennsylvania for more than 16 years. A little over two years ago, Ben the bear was released to PAWS Ark Sanctuary in California after living at Jambbas Ranch in North Carolina for six years.

Conservation does not entail simply breeding and housing these exotic animals so that spectators may gawk at and pose with for a price. This kind of “education” does nothing more then perpetuate the growing epidemic and notion that wild animals make good pets.

It’s essential that we, as Green Monsters, continue to educate and pass this information along to our friends and loved ones, especially young children, about the importance of conserving these magnificent animals. The more people know about these roadside zoos, the less likely they’ll be to visit one.

If you ever suspect a case of animal abuse or neglect, be sure to report it.