From a Tourist Ranch to a Spacious Sanctuary: Ben the Bear Celebrates Two Years of Freedom! 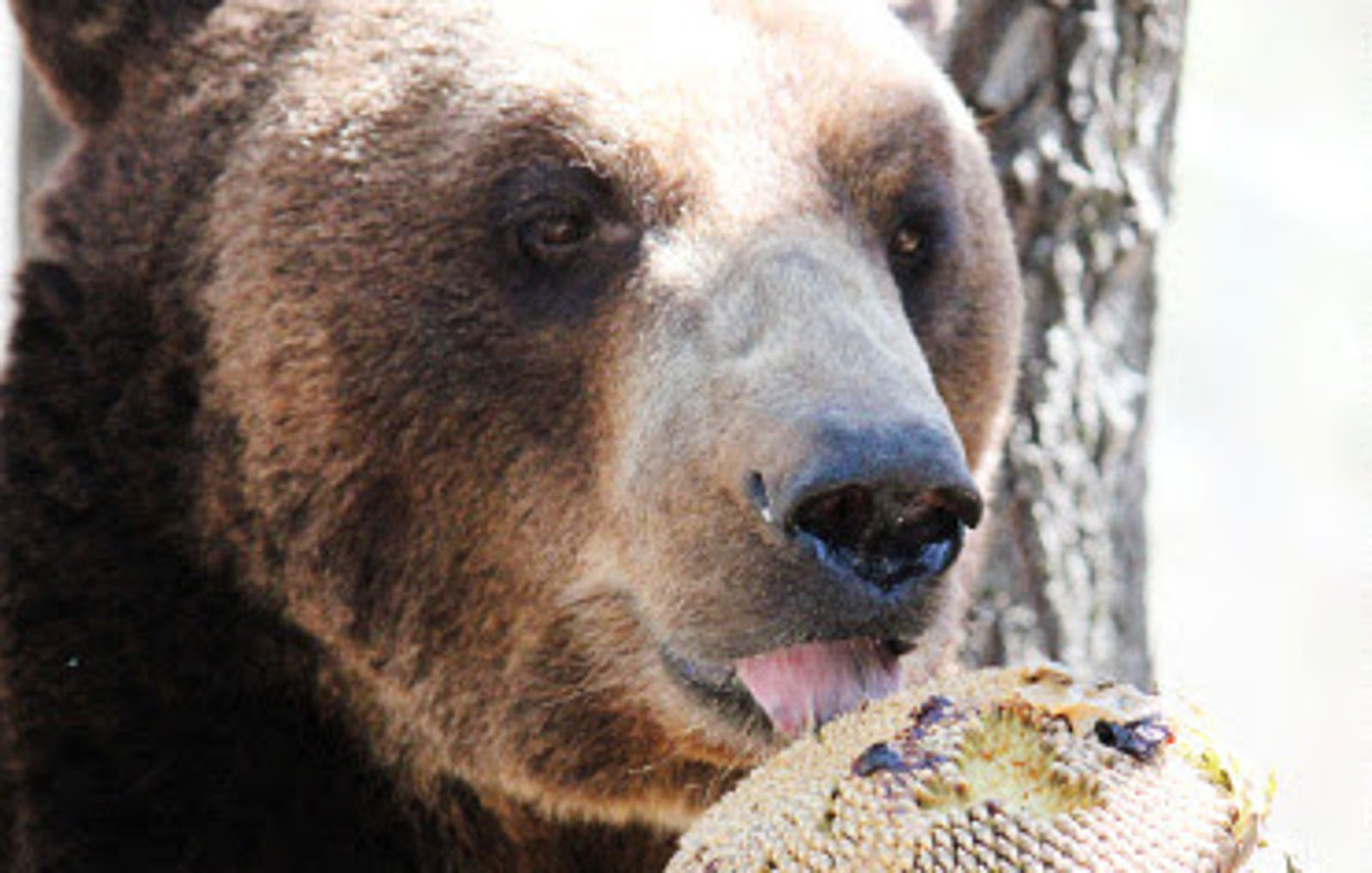 Life on a 12-foot chain is no life at all for a black bear. In the wild, these astounding creatures can be up to seven feet tall and weigh up to 800 pounds. The black bear can thrive in a variety of different habitats and climates and can be found in 40 of the 50 states in the U.S. But, despite their ability to adapt to different environments, black bears should never be found in a concrete enclosure, chained down as a tourist attraction.

This, sadly, was the life of Ben the bear who lived for six years at Jambbas Ranch Tours, a private ranch attraction in North Carolina. All alone in his paltry cement prison, Ben’s only form of interaction came in the shape of tourists outfitted with cameras and a wallet full of cash.

His caretakers fed him dog food and for entertainment, Ben was given a bowling ball and a few sad stumps of wood. After years of the monotony, Ben began to exhibit stereotypic behavior, pacing back and forth in his tiny enclosure. Pacing and other pointless, repetitive behaviors are symptoms of zoochosis, the form of mental illness that animals kept in captivity develop overtime in response to the stress of being held indefinitely.

Walking back and forth on the hard concrete caused serious damage to Ben’s footpads and it was clear that this was hardly a proper environment for a wild bear. Thankfully, some compassionate visitors alerted PETA and the Animal Legal Defense Fund to Ben’s suffering and soon these two organizations filed a suit for his release. All evidence pointed to the conclusion that Ben was not being properly cared for and the judge ordered his release to Performing Animal Welfare Society’s (PAWS) ARK Sanctuary in California.

With the help of FedEx (yes that FedEx) Ben and his new team of caretakers were on their way from North Carolina to California. The flight crew dubbed the plane “Bear Force One” for the epic journey.

PETA writes that when Ben arrived at the sanctuary, it was likely the first time his paws had ever felt grass. Probably a great comfort after years of hard concrete. Within minutes, Ben was running through his new, spacious,  1.5-acre playground, going for a dip in the pool and exploring to his hearts content.

Check out this video of Ben’s first day at the sanctuary!


It’s amazing to see how quickly he adapts to his natural environment after six long years of living in a concrete prison cell. Quite the testament to the resiliency of animals.

Ben’s new home is part of the Bob Barker Bear Habitat, which was specifically designed for bears. The habitat includes trees, grass, natural vegetation and a large pool, much more suited to the needs of an adult black bear.

Ben was given proper food for the first time and allowed to interact with the sanctuary’s other black bears, Sampson and Cinnamon. 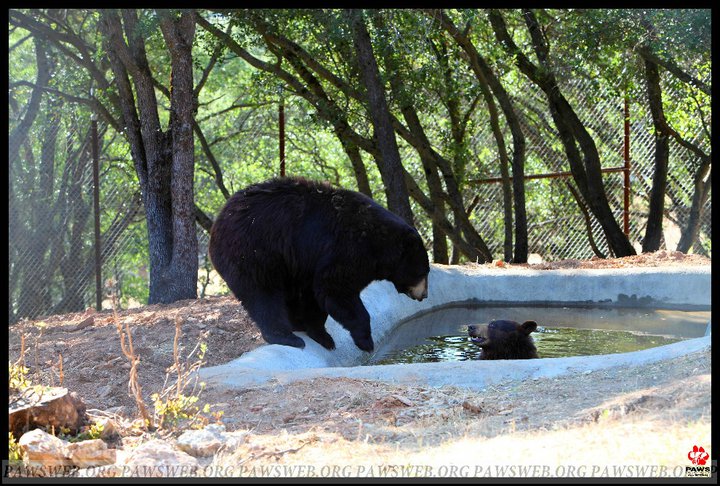 Ben spent his first week at the sanctuary foraging for food and learning what it means to be a wild bear again. 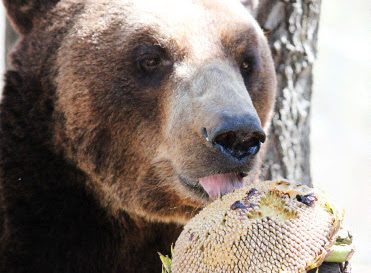 According to PAWS, the USDA suspended Jambbas Ranch Tour’s exhibitors license in January of 2014. The license cannot be restored until the facility is in full compliance of the Animal Welfare Act’s regulations. We can’t really say that we hope this happens any time soon … 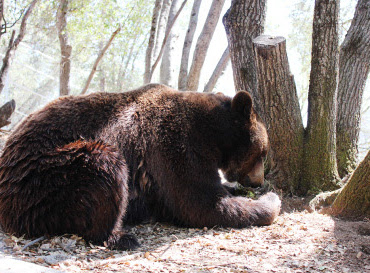 Following the suspension of Jambbas’ license, Ben celebrated two happy years at ARK sanctuary! Although Ben’s story has a happy ending, he is a constant reminder of the suffering that many other bears are currently being forced to endure for the sake of human entertainment. 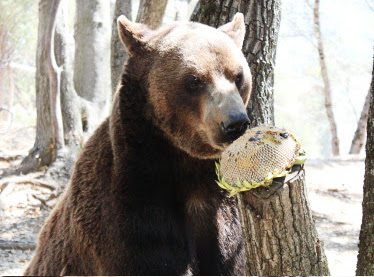 Every bear should get to experience the SWEET taste of freedom! 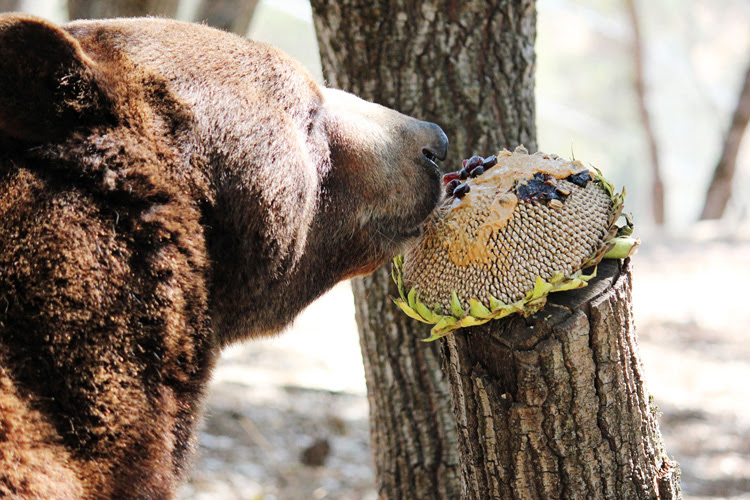 What You Can Do For Other Animals Like Ben

Tourist attractions that feature live animals are rarely focused on anything other than profit. Although some attractions boast their dedication to conservation, and claim their profits go towards helping other, non-captive species, it is important that you do all your research before buying a ticket. Are the animals kept on chains that greatly limit their movement? Are they being fed a proper diet? Were these animals captured from the wild?

Just like a zoo or a circus, roadside tourist attractions perpetuate the idea that animals are here for our entertainment, and wrongly send the message that animals “enjoy” performing for an audience. When you understand the basic needs and behaviors of wild animals, it becomes readily apparent that living on a chain in a small enclosure without mental stimulation or companionship goes against anything natural. Unlike cats or dogs, wild animals have not evolved to live with humans and forcing them to do so is only to their detriment.

Education is the first step in ending the abuse of animal tourist attractions. Share Ben’s story with your friends and be sure to report any animal abuse or neglect you might encounter. Without the help of the kind people who reported Ben’s sad condition to PETA and ALDF, he might not have been rescued. Remember, animals can’t speak, so it is our duty to speak up for them!

To learn more about PAWS and the other bears living at the Bob Barker Bear Sanctuary, click here.