5 Animals That are Victims of the Exotic Pet Trade 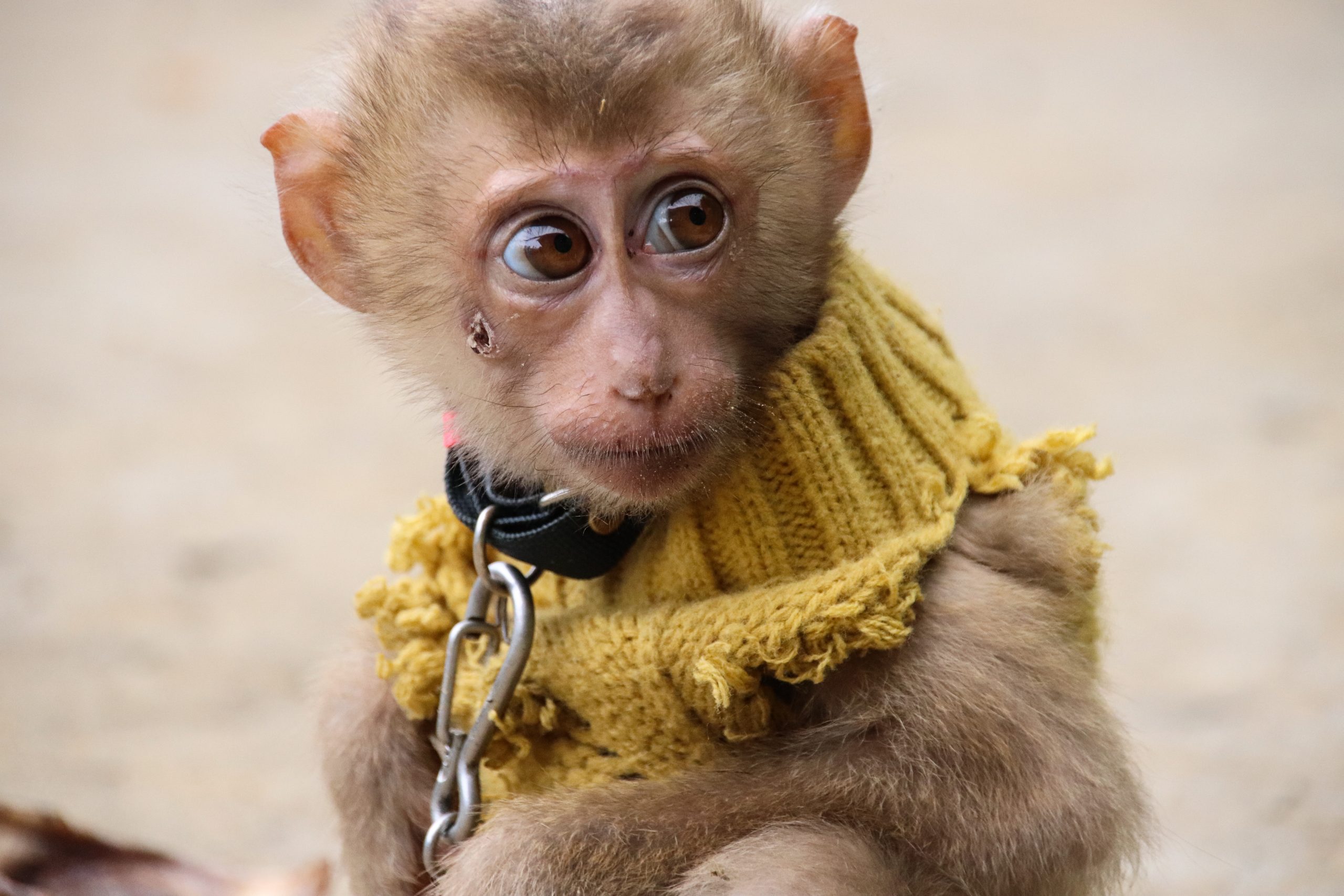 The wild at heart do not belong in a cage. Owning your own bird, hedgehog, lizard or monkey might seem striking, it might even add a certain color to your personality; but, it is wrong and unfair to keep an exotic animal in your home. No matter how you may try to replicate their environment, their instinct is to live in the wild, not amongst four brick walls. Some humans readily believe that they can provide all the care necessary to make exotic animals “happy” and feel “at home,” but the fact remains: wild animals belong in the wild.

Even if the person who gains ownership of an exotic animal has no intention of harming the creature, when you look into how these animals come to be pets, the gross injustice inherent in the exotic pet trade becomes apparent.

Trappers steal animals from the wild, and when they do so, they do not handle them with care. Parrots have their beaks cut and their feet taped up and it is not uncommon for them to be stuffed into plastic tubes so they can be hidden in luggage. Baby turtles are taped up and trapped inside their shells. A large amount of these animals die during the capture and the journey that continues is just as brutal. The ones who do survive aren’t much more fortunate. They are ultimately sold, mostly to under-qualified owners, and more often than not, end up abandoned on a roadside or left to die. Others are left in the hands of children who play with their new exotic pets too roughly and the animals get injured, or vice versa.

The exotic pet trade affects you too. Countless diseases emerge from the handling and importation of exotic animals and these diseases threaten human health.

These cold-blooded animals fascinate many people, which is why they can always be found in pet stores. Hundreds of species of snakes, including boa constrictors, anacondas, and other large snakes are shipped into the U.S. every year. The fact is, no matter how well you care for your exotic pet, it is never going to compare to its natural habitat.

Reptiles kept as pets constantly suffer from nutritional deficiencies and many don’t live past a year (or they are abandoned shortly thereafter).

Additionally, many of the exotic breeds that are popular among owners are highly dangerous if not properly handled. In the past 10 years, 12 people have been killed from constrictor-snake-related incidents and many more have sustained injuries. It is also known that 90 percent of reptiles carry salmonella and this can be passed on to humans.

Ten to twenty percent of wild birds that are caught and confined to a small cage die because of the shock of losing their freedom. The next time you look at a bird in a cage, don’t just see the bird, see what the bird sees.

Imagine if someone stuck you in a tiny shower cubicle for the rest of your life; you can’t reach your arms or legs out fully and you cannot walk far. Would you call this a life?

Breeders claim birds bred in captivity protect the species, but the reality is one-third of all parrot species worldwide are close to extinction due to the exotic bird trade. Recent statistics show over 150,000 parrots are smuggled into the U.S. every year. Birds should be in the sky, not in a prison.

Many diseases can be caught from keeping pet birds. The most common is parrot fever which causes pneumonia. If the owner inhales dry dropping, they are far more likely to catch it.

Owning a pet monkey sounds like fun, but the reality is the complete opposite. Keeping a monkey at home is negative for you and the monkey. A house is not the right environment for any wild animal.

Monkeys, in addition, must be around their own species regularly or it can severely affect their psychological well-being. Their wild nature also makes them poor pets as they cause major damage to your carpets and furniture.

The Herpes B-Virus can be carried by monkeys; most commonly the macaque monkey. It is not that dangerous for monkeys most of the time, but fatal to humans. Monkeys have also been known to carry and transmit Monkeypox, the Ebola virus, and other threatening diseases.

Having a tiger in your back garden sounds insane, but you wouldn’t believe how many people buy big cats to keep as pets. At least 10,000 tigers are kept as pets in the U.S. alone. Currently, there are more tigers kept as exotic pets than there are in the wild … it’s a fashion to many, a deliberate action to be a little out of the ordinary.

True, a pet lion or tiger is not ordinary. But you need to be rational about it. When they’re a few weeks old, baby big cats look adorable, but later down the line, they become a dangerous animal to have in the house. Living in captivity does not transform a big cat into a domestic house pet. They maintain all their instincts and can even become more aggressive when kept in an environment that does not allow them to express natural behaviors.

Since 1990, there have been several incidents involving big cats that were kept as pets. Nearly 21 humans have died from attacks, 246 maulings have been reported, and 143 wild cats have died in captivity.

Cat scratch disease can be transmitted from big cats to humans, along with other zoonotic diseases. There is very little regulation in the exotic pet trade that screens for diseases.

They’ve survived for 220 million years on the earth, but now turtles are in trouble. They are the most endangered out of all the vertebrate groups. And why? The main cause of this threat is down to the pet trade. Within the next decade, endless species of turtles will go extinct unless drastic action is taken.

Sea turtles are ripped from the oceans by poachers who sell them for high prices in unregulated marketplaces. Ontario’s endangered spotted turtle is at high risk of extinction due to the illegal pet trade. It is estimated that 67 percent of turtle species are endangered and the pet trade plays a large role in this statistic.

Pet turtles cannot survive when released, especially if they’re thousands of miles from home. This means once they are brought into your home, their life in the wild is virtually over.

Turtles can also carry salmonella on their skin and shell. This is a serious infection in human beings.

If the demand for exotic pets did not exist, the exotic pet trade would not exist. So, if you agree that keeping exotic animals as pets is cruel, don’t support it either. Do not buy from pet shops or dealers. Leave the wild in the wild.

Animal shelters are filled with cats and dogs who need loving families and homes. You can also support the legislation to ban ownership of exotic animals in your area.

These animals need us to speak for them, so if you see an exotic animal living in terrible conditions as a pet (or one that is illegally owned) say something! You can report suspected abuse to local police who can take necessary action. This small action might not make a difference for every animal suffering in the exotic pet trade, but it will make all the difference for that one creature! You can also share this post to spread the word about exotic pets and show the world why this “fad” has got to go.