Looking Beyond the Glass: An Awakening Portrayal of Primates in Captivity (PHOTOS) 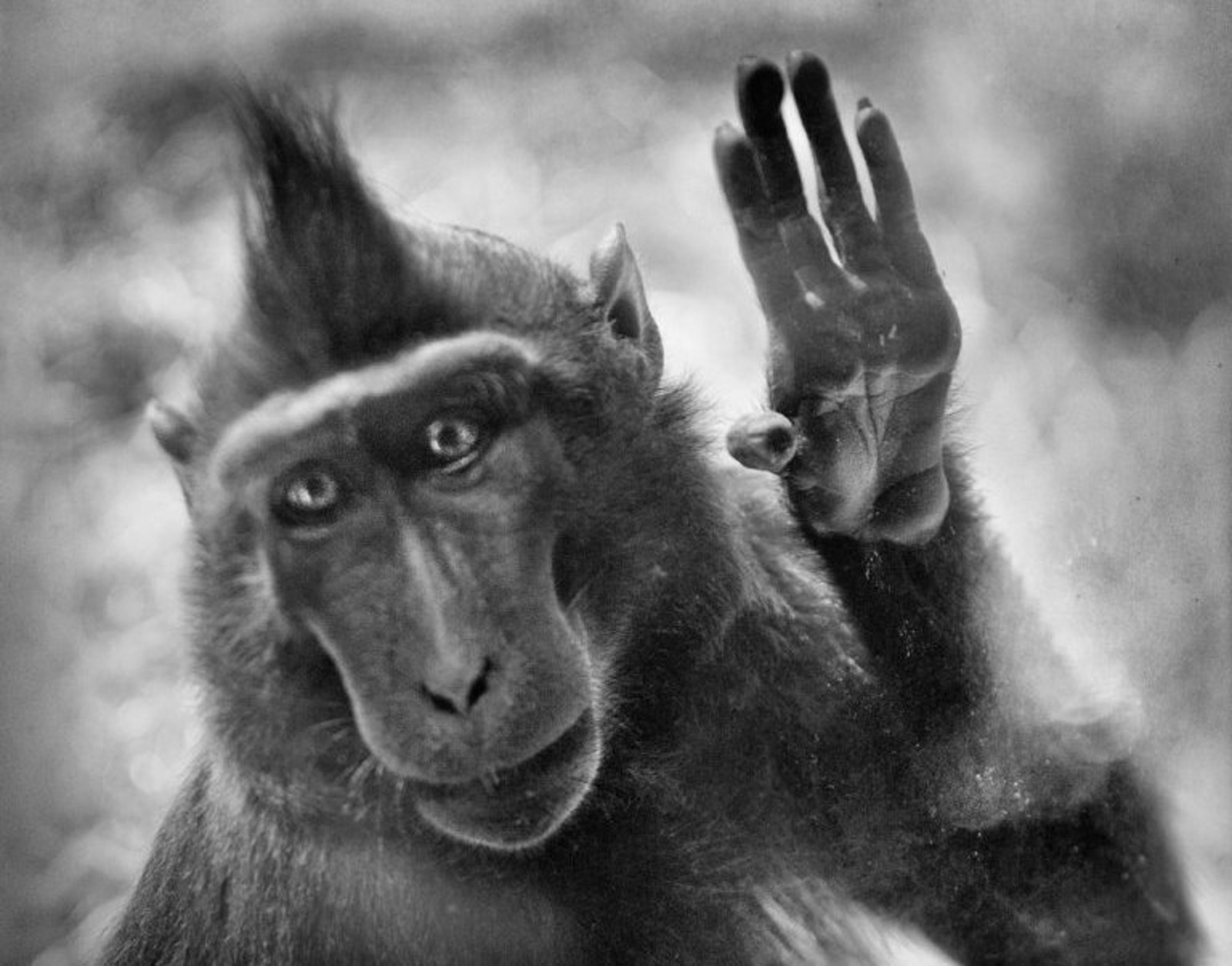 Zoos often seem to be the gray areas of the conservation world. Some facilities work hard to provide the best care and environments they can to captive animals, while others, such as roadside zoos and marine parks, place profits before the welfare of animals, which can result in some downright pitiful conditions.

It can be difficult to condemn zoos fully, but it is also hard to back them with 100 percent support as other facilities, such as accredited sanctuaries, may do a better job at achieving a zoo’s mission – to educate and conserve.

Regardless of which zoo facilities are doing better work, there is an underlying fact that remains, which is that wild animals are being kept in captivity – an environment that places both a physical and mental divide between the non-human animals and the human viewers.

Professional photographer Anne Berry of Atlanta, Ga. has set out to explore this division through her collections “Behind the Glass” and “Behind the Glass II,” which feature captive primates as subjects, including orangutans, bonobos, chimpanzees, gorillas, capuchins, gibbons, and others.

“The images I take in monkey houses are special; the glass works as a literal divider and compositional framing device and also as a metaphor for the way man has separated himself and his fate from the animals that share his environment,” Berry tells OGP.

To develop her collections, Berry traveled to a number of countries – from France and Spain to Brazil and India – to photograph primates at various accredited zoos.

At times, she was saddened when enclosures were clearly not large enough for the primates, yet at other times she was able to witness the special bond between certain animals and their zookeepers.

“At the Delhi zoo one of the zookeepers walked with me to the Gibbon enclosure. He did not speak English, but he spoke to the Gibbons, and they came out of their house and answered,” Berry tells us.

Despite these more uplifting moments, Berry’s primate portraits have a rather somber, even forlorn quality to them as ultimately she wants a viewer to look behind the glass at the animals themselves and also beyond the confines of the zoo environment.

“I want viewers to feel a relationship or a longing for a connection to these animals. I hope they feel empathy and want to help. The images speak about the animals rather than about the zoos. Viewers often have a love or hate for zoos, but I hope, regardless of this bias, that they will want to consider the place of these species on our planet and how they can contribute to the conservation of their habitats.”

Berry hopes to make a book out of her primate portraits and give all proceeds from book sales to a foundation that benefits primates.

View photos from Berry’s “Behind the Glass” collections below. 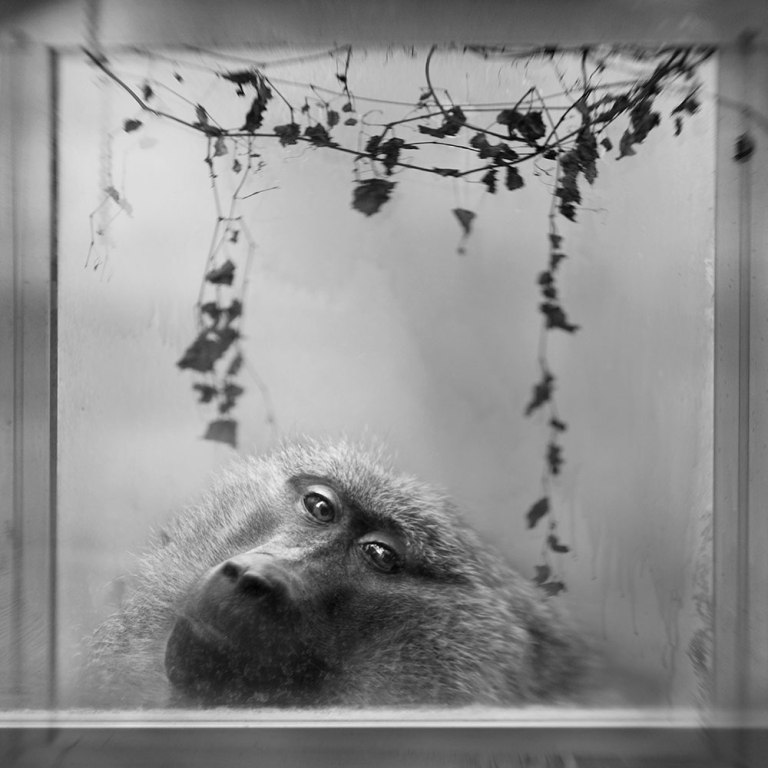 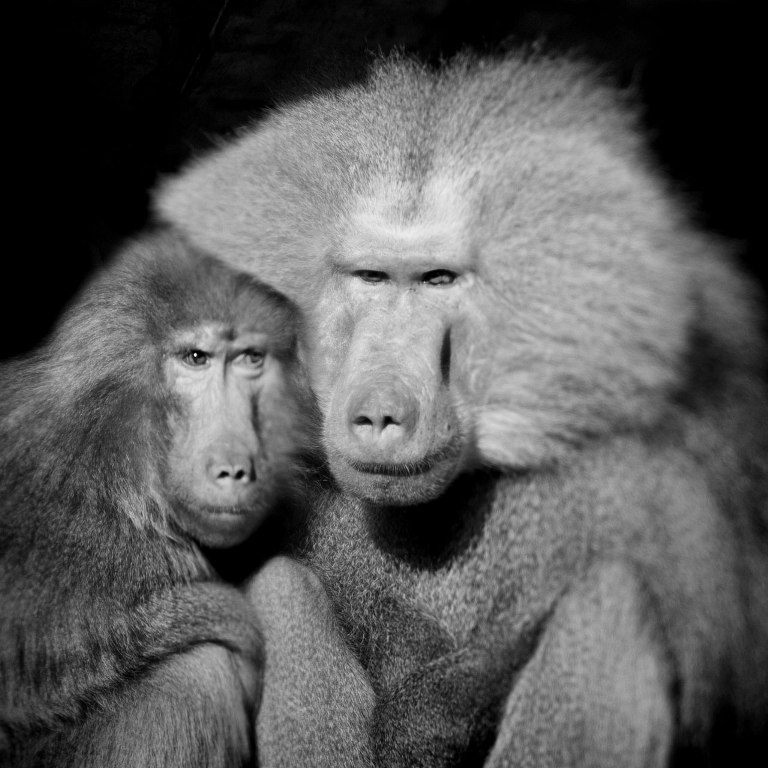 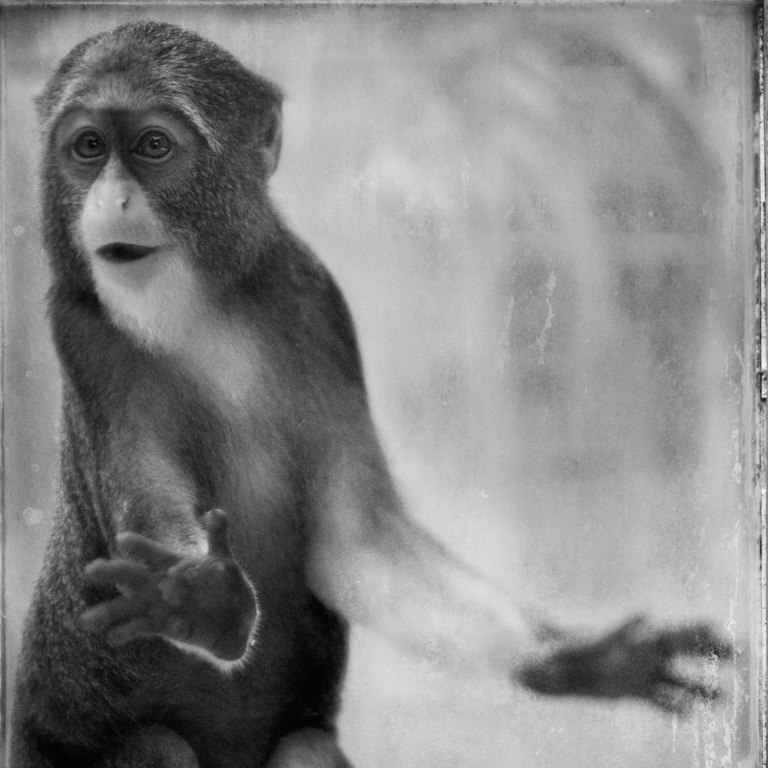 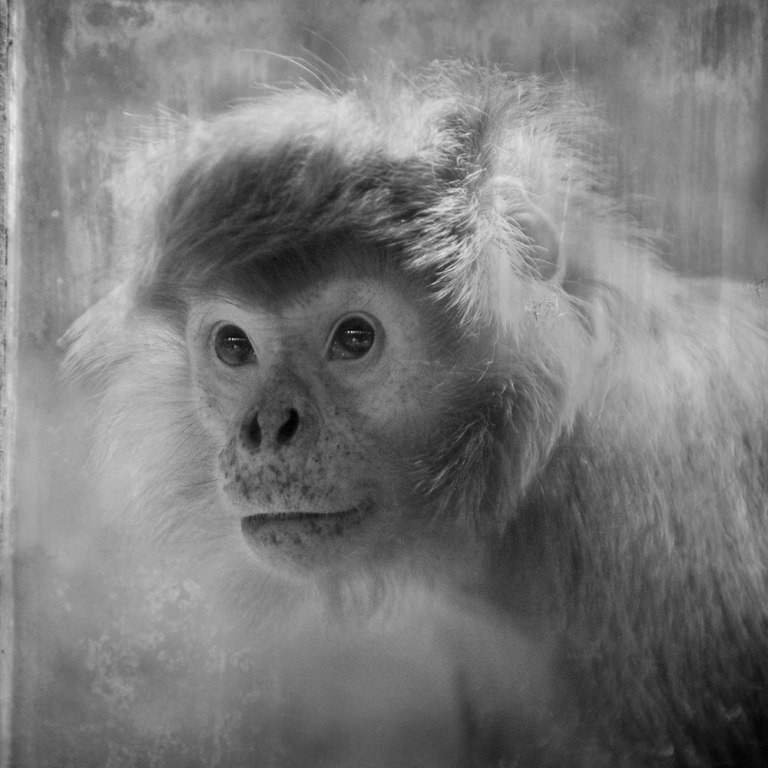 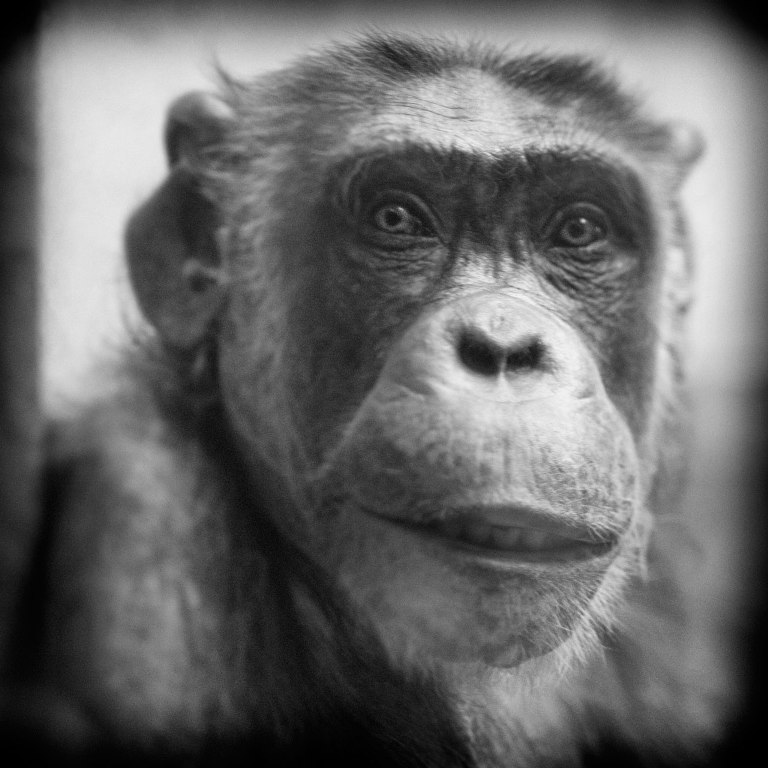 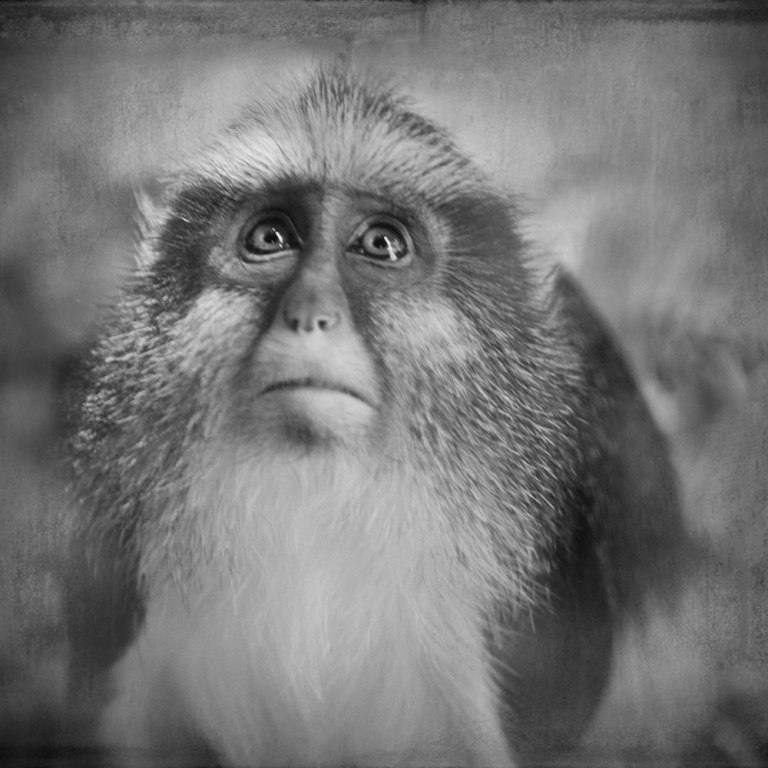 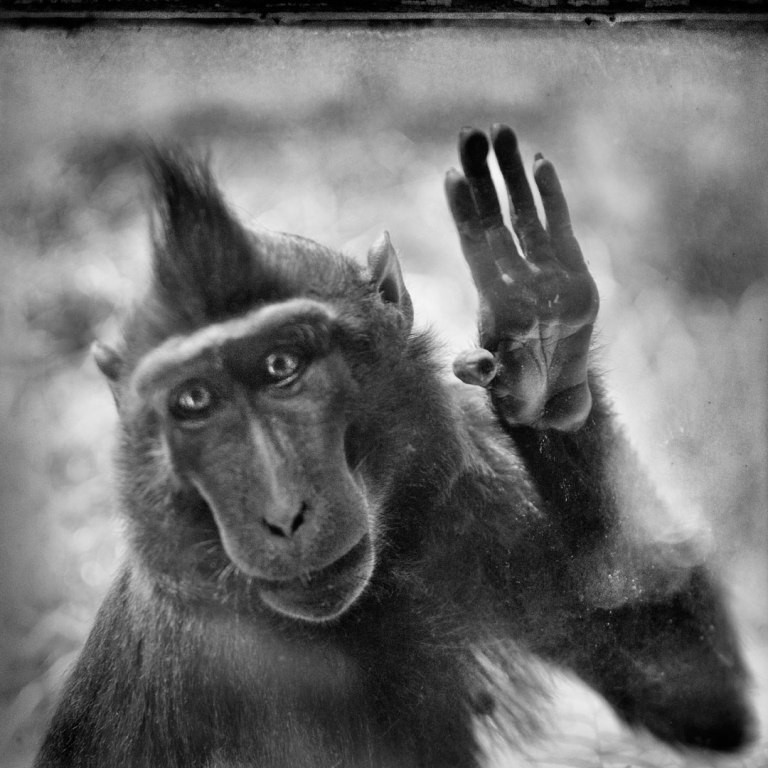 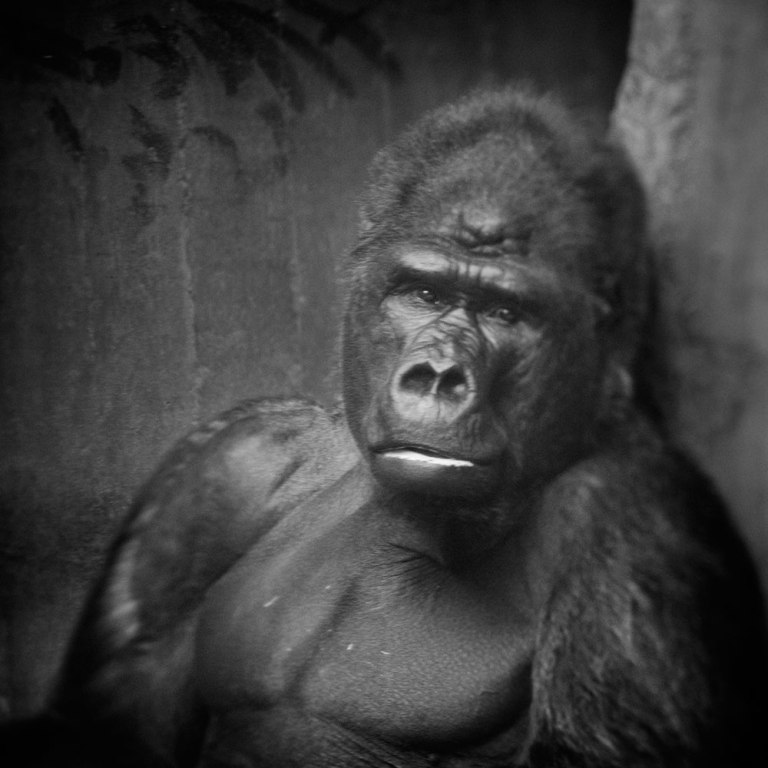 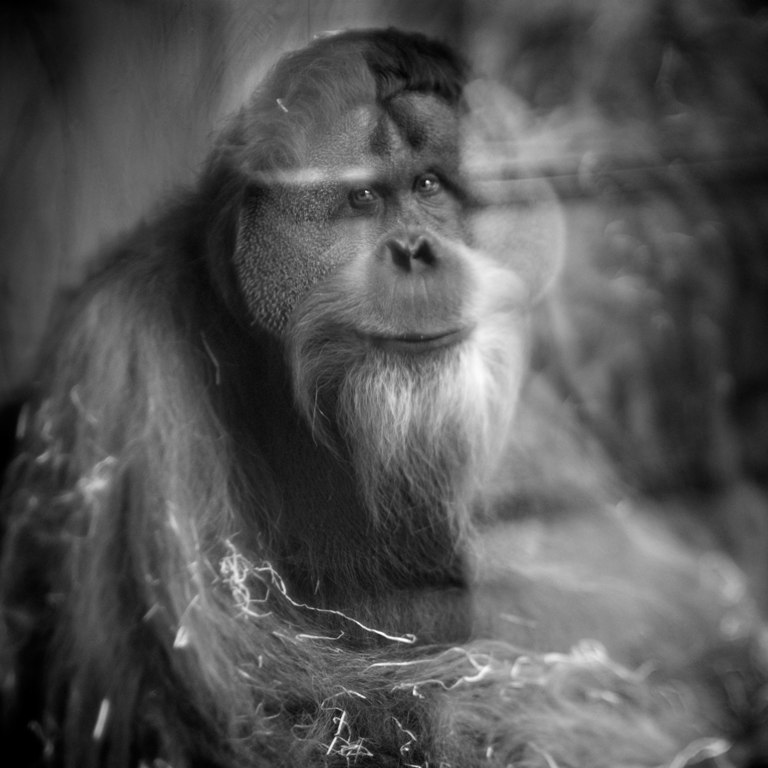 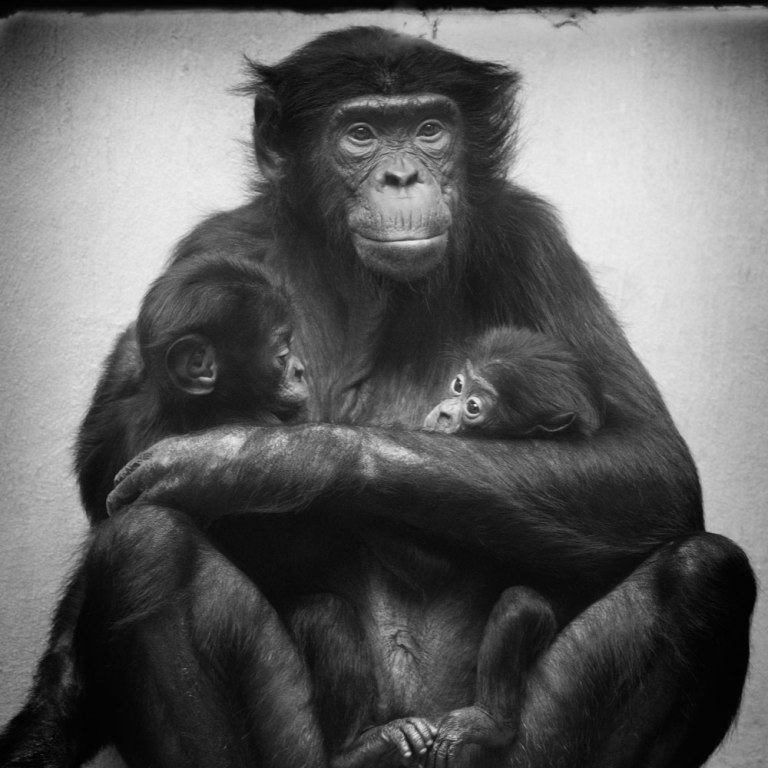 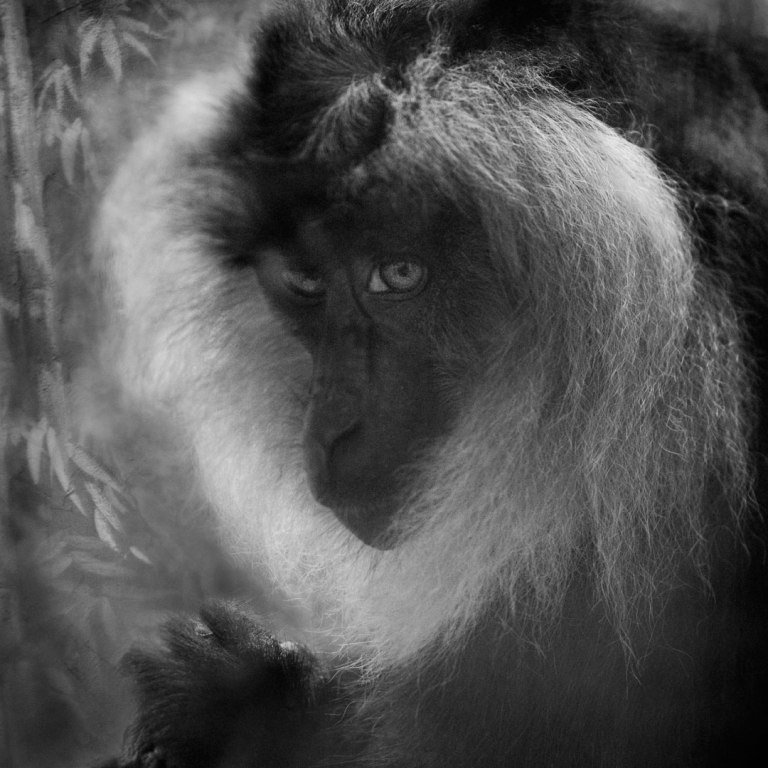 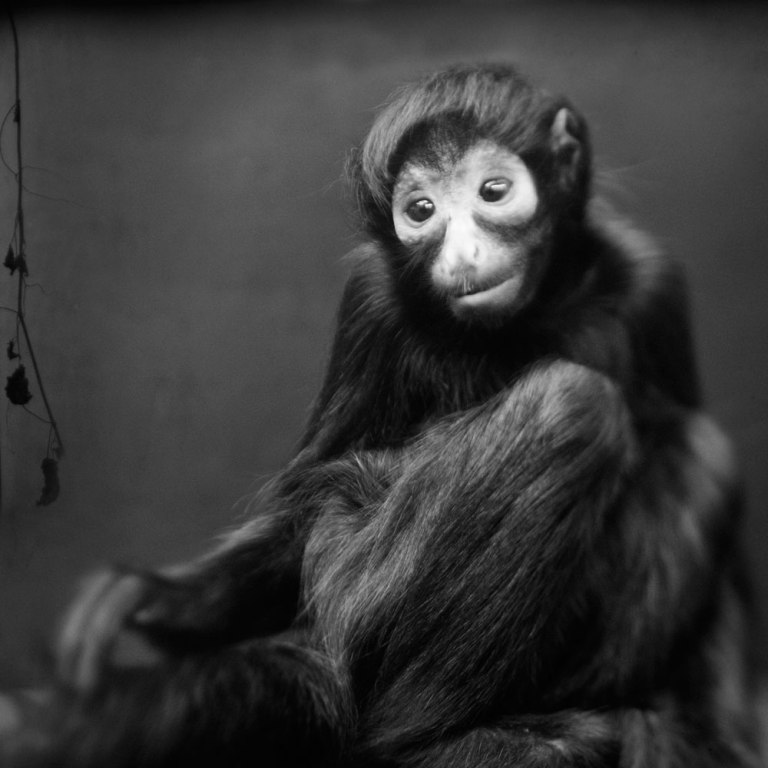 To view more photographs from “Behind the Glass” and other collections, please visit Berry’s website. You can also check her out on Facebook.