This is So Wrong! Animals You Didn’t Know You Could Have As Pets 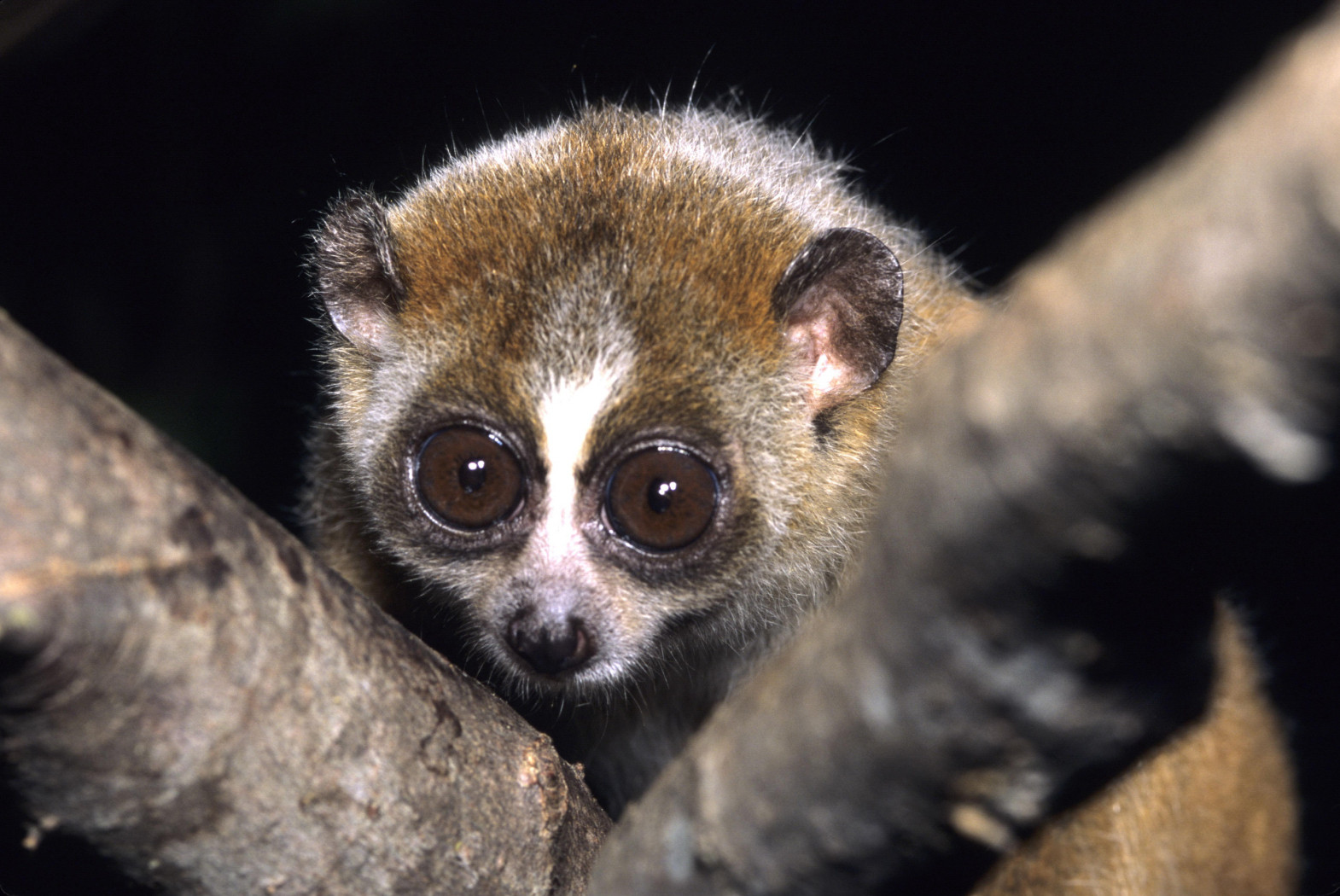 Any human being who has experienced the joy of sharing their home with a companion animal knows that they can be our greatest teachers in life. Pet animals have, on countless occasions, shown their humans how to love unconditionally, made them laugh, and even rescued them from death.

However, did you know that there is a pernicious worldwide trade in endangered and exotic pets, where these creatures can be purchased for thousands of dollars?

One U.S-based website, ExoticAnimalsforSale.net, offers potential customers a selection of threatened, endangered, or soon-to-be endangered animals such as capuchin monkeys, kinkajous, and marmosets. Nowhere on the site does it mention where – or how – these animals were sourced.

“Exotic animal” fans claim to love their animals and treat them well, and this may indeed be the case for some, who have successfully convinced themselves that there is no real difference between owning – for example – a critically endangered slow loris or a Golden Labrador.

Let’s take a look at some of the most popular exotic pets on the market today, and see how they fare as a result of being coveted by these exotic animal fans. 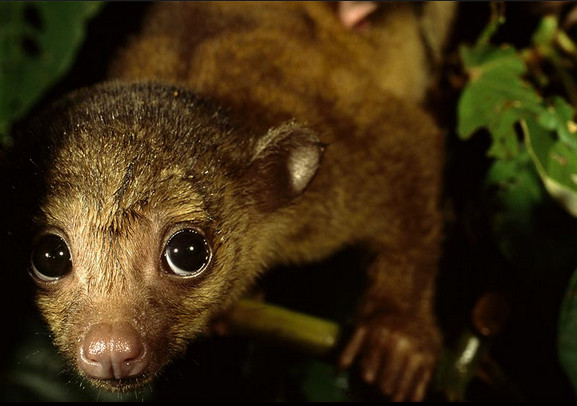 These animals are native to Central and Southern America, with territories ranging from Mexico to Bolivia. They are currently threatened by increased deforestation and human encroachment on their territories – so surely the last thing they need is to be sought after by impulsive celebrities who have no idea how to care for them properly. However, this was the fate of Paris Hilton’s pet kinkajou Baby Luv, who famously bit her arm at a Hollywood party back in 2005 – a cry for help, perhaps? 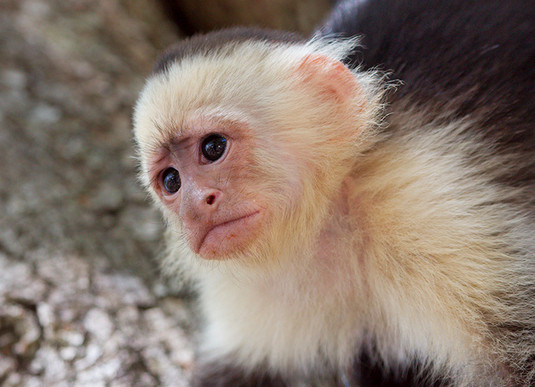 Like the kinkajou, these critically endangered animals are all too often sought after as status symbols by celebrities. One notable example was Justin Bieber’s pet capuchin Mally, who was confiscated by German authorities in Munich airport last year when the star could not provide them with paperwork showing the monkey’s origin and vaccination records.

Capuchin monkeys are a popular choice among “exotic animal” fans. However, they are highly social animals, and no matter how caring or attentive their human owners may imagine themselves to be, the sad fact of the matter is that for these monkeys, nothing can compare to being with their family. 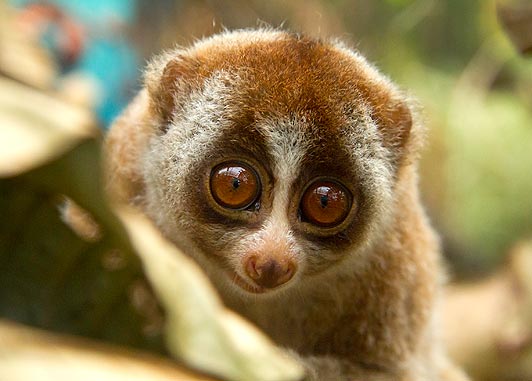 Slow lorises have been targeted by the exotic pet trade in recent years because of their undeniable cuteness (as demonstrated in the well-known YouTube video “Tickling Slow Loris”). Sadly, the procurement of these animals for the trade frequently involves tearing them away from their families and removing their teeth so that they do not bite their new owners – not to mention the fact that for every slow loris who is successfully captured and delivered to their new owners, many more die in the process.

In order to aid the conservation of these animals, Prof. Anna Nekaris, a primatologist with Oxford University in the U.K., has launched an education and advocacy website called the Little Fireface Project (named after the literal translation of the Sundanese term for slow loris). Check it out for more information! 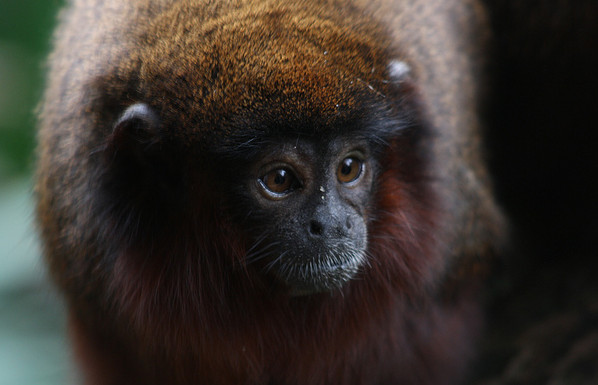 There are several subspecies of the titi monkey. The IUCN has classified some of them as being of “least concern,” while others – such as the Blond Titi Monkey – are considered critically endangered. They are native to Central and Southern America, and have been aggressively targeted by the pet trade in recent years, sometimes reaching prices of up to $1,000 on exotic animal websites.

In 2010, a spotlight was thrown on the plight of these monkeys when 38-year-old Roberto Cabrera was charged with smuggling eighteen of them into Mexico City airport. Each of the six-inch animals were secreted in small sacks and hidden beneath his clothing. By the time customs officials detained him, two of the monkeys had already died in these conditions. 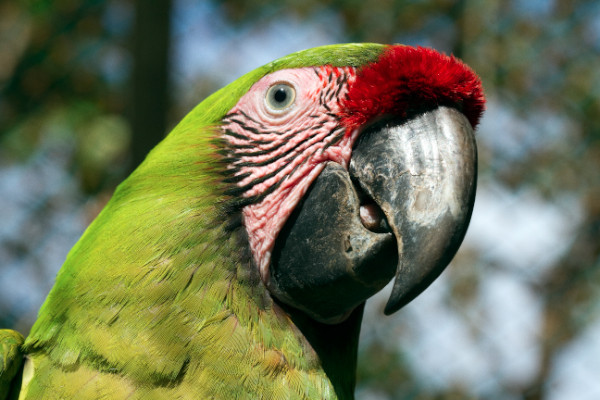 These majestic parrots – another South American species classified as “endangered” by the IUCN – have also been aggressively targeted by the pet trade, with the result of their total population in the wild now standing at a mere 2,500 mature individuals. Other threats include banana plantations, cattle-ranching, and logging, all of which have served to dwindle their natural deciduous rainforest habitat in countries such as Costa Rica, Ecuador, Colombia, and Nicaragua. 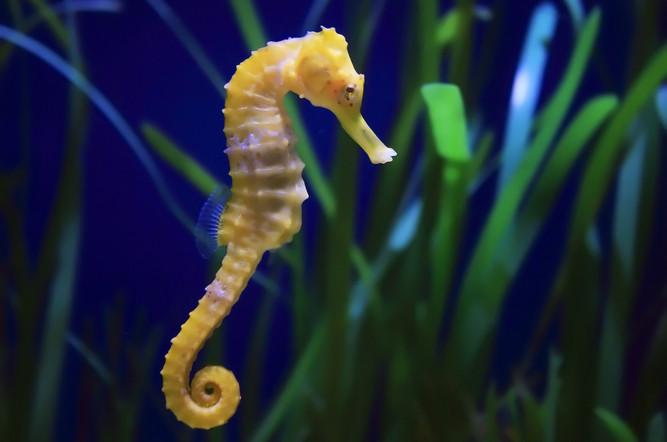 According to SeaHorse Hawaii – an organization that works to “educate, inspire and empower people to become better stewards of our oceans” – the wild Hawaiian Reef seahorse has now become so rare “that it is rarely seen by anyone.” They cite the pet trade as a major factor behind this decline – with good reason.

The SeaHorse Trust says that “the pet trade takes an estimated one million seahorses from the wild (every year) and it is thought that less than 1,000 survive more than six weeks, very often suffering a slow and possibly painful death.” The curio and souvenir trade in these animals is even worse, as it involves capturing them and leaving them to die in the boiling sun, so that they can be dried and sold as souvenirs to gullible tourists, as “sad and sorrowful reminders of once beautiful creatures.” 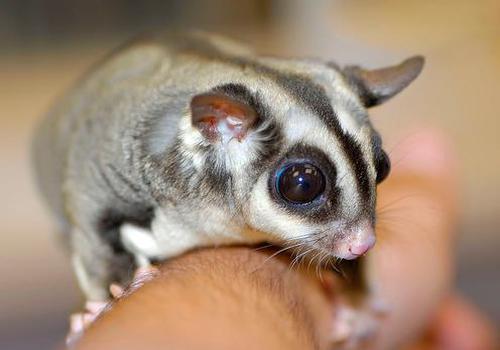 These pocket-sized marsupials are native to Australia, Indonesia, and Papua New Guinea. They have become popular pets in recent years, fetching prices of up to $350 online. Although the IUCN has classified them as being of “least concern,” the procurement of these animals by the pet trade often involves great cruelty. In their investigative video on this subject, PETA states that due to traumatic overcrowding during the transportation process, many of these animals end up being mauled or suffocated to death.