How Our Obsession With Pocket Pets Fuels the Exotic Pet Trade 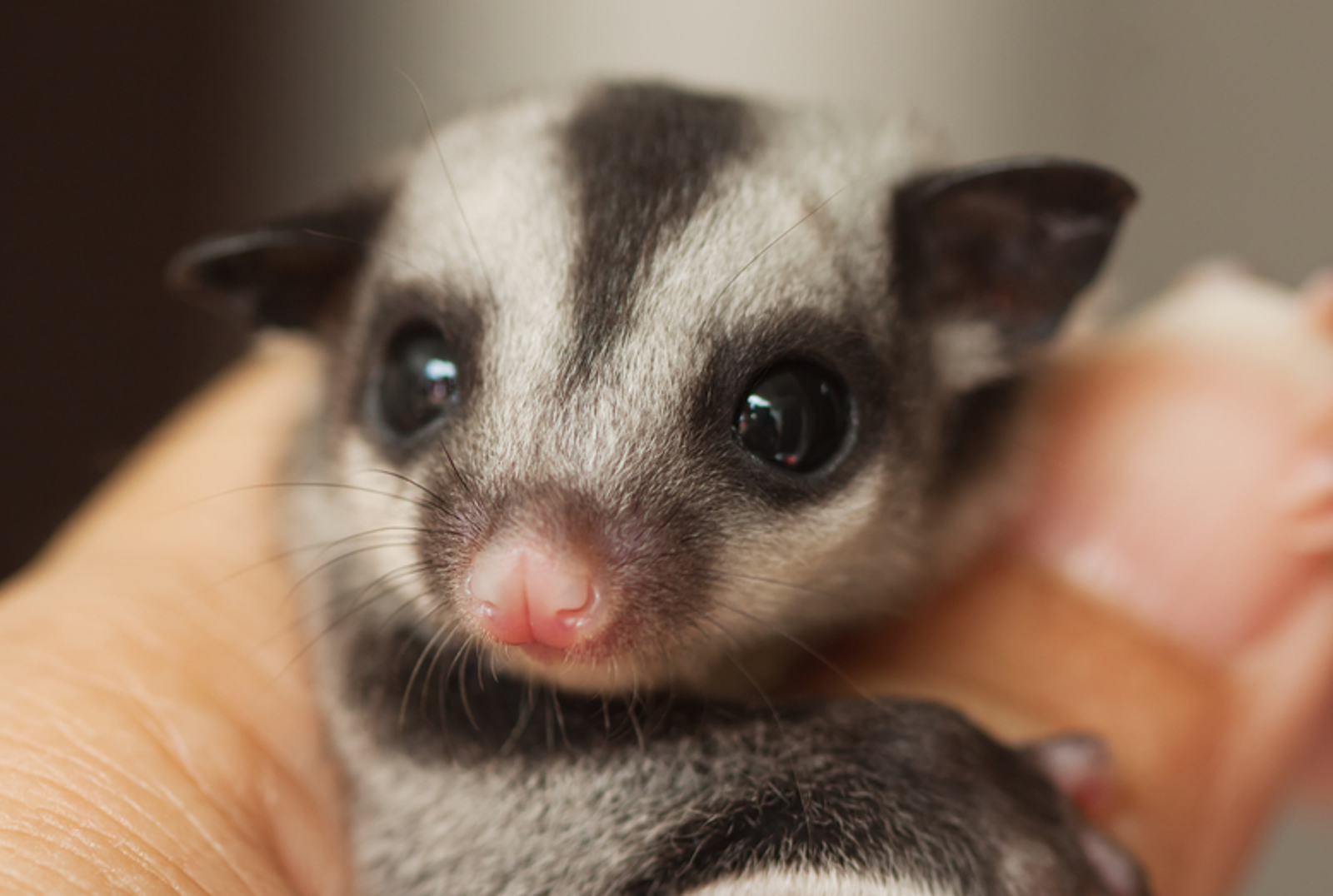 Who doesn’t love a cute, furry animal? Most of us can recall having at least one small pet as a child, whether it was a hamster, Guinea pig, mouse or rat. We were entertained by watching them run on a little wheel or navigate their way through a maze of tunnels we had carefully constructed. Having them in our care brought a smile to our face, though our little furry pets were probably anything but happy.

Pocket pets, which get their name because they are small enough to fit in a pocket or pouch, are still a popular choice for adults and children. But now in addition to your standard hamsters and mice, you’ll find a limitless supply of exotic pocket pets for sale, either in pet stores or online. Viral videos like those of a slow loris being tickled or a sugar glider peering out from inside someone’s pocket flood social media, prompting people to rush out to purchase their own little video star.

Slow lorises and sugar gliders are two of the popular choices for exotic pocket pets. These pint-sized animals are cute, furry and have big eyes that make them look like a cartoon character. It’s no surprise that people find them ridiculously adorable, but just because an animal is cute doesn’t mean it should be a pet.

In order to keep up with demand, smugglers are taking thousands of animals from the wild and transporting them illegally so they can be sold to the highest bidder. Exotic animals are also kept in captivity, where they’re bred in an effort to keep up with increasing demands. It’s a lucrative market for those involved in the smuggling and sale of exotics, but it’s the animals who pay the ultimate price.

Behind the Scenes of the Exotic Pet Trade

The exotic pet trade is a greed-fueled, multibillion-dollar industry that has been placed in the same ranks as illegal drugs and firearms.  Smugglers steal animals from the wild, often taking babies from their mothers, then using any method possible to get the animals to their destination without getting caught. The majority of smuggled animals die in transit due to being stuffed into suitcases, strapped under clothing, even stuffed into water bottles and other containers. And since animals aren’t usually fed or watered during transit to prevent detection, those who don’t die often suffer from dehydration and starvation.

These amazing creatures endure an immense amount of pain and suffering that doesn’t stop once they reach their destination. Slow lorises, who have a venomous bite that can be deadly, have their teeth barbarically clipped off prior to being sold; it’s a painful process that can result in infection or death from blood loss. Exotics are also kept in cramped cages and makeshift enclosures until they can be sold, exposing them to disease and preventing them from exhibiting natural behaviors.

The majority of pocket pets are impulse purchases, with people neglecting to consider the time, care, and expense associated with having an exotic animal. Exotics have special and complex diets that can be difficult, if not impossible to replicate in your home. So instead, people feed them prepared foods that negatively impact their health. The belief that exotic pocket pets can be easily domesticated is also dangerous. Though small, they can still pose a danger to humans. Not only that, we are literally traumatizing these animals by isolating them and treating them like a toy instead of a living being.

When animals aren’t properly taken care of, they can become sick or even die. And while the excitement of having a new, trendy pet can be fun, the novelty soon wears off and animals often end up abandoned or dying from lack of proper care.

Taking these animals from the wild for our own enjoyment is driving them toward extinction, which not only eliminates a species but puts others in danger by disrupting delicate ecosystems. Exotic animals belong in the wild, there’s no way an animal can be happy living in our pocket or stuck alone in a cage for endless hours.

The fight to end the exotic pet trade has reached a global scale, with CITES working to increase regulation of the industry and the prosecution of those who are caught. There are also a few simple things we can do to educate the public and make people think twice before purchasing an exotic pet.