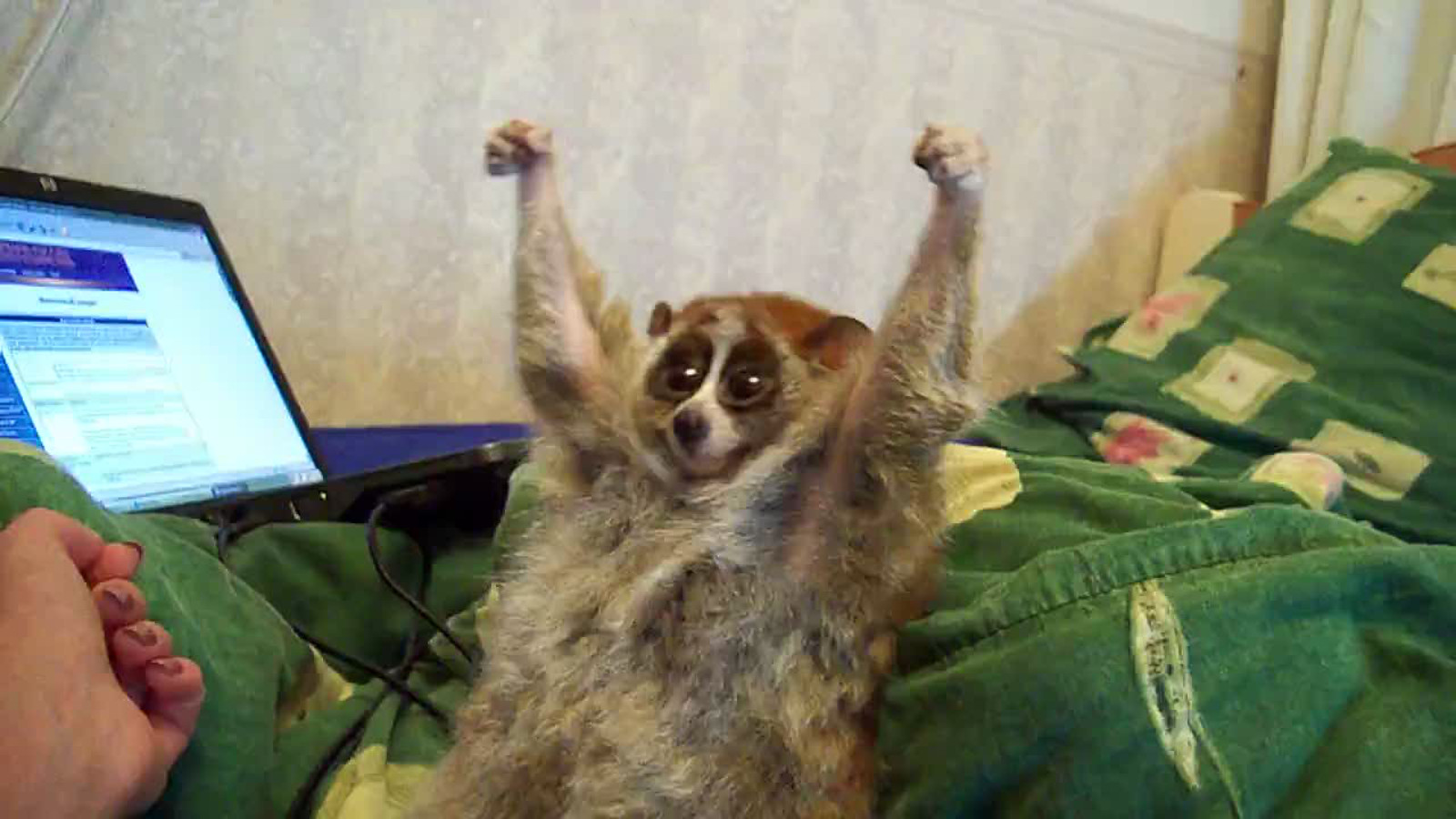 Social media has given rise to an entirely new side of the wildlife trade. Don’t get us wrong, there have always been individuals who have owned wild animals, but in the past, those who sought to purchase wild animals did so with discretion and didn’t instead publicize it all over the internet. With these images, videos, GIFs, and other forms of viral postings, it can make it seem acceptable, or even normal, to keep a wild animal in your home. The truth is, owning an exotic pet is a dangerous trend for many animal species.

Instagram and Facebook are inundated with celebrities and social media starlets posting cute selfies with wild animals and accounts that solely post seemingly cute videos of exotic pets are increasingly popular. Other users have begun to utilize their social media platforms to promote exotic pet ownership, whether intentional or not, and garner thousands of adoring followers in the process. Researchers say that the popularity of these images and videos of exotic animals portrayed at pets help to perpetrate widespread neglect of exotic animals that people would otherwise never have contact with.

A report compiled by the Blue Cross pet charity and the Born Free Foundation from just six websites discovered 25,000 adverts offering more than 120 types of exotic animal for sale. We could argue until we turned blue in the face that wild animals simply don’t belong in captivity or that specialty inbred pets, like hybrid wild cats, are prone to a number of health problems, but there’s more to it than that.

Owners generally lack the experience and knowledge to provide these animals with appropriate care, which leads to widespread neglect. Wild animals have strict dietary needs and suffer in captivity when those needs are not met. Adequate space, appropriate climate, and stimulation are all essential to their well-being, something that many owners in suburban neighborhoods are incapable of providing.

Here are three examples of exotic “trend” animals that just shouldn’t be pets: 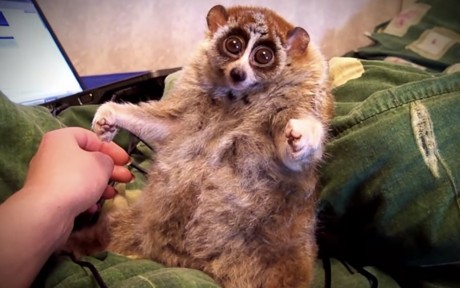 These small nocturnal primates are one of the more popular primate pets. Viral videos of these animals have been circulating the internet for the past few years with millions of users taking note of just how cute these animals are. Already endangered in the wild, these posts perpetuate the slow loris suffering as consumer demand plays a pivotal role in the number being ripped from their families and taken from the wild.

Unfortunately their journey to the U.S., or any other country, is rife with pain and suffering. To prepare them for transport slow lorises are shoved into plastic crates and bags; their teeth are painfully clipped with no anesthesia, no aftercare, no medicine, and sadly, many die in the process. They are deprived of food, water or any of their basic needs. In addition to their individual suffering, the slow loris pet trade is a major threat to their species. All eight species of slow lorises are considered “threatened” and the Javan slow loris is one of the 25 most endangered primates worldwide. When you see someone posting a video of a loris getting tickled, or a celebrity using these animals for a stunt, know that these images aren’t cute or admirable – they’re cruel. 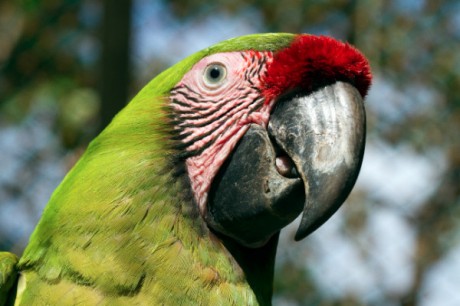 The exotic bird trade runs rampant. In fact, birds represent the largest group of captive wild animals in U.S. homes. But even before these beautiful animals make it into someone’s home, they go through days of torment to get there.

Despite protections from the WBCA and the Endangered Species Act, millions of wild birds are still illegally smuggled across the border and traded on the black market.  The Animal Law Coalition explains that parrots have been found hidden away in everything from toothpaste tubes, stockings, and toilet paper tubes to glove compartments, tire wells, and hubcaps. They are often drugged or given alcohol to keep them as quiet as possible during the trip. In some cases, birds have been reported to have their beaks taped shut. Because of these conditions, 60 percent of these birds don’t make it to their destination alive, which means smugglers have to capture about four times as many birds than they will sell to make up for the mortalities. This has severely impacted wild bird populations, and now, nearly one-third of all parrot species are under threat of extinction.

Sadly, the trauma and stress doesn’t end once the birds reach their destination. Purchasing an exotic bird, such as a Macaw, is a lifelong commitment – we’re not kidding, these animals can live to be 90 years old but average around 50 years – but because people have little understanding of how high maintenance these animals are, owners often wind up abandoning or surrendering them. 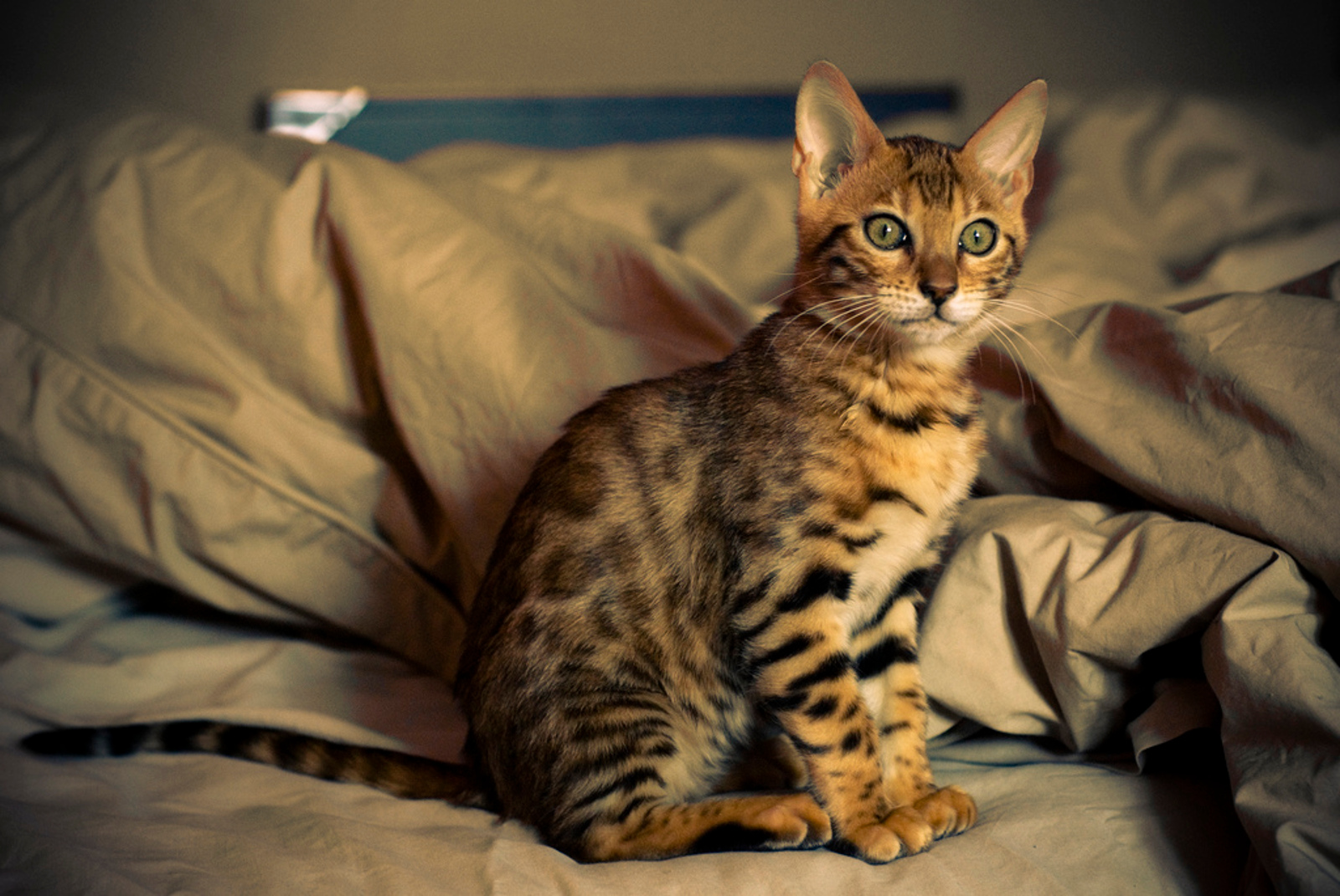 Servals (and other wild cats) are often bred with house cats and sold as “domestic” hybrid cats. While a young serval or serval-mix (Savannah cats) may be manageable, their wildness is on full display as they grow. Many people purchase these cats through breeders, believing that they will be able to raise them as any other cat by giving them a litter box, a cat bed and going on their merry way.  That is until these wild animals start to get a little older, and become, you know – wild! Just because these animals have been crossed with a domestic cat does not mean that they are domestic house cats.

Naturally, these wild cats spray to mark their territory, sometimes bite, and are much more demanding than a typical house cat. Don’t believe it? Here are some stories from hybrid cat owners who had no idea what they were getting into. In addition, servals and other hybrid cats have special dietary needs that are far more specific than a can of cat food (and more expensive!) – plus, they require enough space to roam freely. Unlike domestic house cats, many servals won’t be content simply laying around all day.

Sadly, because of ill-prepared owners, many wild and hybrid cats that are sold as pets are eventually surrendered or neglected. What’s worse is that many of these hybrid animals are created from threatened or endangered species. Instead of capturing these animals from the wild to create hybrid versions of them for profit, we should be helping to save them and protect their wild habitats. Besides, with 3.4 million homeless cats in shelters all across the U.S., there’s really no reason to create new ones at all. If you’re looking to bring a cat into your life, consider adopting one from your local shelter.

As consumers, we forget that our actions have consequences, but when the lives of animals are at risk, we need to think before buying.  Whether you purchase an animal that comes from the illegal wildlife trade or one that has been bred in captivity, the fact remains that these animals deserve more than being kept in captivity as pets.

The next time you see a video of an exotic animal being kept as a pet, think twice before liking or sharing it. Instead, share photos and videos of these incredible wild animals running free in the wild, where they belong.