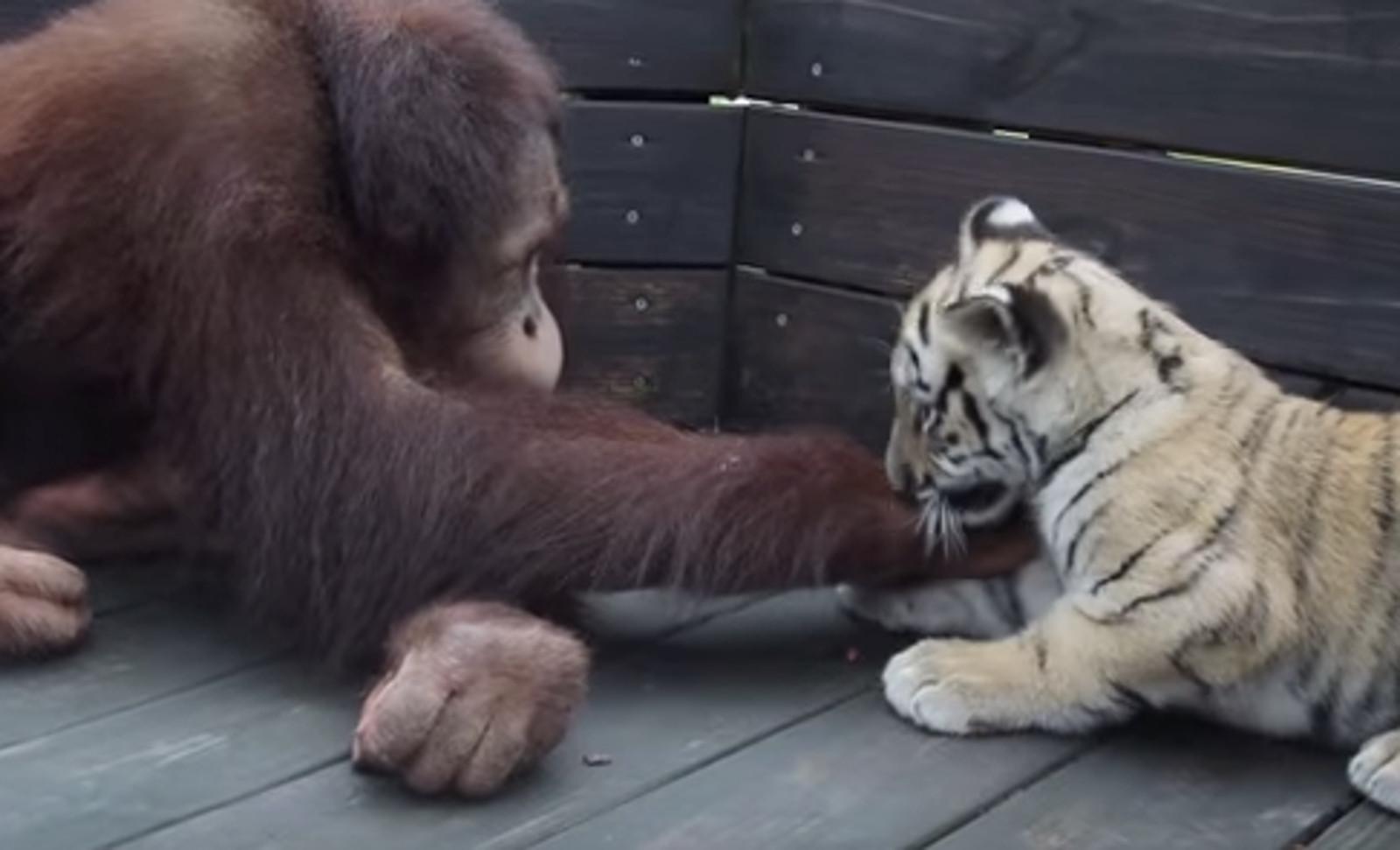 It seems like almost every week a video of a wild animal goes viral that winds up flooding our Facebook, Twitter and Instagram feeds. Typically, these videos get thousands of users commenting on how cute and adorable the animal is, but very few stop to question the circumstances that lead to these animals being the stars of a viral video and at what cost it might have come to them.

Underneath the innocent façade presented by those who film these videos is often a trail of severe abuse and neglect. A number of studies suggest a large majority of wild animals in captivity suffer from zoochosis, a term coined in the early 1990s to describe the abnormal behaviors exhibited by captive animals. In some cases, the psychological impact that captivity has on wild animals is regulated by administering psychoactive drugs, like in the case of the orca whales at SeaWorld. In others, the animals are left to pace and bob their heads, and these unusual actions are played off by their trainers as signs of “excitement” or happiness.

Sadly, when we see the video of an animal exhibiting such behaviors  being shared all over the Internet, without any other context or information, it can be easy to accept these behaviors as normal or even cute. Take for example, a video of an elephant bobbing and swaying its head – without any context, it might just look like they’re dancing, but in reality, they’re probably suffering from deep mental distress. It is up to us as Green Monsters to put an end to this sort of misunderstanding and empower others to stand up for animals who are suffering in captivity.

The following are just a few of many examples of videos that appear to be “cute” but actually depict the sad consequences of captivity.

This video of an Asiatic Black Bear went viral in May 2015, with more than a million views on YouTube to date. Like many of the viral videos of wild animals, this bear walking on its hind legs displayed a human-like quality that users initially praised for being unique and adorable.

Sadly, in reality, the bear in question was likely raised on a bear bile farm. His disproportionate body weight is thought to have been caused by life in a “crush cage,” a small wire enclosure where bears used for this industry are confined for their entire lives. These cages are designed to keep the bears from moving while their bile fluid is painfully extracted.

His dangerously low body weight enables his spine to support his body on only two legs, and according to the Holiztic Vet, the act of walking on his hind legs likely developed out of a need to beg for food.

While this video was shared as being a cute, unusual phenomenon, in actuality it shows the sad portrayal of an animal who was raised for the sake of human profit and greed. The good news is that this beat is now being cared for at a sanctuary, but that does not undo the suffering he’s faced in his life.


Isn’t this video just too unbelievably cute?! (Emphasis on the unbelievable.) This viral video comes from T.I.G.E.R.S (Myrtle Beach Safari) and features a captive orangutan and several young tigers. While the video itself appears to be harmless, with all of the animals in question looking physically healthy upon first glance, there is more to the story.
Advertisement

Notorious for the exploitation of tiger cubs, T.I.G.E.R.S operates two separate facilities in Myrtle Beach, South Carolina.  The T.I.G.E.R.S facility has managed to justify the breeding of their animals in captivity to the public by insisting donations and profits go towards conservation efforts of wild species. Incidentally, there is very little information to corroborate where the facility has donated to conservation, and yet the breeding and exploitation continues.

The more likely truth is that the group of baby tigers in this video were taken from their mothers at an extremely young age and trained via cruel methods like repeated beating and starvation to be submissive to humans. To make matters worse, both tigers and orangutans are greatly endangered in the wild and this portrayal of captive baby tigers and an orangutan further drives the demand of the illegal wildlife trade. If more people want to pay to see cute cubs and orangutans, like these, then more will be poached from the wild and brought to places like T.I.G.E.R.S, and the vicious cycle continues.

This video first went viral a few years back, but it seems like at least once a year it makes the rounds again on social media. An endangered animal, the Slow Loris featured in the video appears to be smiling and happy as it’s being tickled. Yet, a statement released by the International Animal Rescue suggests the animals response is a fearful posture, meant to protect itself by exposing the venomous gland inside its elbow.

Perhaps even more alarming, a study released by primatologist Anna Nekaris, found that viral videos of wild animals such as the Slow Loris being tickled perpetuate the growing wildlife trade and the video may be responsible for an increase in the number of Slow Loris’ being trafficked as exotic pets.

Once you know the truth, it is your duty to share it. Always be sure to question the cuteness of the videos you see featuring wild animals as they may hide a dark truth. We post many videos featuring wild animals here on One Green Planet, however, it is always done for the sake of education over entertainment. By using these viral videos to share the truth about how animals are treated in captivity, we can help to change how  others think about the videos they watch.
Here are a few things we keep in mind when sharing any videos featuring exotic animals:
Remember, no animal should have to suffer for the sake of our entertainment.
Lead image source: YouTube
Advertisement
Advertisement