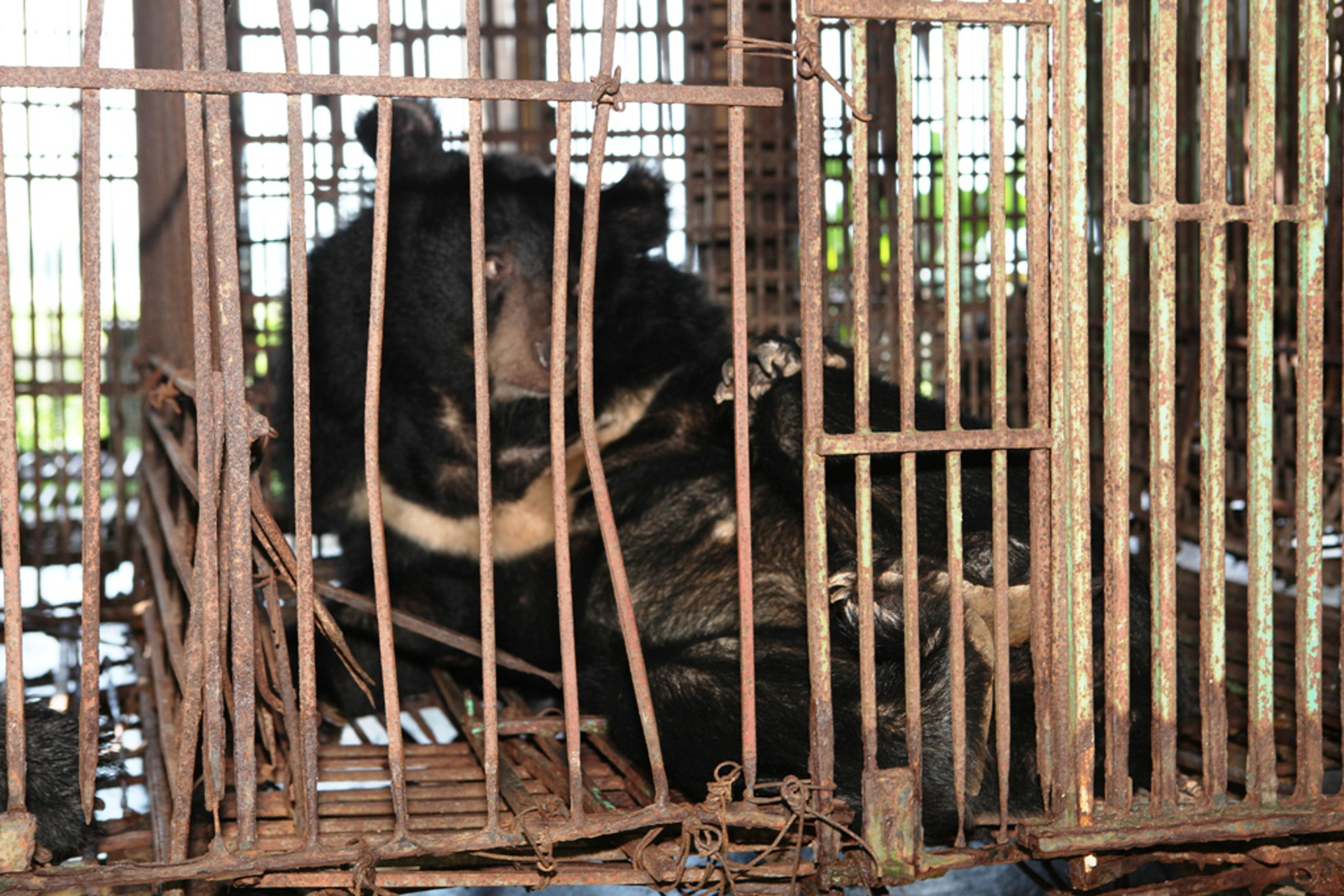 Bear bile farming is such a complex issue that there is no one answer for why it persists. But for me there are two key issues: the imperfection of the law, and continued demand.

When you introduce a law – in any country – it’s never perfect. There are always loopholes that need amending. It’s the nature of laws and Vietnam is no different.

Bear bile farming technically became illegal in 1992 when Ministry of Forestry approval became necessary to keep bears. In 2002, bears came under CITES group I, making their exploitation strictly illegal. However it wasn’t until 2005 that the first species-specific regulations were enacted. This regulation made bear bile farming explicitly illegal, but allowed farmers to keep their bears as long as the bears were microchipped and the farmer had signed a declaration to never again extract bile. 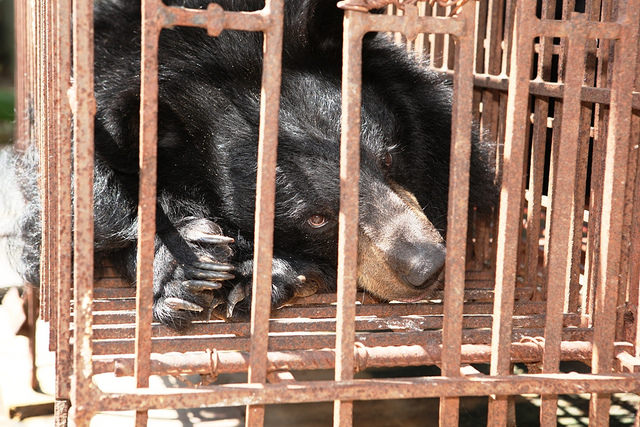 Behind the Doors of Bile Farms

The problem of course is that no-one knows what goes on behind closed doors. The farmers argue that they now keep the bears as pets, but in reality the upkeep of a bear is very expensive and difficult to pay for without extracting bile.

As long as the grey area of ownership exists, new bears will continue to be trafficked and suffer bile extraction.

We see evidence of this in the number of trafficked cubs we receive. Many of those discovered in the north may be destined for the Chinese market, but they are found all over the country implying that they are also destined for domestic farms.

A further issue is that it’s incredibly hard to prove to the satisfaction of the law that a farmer is extracting bile. Evidence of extraction is not enough – the farmer must be caught red-handed removing the bile. 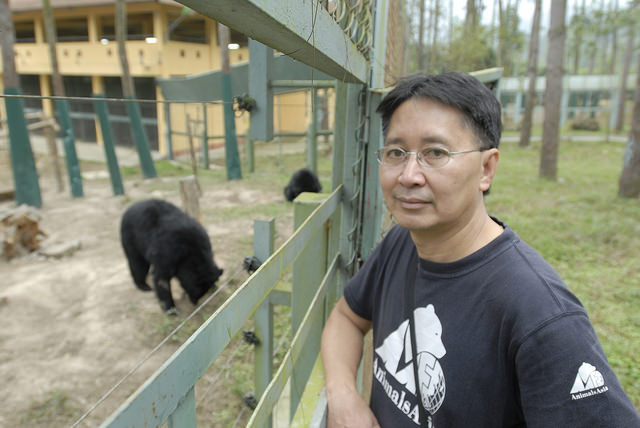 In China, bear farming is done on an industrial scale, but in Vietnam it’s family operations – many of which have only one or two bears. In Hanoi itself there are about 220 bears that could be held on up to 100 farms. How can the provincial Forest Protection Departments possibly monitor them all to catch farmers in the act?

This department isn’t only responsible for bear bile – they have to manage all wildlife issues and illegal logging. Anything to do with forest products is under their jurisdiction.

Even in clear-cut cases where the farmer has been caught extracting the bile, successful prosecution can be difficult.

In Vietnam, landmark court rulings do not set precedents for future use of the law. Instead, the wording of the law is open to re-interpretation in each individual case.

In 2009, a bear bile farmer escaped the closure of his farm and jail time when the finer wording of the law was creatively interpreted. In the case, it was argued that bear bile isn’t part of a bear, but is merely like blood, saliva or urine.

In Vietnamese law, if the wording isn’t specific then there is wriggle room. The law can’t list every potential animal product – it’s not possible. So the wording remains general and open to interpretation during each and every case.

Work has begun on upgrading bear bile regulations to remove these loopholes and grey areas, but is a long way from completion. 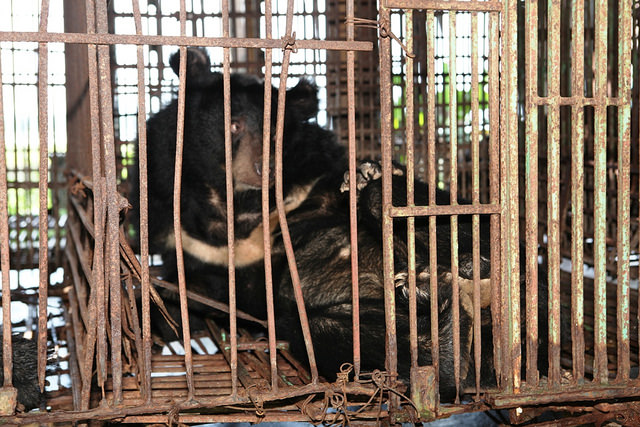 Yet even with the most copper-bottomed laws, bear bile wouldn’t be eradicated overnight. The greater issue is demand. In recent years, demand has decreased, but it’s still there. And as long as demand exists then bear farms will too.

That’s why we continue to work on education, raising public awareness and collaborating with traditional medicine practitioners.

In 2011, our survey found that 40% of traditional medicine practitioners prescribed bear bile – among an association of 60,000 members. We’re trying to get that number down, because if they continue to prescribe or recommend bear bile then extraction will exist no matter how good the law.

Unfortunately, a positive perception and attitude towards bear bile persists, and there is still a strong belief in its health benefits.

If bear bile was like heroin – in that it caused addiction and death and economic suffering to people – then the perception would be different. Both bear bile and heroin now come under the same banned category, but with bear bile, some still believe it to be helpful – so they can’t understand why it’s illegal. Many see bile extraction like taking blood – not particularly harmful to the bear.

This is why education is so vitally important. Nobody who has seen the reality of bear bile farming – the cruelty and the suffering and the long-term health effects – can argue that it is harmless. And once traditional medicine practitioners have been convinced by the efficiency of herbal and synthetic alternatives, they can pass this knowledge on to their patients, friends and colleagues.

The issue of bear bile farming can’t be solved with a top-down approach alone. We have to come at the problem from both sides, passing down strong regulation to eradicate the farms, while also building awareness from the bottom up. Only then will we see it consigned to the history books.