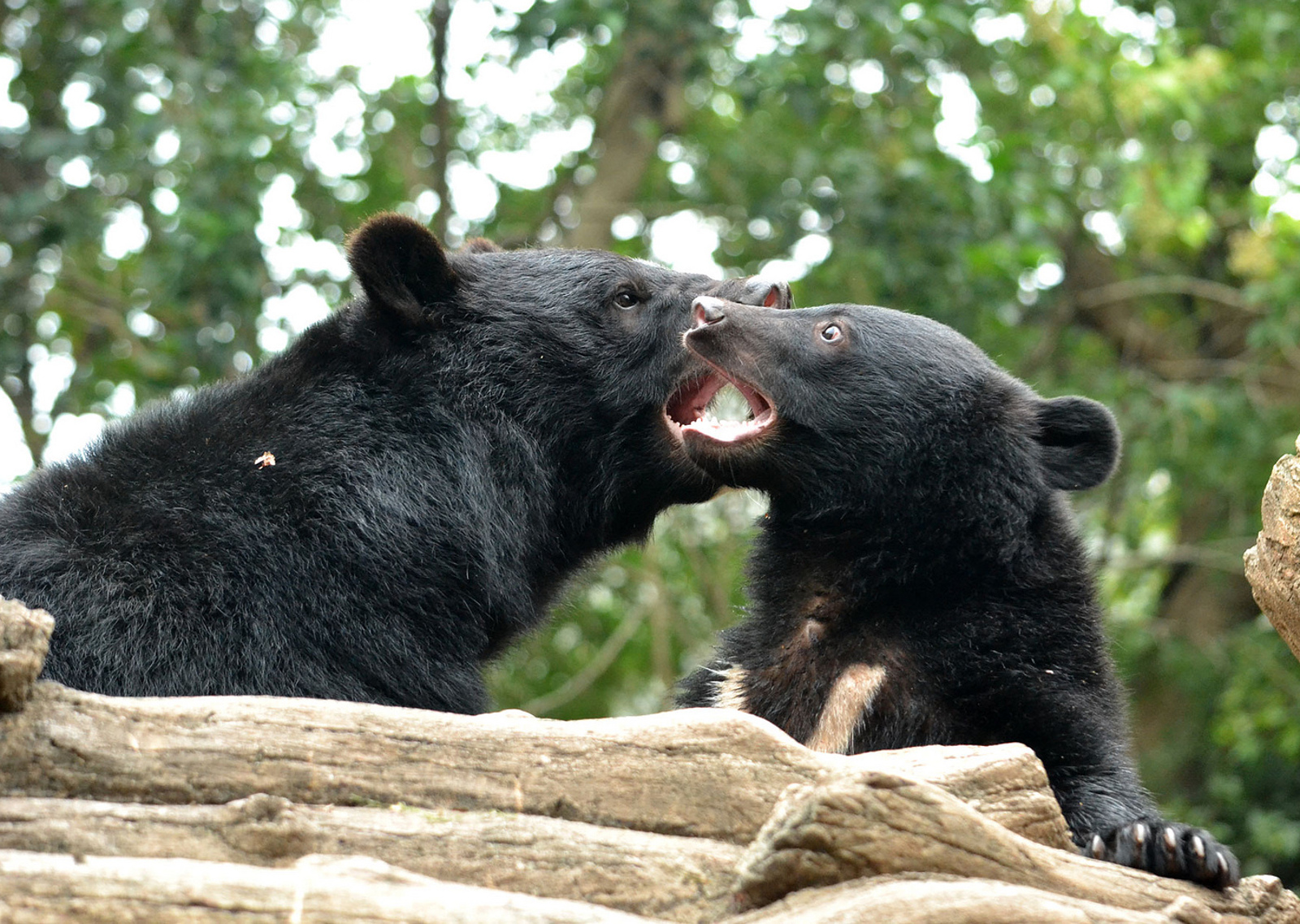 The commercial bear bile and paw trade is driving many of Asia’s most precious bear species to near extinction. This cruel and frankly, unusual, trade is driven by the traditional belief that bear bile has rare medicinal properties. Similar to shark fin soup, bear paw soup is thought to signify status and power – two things that should never have to come at the cost of the life of any animal, let alone one that is greatly endangered.

Bear bile is the liquid that is produced by the liver and is stored in the gall bladder. Bear bile has been used in traditional Chinese medicine for over 13 centuries  for pain relief, as a protective supplement for the liver, to aid in the dissolution of gall-stones, and as a cure for type-1 Diabetes. As you can probably guess, these “cures” are more myth than magic.

While the story of the moon bear’s interaction with humans is often one that ends in tragedy, this incredible story from Animals Asia is just the opposite. Literally fighting against time and oppressive heat, a team of veterinarians was able to save the lives of a group of  moon bears rescued from the Nanning Bear Farm in China.

Bears living on bile farms usually survive in deplorable conditions; this particular farm was no exception. After years of running a bile farm, the farmer running this particular operation had a change of heart, spurred by his daughter’s pleas to end the untold cruelty being shown to these bears.

Animals Asia has since taken over the property and rescued 130 moon bears from the premises. While this in itself is an incredible victory, the story of these bears does not end here. 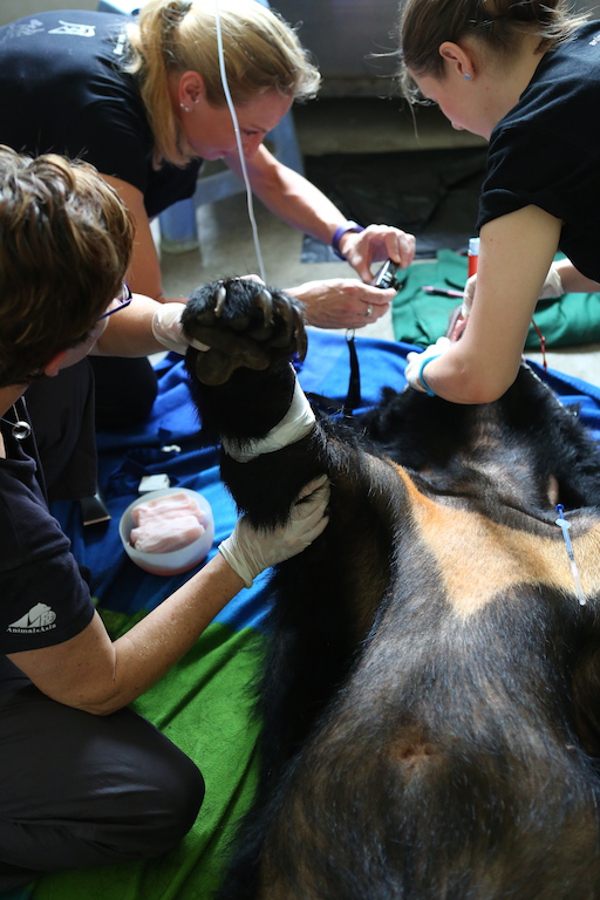 Vets on the scene saw bears with rotting paws, bears that had been declawed at the fingertip, teeth that had been cut all the way down to the bone or had been dissolved into pulp due to extreme dental problems. The poor health of the bears was also reflected in their coat and general physique. 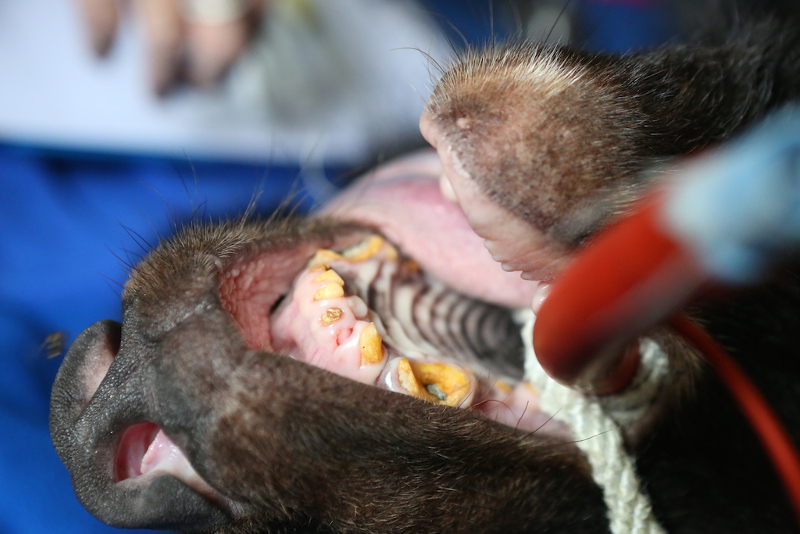 The amazing vet team worked seven-hour shifts, sometimes longer, for three days straight, to treat the bears taking only a short break to sip on some coffee or take a mouthful of rice and veggies, without even a proper operating table to use to tend to the bears. 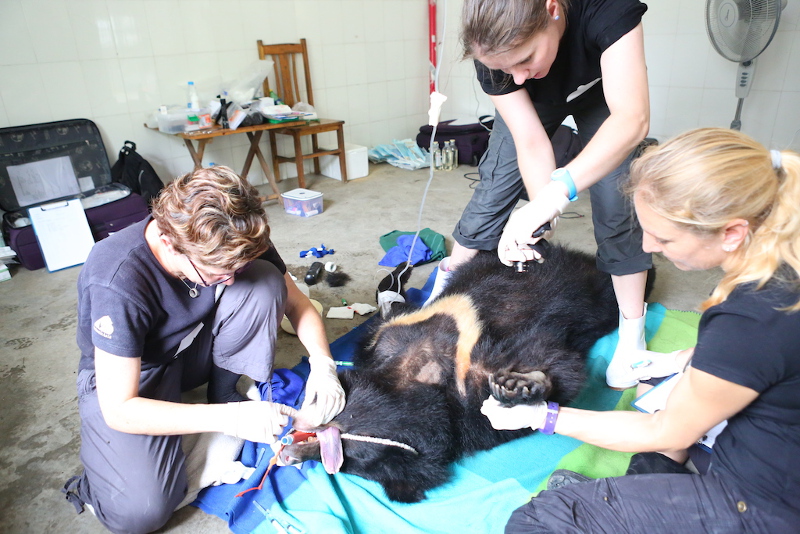 Crouched on the floor, the team worked through the heat and even in the dark when their back-up lights started to go after lengthy use. The sun sets around four in the afternoon in Nanning, adding yet another challenge to the team’s work. 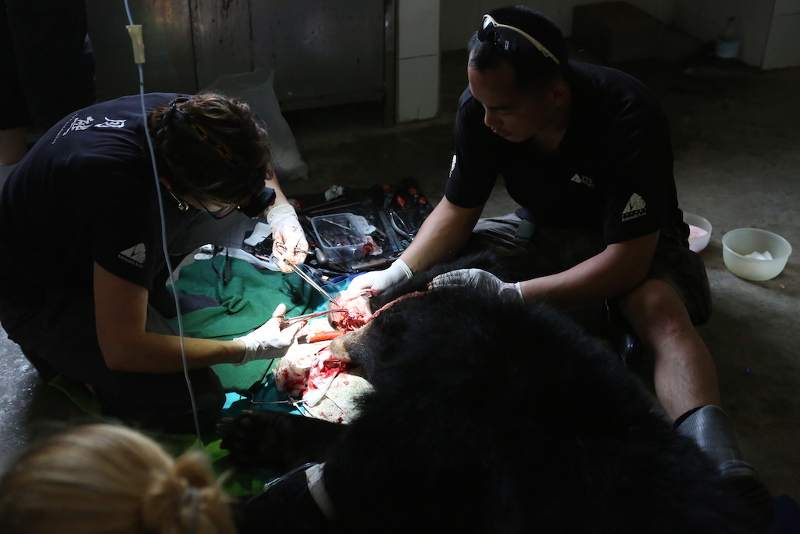 Jen Sawyer, one of the vet surgeons reflected on the experience, readily forgetting her aches and fatigue, “Anything that we have to endure in this process is miniscule compared to what the bears have endured for years. It’s nothing but joy to be able to do this. It’s got to be positive because we’re making steps forward. We’re starting the process of being able to heal them and transform their lives.” 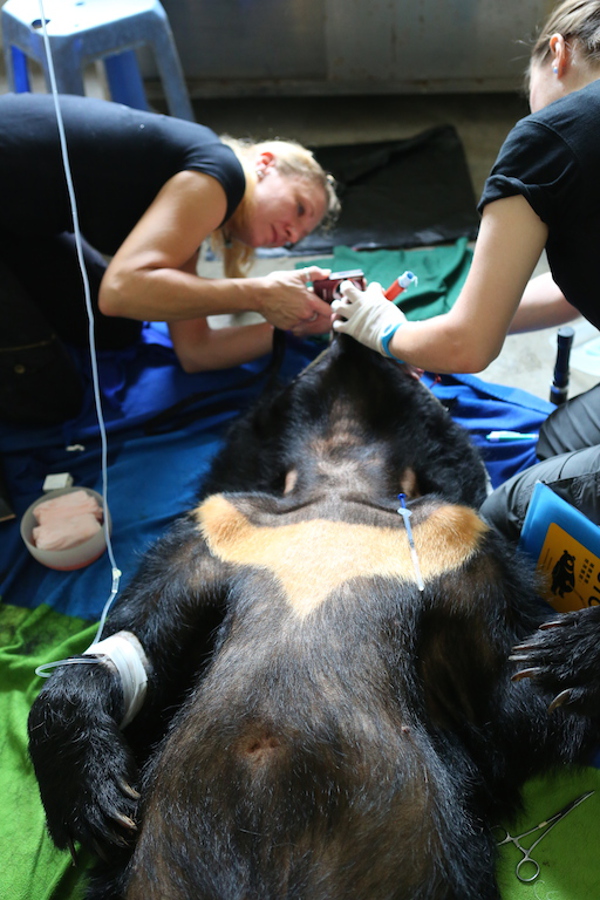 Some of the bear’s gall bladders needed to be removed as the result of strain from frequent extractions. One of the bears, Galaxy, was extremely thin and the team feared she may be suffering from liver cancer. As bile is extracted from the bears for the purpose of bolstering the livers of high-paying humans, liver cancer is a threat to the deprived moon bear. Thankfully, after an ultrasound, it was determined that she was tumor free and would recover her ailments with proper nourishment and care. 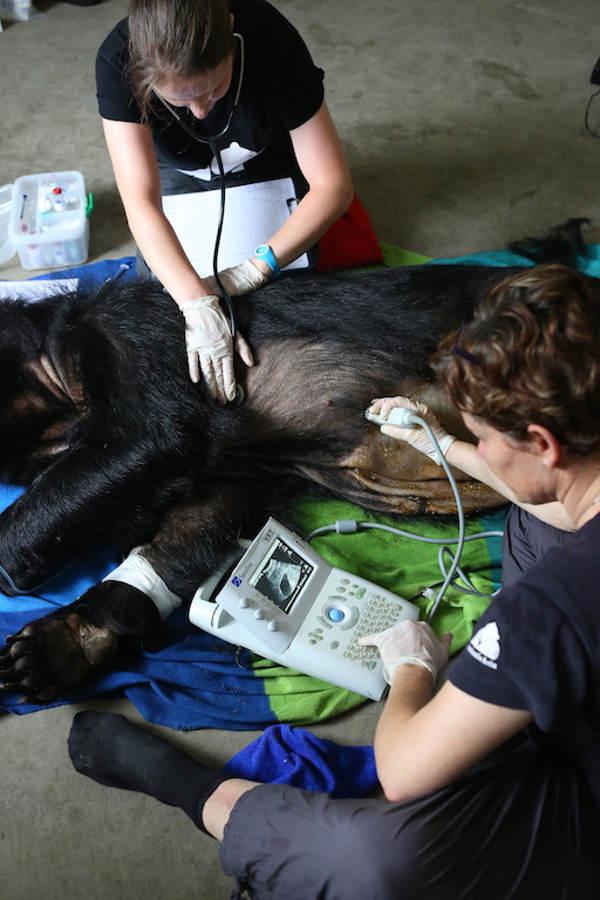 The team was able to note an improvement in the bears based on whether they were able to stand up the morning after receiving care. Bile extraction requires making incisions into the bear’s abdomen, a very painful practice. As the pain was gradually eased away from the ailing bears, they began to sleep and slowly stand.

The founder of Animals Asia, Jill Robinson, applauded the team, “These bears have been given new lives and we’re grateful that a bear farmer has not only allowed this to happen, but has encouraged it too. As the bears’ lives slowly improve due to surgery, better diets and professional care – a new sanctuary will evolve around them. We’ll give them all that we can.”

Animals Asia is working to turn the farm where these 130 moon bears were rescued into a sanctuary for the bears. Check out this video to watch the amazing progress these bears have made thanks to an unrelenting and caring team.

To learn more about Animals Asia, check out their Facebook page and website. To help them care for these wonderful moon bears, click here to find donation information.