This Stunning Photo Shows Us How All Lions Should Live

The endangered African Lion is one of the most majestic creatures on our planet. The king of the jungle, lions are the only cats that live in family units, and they have been revered throughout history for their courage and strength. Lions once roamed most of Africa and parts of Asia and Europe. However, today they are found only in parts of sub-Saharan Africa, except for one very small population of Asian lions that survives in India’s Gir Forest. There are just 30,000 lions left on our planet, and sadly, many of them are kept in captivity without any chance of freedom.

With so few lions left, it is shocking that people continue to hunt them. The killing of the beloved lion, Cecil, stunned the world, but Cecil was just one of more than thousands of lions that are killed every year, many of them in canned hunts. In canned hunts, lions are bred in captivity and then “released” into a closed pen just so that people can get a thrill by shooting them in short range.

The facilities that run these hunts claim that they are contributing to the conservation of the lion species by breeding these animals, but in reality, these animals are incredibly inbred and would, in fact, be extremely detrimental to the gene pool of wild populations. Not to mention, by raising these lions in captivity only so that hunters (the majority of which are Americans), can kill the animals isn’t exactly the spitting image of species protection.

In addition to this horrific industry, thousands of other lions and wild cats are held captive, either in the entertainment industry where they are often abused and neglected, such as in circuses, zoos, and parks. Or they’re captured from the wild and held in people’s backyards as exotic pets. In fact, there are more tigers in people’s backyards than there are in the wild! Don’t these animals deserve better?

This is how all lions should live. 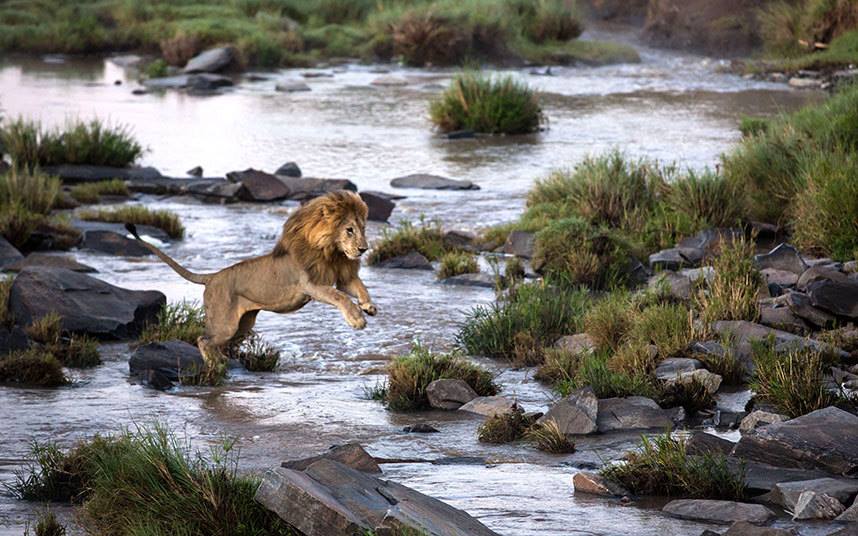 Between canned hunting, the exotic pet trade, and entertainment facilities, few lions have the chance to live the life that this lion does, while protected in Kenya’s Maasai Mara nature reserve. If we don’t act now and protect lions in the wild, scenes like this one above may only be seen in photographs.

Share this post and help raise awareness for the endangered lion. It is up to us to keep this amazing species wild and free!