Sometimes it can be hard to tell whether a video exploits animals. Even we had no idea that this baby elephant video was a form of exploitation upon posting, but were later enlightened with the help of our awesome Green Monster readers.

Unless you’ve studied wildlife extensively, you can’t determine if an animal is in a foreign environment or in distress just by watching a clip. Even the people responsible for shooting and posting the original video might have good intentions — some film what they think is a cute, interesting behavior without realizing that the animal on the other side of the lens needs help or doesn’t want to be filmed.

Animal lovers should think carefully before sharing the types of videos listed below. Though they may seem funny and cute, they could actually be playing a role in exploiting and hurting animals. 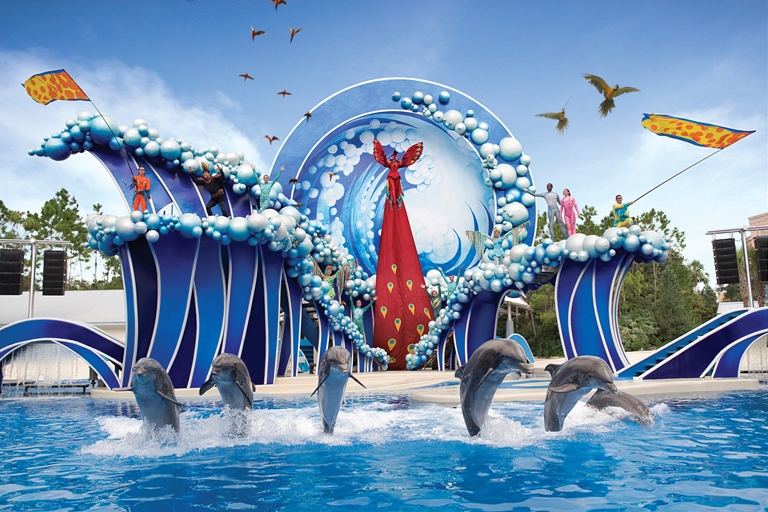 Animals are fun to watch wherever they are, and marine parks, roadside zoos and swim-with-dolphins programs take advantage of their charisma without considering their emotional and physical well-being. Dolphins and orcas held captive in marine attractions have shorter life expectancies, may be drugged and lash out against their trainers and innocent observers. Roadside zoos are unregulated and may deny their animals even the most basic comforts and veterinary care.

Supporting videos that advertise and glorify animals in captivity encourages viewers to visit similar establishments and enables bad businesses. Of course, it’s fine to share documentaries and news videos that tell the truth about animals in captivity, but for an uplifting alternative, try videos like this one that celebrate animals rescued from captive situations. 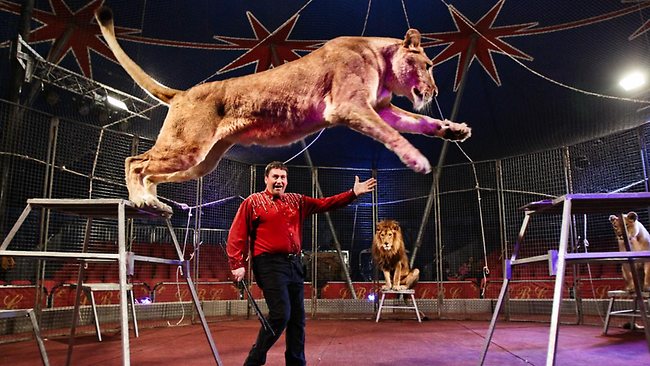 Wild animals in circuses and at similar performance venues ride bicycles, stand on balls and perform other difficult tricks they would never choose to do on their own. Trainers force animals into these unnatural acts with abusive tools such as bullhooks, whips and electric prods. When not performing, these animals are confined to small, filthy cages or vehicles in extreme temperatures and deprived of basic care and necessities. Animals have died in these conditions, and some have snapped from frustration, killing or injuring trainers and the public.

Instead of promoting wild animal performances, share videos of animals playing in their natural environment. It’s much more fun to watch animals enjoying themselves than performing uncomfortable and awkward circus tricks. 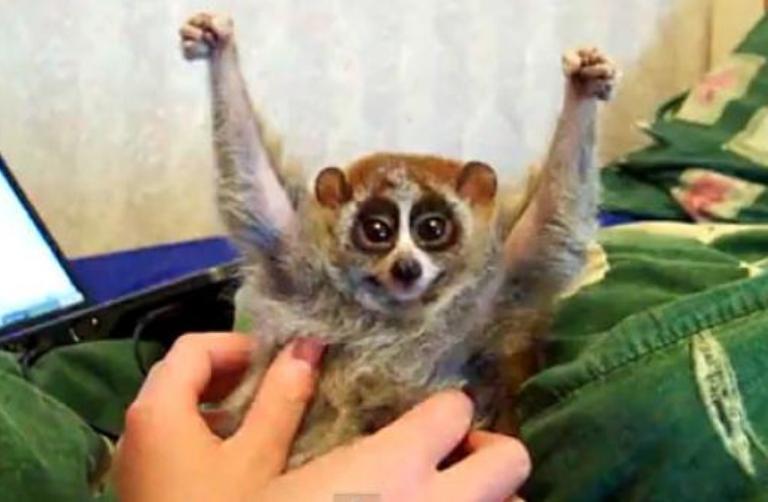 People have been importing exotic pets legally and illegally for decades, and regulations vary from state to state. Larger pets like boa constrictors and monkeys become dangerous as they get bigger, and their frustrated owners often keep them in cages or release them into the wild where they die, spread disease or disturb the ecosystem.

Wild animals of any size do poorly in captivity, and their owners tend to be clueless about their dietary needs. Vendors, who are only after a profit, fail to give customers the information they need to properly care for an exotic pet.

Most exotic pets are unattractive to the average person, but the slow loris (a poisonous mammal that can kill owners) and sugar glider (small marsupials sold in mall kiosks) look deceptively cuddly and low-maintenance. 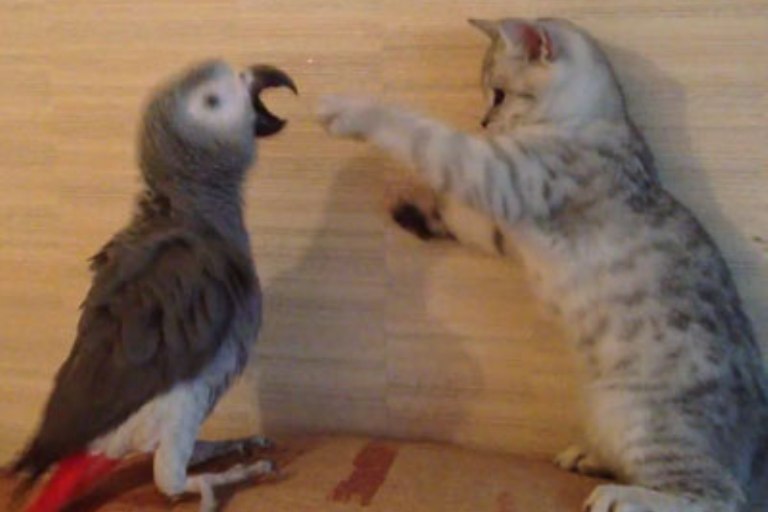 Play fights are a natural part of young animal development and can be fun to watch. On the other extreme, blood fights between pit bulls, roosters or any other animals are clearly abusive as well as illegal, and should never be supported in any way. But what about “cute” fights between seemingly non-threatening animals, like the viral video in which a parrot and kitten battle for couch supremacy?

It’s best to avoid all videos that show animals fighting, especially in a way that might be staged. An animal fight gone wrong can result in injuries and death, and the stress of fighting can cause a slew of health problems. Please don’t encourage owners to make their pets fight for online popularity. You never know what problems that could cause off screen. 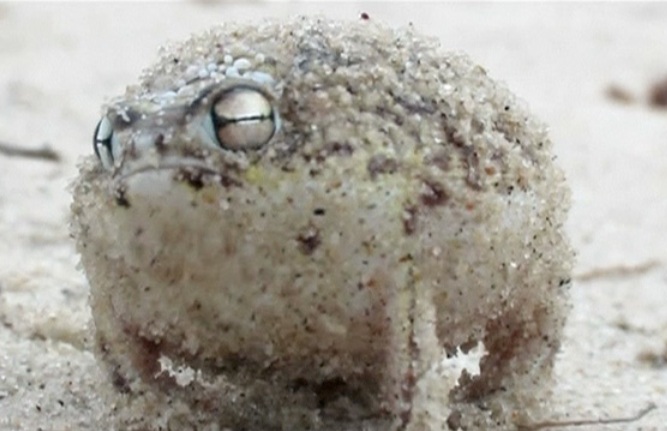 No one of sound mind would like or share a video of a terrified woman screaming in real panic, but sometimes we distance ourselves from animal emotions and think their distress calls are cute and novel. Many have captured different animal calls as they occur naturally, and this can certainly be educational. But some amateur filmmakers intentionally stress animals out, forcing them to make the desired sound.

The most famous example of this video type is the viral “World’s Cutest Frog” video, which garnered over nine million views along with attention from leading news outlets. In the video, a round little desert rain frog vibrates and squeaks “adorably.” But herpetologist Professor Alan Channing later identified those squeaks as a distress call, saying, “What this means is that somebody was prodding it and annoying it while the close-up video was taken.” This behavior should definitely not be encouraged. 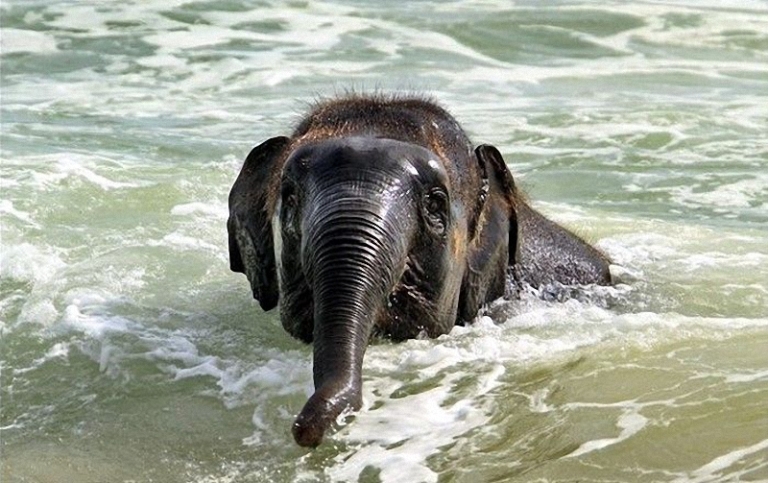 Earlier this month, One Green Planet warned readers against sharing baby elephant videos, referring specifically to a popular video of a lone baby elephant in the sea. Elephants love the water, but only when it’s fresh water. As One Green Planet writer Orietta C. Estrada shared, salt water is not good for elephants, and beaches have no shade to protect them from the sun.

Baby elephants tend to stick with their herds, so a lone baby elephant should set off alarm bells. Someone might have kidnapped the calf to exploit its cuteness. Of course, there’s nothing wrong with enjoying footage of a baby elephant and its herd living in the wild or a respected sanctuary, but sheer clear of videos featuring baby elephants out of their natural environments.