The Legal Battle to Free Truck Stop Tony Continues. Here’s How You can Help! 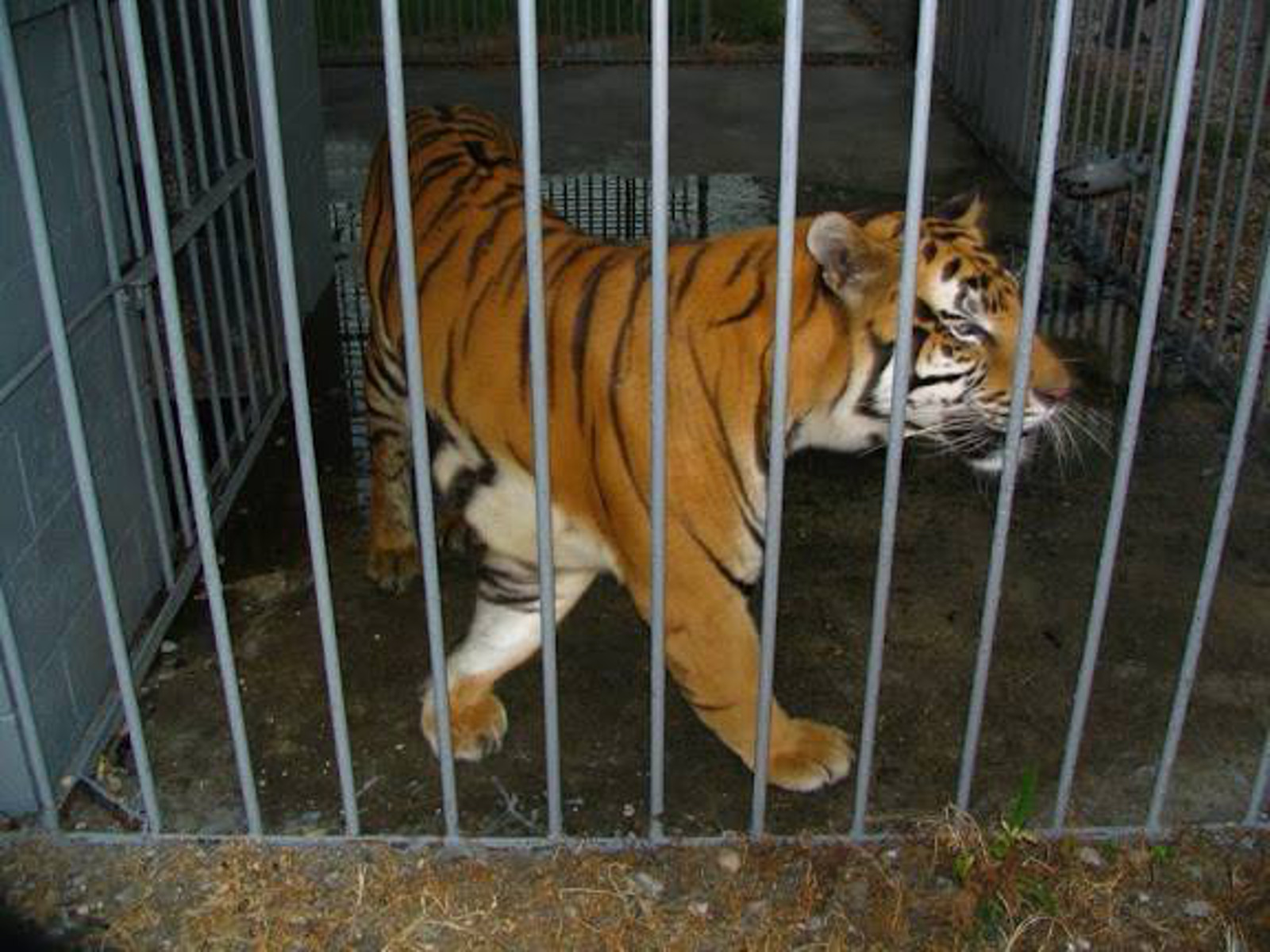 To many people, Tony the Tiger is a cartoon character advertising cereal, but there is a real life Tony we should all know about. Born 14 years ago at the Tiger Truck Stop in Grande Tete, La., under the ownership of Michael Sandlin, Tony is a Bengal-Siberian mix and is living a life that no tiger ever should, one filled with concrete and car exhaust.

The sale and ownership of big exotic cats has been banned in Louisiana, under Act 715. However, any person who owned an exotic cat before the law was passed in 2006 is allowed to retain ownership of these cats so long as they were obtained legally. Apparently, that includes Sandlin. As long as Sandlin files for a permit each year, he can legally own Tony.

Used to bring more attention and customers to the truck stop, Tony is taunted daily by customers and is exposed to both car exhaust and loud noises. Tigers are incredibly intelligent creatures, and Sandlin neglects to provide Tony with any sort of enrichment or stimulation. His enclosure even lacks a pool for him to cool off in Louisiana’s hot, humid summers. Veterinarian Jennifer Conrad agrees that this truck stop is no place for Tony, saying Tony is “in poor condition and needs intervention on his behalf.”

Big Cat Rescue of Tampa, Fla., has offered to provide sanctuary for Tony where he would receive proper veterinary care as well as an appropriate living environment. Their offer thus far has been ignored.

Because of Tony’s deplorable living conditions, the Animal Legal Defense Fund (ALDF) filed a lawsuit against the Louisiana Department of Wildlife and Fisheries (LDWF) in 2010 for unlawfully issuing Sandlin a permit. Several Louisiana resident’s came forward as plaintiff’s with the ALDF. Warren Triche, “the state representative who authored the Louisiana state law banning private ownership of tigers,” was one of these plaintiffs.

“In November 2011, Judge Michael Caldwell ordered LDWF to revoke Sandlin’s permit and prohibited the agency from issuing future permits.” Sandlin appealed the decision, yet the Court upheld the ruling.

The LDWF had the power to seize Tony from his current environment because Sandlin did not legally own Tony before the 2006 law went into effect. Despite this fact, they did not.

Following with their promise to file suit, ALDF launched another lawsuit along with former representative Warren Triche Jr. on the grounds that the State of Louisiana had violated the Louisiana Constitution passing a law, “that exempts a single individual from existing state public safety and animal welfare laws.”

Representative Triche sponsored the 2006 big exotic cats ban and has joined in support of the ALDF’s mission to free Tony.What will come of Tony remains to be seen, but for now, he remains at Tiger Truck Stop.

Fortunately, there are steps we can take to help free Tony and provide him the life he so desperately deserves.