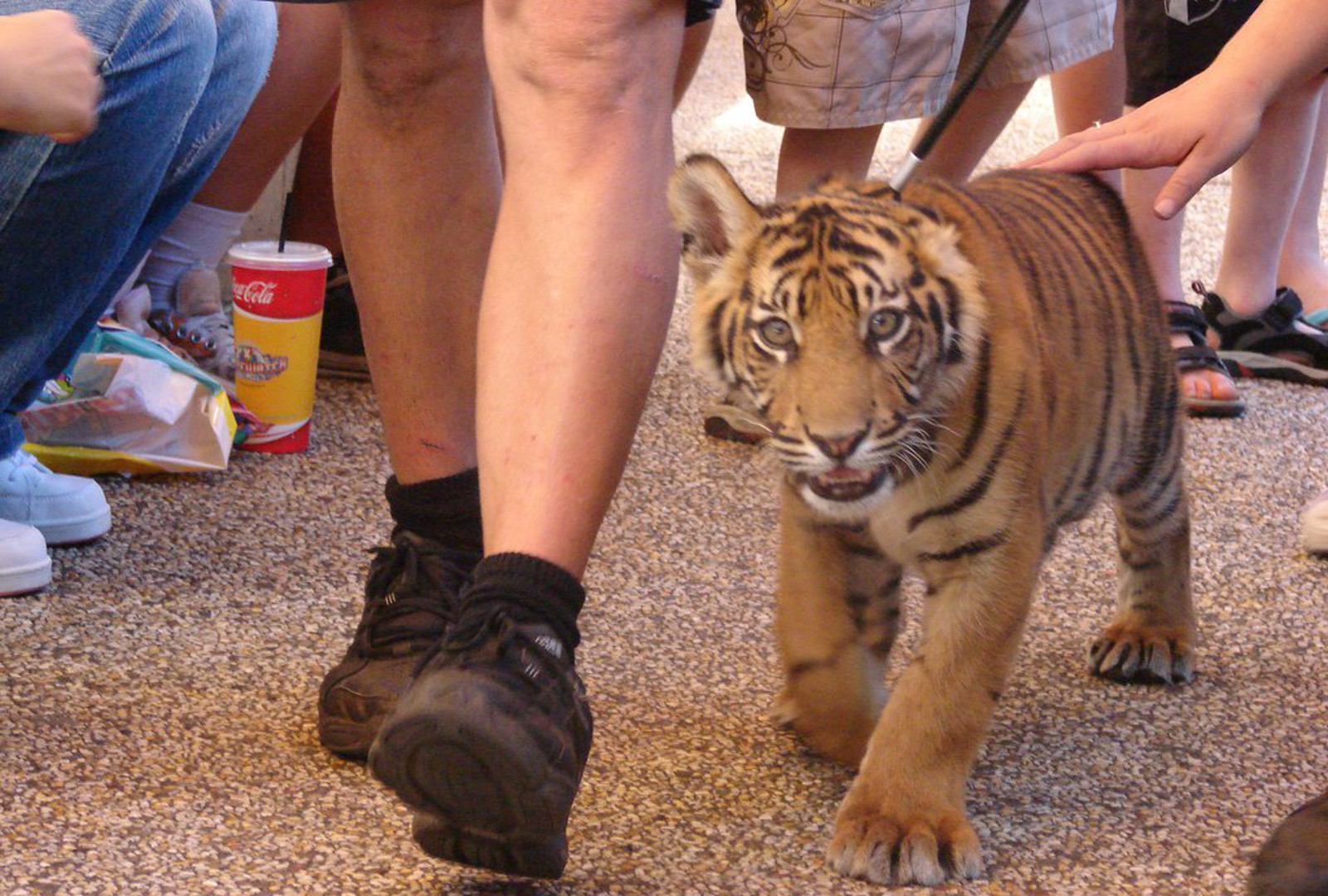 Road trips and vacations provide ample opportunities to fill your camera or phone with amazing photos, whether it’s bizarre roadside attractions, breathtaking sunsets or picturesque landscapes. If you’re lucky, you’ll even have the opportunity to experience wild animals in their natural habitat.

Common sense tells us not to get too close, yet every year we hear stories about people who were injured or tragically killed while interacting with wildlife in an effort to get that “perfect shot.” In 2015, Yellowstone National Park had to issue a warning to tourists after a fifth person was injured trying to get a photo with a wild bison. A man in New Jersey was killed after trying to take a close-up photo of a bear.

It’s not just people being injured. There are countless heartbreaking instances where animals have been injured or killed in an attempt to get that perfect photo or selfie to post on social media. In another cruel practice, roadside attractions offer opportunities to take photos with wildlife. When the temptation to partake in that photo op strikes, think about how your actions will impact the animals involved.

Pulling Animals Out of Their Natural Habitats for Photos

Dragging an animal out of the water or luring it over to you so you can get a photo is irresponsible and cruel. Recently, a sea turtle had to be rescued after being injured by tourists who dragged it out of the water for selfies. In another incident, tourists in Costa Rica disrupted hundreds of sea turtles attempting to reach shore to lay their eggs. Instead of enjoying this incredible moment from afar, they stood on the shoreline snapping photos, preventing many of the turtles from safely reaching the beach.

Other marine animals, including a baby dolphin and a shark, have also been recent victims of torture by selfie-seekers. These animals are a vital component of marine ecosystems, yet we continue to place them in danger through irresponsible actions that interfere with their habitat.

It’s not just marine animals who are affected by the ignorance of humans. Tourists at Yellowstone National Park placed a baby bison in their vehicle because it looked “cold,” then snapped a photo. As a result of their actions, the animal was rejected by its herd and then euthanized by park authorities. While their intent was to help the animal, their decision to interfere with nature caused an innocent animal to lose its life.

Places that Use Wild Animals as Photo Props

We get it, baby animals are ridiculously adorable. The opportunity to snuggle a cub or feed it a bottle may seem harmless, but it’s not. Some places pose as a sanctuary or claim the money from photos goes toward conservation efforts, but real sanctuaries do not exploit animals by using them for entertainment.

Animals used for staged photos are either bred into captivity or obtained through the illegal wildlife trade. When cubs become too big they are auctioned off, sold into the exotic pet trade, or killed for the exotic meat and medicinal market.

When they’re not posing for photos, the animals are subjected to cruel training methods and often live in deplorable conditions. They’re not allowed to roam freely and exhibit natural behaviors as nature intended. Instead, these majestic creatures are kept in cages or crowded enclosures. A Humane Society of the United States undercover investigation recently revealed how cubs used for photo ops at a roadside zoo were being neglected and subjected to horrific acts of cruelty.

Paying money to hold a cub, koala bear, chimpanzee or any other wild animal supports cruelty by sending the message that it’s okay to abuse and exploit animals.

If you aren’t able to safely capture photos of wild animals in action, don’t risk it. Stick to taking photos of yourself surrounded by a beautiful landscape until another opportunity to photograph animals presents itself.

Stay away from zoos, aquariums, animal theme parks. Instead, visit reputable sanctuaries or humane animal attractions that truly care about conservation and protecting animals. If a place is claiming they have domesticated the animals so people can safely interact with them, consider that a huge red flag.

If you see people trying to remove a wild animal from its habitat to take selfies, say something! Alert a lifeguard, park ranger or other authorities tasked with monitoring the area.

In the end, is it really worth it to put the needs of another living being over your desire to have a “cute” photo to post on social media? We didn’t think so.