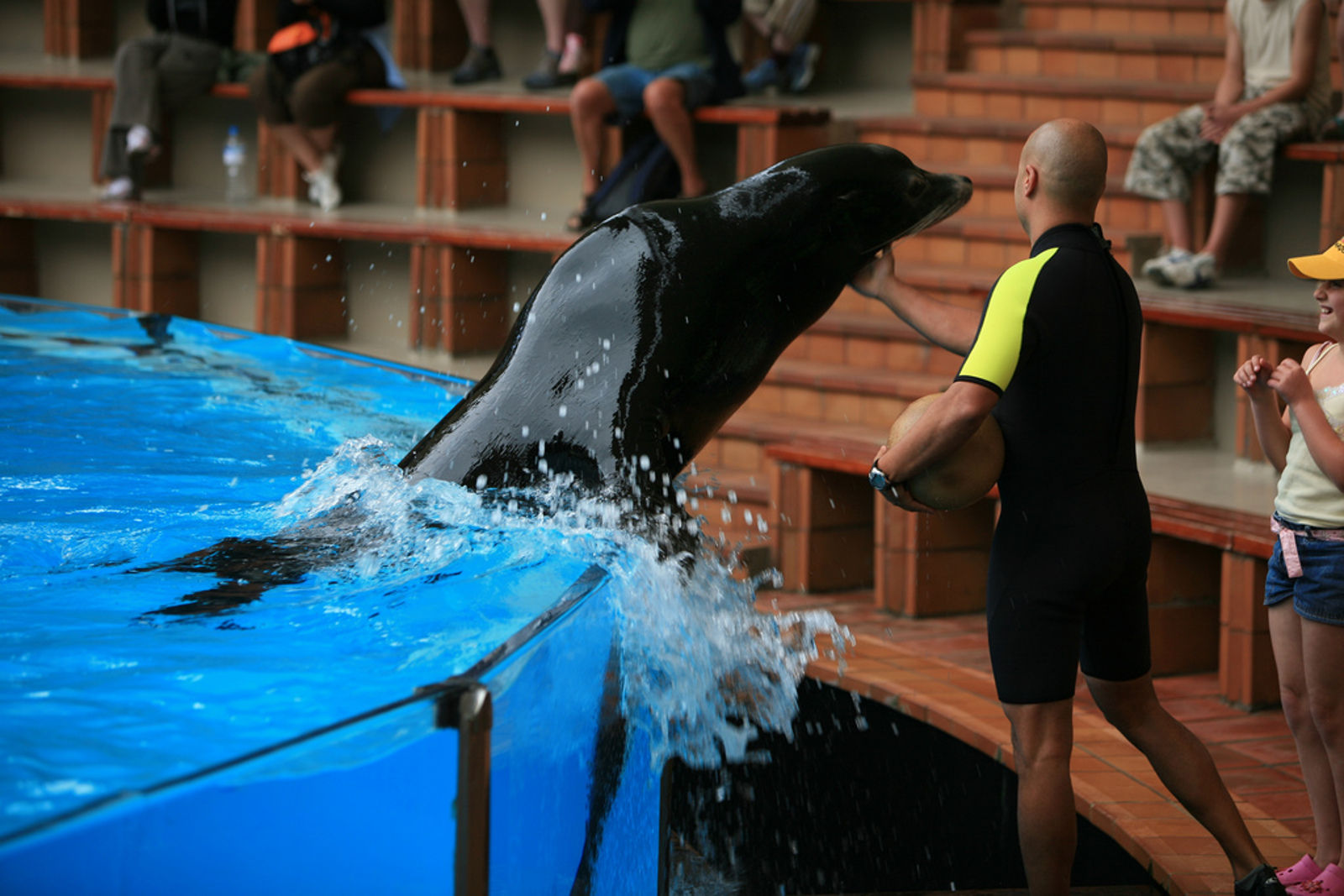 In our desire to tame wild animals, we often times forget that they are fundamentally not human. We create false environments for them and expect them to live according to our terms, with results somewhat comparable to the likes of “Jurassic Park” at times. To quote Dr. Malcolm, “Your scientists were so preoccupied with whether or not they could they didn’t stop to think if they should.”

With that thought in mind, here is a list of the worst ways to experience wild animals:

Roadside zoos are usually unregulated, “privately owned and not accredited by the Association of Zoos and Aquariums,” says PETA. “Many of the animals exhibited stereotypic behaviors.”

The National Humane Education Society also says that roadside zoos are “often fed inadequate and inappropriate diets for their species, and rarely, if ever, are seen by a veterinarian. They are housed in squalid conditions, crammed into small cages, or tethered to shacks. Some of the animals may be drugged or have their teeth and claws removed to protect humans.”

Animal theme parks by definition are a combination of a theme park and zoological park that exist for commercial purposes. Some examples of marine parks are the under-fire SeaWorld, because of trainer deaths and mistreatment of their whales; MarineLand in Niagara Falls, Ontario, Canada; and Ocean Park in Hong Kong.

MarineLand, as recently as 2012, has been subject to a number of controversies, two of which were reported by the Toronto Star. In the first, the Environmental Ministry launched a probe when they “found out about the mass graves when the Star called to ask about the legality and environmental impact of massive burial sites.”

In the second, “after an extensive Toronto Star investigation into the treatment of sea life at Marineland , serious allegations are now being levelled about the diet and conditions of its land animals.”

Hong Kong’s Ocean Park, as reported by South China Morning Post, had a bottlenose dolphin that “attempted suicide” after throwing herself against a pool wall. Later, the park was cleared after an investigation. Civic Party lawmaker Claudia Mom Man-ching “demanded the department disclose its report and urged the park to reduce the number of dolphin shows.”

Disney’s Animal Kingdom faced criticism in its early years when in 1998, Disney acknowledged twelve deaths while “twenty-nine animals died at or en route to Disney’s new Animal Kingdom, according to a U.S. Department of Agriculture report obtained by The Associated Press,” reported CBS News.

At both Six Flags resorts, numerous animal abuses have been reported by PETA, such as “animal beatings, neglect, suffering, and terror caused by inadequate veterinary care, improper housing, mishandling by untrained and unqualified personnel, and exposure to noise from thrill rides and growing crowds at the park,” and “In one three-month period, 26 animals died at Six Flags Wild Safari.”

Circus animals are subjected to a number of abuses such as being forced to live in confinement for long periods of time, have their babies taken away from them after birth, are physically punished, deprived of food and water, and develop long – term health effects and disabilities. A number of countries around the world have specific bans on animal circuses, while other countries have banned them in their entirety. Here is a list on the Animal Defenders International (ADI) website.

There are a number of reasons to stay away from wild animals, whether they decided to explore your backyard or you decide to explore theirs. These encounters can be harmful to both marine as well as land animals. Alliance of Marine Mammal Parks and Aquariums says that even marine animals can be aggressive and should be viewed from a distance. In their “Watchable Wildlife Guidelines,” they ask you to “avoid excessive boat speed or abrupt changes in speed or direction,” to “put the engine in neutral and allow them to pass” when approached, “to limit time spent observing animals, never surround an animal,” and to “stay clear of mothers with young.”

PAWS says that feeding wild animals may make them dependent on humans for food, they may lose their fear of humans, other wild animals may get attracted to the food source, and the availability of more food may cause a boom in reproduction rates. They also have a Wildlife Do’s and Don’ts Page that you can read through if your area is prone to animal visits.

Another reason to avoid interaction with wildlife is to be safe from aggression due to territorial behavior or mothers with babies. There is also the risk of contracting rabies from mammals through saliva, bites, or scratches.

Marine animals such as fish are often overlooked as they make no obvious indications of cruelty and abuse except dying. Technically, even tapping the glass enclosures of a fish tank can contribute to abuse.

Back in 2004, the Independent reported that aquarium fish across Britain were suffering from abuse and ill-health. A report by animal rights campaigners was responsible for the findings.

“The investigation found that dozens of aquariums keep animals such as rays, sharks, puffer fish, crabs and squid that are scarred and deformed, behave abnormally, or are routinely mishandled by staff and visitors,” as reported by the Independent.

An aquarium that was built inside the Marlins’ baseball stadium in 2012 was contributing animal abuse, according to animal rights activists.

“Animal Rights Foundation of Florida spokesman Don Anthony told the local press that ‘I can tell you even if the glass doesn’t shatter, [stadium noise is] going to cause a tremendous vibration and disturb and upset the fish,’” reported Mother Nature Network.

A Portland Aquarium in 2013 had over 200 marine animals die due to “starvation, infection, high temperatures, animal-on-animal attacks, and unknown causes,” according to the Oregonian.

The most respectful way to experience wildlife first hand is to visit them in governmental parks, sanctuaries, or campsites where it has been designated to be safe for visitors. These animals have adapted to human presence. But maintaining distance, keeping quiet, and avoiding littering should be ensured. Or better yet, read a book about them or watch them on T.V.! For more options, check out this great list: 5 Ways to Enjoy Wild Animals without the Walls of Captivity.