Watch Former Circus Tigers Arrive at a Sanctuary and Enjoy Life for the First Time!

Watch Former Circus Tigers Arrive at a Sanctuary and Enjoy Life for the First Time!

The government of Guatemala banned the use of circus animals in 2017. When the law came into effect 12 months later, they contacted Animal Defenders International (ADI) for help transferring the big cats following their similar successful missions in Bolivia, Colombia, and Peru. Their program, Operation Liberty, was launched in May 2018 and they set up a temporary rescue center in Guatemala for the animals. After much hard work, the tigers finally arrived at their new forever home just before Thanksgiving!

The three tigers recently transferred were named Max, Simba (both 9 years old), and Kimba (2.5 years old). Kimba was sadly brutally attacked by circus workers on the day of his rescue. Since launching Operation Liberty, ADI has saved 15 tigers and 6 lions like the tigers that were taken care of at the temporary rescue center. However, Big Cat Rescue in Florida stepped up to offer Max, Simba, and Kimba a place to safely and happily spend the rest of their lives! 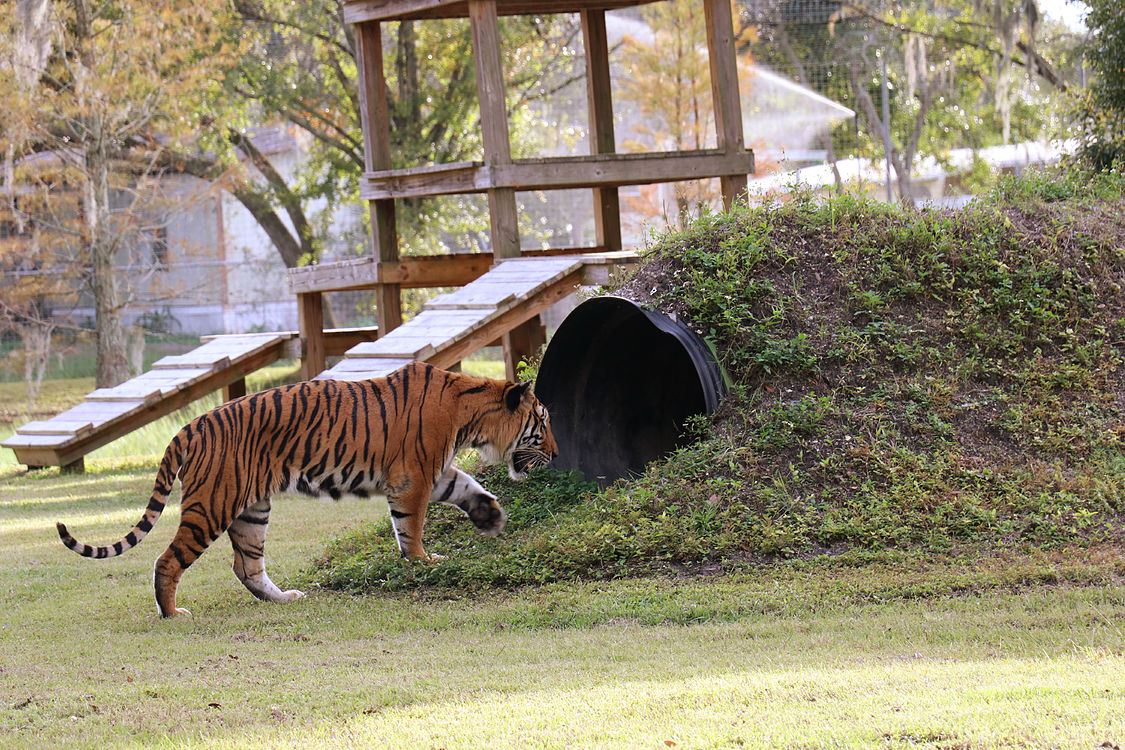 Soon after they arrived, the three tigers can be seen in the video above already enjoying life! The other tigers and lions rescued during the mission will be relocated to the ADI Wildlife Sanctuary in South Africa, already home to 25 lions rescued by ADI from circuses in Peru and Colombia.

Wild animals don’t belong in circuses. The poor tigers had been declawed, a “cruel mutilation that doesn’t just remove the claws, but the toes at the first joint, causing ongoing discomfort, and which can lead to painful disability later in life,” as explained by ADI. In captivity, wild animals suffer from obesity, joint problems, and saddest of all, zoochosis. They begin to display strange behavior as a result of depression. Circus animals specifically are starved to be motivated by food to perform unnatural tricks. Their wellbeing is not a priority as seen with the circus tigress who was dragged by her tail when she had a seizure while performing.

To learn more, read How Life for a Circus Tiger Compares to the Life of a Wild Tiger. You can also speak up for them by signing this petition calling for the use of wild animals in circuses to be banned in the United States.