Sad But True: This is What Life in the Circus is Doing to the Health of Performing Animals 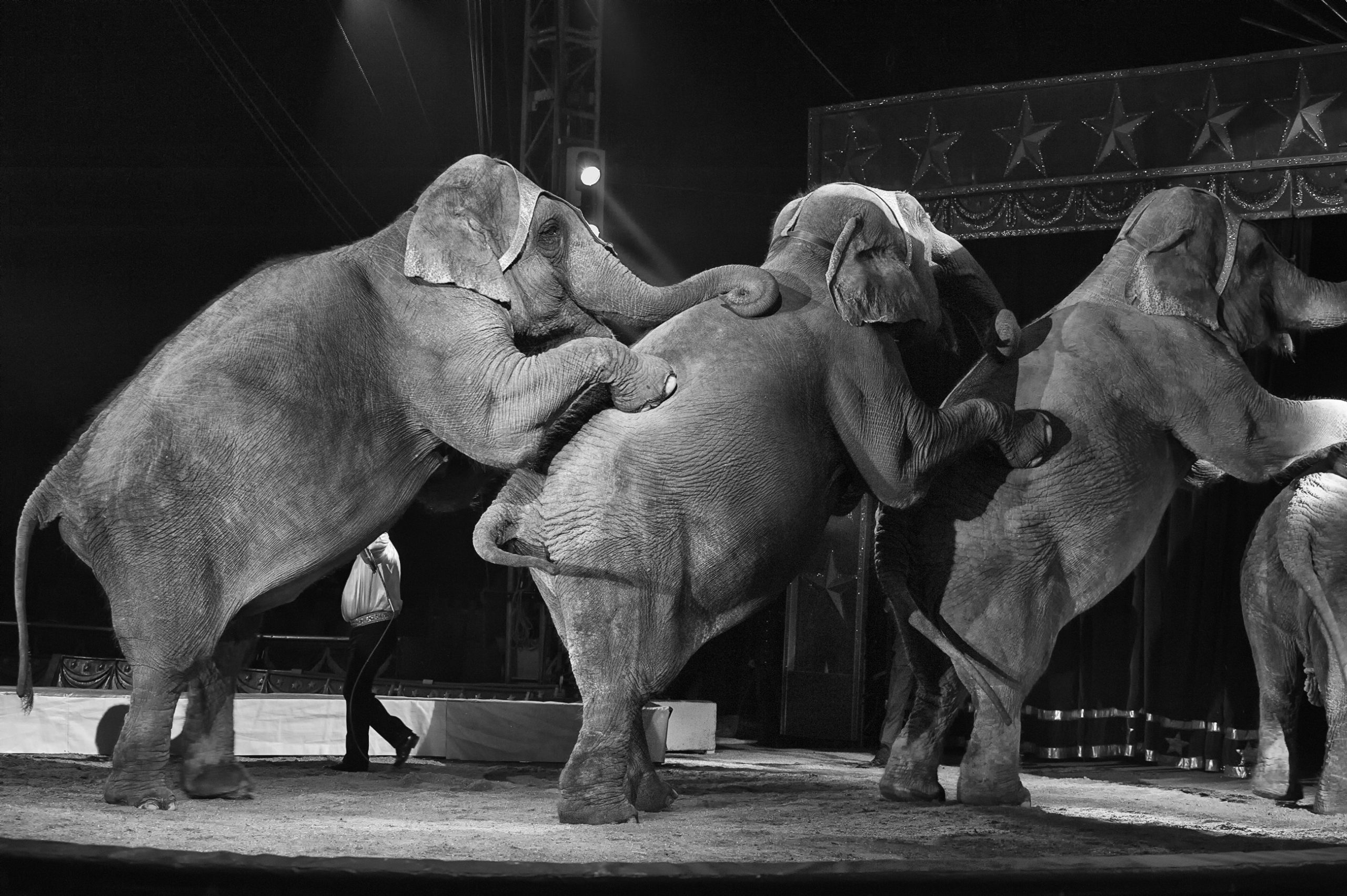 We’ve said it many times, but we will say it again because it hasn’t stopped being true: the circus is NO fun for animals. From the perspective of the audience, these shows are magnificent spectacles that allow the general public to get close to wild, exotic animals. Not only is the circus one of the only times many people will see these animals in real life, but the animals are also trained to perform amazing tricks. To the untrained eye, this is pretty fantastic to observe.

However, to the person who understands the horrors, these animals have had to endure in order to learn tricks and perform in the circus, these shows are displays of extreme animal abuse – set to music and fancy lighting. Yeah, not so pretty.

Although many circus troupes would claim that their trainers care deeply for the animals they keep and adhere to the highest possible welfare standards; the lengthy track record of Animal Welfare Act violations kept by the USDA would tell another story. The fact remains, if a wild animal appears to work in the circus, it is living a life utterly opposed to the one nature intended. Elephants are meant to roam the plains of Africa and Asia, not do handstands. Tigers are meant to run and hunt, not spend 90 percent of their time in a cage. And these unnatural conditions take a toll on animal health.

Circus animals exhibit a wide array of ailments, ranging from mental to physical and everything in between. Below are the top illnesses that can be found in circus animals. Begging the question: does the circus REALLY care about their animals?

And you thought obesity was only a human disease … well, sorry to say it but by forcing our sedentary habits on wild animals we have effectively proliferated this particular ailment. Elephants in the circus are held in chains when they are not performing. During the “breaking” process that occurs when calves are around a year and a half old, elephants can be chained for up to 23 hours a day.  In the wild, elephants will walk up to 30 miles a day – a distance circus elephants won’t likely walk for their entire lives. With such little exercise, elephants are prone to obesity, which can have similar health effects as it does in humans.

Have you ever tried to stay barefoot on a hard concrete surface for an extended period of time? If you have you can understand the pain that will likely develop in the ankles and knees. A survey performed of 62 Asian elephants and 5 African elephants across three different circuses and five zoos found captive elephants exhibit, “a high incident of rheumatoid disorders,” and chronic arthritis and lameness. Foot problems and lameness is the leading cause of euthanasia for captive elephants.

Starvation and dehydration, surprisingly enough, are methods used for training lions and tigers. Called “Operant Conditioning,” this mode of training follows the negative enforcement school of teaching. In order to get big cats to perform reliably, on command, trainers deprive animals of food and water to establish their dominance.

It is estimated that when on the road, a circus travels 48 weeks a year. During this time all circus animals spend about 26 hours in their cages when being transported. Most cages are far too small for the animals. Bears and big cats are typically kept in 5×10 foot cages (at max!). When traveling for extended periods of time, animals develop sores from rubbing against the wire bars.

Did expect to see this one, huh? Elephants can carry Tuberculosis, in a circus environment this disease is easily spread between groups of closely packed elephants. The strain they contract is also transmittable to humans. While healthy adults aren’t very susceptible to the disease, children are at a higher risk. Sadly, it is usually children who come into close contact with circus elephants as they often want to have their pictures taken with their favorite animals.

The white tiger is a common staple in a circus performance. These “rare” tigers gain this exclusive title as the result of a particular genetic defect. In fact, the white tiger can not be found in the wild, but only through captive inbreeding. The genetic defect that causes the white coat also causes white tigers to be cross-eyed, they are also prone to health problems and other harmful defects.

The mental stress and frustration exhibited in circus animals in captivity is known as “zoochosis.” Being deprived of their natural environments, behaviors, and stimuli, animals start to mentally shut down to cope with the overwhelming stress. This manifests itself in a number of abnormal physical displays, such as, stereotypic rocking back and forth, incessant grooming, pacing, and self-destructive behaviors including refusal to eat, and self-harm.

All these ailments are symptomatic of a diseased system. Wild animals do not belong in captivity for the sake of our entertainment. Remember that every time you buy a ticket for the circus, you are supporting the continuation of this suffering. By boycotting the circus and spreading the knowledge you have learned, you can help play an instrumental role in ending circus cruelty.