5 Abuse Cases That Prove We Need to Ban Circuses 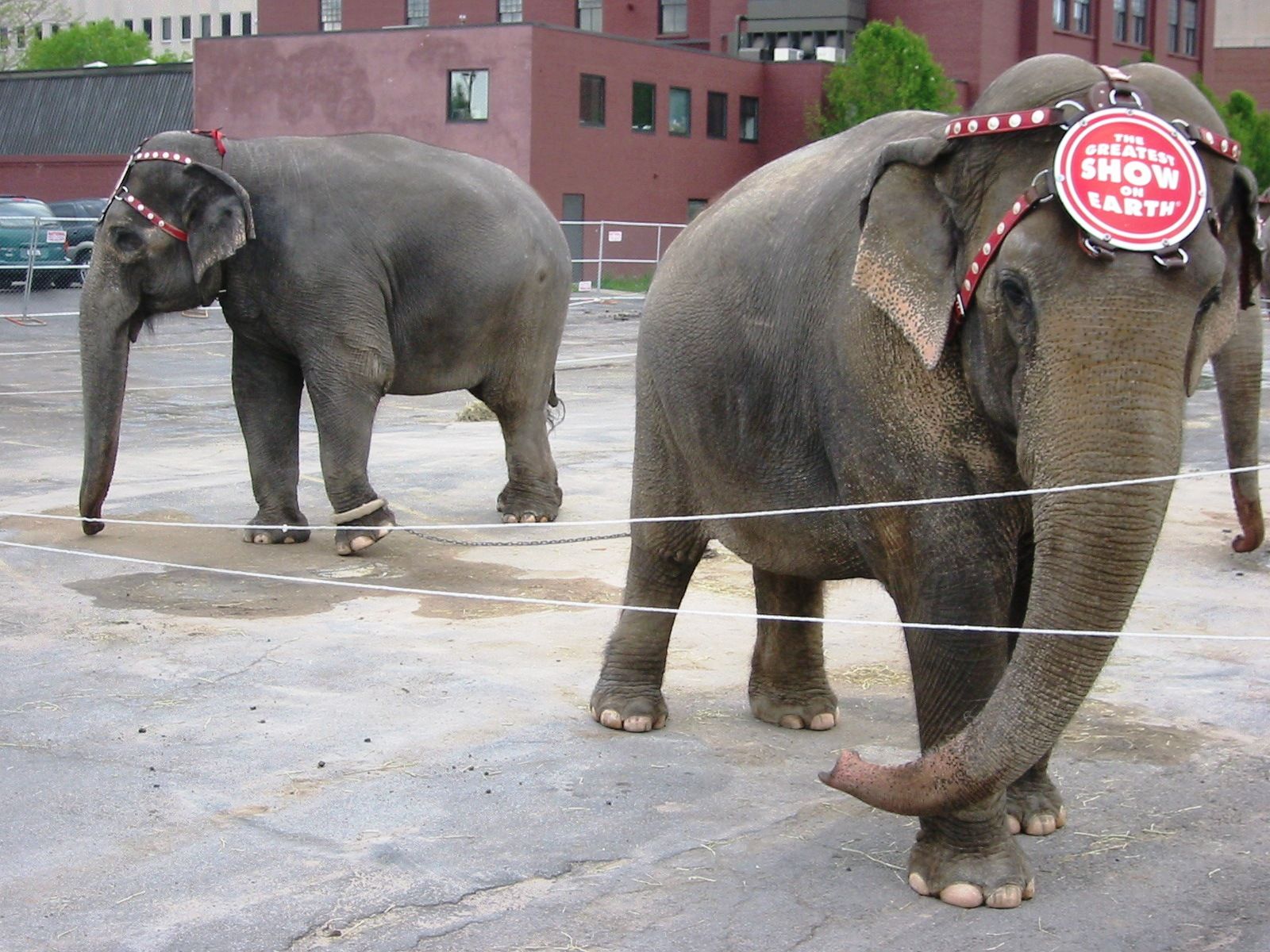 From PETA to the ASPCA and ARFF, animal advocacy groups have been fighting for decades to put an end to circuses utilizing wild animals as “entertainment.” These antiquated institutions turn a profit at the expense of endangered animals including elephants, lions, and tigers, forcing them to live in unnatural and often abusive conditions.

Many countries around the world have already outlawed wild animals in circuses including Bolivia, Peru, Greece, and Columbia, among others. England recently passed a ban that will go into effect by the end of 2015. The U.S., however, has no such laws. Circus animals are under the jurisdiction of the U.S. Department of Agriculture (USDA) through enforcement of the federal Animal Welfare Act.

Here in the U.S., dozens of undercover investigations have been launched throughout the years to catch handler abuse in action. A multitude of these efforts have uncovered horrific practices, from bull hook beatings to veterinary neglect.

Here are five such efforts that prove we need to ban circuses once and for all:

Abuse case: When three-year old Kenny, an Asian elephant, fell critically ill, Ringling continued to force him to perform. He appeared in three different shows in one day despite the attending veterinarian’s advice that he “remain in the barn.” Within an hour of his last appearance, Kenny died. The USDA later charged Ringling Brothers with multiple violations of the Animal Welfare Act based on Kenny’s death and they paid $20,000 in an out-of-court settlement.

Abuse case: Benjamin, a four-year-old baby elephant, was taken by animal trainer Pat Harned for a swimming session in a pond one morning while the circus was on the road. Benjamin and another baby, Shirley, were playing in the water. When Harned told them to come out, Shirley obeyed, but Benjamin kept swimming. Eyewitness accounts reported that Harned then went to the end of the pier and began jabbing Benjamin with a bull hook. When Benjamin swam away to escape, Harned followed him into the water with the bull book in hand. Benjamin then had a heart attack and drowned. According to the USDA Report, Harned’s use of the bull hook “created behavioral stress and trauma which precipitated in the physical harm and ultimate death of the animal.”

Abuse case: Animal Defenders International officers went undercover and discovered brutality at a number of smaller circuses, as well as Ringling Bros. and Barnum & Bailey. There, they found elephants enduring severely restricted movement and lengthy confinement as well as abuse. Footage shows Krissy, a 20-year-old African elephant, being hit, dragged to her knees with a bull hook, and kicked in the face. She also displayed signs of distress including swaying, head-bobbing, and eating rubbish.

Outcome: The evidence was sent to the FDA and according to ADI they are “currently investigating.”

Abuse case: Video footage taken by PETA behind the scenes of performances showed elephants being struck with what appeared to be whips and bull hooks. Another elephant cried out after it appeared to be pulled with a bull hook.

Outcome: This footage, in addition to other evidence, led to a levy of the largest fine in circus history against Ringling. In 2011, they were ordered to pay $270,000 for violations of the Animal Welfare Act (AWA) dating back to 2007.

Abuse case: A former employee signed a sworn affidavit stating: “The treatment of animals—particularly elephants and big cats—that I witnessed during the course of my employment for [Soul Circus, Inc.] struck me as highly inappropriate, unnatural, and abusive.” The whistleblower claimed that three elephants — Makia, LouLou, and Lovie, were chained 24 hours a day, seven days a week, unless they were on stage. In addition, the tigers and big cats were relegated to small cages with no appropriate outlet for exercise, in addition to being declawed (which is prohibited by the USDA).