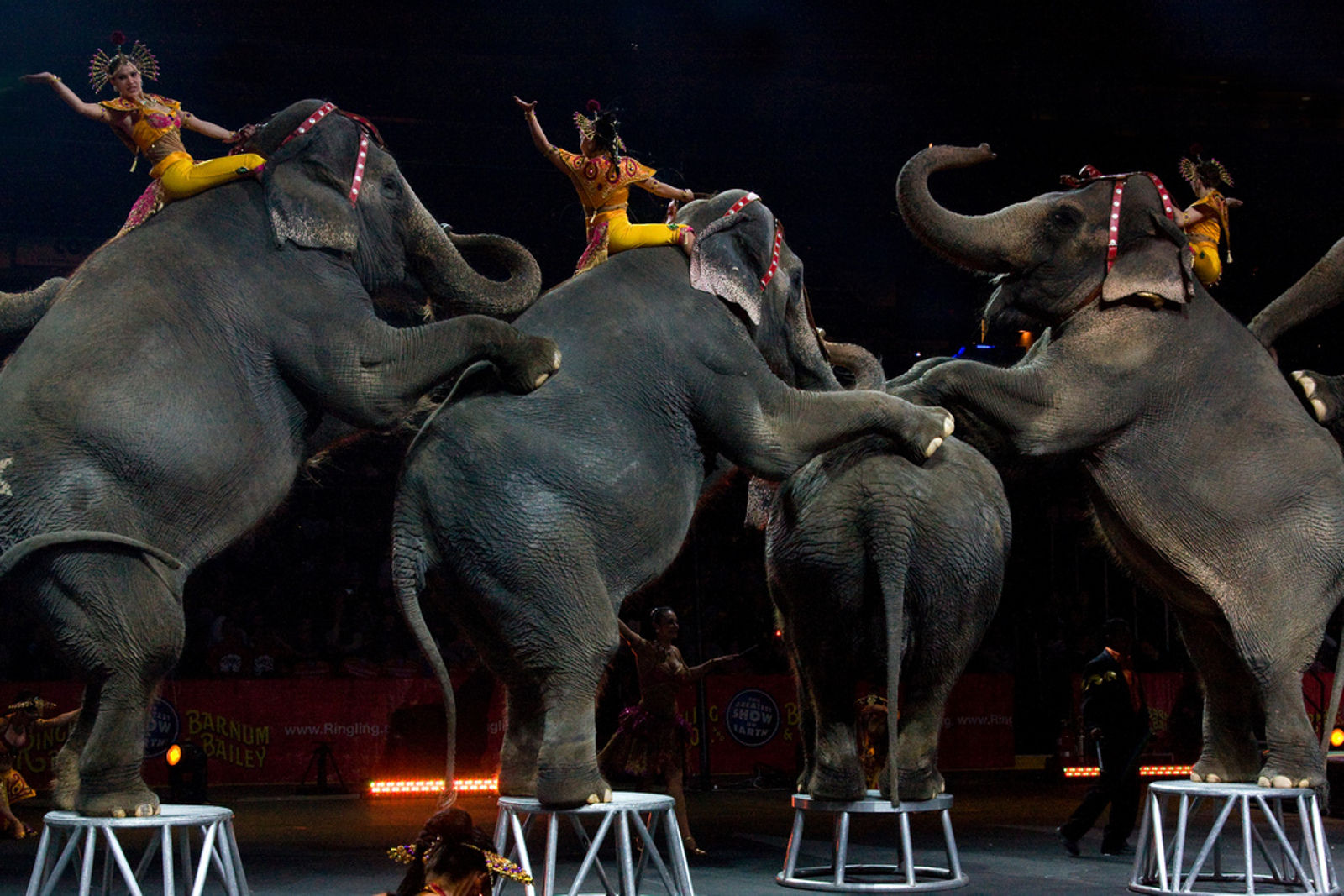 The use of animals as entertainment in the circus is cruel and unnecessary and should be stopped immediately. If you agree with this and want to take positive action to help end the use of animals in circuses, below are five ways you can do that.

The first step is to educate yourself on the issue so that you are armed with the facts about why it is such a cruel practice and what horrors the animals have to endure. Animals deserve to live a life free from exploitation and fear, and sadly animals who are made to perform in circuses are routinely beaten and scarred into learning routines, and are denied any form of natural existence. Your actions can help to make a real difference to the perceptions of others around you, and to the laws which allow these practices to continue in certain states in the U.S. Here’s how you can help end the use of animals in circuses forever:

1. Sign petitions to stop animal circuses in areas where they’re not yet banned

In the U.S., we have already made huge strides towards eradicating animal use in circuses, and petitions have been instrumental in helping officials gauge public opinion on the issue. If you still live in the minority of states which have not banned this awful injustice against animals, search for the latest big petition on the issue and show your support. Consider signing some of the ones listed below today:

2. Educate others (especially children) about why animal circuses are cruel

Educating others about why animal circuses are cruel is the best way of changing hearts, minds, and actions. This is especially important with youngsters as they will grow up with a sense of what’s right and wrong when it comes to the use and abuse of animals. A good place to start with children is by teaching them about the natural behaviors and needs of the wild animals used in circuses, and then explaining that they don’t get to do any of these things when they’re used in the circus. When people are able to see for themselves why the circus is cruel, they will no longer have the desire to go, and this applies equally as much to children.

3. Organize a community boycott of animal circuses when a show comes to town

So the circus is coming to your town? This is the perfect opportunity for you to educate those in your local community about the real horrors of animal circuses. Organize a mass boycott and peaceful protest against the circus by handing out information and speaking to locals about the issues. You will find that most people are completely unaware of the hidden truth about the animal cruelty connected with the circus and will be supportive of your initiative when they know the facts. Informative leaflets and posters can be extremely helpful in getting your message out there.

4. Encourage animal-free circuses to perform in your area

Make your campaign to end animal use in circuses a positive process by actively encouraging animal-free circuses to perform in your area instead, or at the same time. By highlighting the fact that these cruelty-free circuses are much more entertaining and offer a wholesome form of entertainment that doesn’t involve animal exploitation, you’ll be changing the balance of power against the animal abusers. Money speaks volumes in the entertainment business, and if exploiting animals in circuses becomes unprofitable due to low turnouts, they will die out pretty fast.

5. Write letters to your local officials to prevent circus permits in your region

Changing the hearts and minds of the public is great for the evolution of our society, but changing laws is another very effective way of putting an end to animal cruelty once and for all. Writing letters directly to those responsible for altering local policies in your region can have a big impact on the situation. Whether you want to tackle the issue at state, county, or local town level, every step you can take towards blocking circuses from performing is a step closer to the ultimate victory for the animals involved. Letters requesting action against animal circuses coming to your area are always much stronger if they are backed with a petition showing how much support there is for the issue.