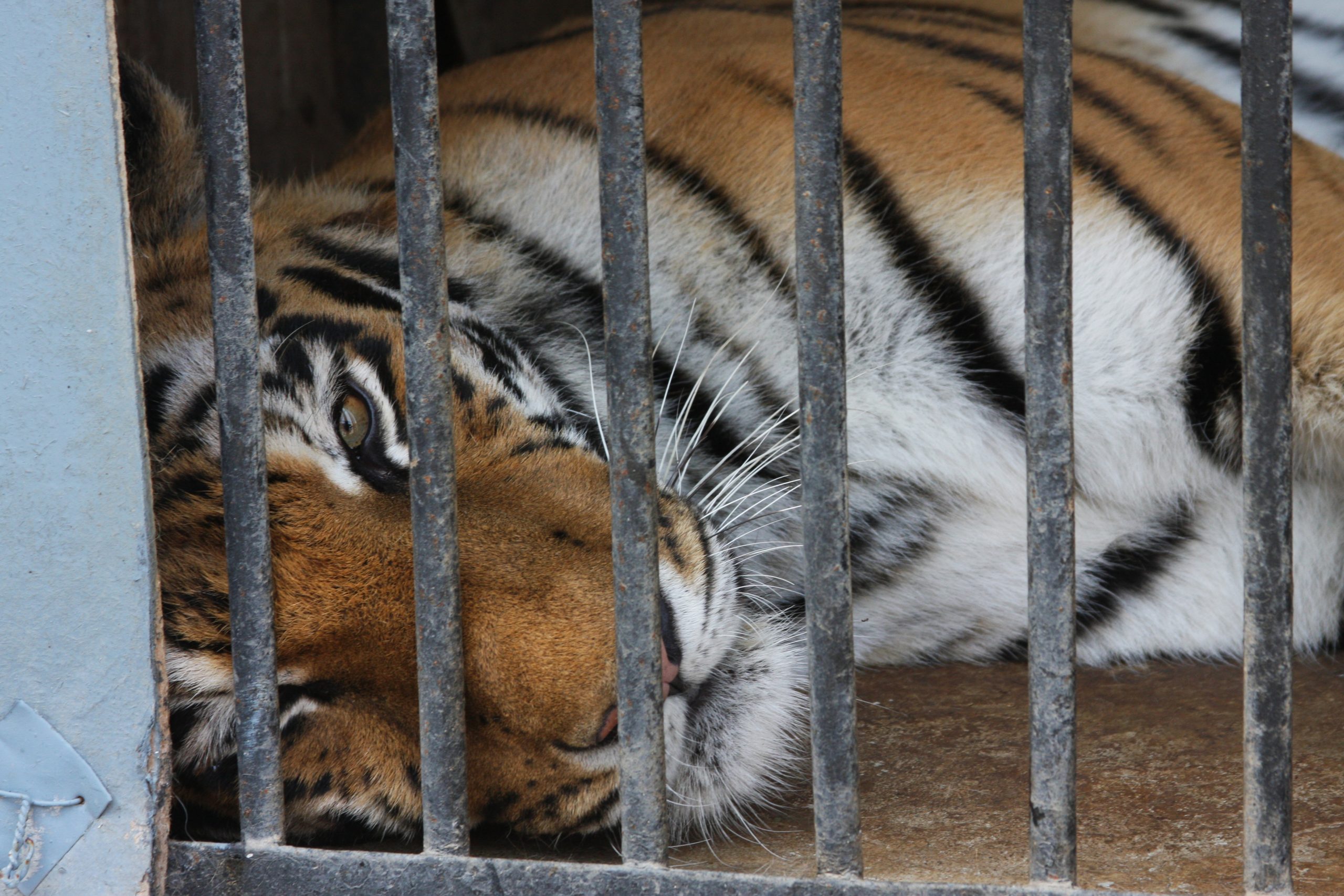 Images of a woman holding a tiger’s testicles at a zoo in Thailand have sparked social media backlash.

The woman uploaded selfies taken at Tiger Kingdom in Chiang Mai including a photo of herself clutching the big cat’s testicles. The caption read, “Pray in your heart and squeeze hard then you will be free from suffering,” as reported by VICE News.

The image prompted intense backlash from locals who accused the woman of “humiliating” the tiger and the zoo of animal abuse.

According to The Daily Mail, online comments included statements saying “You have no right to do that” and “This is dangerous. If the tiger had reacted angrily it could have attacked you.”

In the photos, the tiger appears unbothered by the incident raising concerns regarding whether the tiger was sedated. Unfortunately, it is a common practice to use sedative drugs in big cat parks and zoos to tourist photo ops. Under normal circumstances, the tiger would have surely reacted negatively to unwanted human touching of his testicles.

“Tigers and other big cats used for photo ops are regularly drugged because zoos cannot tame them. Captivity is a living hell for tigers like this one, and they live in constant stress, anxiety, and agitation every day,” Nirali Shah, a senior campaigner at PETA Asia told VICE News over email.

Although Tiger Kingdom officials affirmed the tiger’s safety is a top priority, the company has been accused of abuse and neglect of their tigers for years.

A pervert female tourist cradles the testicles of a six-year old male tiger at Tiger Kingdom Mae Rim in Chiang Mai. She posted this on social media with a caption that implied she had squeezed them. DO YOU KNOW HER?#AnimalAbuse #idiots #tigers pic.twitter.com/MprC2d9MLZ

Cruel practices including sedative drugs are common at big cat zoos around the world. Big cat exhibitions and photo-ops are not only inhumane and abusive for the animals but also pose a huge safety risk for tourists.

Read more about the history of abuse at Tiger Kingdom.