Tigers Are Being Drugged and Punched for Photos … How is This Allowed?! 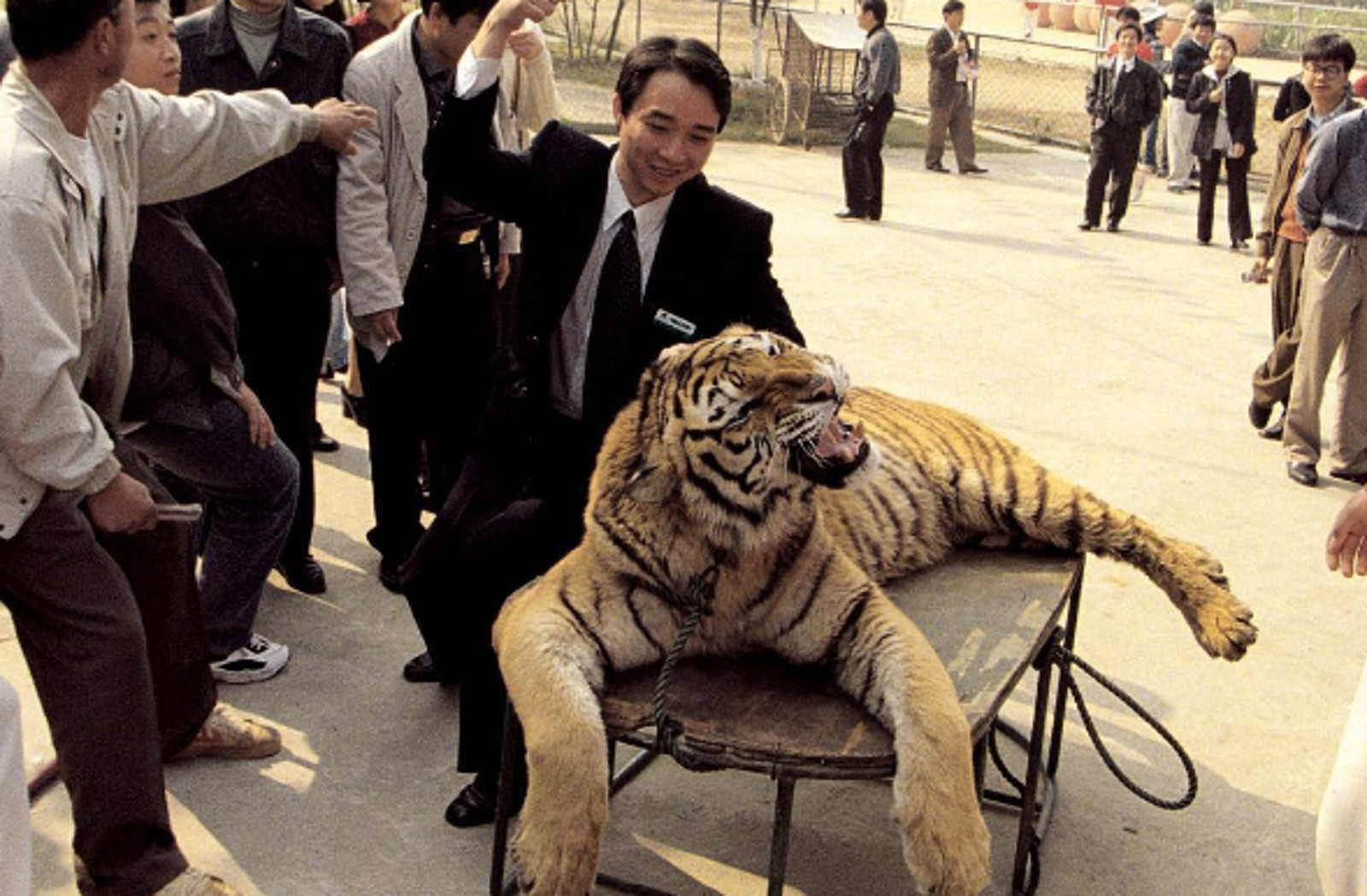 We all grew up knowing tigers as the quintessential “King of the Jungle.” These awe-inspiring big cats captivated us with their gorgeous stripped coat, gorgeous eyes, and terrifyingly beautiful teeth. Sadly, despite our fascination and admiration, we are rapidly losing these animals. It is estimated that the world’s tiger population has declined 95 percent in the past century alone. Like many other species, these animals are endangered by dwindling habitat and human development, but tigers also face a host of other horrific problems. The illegal wildlife trade is the key driver of tiger extinction.

Tigers have gone from being viewed as a majestic and vital wild species to nothing more than a lucrative commodity. We’ve watched the rise of “tiger cub” selfie attractions in the U.S. and across the world and the fact that there are currently more captive tigers in U.S. backyards, kept as pets, than there are in the wild, speaks to how we’ve diminished these creatures. But it seems that this exploitation of tigers is not even the worst form that exists.

This photo from Paul Hilton features a captive tiger at Xiongsen Bear and Tiger Mountain Village in China. At this facility, tiger are drugged and restrained so tourists can take photos “punching” the animals. 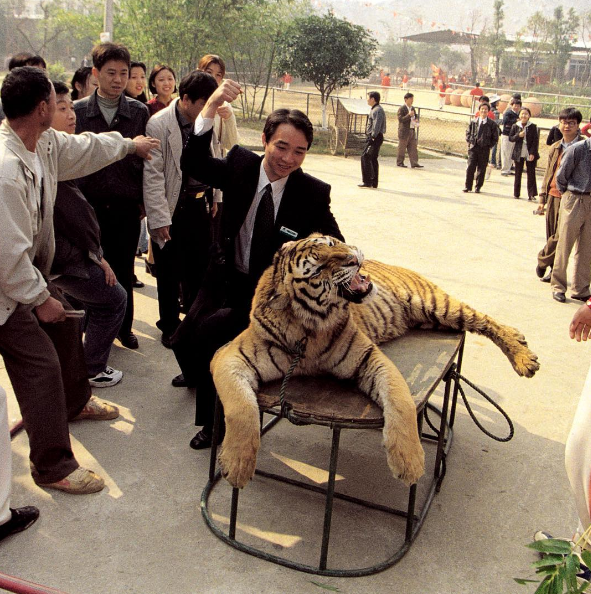 Xiongsen Bear and Tiger Mountain Village is one example of a commercial tiger facility where animals are bred, put on display for tourists, and killed to make tiger bone wine – a product that is rumored to “increase sex drive.”

In China, there are as many as 200 operating tiger farms, some of which disguise themselves as “sanctuaries” for the tigers, but they’re really glorified safari parks where animals are forced to perform tricks. In many farms, when the animals are not being used for performances, they are “speed bred.” After a mother gives birth, her cub is immediately taken away – likely to be used as a selfie prop – so that she can breed again as soon as possible. According to the International Fund for Animal Welfare, tiger farms have a reproduction rate of 1,000.

Hilton explains in the photo caption that there are currently 2,000 tigers living at Xiongsen Bear and Tiger Mountain Village and their tiger wine, which is primarily sold over the internet, is known as the “best in China.”

As the world’s wild tiger population goes extinct, these commercial facilities continue to churn out animals, born for the express purpose of making money. This is hardly the sort of existence owed to the tiger and we are frankly incredibly foolish to even think that this is permissible. Tigers play a vital role in our global ecosystem and as they are removed from the wild, their absence causes trophic cascades that eventually lead back to humans. We need to recognize that the tiger’s future is and always be intrinsically tied to our own. If we are content to let this species die out for the sake of aphrodisiac wine then we may as well go along with them.

But we do not have to accept this fate, instead, we can fight back and help this struggling species recover. There are countless individuals and organizations working to restore tiger habitat and shut down cruel facilities that exploit these big cats. You can help them by supporting the work of Panthera, WildAid, and WWF in partnership with the Leonardo Dicaprio Foundation.

One of the best ways you can help save the tiger species is to NEVER visit a facility that holds captive tigers and puts them on display for profit. Many attractions pose as “sanctuaries,” but if you see opportunities to take photos with captive cats or they have breeding programs, chances are they are nothing more than money-making scams. Share this article and encourage to speak up for tigers as well!

We can collectively cause the extinction of the tiger or work together to save them. We don’t know about you – but we’re all for the latter.