17 Big Cats Rescued From Circus Arrive at a Sanctuary in South Africa! 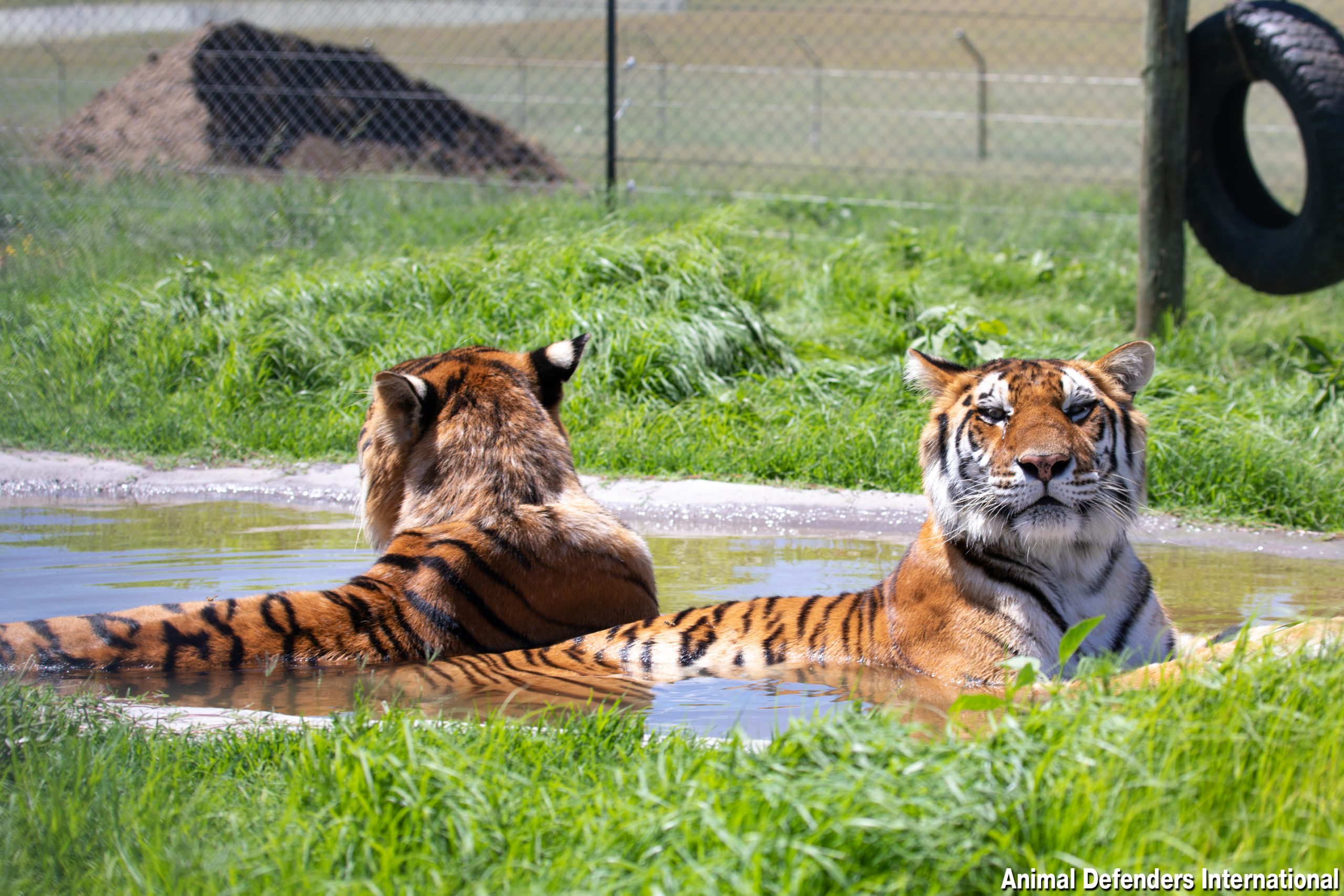 When Guatemala’s 2017 ban on wild animals in circuses came into effect in 2018, the government reached out to Animal Defenders International to relocate the wild animals who had been kept in captivity. Relocating so many big cats is no easy feat. There have to be sanctuaries with enough space and receiving enough donations to provide and care for them. Bonds between the animals also have to be respected. For instance, ADI would never want to separate Tarzan and Tanya, the two lions who share a special connection. Two months ago, three of the tigers — Max, Simba, and Kimba — were transferred to their new forever homes at Big Cat Rescue in Florida and they were clearly enjoying life for the first time!

Just recently, Operation Liberty, the rescue mission that has been underway for a long time was completed — 17 big cats arrived at their new home at the ADI Wildlife Sanctuary (ADIWS) in South Africa.

President of ADI, Jan Creamer told One Green Planet: “These animals have experienced a lifetime of suffering and abuse in circuses in Guatemala but those days are over. At the ADI Wildlife Sanctuary, our place of loving kindness, the tigers and lions can run, play, and explore their wonderful, natural surroundings under the African sun. The beginning of the rest of their lives, we could not be happier for them.” 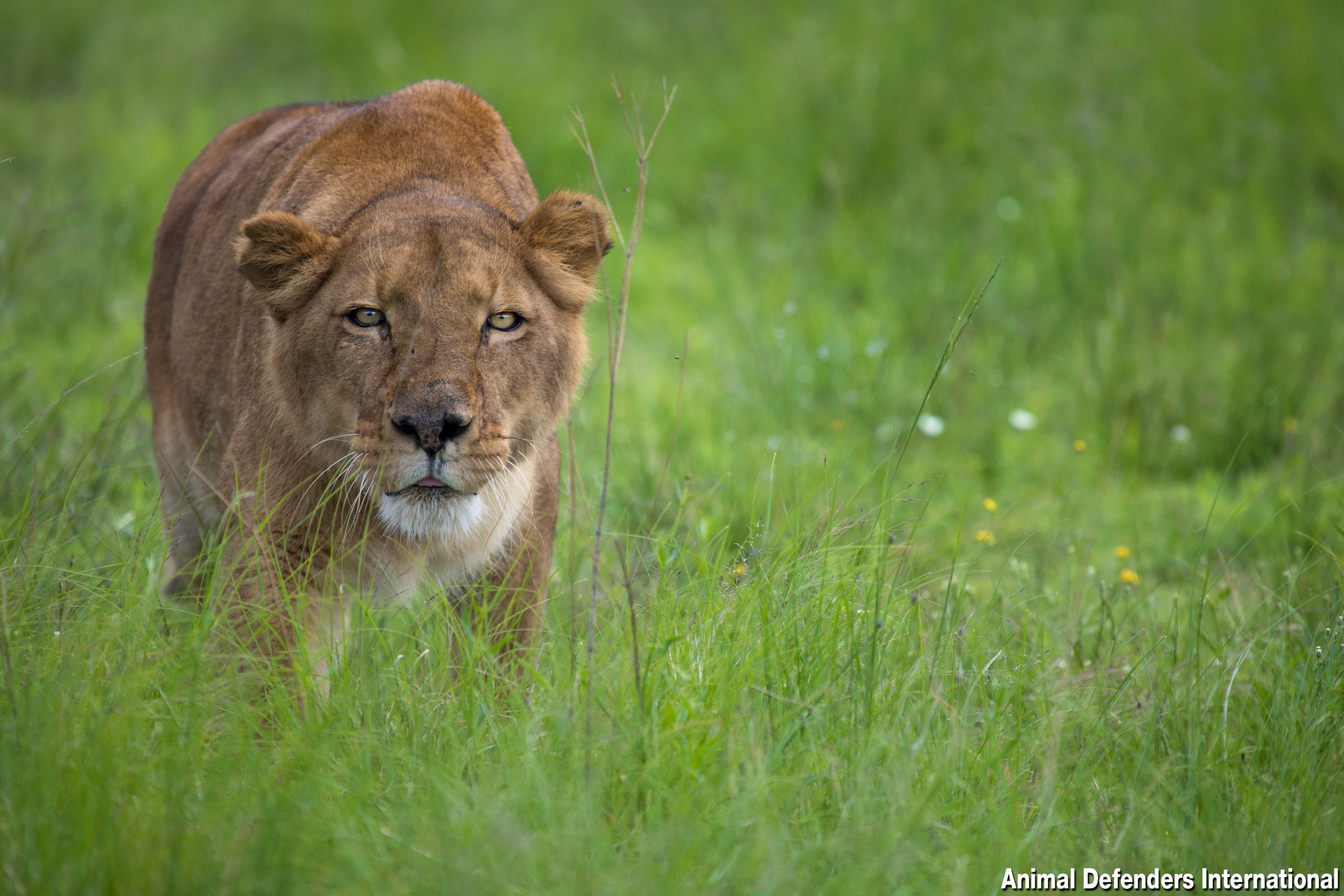 The journey from Guatemala to South Africa made stops in Mexico, Belgium, and Qatar. But the tigers were well taken care of. They were provided with in-flight meals and water. On January 21st, after over 34 hours of flying, the big cats arrived a the sanctuary.

Bongiwe Pityi-Vokwana, manager of O.R. Tambo International Airport (the cargo and logistics site) said: “The hard work of Animal Defenders International is a wonderful example of what can be achieved with such dedication and commitment. We wish the entire team involved, as well as the animals themselves, all the very best. With wildlife and our natural heritage under severe threat all around the world, we hope that this rescue will strengthen the resolve of all of us to play a greater role in conservation.” 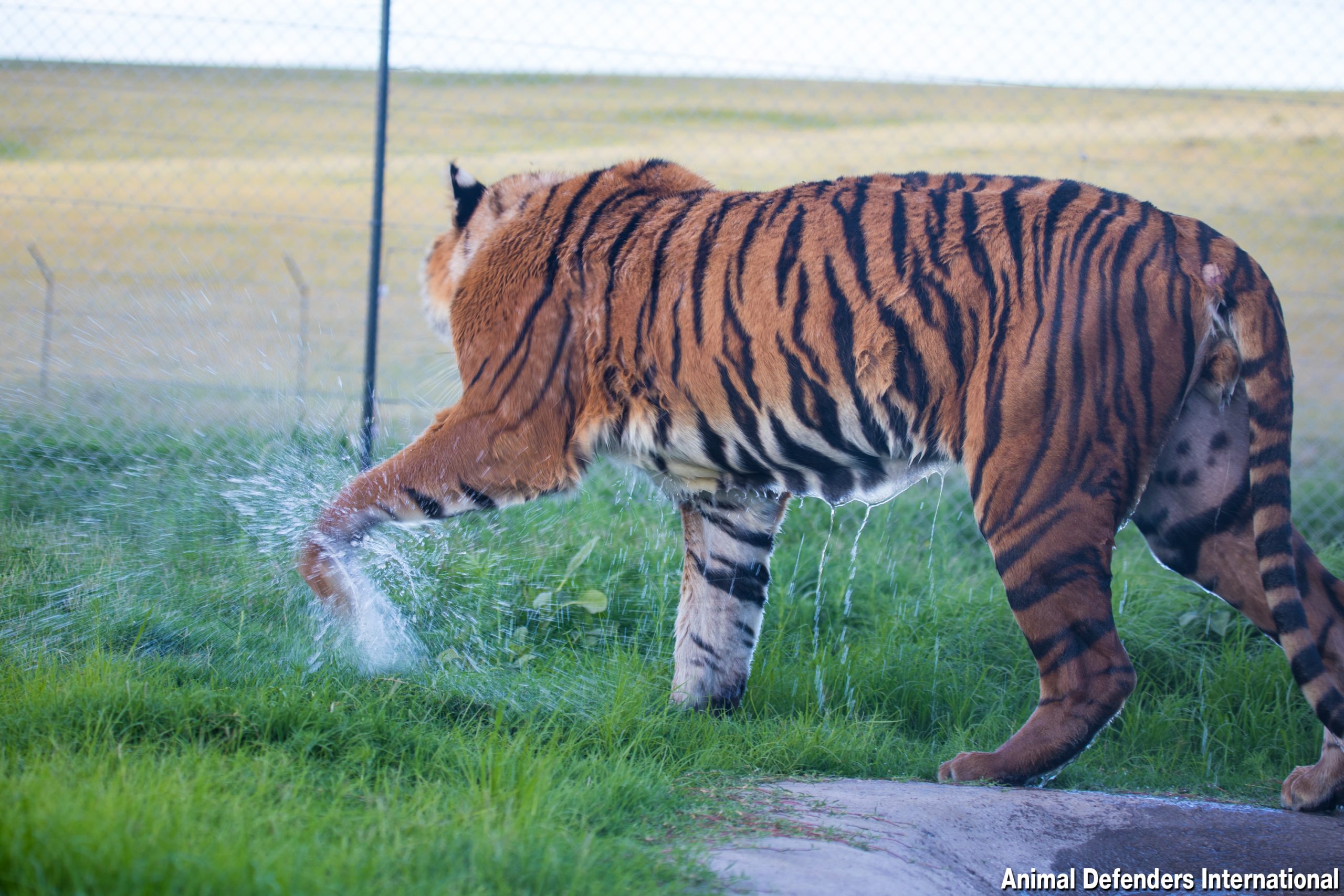 Operation Liberty was funded largely by GreaterGood.org who were happy to play a big role in the rescue of the wild animals from years of “neglect and abuse” to a place where they will “live and roam free for the rest of their lives,” according to CEO Liz Baker.

The sanctuary is nothing like the terrible conditions the animals were kept in during their time at the circus. They can now enjoy natural grassland with native trees, bushes, platforms, dens, and night houses. ADI told us: “The 5 lions have acres to enjoy in the natural homeland of their ancestors, while the 12 tigers have a huge 650,000 square feet Tiger Territory complete with a series of spring-fed pools for the tigers to play in.” With their arrival, the sanctuary is now home to 43 big cats! 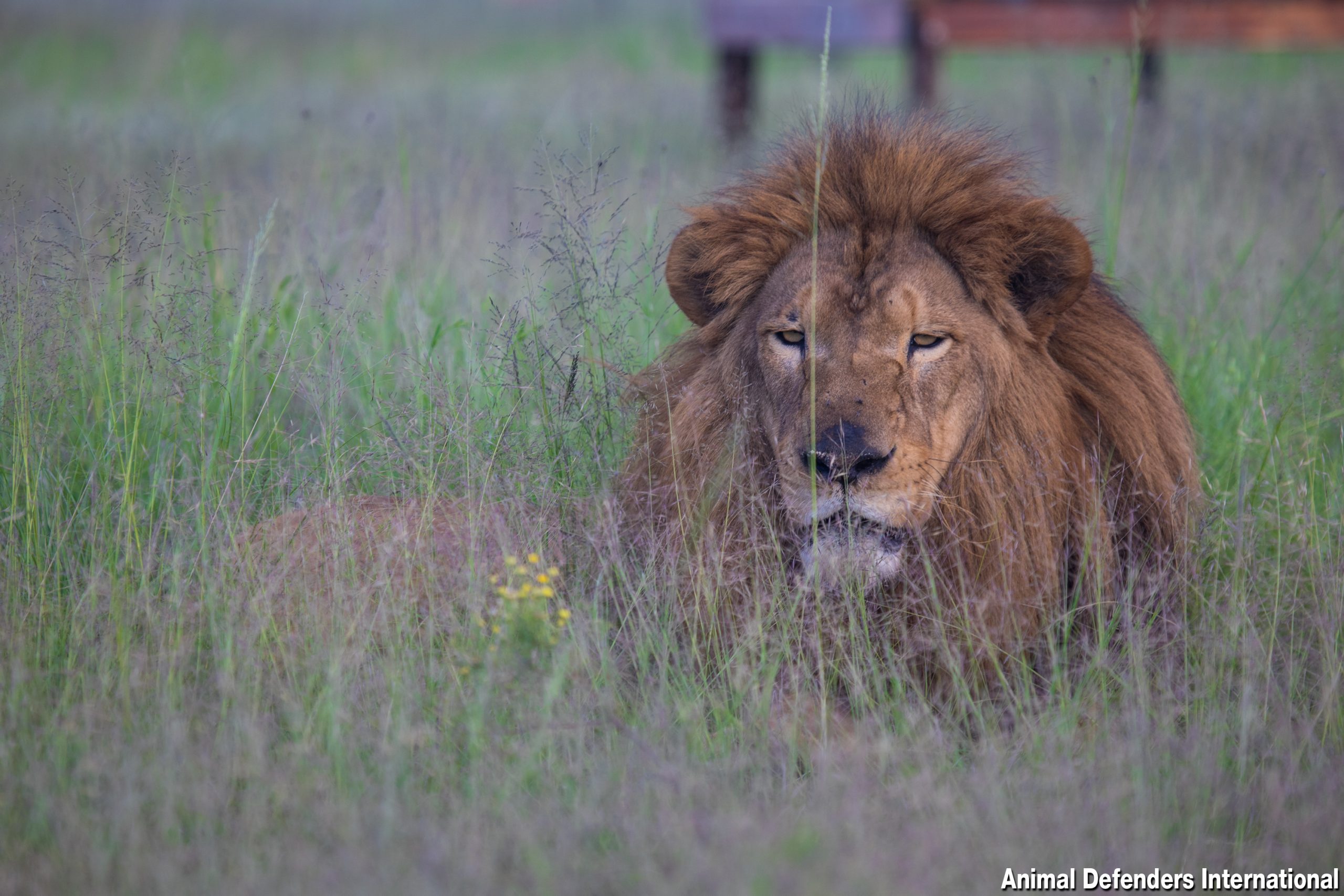 To help provide for the care of these animals, donate to ADIWS. And if you believe all wild animals should have the chance to live freely and in peace, sign this petition demanding a ban on the use of wild animals in circuses in the United States!