Here on One Green Planet, you can find a wealth of heart-warming, inspiring stories about animals that were rescued from deplorable situations. These stories illustrate the kindness and compassion of people and organizations across the world who are willing to raise their voices and take action for suffering animals in need.

While every rescue story serves as a little glimmer of hope indicating that the world is changing for the better, they also highlight the prevalence of many different forms of animal abuse. From dogs saved from puppy mills, to rabbits rescued from laboratory testing facilities, and exotic animals freed from their lives as domesticated animals – the individuals who are removed from these horrible circumstances serve as an example for many other animals continuing to endure similar challenges.

However, of the lucky few animals who escape situations of abuse, there are a select group who go on to advocate for animals like them who are still suffering at the hands of humans. These animal advocates “speak” from their first hand account living on factory farms, or being forced into a dog fighting ring, and tell the world about the thousands of other animals who need help as well.

This list of animals is but a small selection of amazing advocates, but as you learn more about these special individuals we hope you will be motivated to learn more about the causes they represent and how YOU can join them in their mission to end abuse for all animals!

This dynamic duo are both puppy mill survivors who were rescued thanks to National Mill Dog Rescue. Both Teddy and Harley have their own Facebook pages where they post news about Anti-Puppy Mill legislation and upcoming mill dog rescue missions. Every year these brave pups set out with their kind human guardians to rescue other dogs from puppy mills. So far, “Harley to the Rescue,” an effort headed by Harley and greatly supported by Teddy has saved 364 dogs from puppy mills.

Most people don’t realize that when you purchase a dog from a pet store that these animals likely came from puppy mills. These large-scale breeding facilities treat the animals in their care like commodities and they are forced to breed continually while living in squalor. Both Harley and Teddy bear the scars of their time in puppy mills. Little Harley lost an eye due to improper veterinary care, and Teddy was terrified of humans and had severe dental issues.  The dynamic duo have now recovered and are loving their freedom. They share the dream of ending puppy mills forever and get one step closer every day! 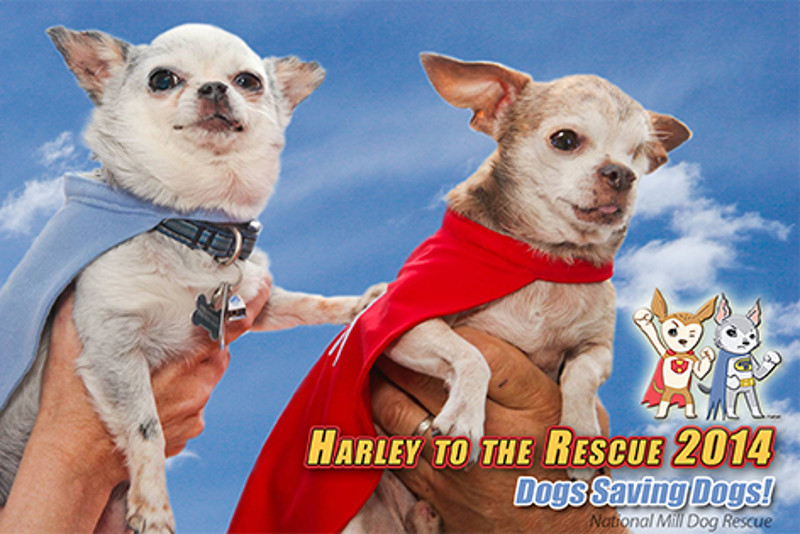 Like all of the rescued farmed animals who reside at Edgar’s Mission Farm Animal Sanctuary, Timmy Sheep has a unique personality. This happy little sheep is an animal advocate with Edgar’s who travels with sanctuary founder, Pam Ahern, spreading the word that farm animals are “someones, not somethings.” Edgar’s Mission is committed to spreading the word of kindness and encouraging every living human to reassess their relationship with farmed animals (and every other living creature too!) for the better.

Timmy is a sweet, intelligent sheep who was rescued by Edgar’s Mission when he was no more than one week old. Having been saved from life in the wool or meat industry, Timmy Sheep is determined to show the world that farm animals deserve the same care and respect as any domesticated animal – and he does it all while being super fuzzy and hug-able! 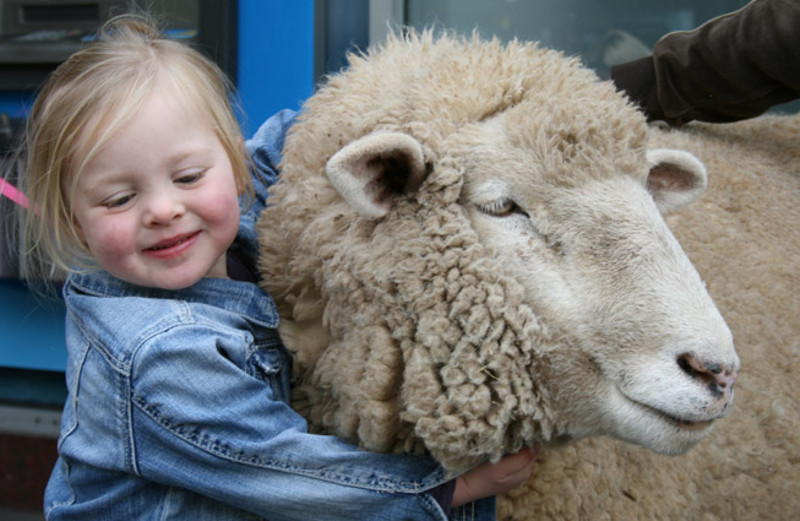 Ray, the Pit Bull, once lived in Michael Vick’s Bad Newz Kennel. This kennel had little to do with caring for dogs, and everything to do with fighting them for profit. Ray, is one of 51 dogs rescued from this illicit dog-fighting ring. After their rescue, this group of abused Pit Bulls were renamed the “Vicktory Dogs” by the Best Friends Animal Society and began the process of rehabilitation with the hopes of being adopted.

Ray was adopted into a forever home and now spreads the word about dog fighting and works to dispel the damaging stigma that Pit Bulls are vicious and aggressive. The danger of Pit Bull stereotypes is the proliferation of Breed-Specific Legislation that prohibits the guardianship of bullie-breeds in certain states and municipalities. As a former fighting dog, Ray does away with these silly stereotypes and is set on showing the world that dogs like him just want to love and be loved, not fight! 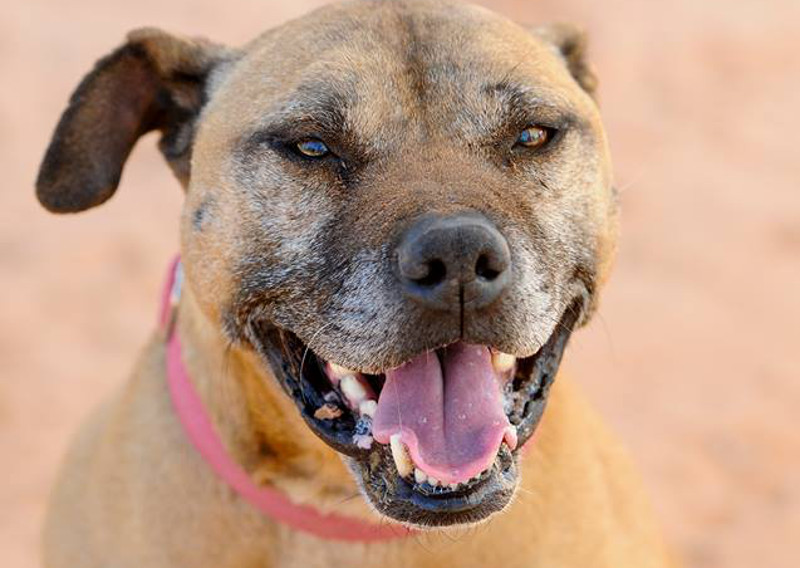 Bobby II is a rescue horse unlike many others. This special horse is a former NYC Carriage Horse. After serving seven years carrying the weight of a 2,000 pound cart and countless tourists, Bobby II was rescued by Equine Advocates. Due to the secretive nature of the horse-drawn carriage industry, very few horses are rescued from this life. When a carriage horse is too old, or too lame to work, they are auctioned off by their drivers. The only way to distinguish a carriage horse from any other work horse is by a numerical carving in their hooves. Most carriage drivers sand off these numbers to ensure the horses being sold to slaughterhouses are never connected back to the booming tourism enterprise.

Bobby II, however, maintained his carriage horse number and activists from the Coalition to Ban Horse-Drawn Carriages and Equine Advocates were able to arrange for Bobby’s rescue. This old horse shows the scars of his years in this cruel industry, but his rescue and story serves as motivation for ending the horse-drawn carriage business. 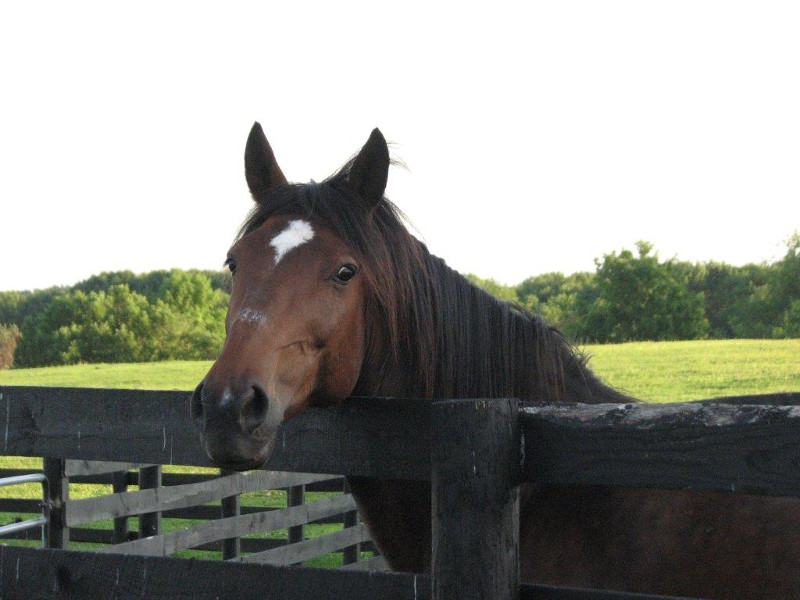 After Serving Seven Years as a Carriage Horse, Bobby II Goes to an Equine Sanctuary

Tasha the cougar is a magnificent big cat who was rescued by The Wildcat Sanctuary. This cougar was born into the exotic animal trade, kept as part of a dilapidated petting zoo in Ohio. Tasha was used for breeding other big cats for most of her life, living in a small garage utterly unfit for an animal of her size and strength. Tasha was able to escape her prison and was discovered wandering down a highway. She was then sent to live in a USDA certified facility where she was placed in a 10×20 foot cage. This wild cat is one of thousands of big cats that are forced to live in unnatural habitats where they are unable to express their natural behaviors, and pose a real threat to the well-being of the people who are unprepared to care for them.

Since her rescue, Tasha has been enjoying the space and freedom she is allowed at The Wildcat Sanctuary, and while she is a beautiful addition to the sanctuary, her story tells the sad fate of many big cats in the United States. The legislation to protect big cats from domestic ownership is sparse to say the least. It is legal to own big cats in 20 states, and in seven you don’t even need a permit to do so. Tasha advocates for big cats everywhere spreading the fact that we must remember to keep the wild in our hearts – not our homes! 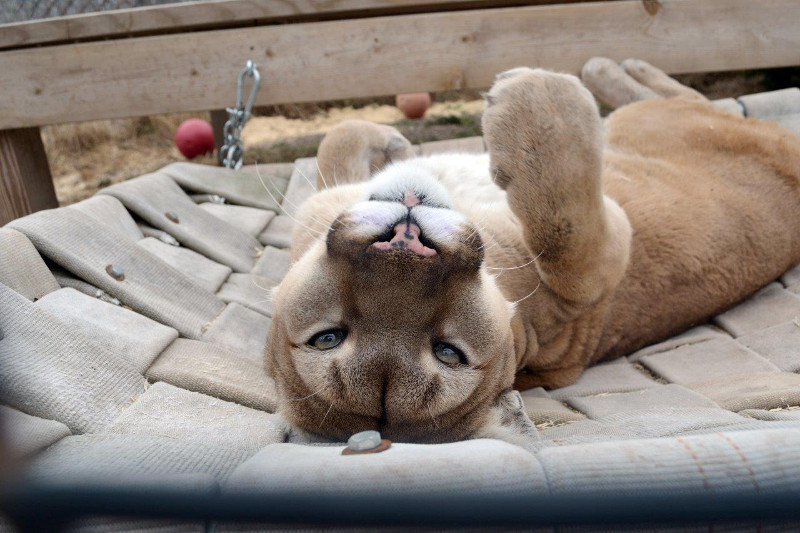 Keep the Wild in Your Heart, Not Your Home: The Story of Tasha the Cougar