5 Reasons Why PitBulls are Misunderstood 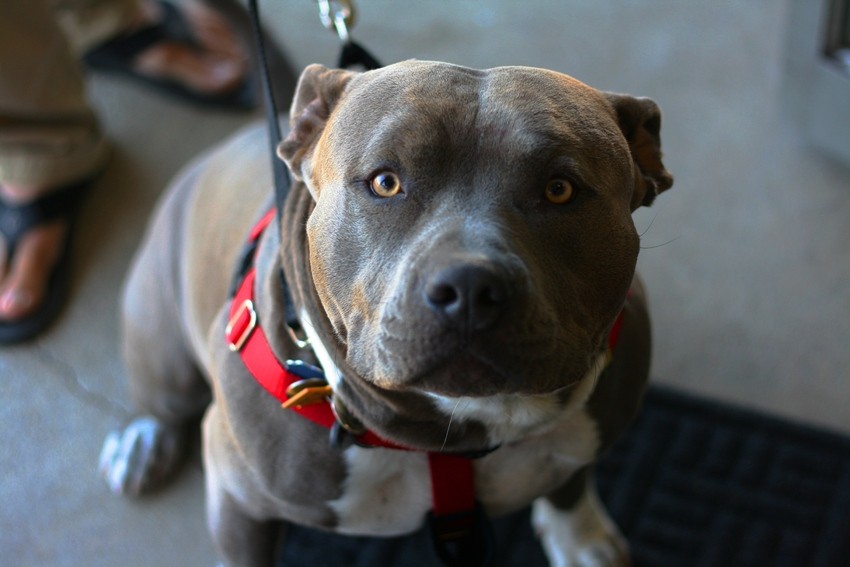 Many years ago, pit bulls were considered “Nanny dogs” because of their loyalty and gentleness toward their guardians. They were also once an American favorite, earning the title “America’s dog.”

Today, pit bulls remain largely misunderstood because of irresponsible owners, sensationalist news stories, and the proliferation of myths. As a result, breed-specific legislation (BSL) has popped up in cities across the U.S. that either greatly restricts or completely bans pit bull dogs as pets.

The stigma that marks pit bulls has also contributed to their rise in U.S. shelters. One in four of all animals brought into shelters are pit bulls, and their average euthanasia rate hovers at 93 percent across the board.

However, if given the chance, pit bulls can be very loving companions, and in some communities, they have even become heroes, saving people and their guardians from harm.

Discover the top five reasons pit bulls are misunderstood below, then help debunk these myths by telling your family, friends, and social media followers the real truth about pit bulls.

Myth 1: Pitbull is a breed of dog

Therefore, the term “pit bull” often designates how a dog looks and not a breed itself, typically leading to a larger degree of misplaced blame on these dogs.

Most people cannot actually spot the difference between a true American Pit Bull Terrier and other breeds. (Try to see if you can yourself with this test from Pit Bull Rescue Central. Find the answer key here.)

In order to combat cruelty and misconceptions of all kinds, animal advocacy groups use the collective term “pit bull” to protect all breeds that are victimized because of their bully appearance.

Myth 2: Pitbulls are born to fight

Pit bull dogs are not born ready to rip into another dog, animal, or human being. They are trained to fight by people who are interested in making a profit and providing “entertainment” in the form of a dog fight.

These dogs are forced to fight to the death in many instances, and those who cannot go on are abandoned, or killed by electrocution, gunshot, or other cruel means. It is then not the dogs who are cruel and vicious, but rather those behind their training.

Pit bulls are not inherently dangerous. Like any other dog, they can become violent, aggressive, and mean through a lack of training, abuse, neglect, irresponsible ownership and breeding as well as a lack of attention to health and temperament issues. If they are treated with respect and trained properly, pit bulls will be less likely to exhibit negative traits—just ask a loving pitbull adopter! (Again, it’s important to note that any dog can have aggression problems or display aggressive behavior.)

This myth, like the others, is completely false. According to the ASPCA, there is nothing “unique about the anatomy of [a] pit bull jaw.” What’s more, leading veterinary experts including Dr. Howard Evans and Dr. Sandy deLahunta, both of Cornell University, have stated that there is “no such thing as a ‘jaw locking’ in any breed,” as reported by Pit Bull Rescue Central.

Pit bulls do indeed have strong jaw muscles and their fighting style is one that involves grabbing and shaking, but that does not mean once they get a grip they can’t or won’t let go.

Dog bite statistics are often unfairly skewed to paint pit bulls as the primary perpetrators. Moreover, dog bite or attack stories involving a bully breed are typically written in a way that demonizes the dog and sensationalizes the story, further fueling fear and misconceptions about pit bulls.

According to the American Veterinary Medical Association, “It is not possible to calculate a bite rate for a breed… [because] mixed breeds are commonly described as purebreds … [and] the actual number of bites that occur in a community is not known … if they did not result in serious injury.”

This is not to say that certain dogs are not responsible for bites or attacks. Rather, it highlights that perhaps there is more to the story than is actually being reported (i.e. poor training and care, and in some cases, the victim has actually provoked the dog).

Find out more about pit bulls from Pit Bull Rescue Central and BadRap.