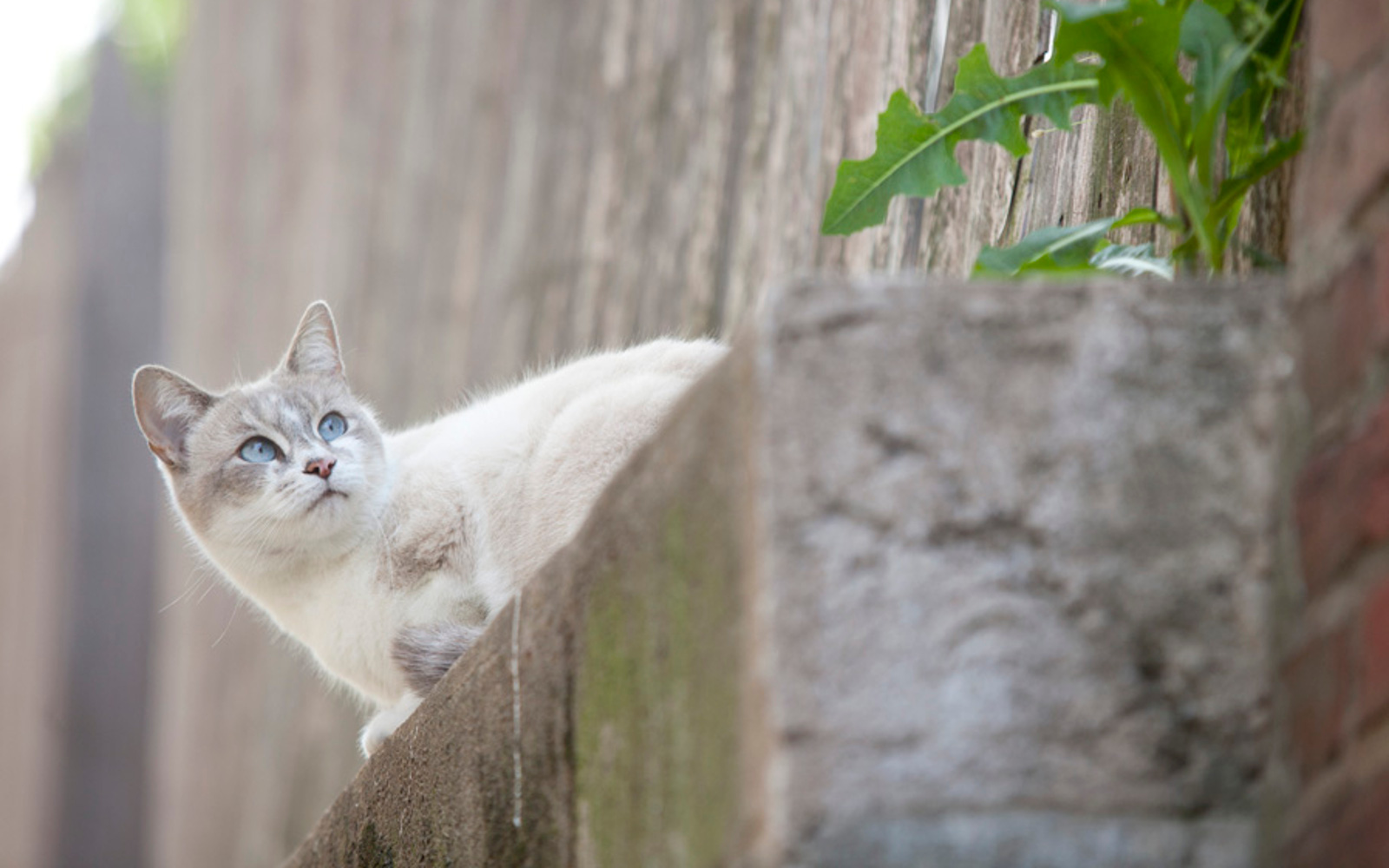 If a cat wandered across your path while you were out walking in your neighborhood, what would you think? Most likely you would assume that the cat lived in a home and has a guardian. For the most part, the cats we encounter everyday are domestic cats, perhaps they’re outdoor cats or maybe they’ve escaped through the doggy-door, but these cats definitely live in someone’s home. Right?

Actually, no, this is not always the case. Many of the cats we encounter outdoors are actually strays, living amongst a community of feral cats. In the U.S. there are approximately 70 million stray animals that populate our streets and neighborhoods. And despite this rather overwhelming number, homeless animals are predominantly overlooked. Whether we never see these animals because our towns have a rigorous trap and kill program, or we have simply been trained to ignore animals that don’t “belong” to us, assuming they are someone else’s problem, these 70 million beings have fallen through the cracks of our lauded system of domestication.

Since we have normalized the concept of domesticated dogs and cats into our worldview we seemingly can’t even imagine that these animals would even be able to exist outside the comforts of our homes. As the result, we have created a very fractured and marginalized image of what life for a “stray” animal is like.

So what does life for an animal that doesn’t call a human’s house “home,” look like? This is a question Elizabeth and Jason Putsche have set out to answer.

The Mysterious Lives of Community Cats

Jason and Elizabeth Putsche are quite the extraordinary couple. Combining Elizabeth’s background working in animal rights and protection, with Jason’s photography expertise, the pair recently founded Photographers for Animals, a non-profit that aims to “build glass walls” around the animal world. Using photographs and videos, the couple are removing the invented boundary separating humans from the animal world, helping to raise awareness for all orders of animals that would be otherwise overlooked and marginalized.

Community cats are one of the first subjects that Photographers for Animal has taken on. As Elizabeth Putsche explains to OGP, this is because, “there is a stigma and perception about stray and feral cats. They aren’t always presented in the best light,” she continues,”for example when portrayed in cartoons, they are dirty and digging through garbage cans — and they can be wary of people and as nocturnal animals they just aren’t that visible.”

We assume that when cats aren’t carefully kept in the care of a human, they suddenly become dirty, unkempt, disease-ridden species. And largely, this negative perception has lead to the development of inhumane programs and systems that lead to the unnecessary deaths of millions of cats and other animals every year.

Putsche tells OGP,” in reality, they [feral cats] are beautiful creatures,” and in fact, “Community cats are quite adept at living outdoors. We have seen longed haired cats, perfectly groomed, that could just as easily be sitting in someone’s living room.” 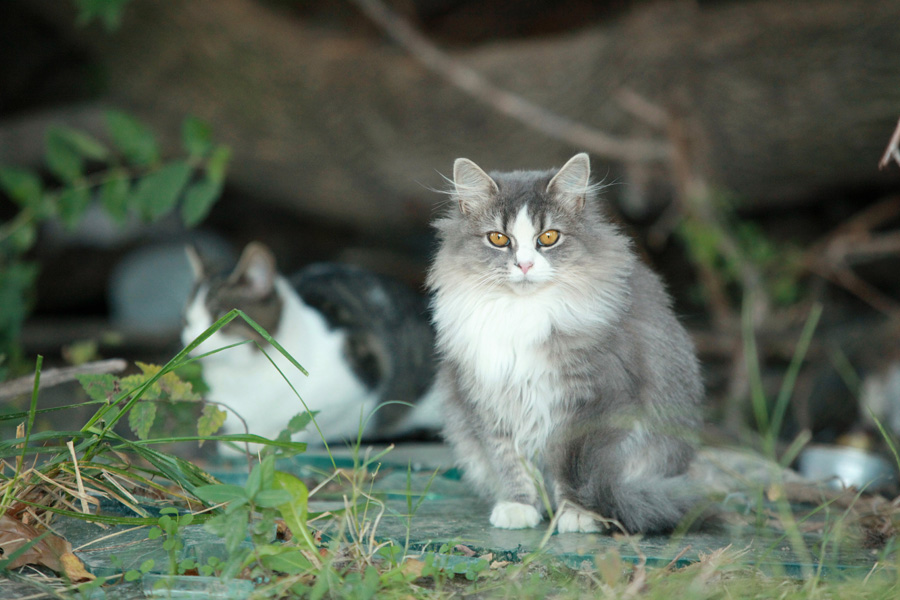 Feral cats possess all the natural instincts a house cat would, if not more so because they have learned how to hunt, where to take shelter, and how to interact with the world around them.

Putsche elaborates, “Many people think all cats belong inside,” and as the result, when they see a cat outdoors they think, “[that] must be someone’s pet that got out, or that the cat needs help or needs a home. “In this manner, many people feel obligated to call animal control and report the stray animal. “They think they are helping the cat by getting it to a shelter where they can be adopted — when really millions of cats have never spent a minute inside a house, nor would they want to.”

Additionally, by reporting this cat and turning them into a shelter, they may be endangering the cat’s life. Depending on the area, the cat could be taken to a high-kill shelter and ultimately put down, despite the fact that is was perfectly healthy and able to survive. 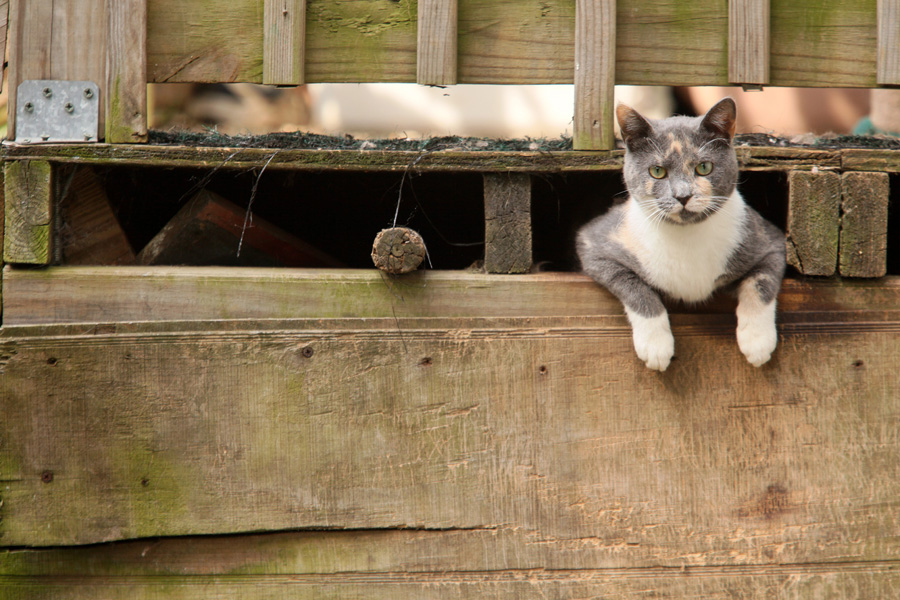 The mission behind the Putsche’s  “Community Cat” project is to change our perceptions towards feral cats and show how they can be a perfectly symbiotic part to our world.

Putsche tells OGP, “In other areas, especially more rural areas, cats are always outdoors. They are part of the landscape, and many times serve as rodent control. We want people to know that all cats have homes — they just aren’t all with people.

Additionally, the project aims to show that there are humane alternatives to shuttling stray cat communities into shelters.

“There are ways to improve an outdoor cat’s life, through Trap-Neuter-Return. But even if you do nothing — the cats are still ok outdoors,” says Putsche.

A Better Solution for Community Cats

Of the 70 million stray animals that live in the U.S. only about six to eight million make their way into the shelter system. Only about three or four million of animals in shelters are adopted into homes.

Putsche tells OGP, “Nationally, over 70 percent of all cats that enter shelters are killed there — on top of that, feral cats are not socialized, so they can’t be adopted.” 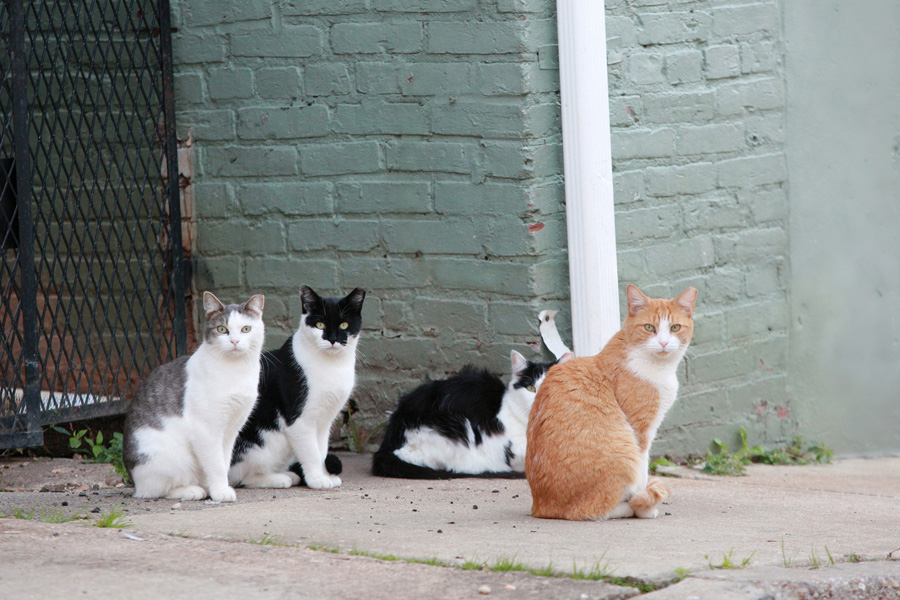 By integrating TNR programs into shelters, cats that aren’t adopted can be released back into their community. Putsche formerly worked with Alley Cat Allies, the national non-profit dedicated to the protection of community cats, and has seen the success of TNR programs in action. By trapping stray cats, bringing them to be neutered or spayed, docking their ears to indicate they’ve been neutered, and then releasing them back into the community, neighborhoods can better control stray cat populations and learn to live in harmony with their feral friends. 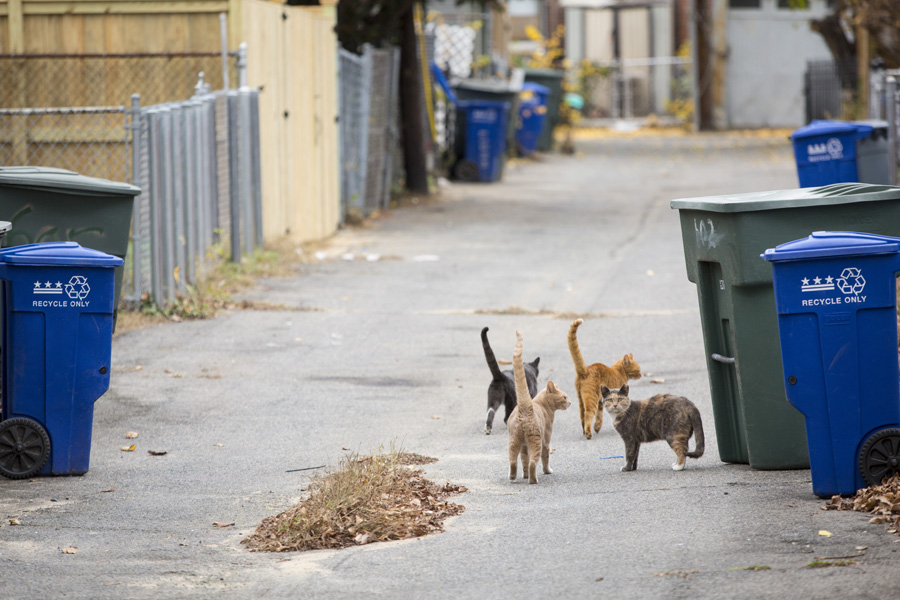 The photos of cats with docked ears featured in “Community Cats” represent cats that have been part of a TNR program. Putsche tells OGP, “More and more cities are adopting TNR ordinances and policies. Not only are they saving cats’ lives, they are saving money — tax dollars and donations. It costs a lot to kill one cat — let alone millions.” 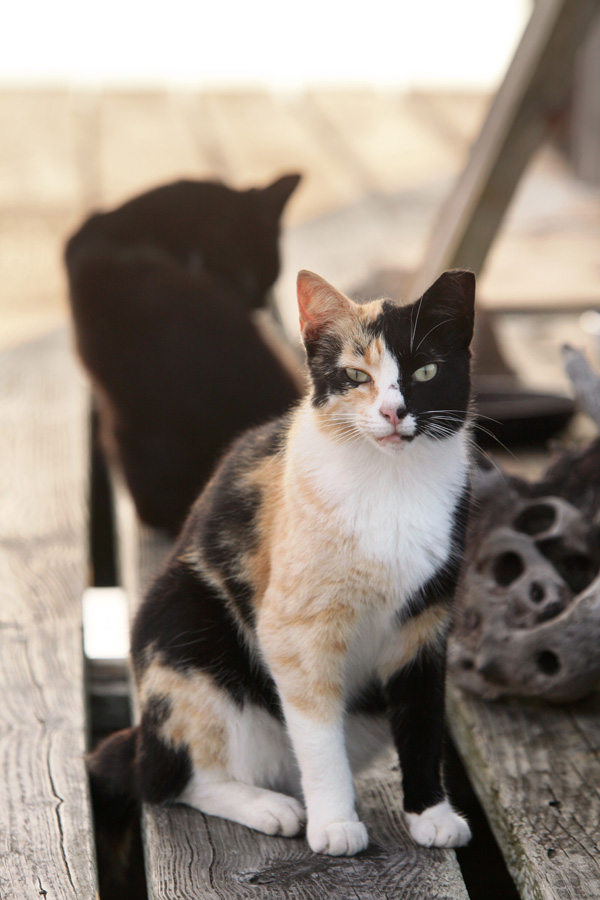 In this manner, Photographers for Animals hopes to bring awareness to the animal rights issues that rarely get our attention. When people see stunning images of cats living happily outdoors in a community independent of humans, they are inspired to learn more and to explore options like TNR programs to help preserve these beautiful animals. 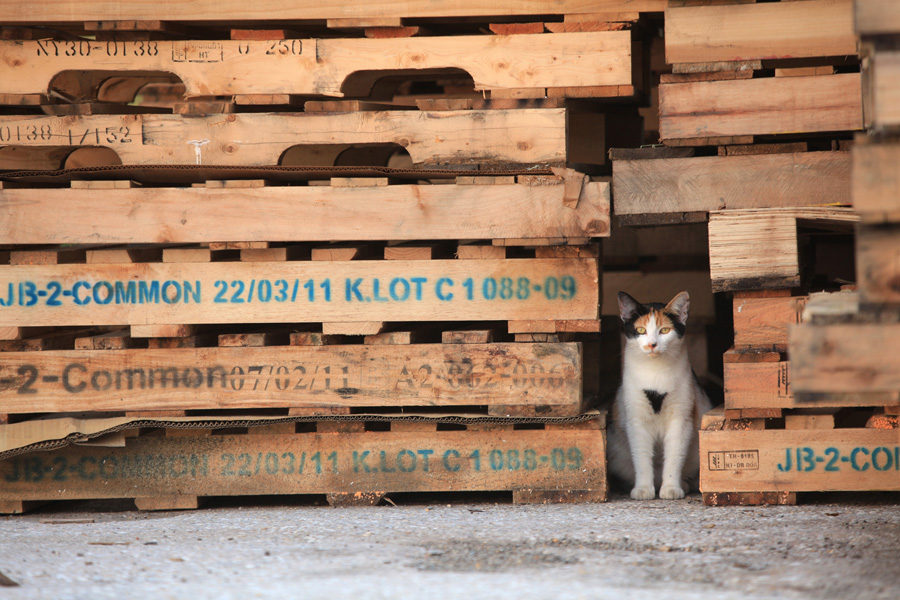 Putsche tells OGP, “We want people to see these beautiful cats — and recognize that they deserve the same respect and protection that we afford our pet cats at home. Whether someone chooses to go to the next level and help trap and neuter the cats in their community or not — there is no reason these cats should killed in animal shelters.”

Every animal has a right to exist on its own terms, without the intervention of humans … even if those interventions are of the best intention.

Check out the many beautiful faces Jason and Elizabeth have captured. Share these images and help them in their mission to save community cats. 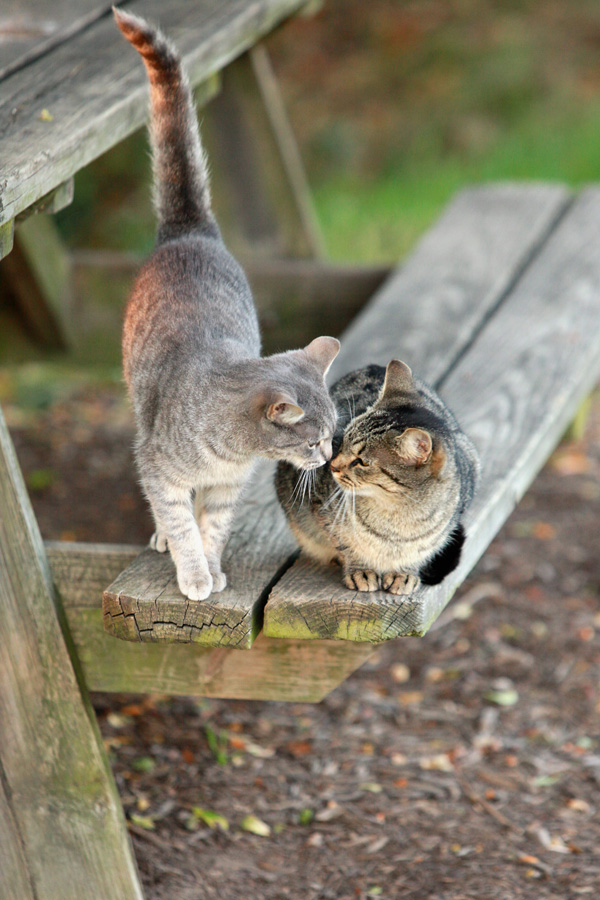 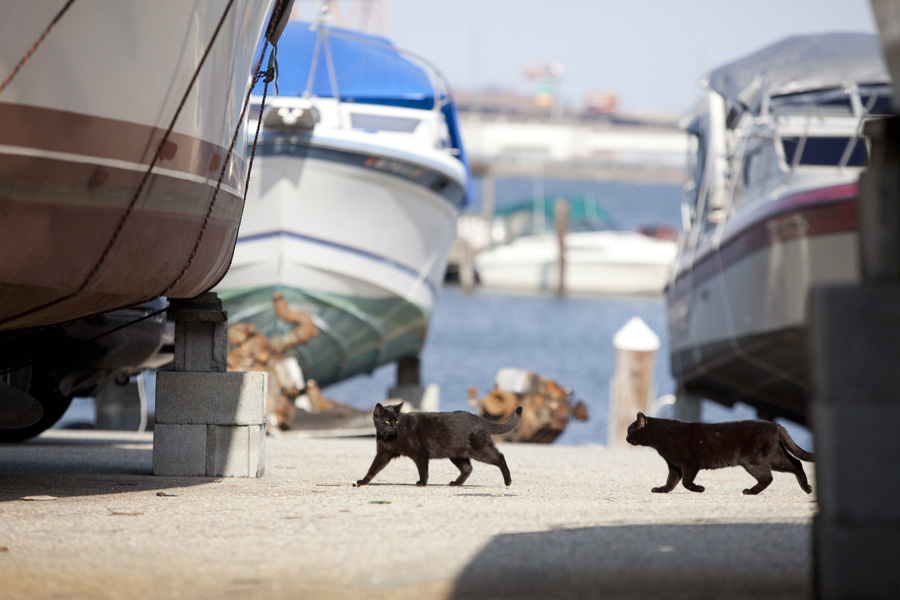 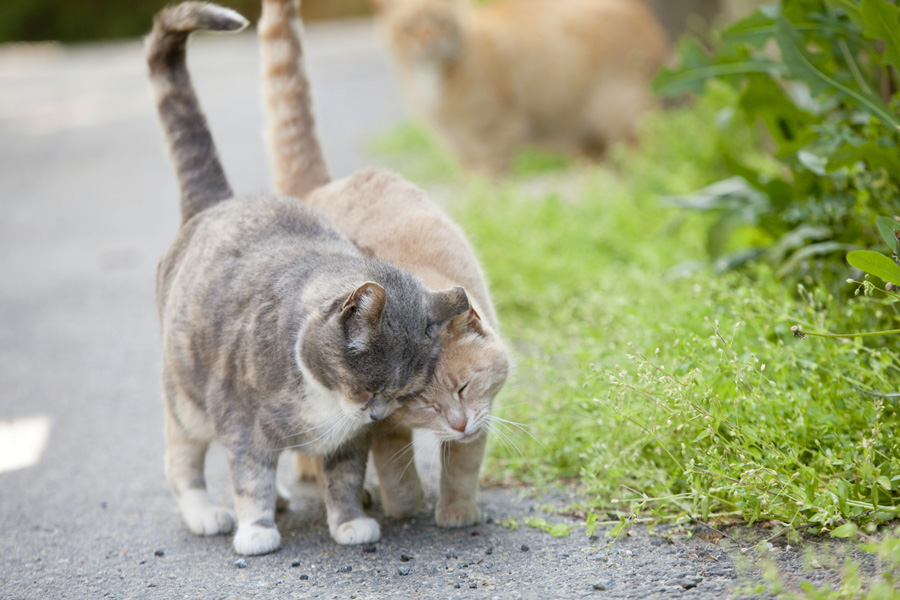 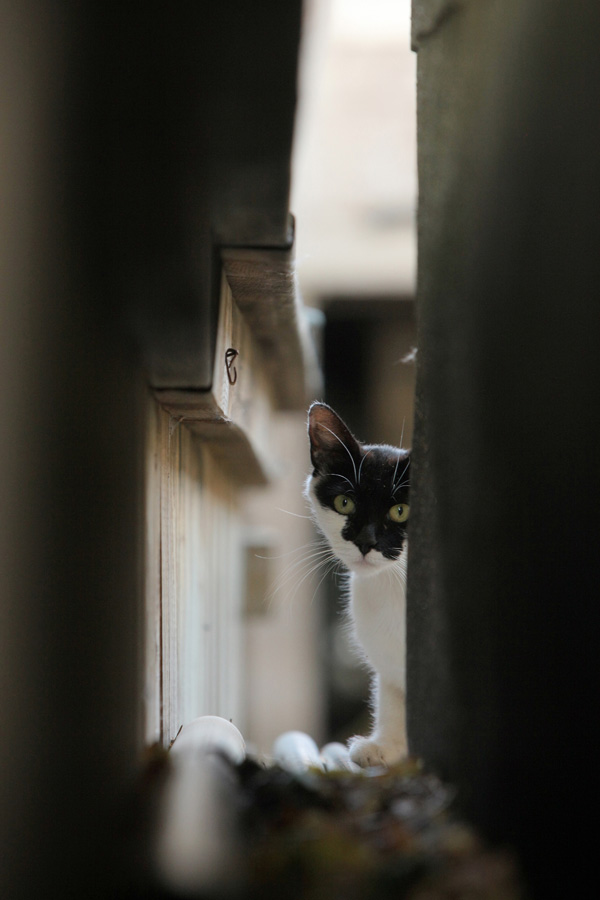 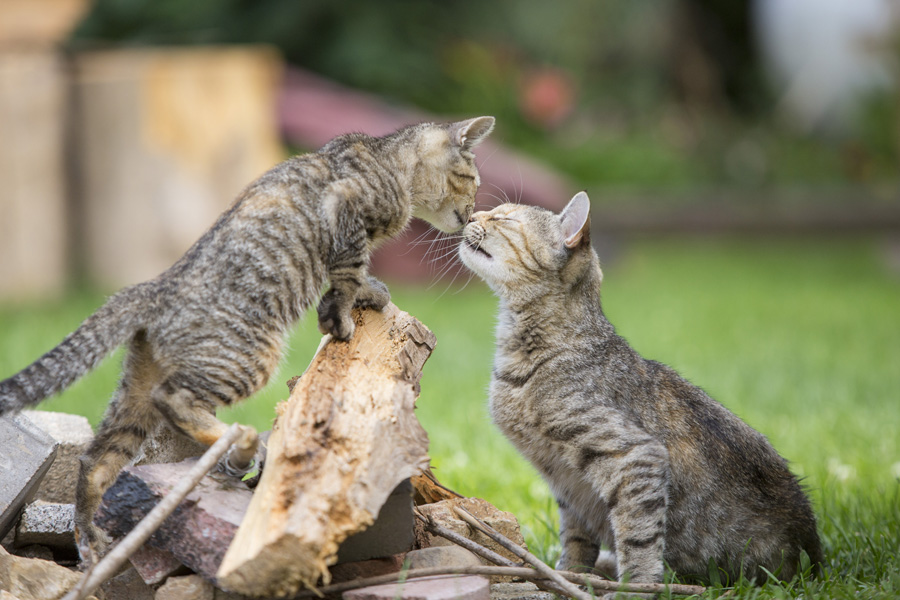 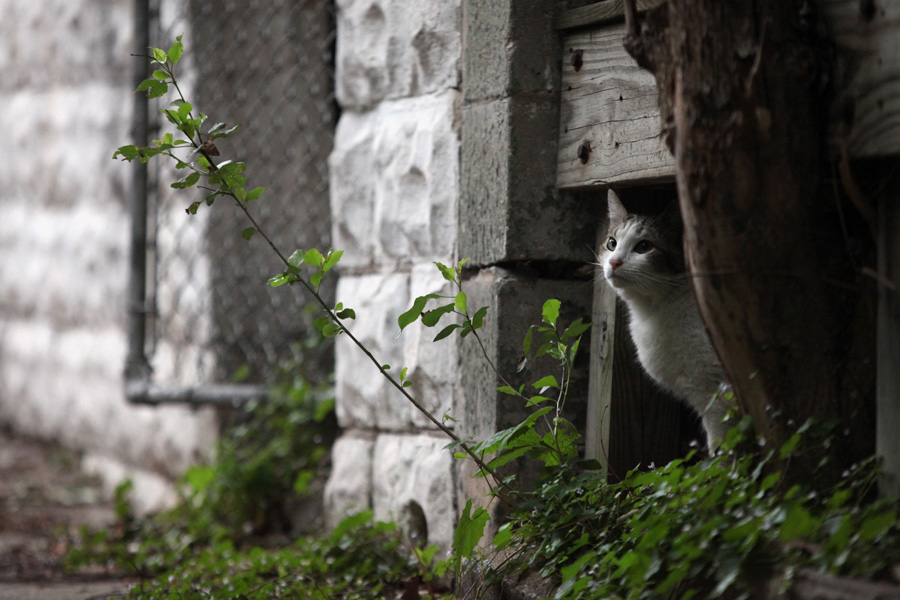 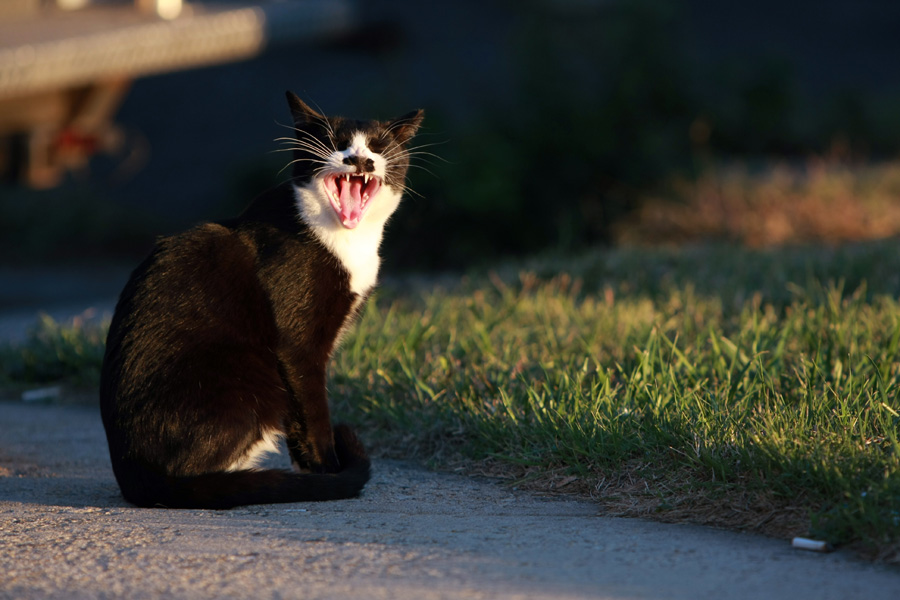 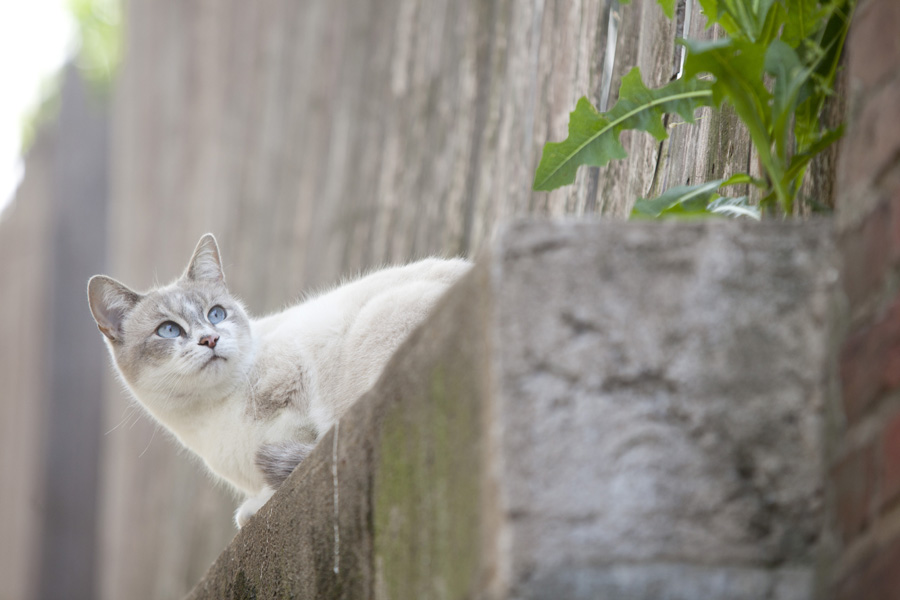 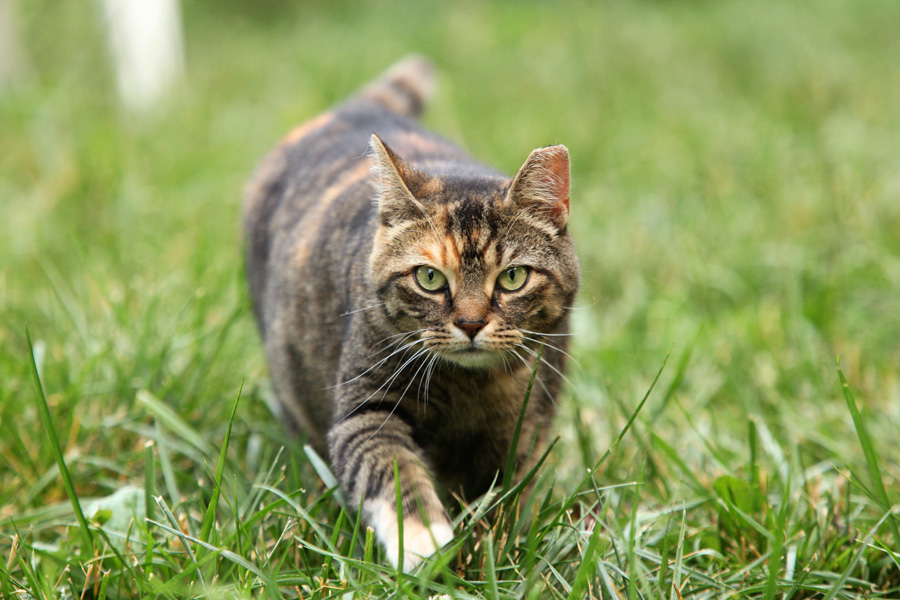 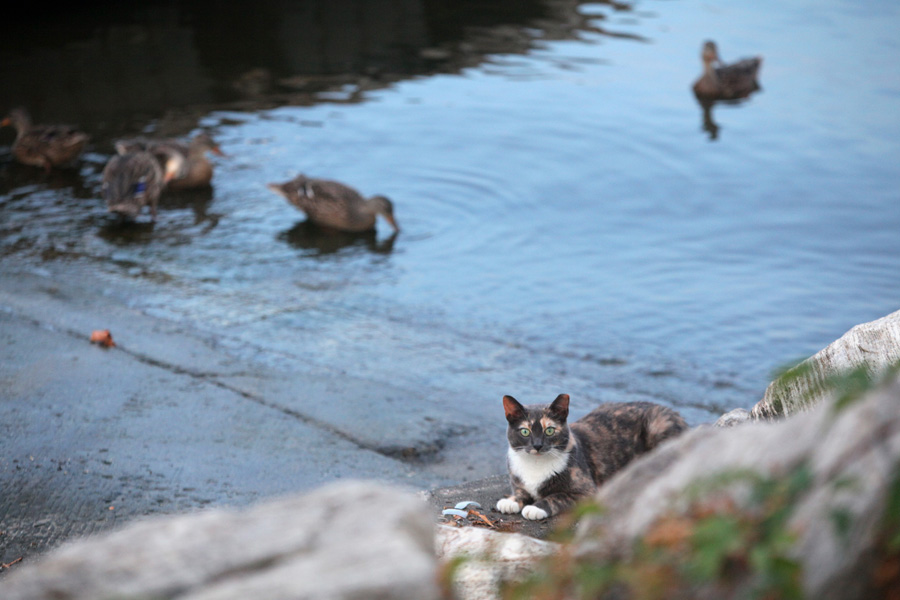 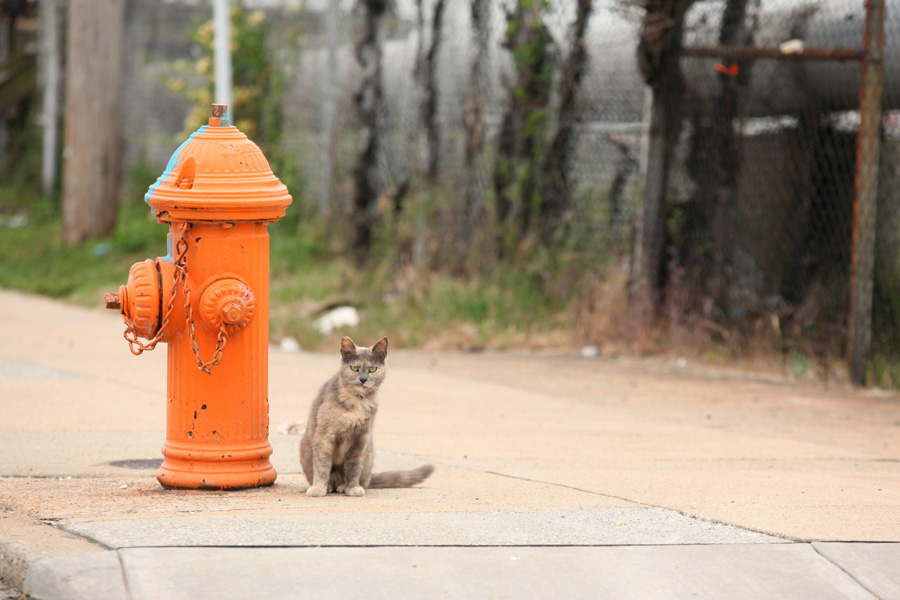 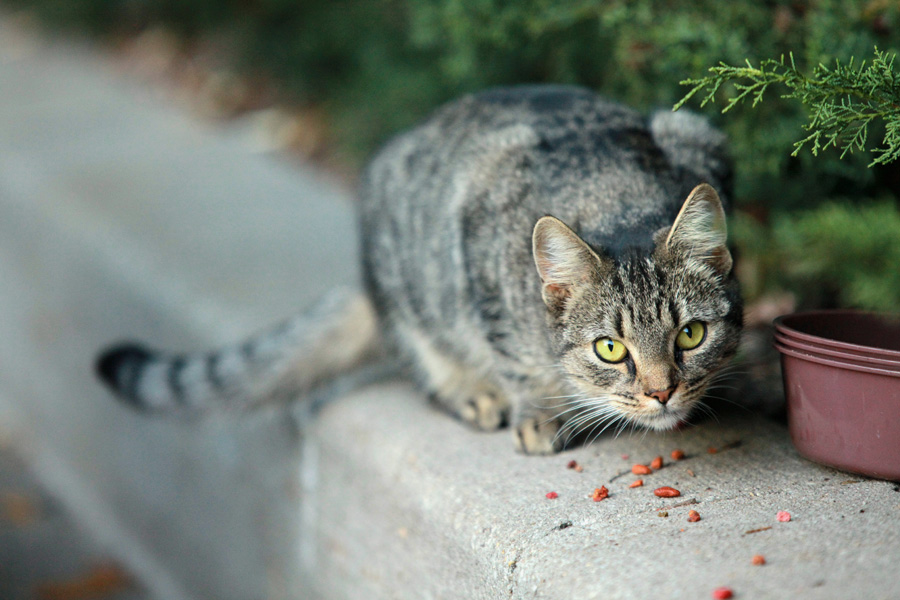 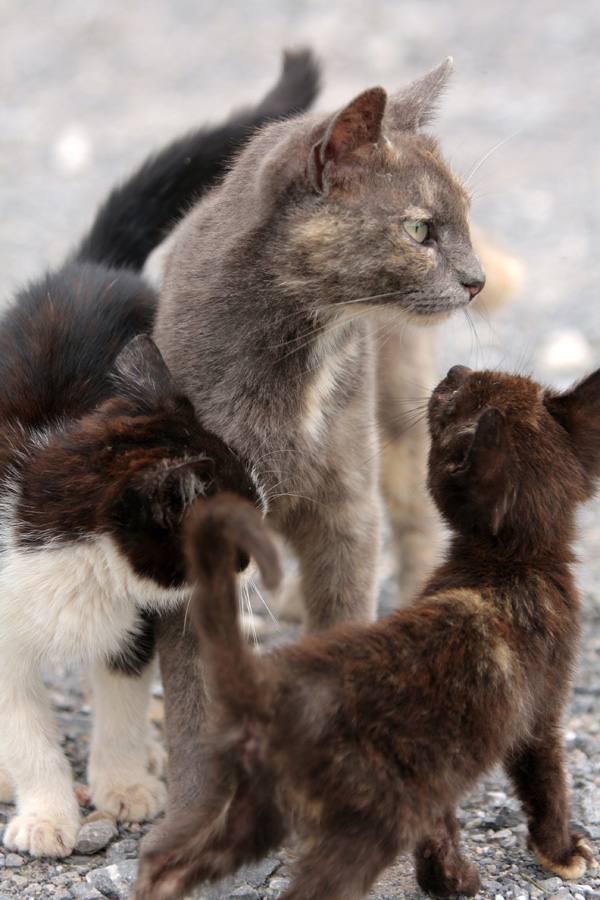 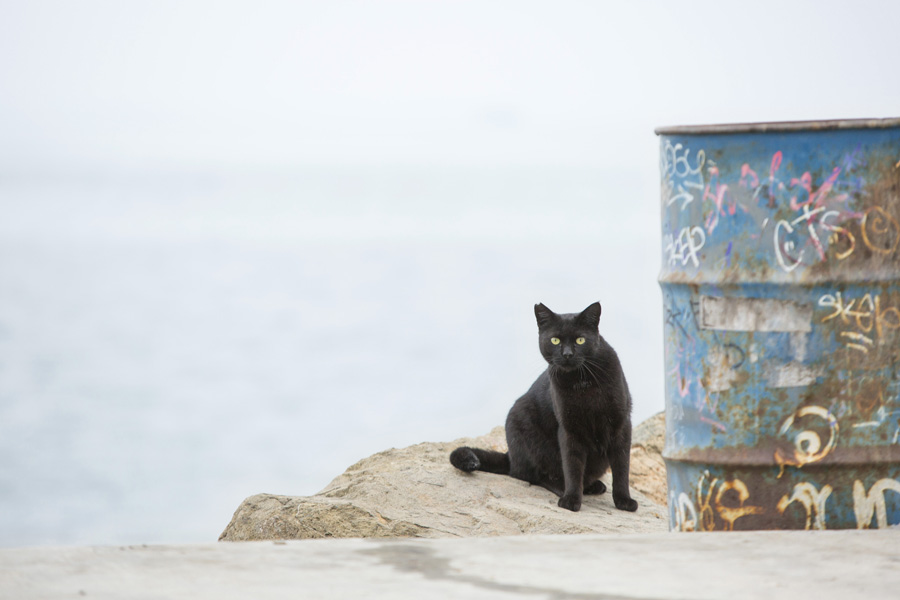 To learn more about how you can advocate for feral cats, check out Alley Cat Allies. To follow the work of Photographers for Animals, check out their website and Facebook page.