From Research Lab to Recovery, Xander the Cat Advocates for Lab Animals Everywhere! 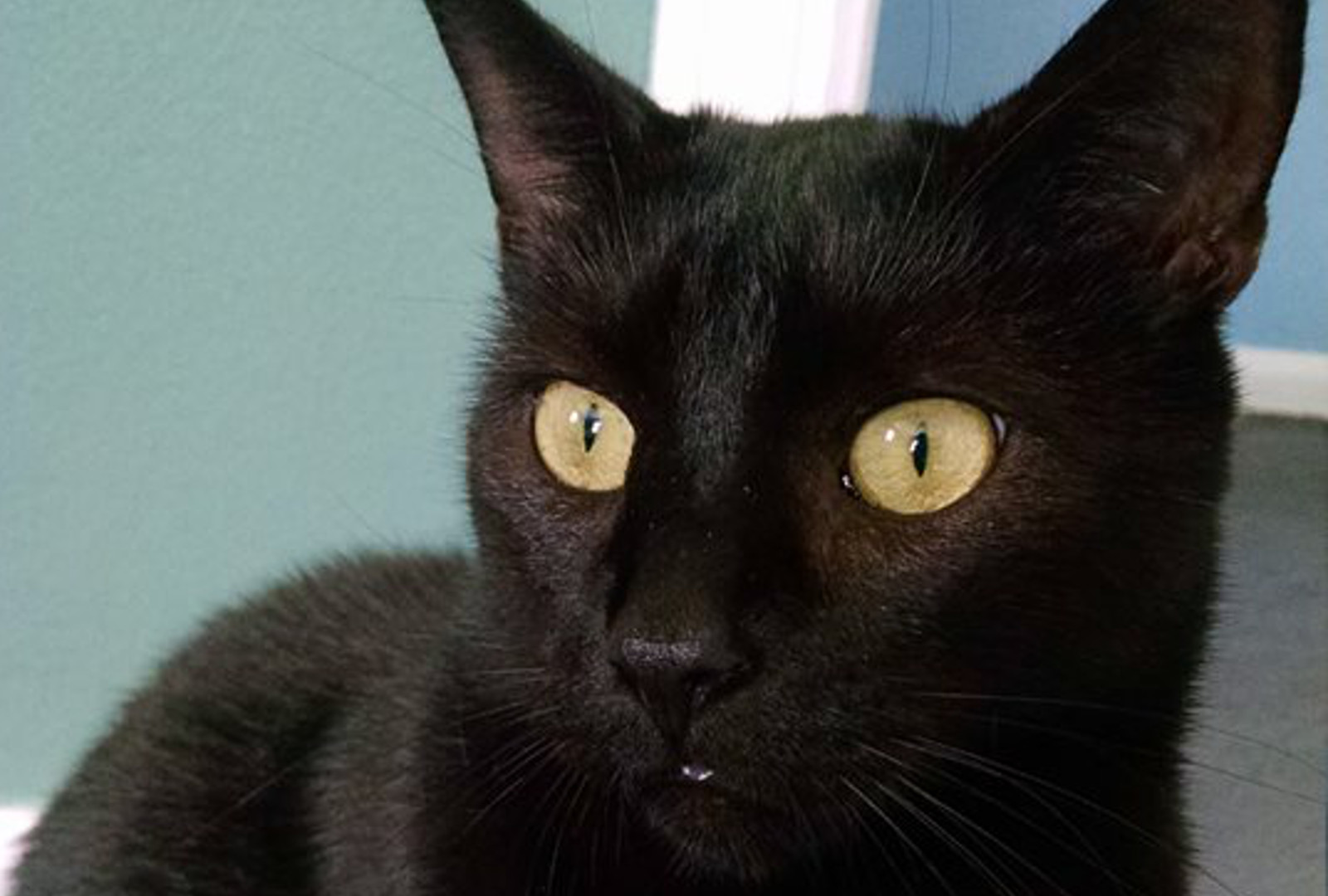 When you think of the term “lab animals” what comes to mind? Perhaps a room filled with white mice running through mazes, or maybe a chimp hooked up to an EKG machine. But, of the potential scenarios, you probably did not image an animal that you would consider a “pet.” After all cats and dogs are not meant for science experiments. Or so we are made to believe, despite the fact that thousands of cats and dogs are used in research laboratories every day.

Laboratories and universities that use domestic animals for testing do a scary good job at keeping the lid on which animals they use for tests and what happens to these animals once testing is complete. In most cases, animals are euthanized after research has been completed because consumers and activists alike would not be too pleased to hear that the animals they love are being forced to endure painful and inhumane trails all in the name of science.

According to PETA, 22,000 cats  are abused in labs every year, in the United States alone. Cats in scientific trails are subject to tests where electric probes are inserted into their skulls to conduct neurological studies, they are also used for diabetes research, immunological studies, cardiovascular disease, and even HIV and Leukemia research.

Although we love cats and treat them like a part of our family, these animals are frequently subjected to the deplorable life suffered by lab animals. While we might be a long ways off from completely eradicating this practice all together, there are many organizations fighting to end the use of all animals for lab testing. Beagle Freedom Project is most notably known for their work ending the use of beagles in the testing industry, but they are also instrumental in freeing other animals from this life as well. By forming working relationships with testing facilities, Beagle Freedom is helping to see that animals used in testing get to live a happy life once trails are complete. By rescuing animals from labs and rehoming them with loving adopters, Beagle Freedom is working to raise awareness for the issue of animal testing while providing a happy ending for many victims that are already part of this cruel industry.

Sadly, like so many other animals, Xander the cat once lived the life of a laboratory test subject. His guardian, Rachel Gruen tells OGP, “Xander was saved by BFP in January 2014 along with four other cats from a New York lab.” 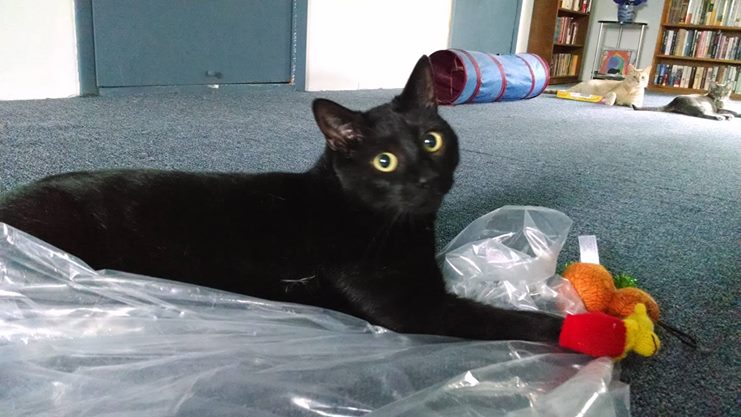 While the details of the experiments Xander was used for were not disclosed to Gruen, she explains to OGP that she suspects it was, “neurological testing … sadly a very common test that is done on cats,” she continues, “he had this strange way of staring at blank walls and cocking his head to the side when I first got him, in a very un-catlike way.” 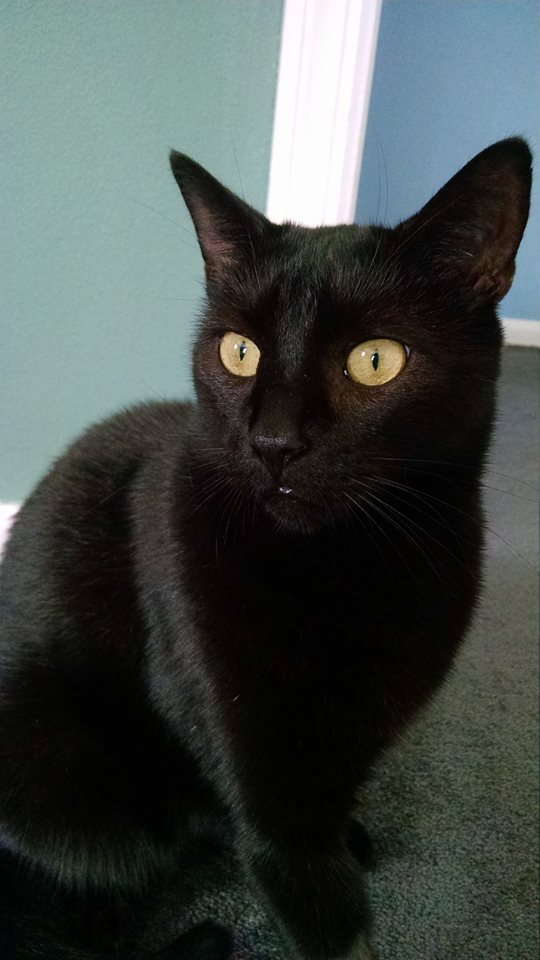 But like other recovering lab animals, Xander was by no means “broken.” Xander was rescued in January and spent one month with a foster family before being adopted by the Gruen family in March. In the course of a few months, Xander has recovered seamlessly.

Gruen tells OGP that Xander no longer exhibits the odd behavior of staring blankly into walls, she explains  “either those [behaviors] were learned in the lab and he realized he doesn’t need them to survive in a home and family, or his brain has healed from what was done to him.”

Undoing these unnatural behaviors is only part of his journey, Xander is also now learning what it means to be a regular cat. 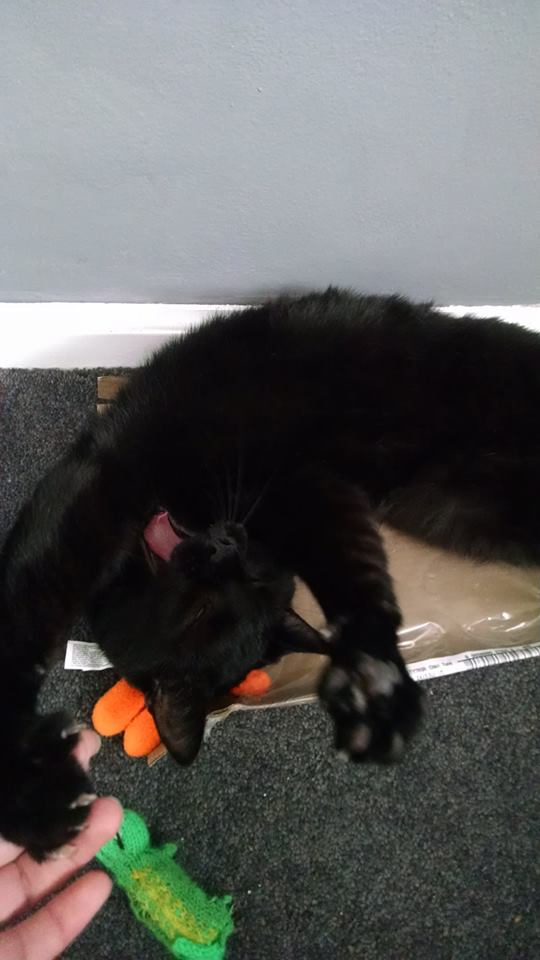 Gruen divulges, “when he first came, he did not wash after he ate, which is very unusual for cats and usually means they were taken away from their mothers when they were too young to learn. ”

Luckily for Xander, he had a whole host of feline siblings to help him learn along the way, “after watching his beloved cat family groom, he was a quick study, and now he washes with the best of them! He also takes it upon himself to groom his brothers, and it is so adorable. He loves them very much and is an integral member of a very bonded cat family.” 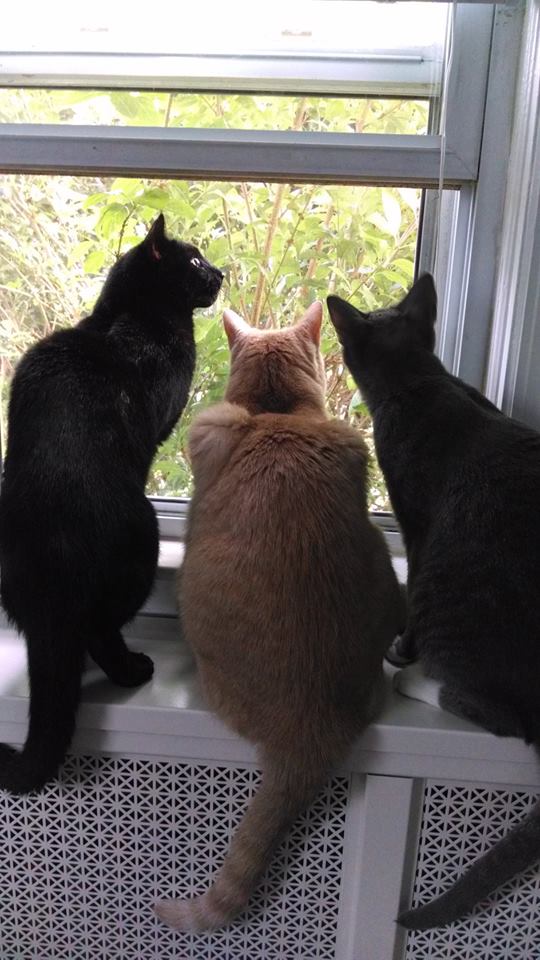 Xander has also learned to socialize with his human family members, in laboratories the cats learn to fear the humans who they come into contact with, so establishing trust is key to helping former lab animals adjust to their new lives.

Gruen tells OGP, “I can tell that he knows that people in the free world are kind and gentle; he clearly differentiates them from workers at the lab. When he first joined our family, he was quite the snuggle bug, wanting to be around me and in my arms at ALL time. He would actually put his paws on both sides of my head and pull himself up into my arms– so precious.”

The love and attention that Xander has found have enabled him to heal and develop into the cat he was always meant to be, “he really has become a safe, content house cat, and with that comes feeling free to let his feline nature out, including his autonomy and independence,” says Gruen.

Making a Difference for Other Lab Animals

While Xander’s rescue has allowed him to express his unique cat personality and to receive the life and love he deserves, it has also allowed him to partake in an even larger journey as an animal advocate. Like most modern pets, Xander has his very own Facebook page on which he (with the help of Rachel Gruen) posts about the issues surrounding animal testing.

Xander looks like a regular cat to you and me, but he is the face and representation of all the thousands of animals that suffer in labs at our expense. Gruen gave Xander his name because, “it means ‘defender of all,'” so naturally his new mission in life is to raise awareness for the many other animals that are currently suffering in the research industry. One of Xander’s main platforms is advocating for cruetly-free shopping.

Gruen tells OGP, “[this is] something we as consumers can really influence … When it comes to household/consumer products … I don’t see ANY reason why there should be animal testing — so many companies are completely cruelty-free, and their products are excellent!”

To learn more about the use of animals for cosmetic testing, click here and check out this wonderful resource on decoding cruelty-free labels.To join Xander on his mission to raise awareness for lab animals, follow him on Facebook.